Many people enjoy travelling around the Caucasian Reserve, and their number confirms this. Last year alone, more than 300 thousand people walked along the Reserve’s trails. For many travellers, this wasn’t their first time visiting the Caucasian Reserve. Meanwhile, the Reserve opens up new tourism opportunities. Our correspondent tried to find out what they were.

- “Scientific tourism is intended for those who want to dig deeper into the world of the Reserve, and maybe even feel like a scientific worker. This proposal is for the so-called “scientifically oriented” tourists who are well acquainted with the rules of behavior at the protected areas and accept the Reserve’s rules,” says Olga Pegova, Deputy Director of the Caucasian Reserve.

The journey is quite simple. Each group of tourists is accompanied by a researcher, so, the trip turns into a very interesting informative lecture in the fresh open air. The tourists have a chance to see plants and animals that sometimes remain unnoticed. 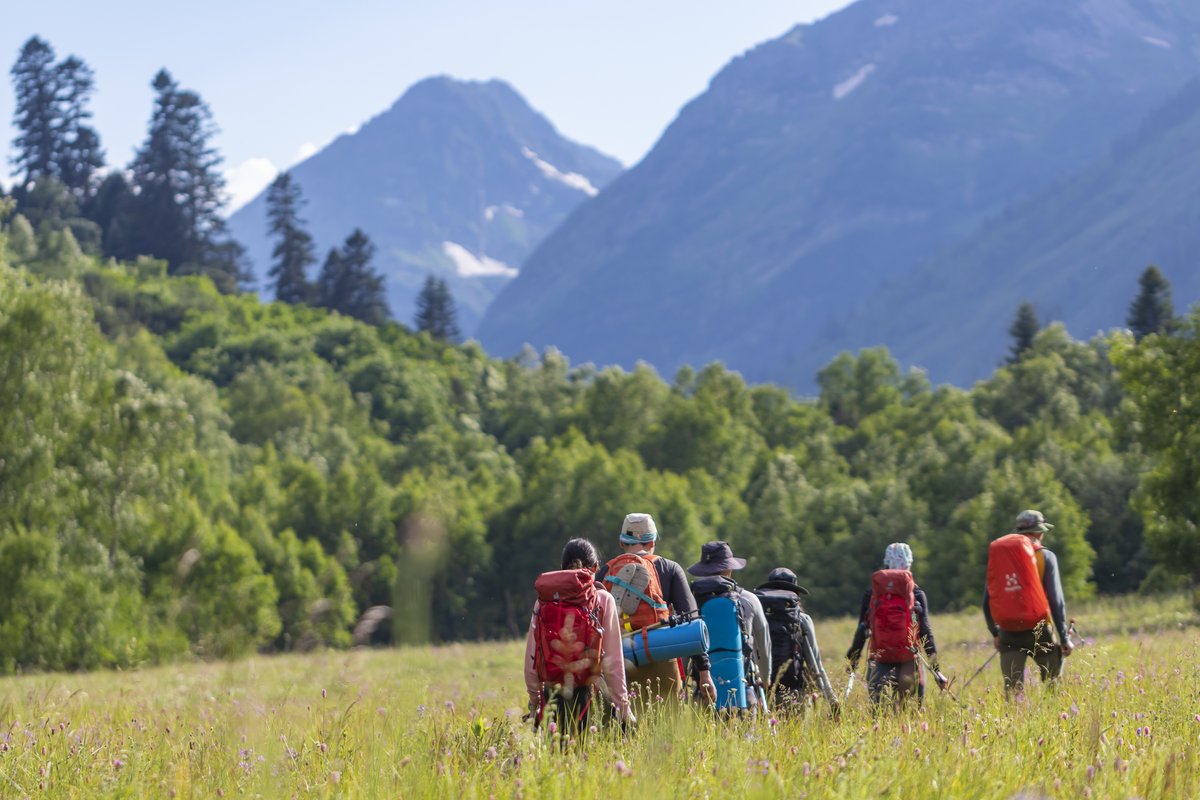 - “Each researcher accompanying the group is an expert in his or her field, so, the trips differ from each other. For example, entomologist Aleksey Bibin pays special attention to insects, so, the tourists normally begin to notice even the smallest insects in the forest. Our ornithologists explain much about birds, for example, where they nest, how the visitors should walk not to scare the birds away, whose eggs they see, our experts teach them to watch birds,” explains Olga Pegova.

Today, there are two routes for the scientific tourists at the Caucasian Reserve. The first one is to the high-mountain Dzhuga Weather Station. The trip to the Station takes 5 days and begins in the village of Krasnaya Polyana. The second route - the “scientific” one - starts in the eastern section of the Reserve at the Chernorechye lodge and takes 4 days. From there, the tourists go to Yartygvarta Mount where they can watch the largest group of bison.

- “The tourists travel in so called “field conditions”. That is, they use sleeping bags and carry their backpacks. At the Dzhuga Weather Station, it is quite comfortable, there is a house, bath-house, and clean bed,” says Olga Pegova. 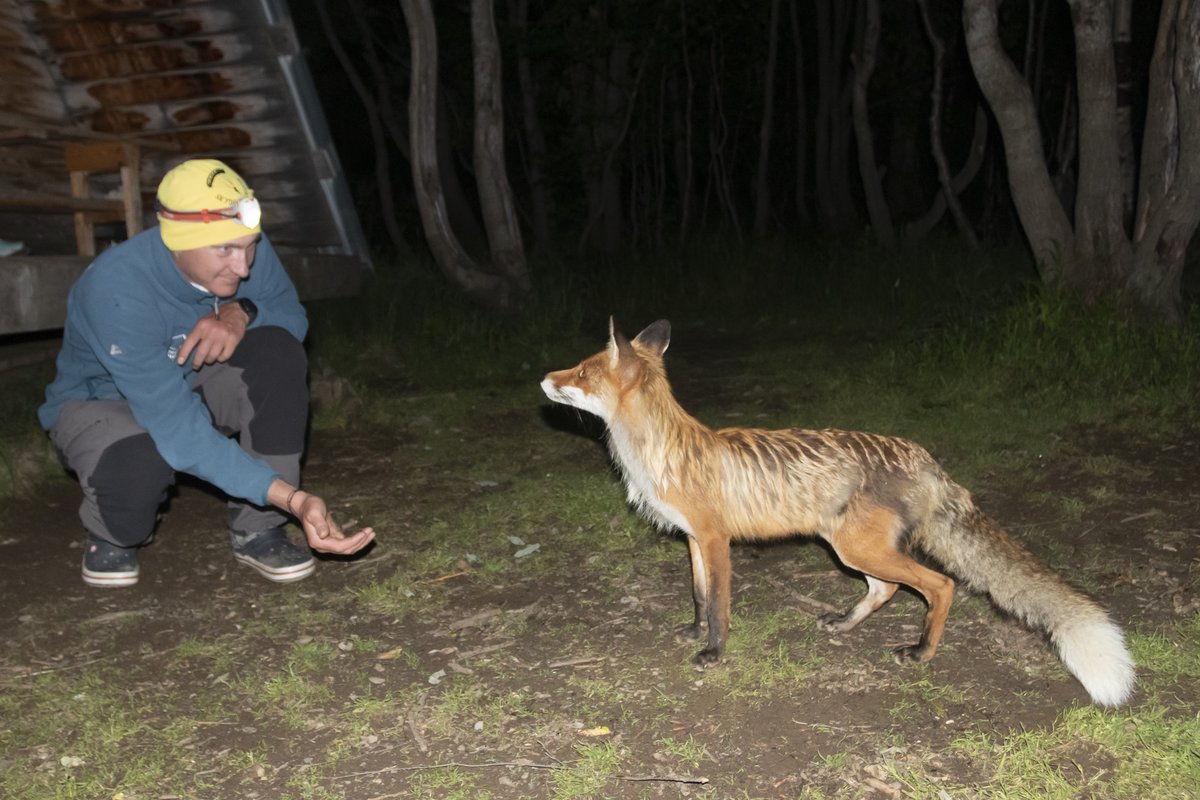 The group is accompanied by inspectors with horses that carry the necessary goods. Therefore, the tourists enjoy hearty meal like at home on such scientific “expeditions”, they have borshch (beet root and cabbage soup) or sunny-side-up eggs. Traditionally, they also eat buckwheat porridge with canned stewed meat.

- “Our guests say that it’s never so tasty even at home,” Olga Pegova smiles.

The tourist groups are formed according to a special schedule, because despite the Reserve’s desire to acquaint the guests with wildlife, the main task is not to do any harm to the wildlife.

- “There are rest zones at the Reserve, and there are periods when travelling is prohibited, for example, when the animals are expecting their cubs. We do not have a task to make the scientific tourism massive, that is why, the groups are small and include just 5-6 persons. Last year, there were three groups, and this season, we plan to have four groups. This is a kind of a VIP vacation,” explains Olga Pegova, Deputy Director of the Caucasian Nature Reserve.

The Caucasian Reserve’s personnel believe that nothing can limit the love for nature. For several years, the tourism opportunities for disabled people have been actively developed here. 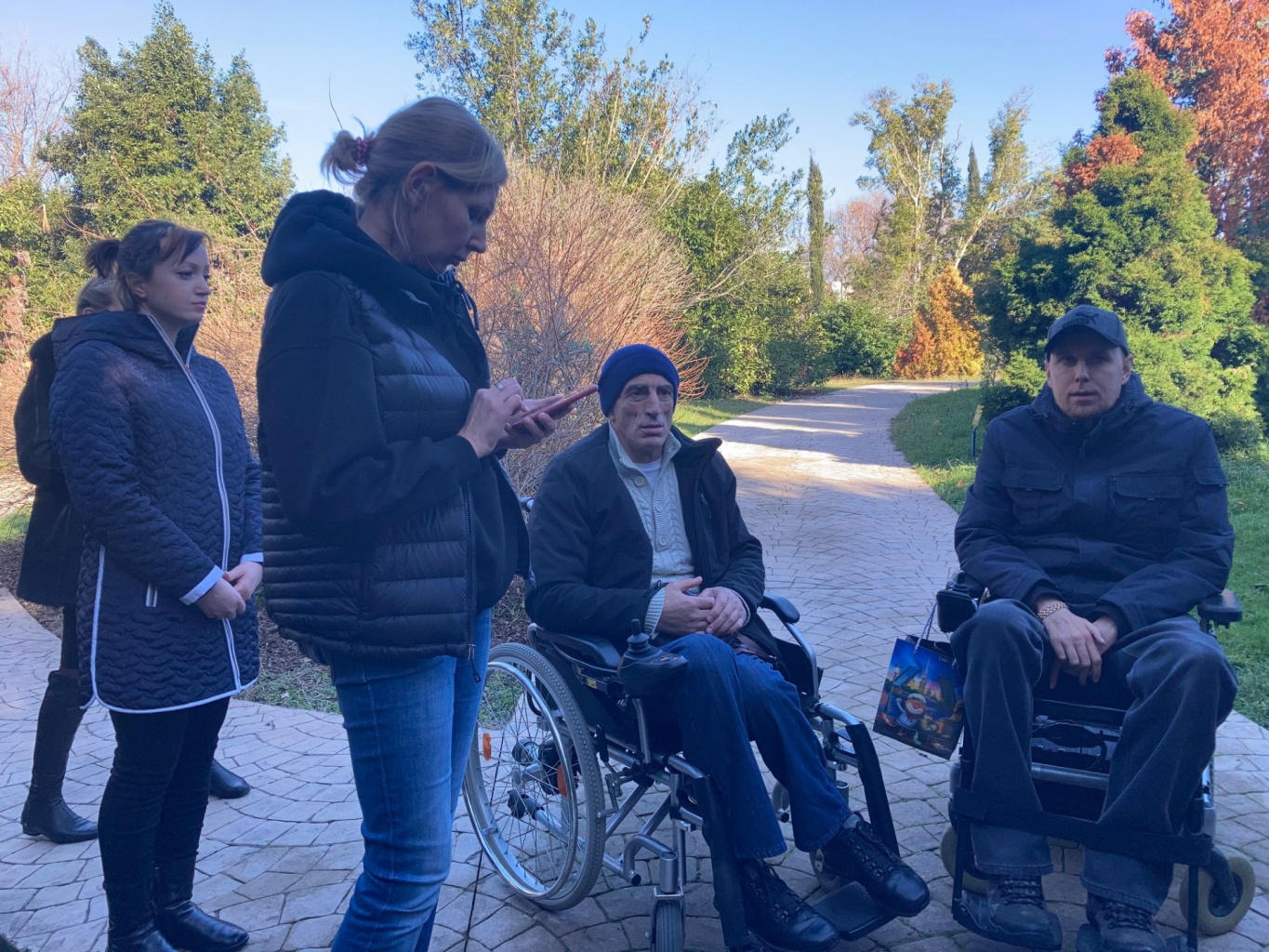 - “Today, several sights at the Reserve are equipped to be comfortable for the mobility challenged tourists, these are a yew-boxwood grove, the Yuzhnye Kultury (Southern species) Park, the Laura Eco-Centre, and an Enclosure Rehabilitation Complex. We are going to make some other routes for wheelchair users, however, it is very difficult because of the mountainous terrain. The paralympic team’s athletes helped us test the routes, but nevertheless, special sports wheelchairs are required to travel in the mountains,” the Caucasian Reserve’s employee explains.

But nevertheless, the Caucasian Reserve has become a wonderful platform for the rehabilitation and socialization of disabled people, such as hearing-impaired or vision-impaired ones and those with mental disabilities. Last year, several-day tours for autistic children were arranged at the Laura Eco-Centre.

- “We are implementing such programmes together with our partners who are specialists in inclusive environment. This is a kind of combined efforts. Our partners carry out the rehabilitation, and out task is to ensure the “nature immersion” for the children. During these tours, the children had a pretty tough schedule - the exercises, visits to the rope park, excursions, hikes, classes, and so on. At the same time, they got a lot of emotions as they “talked” to the animals, and “walked barefooted in cool water,” says Olga Pegova. 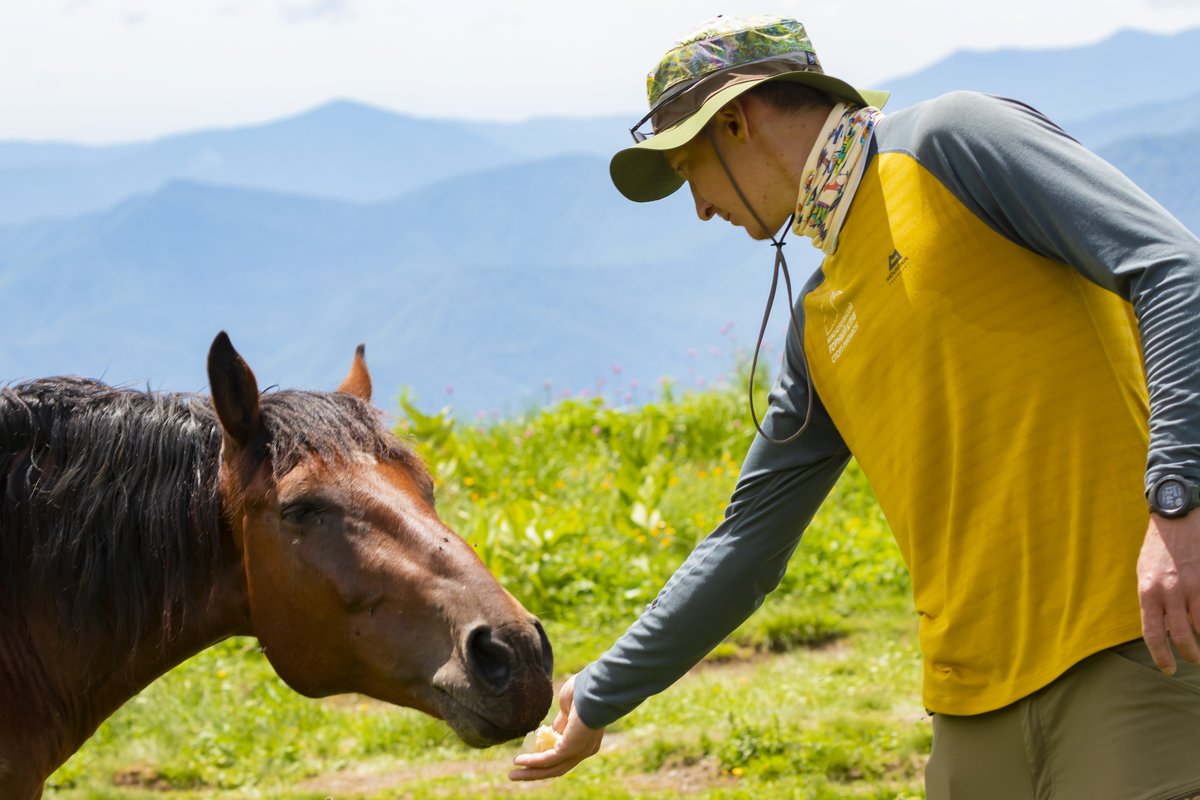 Another advantage of such several-day tours is the opportunity to socialize. This year, the guests of the Reserve were the graduates of various special education schools. They got good rest in nature and had a chance to try different professions - the boys helped with haymaking, and the girls helped in cleaning the tourist houses.

For those who believe that changing the activity is the best rest, there is a volunteering programme at the Caucasian Reserve. For many years, only a few persons who were interested in some kind of scientific activity became volunteers. Now, more and more people want to help the Reserve.

- “There are a lot of reasons to become a volunteer at the Reserve, and all the volunteers have their own reasons. For some people, this is an opportunity to combine business and pleasure, and for the others, it is just a reason to go somewhere. And someone wants to have a free pass to the Reserve. Although, there is no smell of greed here. It costs 300 roubles only to spend a day at the Reserve,” - explains Olga Pegova, Deputy Director of the Caucasian Nature Reserve. 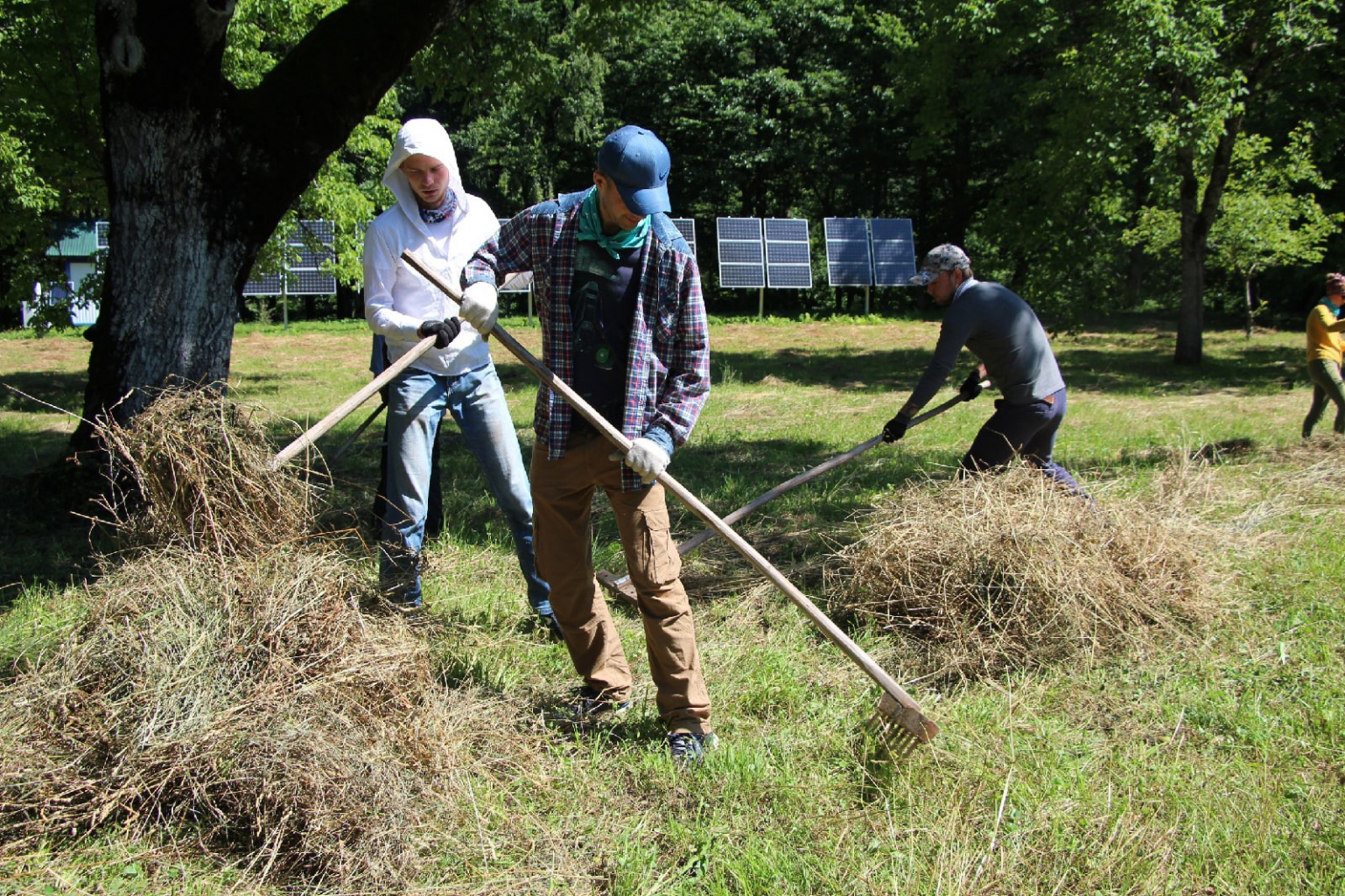 It is quite easy to become a volunteer at the Caucasian Reserve. To do this, you need to fill in a questionnaire on the Reserve’s website, tell the dates when you would like to work in nature, as well as your previous experience and whether you have any health problems.

- “As it turned out, volunteering “all ages yield surrender”. The youngest volunteer at the Reserve is 8 years old, the oldest one is 67. We have a “team” of silver-haired volunteers,” says Olga.

Most often, the volunteers help in preparing the sights and trails for the tourist season. But there are also very unusual options. For example, the members of the volunteer media of the Russian Geographical Society (RGO) who visited the Reserve started promoting the Reserve. And the young painters have created a huge colour map of the Reserve.

- “Last year, the art students who were our guests made an unusual art object. There is a large water supply pipe on one of the routes in Krasnaya Polyana, on the road to the Yefremov’s horizon. The students decorated it with the quotations from the book “The Trails of the Black Sea Region”. Now, we are planning to put up the signs with the QR codes,” says Olga Pegova.

Today, the Reserve has over 200 permanent volunteers. Every year, more and more people want to “work” in nature.

Photos - courtesy of the Press Service of the Caucasian Reserve

Igor Sizov
Special correspondent, EcoTourism Expert
More
Beslan Miziev, Chairman of the Tourism Committee of the Republic of Ingushetia, talks about the tourism potential of the land of the towers
How a teacher of English combines her work of a restaurateur in North Ossetia with teaching at school and training the personnel
﻿Olga Shebzukhova, one of those who took part in the yachting tourism development told the readers about the future yachting projects on the Black Sea coast of Russia