“Men in Black” in a Sochi Way

With the onset of spring in Sochi, active preparations for the summer season begin. The owners of hotels and restaurants are preparing for it, as well as the scientists. In the warm season, the pests wake up in the resort city. In recent years, the pests have become a real environmental disaster for Sochi. They completely exterminated the rare boxwood, caused significant damage to the chestnut tree and started to damage palm trees. Serious efforts have been made to preserve the green beauty of the resort city and to control pests. Boris Tuniyev, Deputy Director on Science of the Sochi National Park, spoke about how unique plants of the glacial period are regenerated in Sochi and what size cockroaches can be.

- For many years, the attention of the environmental community has been focused on the reforestation of boxwood in the Caucasus. How did such an unpleasant boxwood problem come about?

- Let’s start with the fact that box trees that grow in Sochi and nearby areas, are the relic of the pre-glacial period. That is, 18 to 20 million years ago, such forests covered all of Europe and part of Southwest Asia. But during the Ice Age they died. These plants have survived only in the region of ancient Colchis protected by mountains. Today, the Colchis box trees (Buxus colchida) grow in the area of the Black Sea coast of the Caucasus, as well as in Adygea, Abkhazia, Georgia, South Ossetia, and Turkey. It turns out that these trees are unique. The problems with boxwood in Sochi began in 2009. That year, due to climate change, the box trees were affected by fungal diseases caused by volutella and cylindrocladium. In 2012, box tree moths (Cydalima perspectalis) were added to the problem. These pests were brought along with foreign planting materials. Despite the fact that our scientists immediately found these pests, two bushes made in the shape of a ball, were not destroyed. Apparently, human greed was the “winner”. As a result, the box tree moths began to destroy the local boxwood, they did it very quickly as these invasive pests reproduce and spread rapidly in the first stages. As a result, we completely lost boxwood in Sochi, on the northern slope in Adygea, in Georgia and Ossetia. It is clear that all this time, the scientists made a lot of efforts to save the boxwood. We made several expeditions to Abkhazia, but only the management of the Ritsa Relic National Park listened to our recommendations. Spraying the boxwood along the highway to Lake Ritsa was started, and the boxwood was saved. The Sochi National Park has preserved about three hectares of these unique trees.

- They have been struggling with the problem of box tree moths in Sochi for almost a decade. How is the problem being resolved?

- For a long time, the problem with the spread of the box tree moths eating boxwood lied in the ban on the use of chemicals in the specially protected natural areas like the Sochi National Park. Therefore, various alternative methods were used at first. For example, local wasps were used, which were supposed to devour the larvae of the box tree moths and prevent their spreading. But it didn’t work. Pheromone traps used were also ineffective. The first successful method was spraying the plants with a solution containing spores of special predatory parasitic fungi. They were discovered by our colleague from Moscow Boris Borisov in the Agur Gorge. He found a predatory parasitic fungus that sprouted on moth. Based on the spores, a concentrate was made, which was sprayed on the box trees. A radical change occurred last year, when with the support of the Minister of Natural Resources and Ecology of Russia Alexander Kozlov, we received permission to use low-hazard chemicals in the Sochi National Park for spraying boxwood. This is most effective for destroying larvae of the box tree moths.

- How successful is the boxwood reforestation programme?

- A special nursery farm was created for the reforestation of the box trees in the Sochi National Park. In 2012, we managed to collect seeds from the preserved box trees, and they were planted in special plots. Until 2020, the box tree seedlings grew at the nursery farm, because there were many box tree moths at that time, and we had no means of controlling them. If we started planting box trees in the forests right away, we would simply increase the food supply for the pests. After changing the situation with the box tree moths, we began to plant the box trees. Now, more than 22,000 seedlings have been planted on 30 experimental plots in various forest areas where box trees used to grow. This programme will continue until 2030, we plan to plant 10,000 new box trees every year. 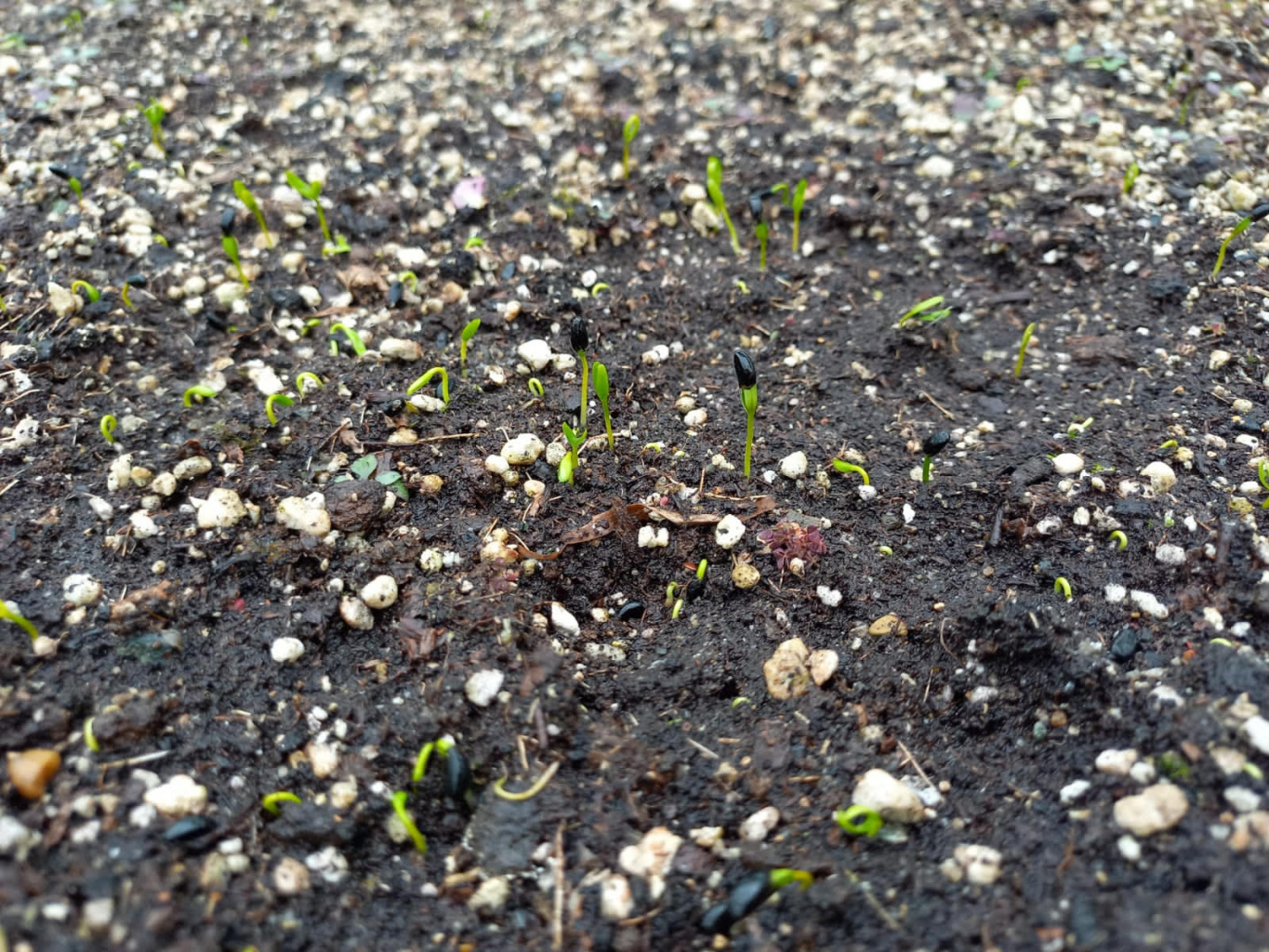 - Please tell us what a nursery is?

- Its area is one hectare, one third of which is for planting box trees. Last year, about 100 thousand seeds were collected, from which about 50 thousand seedlings will appear after natural selection. The first year of their life, the young plants are under a glass canopy, and if there is not humid enough, our artificial fog installations help. The plants are protected from any mechanical damage. The fact is that box trees grow very slowly, only one millimetre in diametre per year, a tree with a trunk diametre of more than seven centimetres at the base is a hundred years old. Therefore, seedlings grow 3 to 5 years in the nursery to become strong enough and be ready for planting in the forest.

- At such a pace, it will not be possible to quickly restore the boxwood ...

- Right, it will take at least 80 years. But today, we can say that we are moving forward in the reforestation of boxwood in Russia.

- In addition to the boxwood in Sochi, a threat looms over other plants, for example, chestnut trees (Castanea)...

- Yes, unfortunately, the European chestnut (Castanea sativa) had the fate of boxwood. Today, 46 percent of all chestnut trees in the Russia are in the Sochi National Park. Over the years, these plants have been weakened by various diseases - Cryphonectria parasitica, or chestnut blight. Following the disease, another invasive pest appeared - the chestnut gall wasp (Dryocosmus kuriphilus). Foreign experience helped us in solving this problem. In many countries where chestnuts grow (Italy, Slovenia, Japan), a natural enemy was used to fight against chestnut gall wasp, that is a specialized parasitoid entomophage, or a small wasp called Torimus. The chestnut gall wasp lays its eggs on the petioles of chestnut leaves, the larva forms a gall around itself with a hard shell. Torimus sinensis is the only pest whose larvae can penetrate the shell and eat the larvae of the gall wasps. The torimus sinensis’ galls obtained from Italy were kept at the All-Russian Research Institute of Forestry and Forestry Mechanization in Moscow (VNIILM) until the adult insects appeared. 5,000 torimus sinensis wasps were brought in special transport containers to Sochi and released in the main chestnut growing areas in the Maryinsky, Golovinsky and Dagomyssky district forestries of the Sochi National Park. A small amount was also released in the Caucasian Reserve. When it becomes warm and all the insects become active, we will see how effective this method can be. But the experience gained in other countries allows us to hope for success. 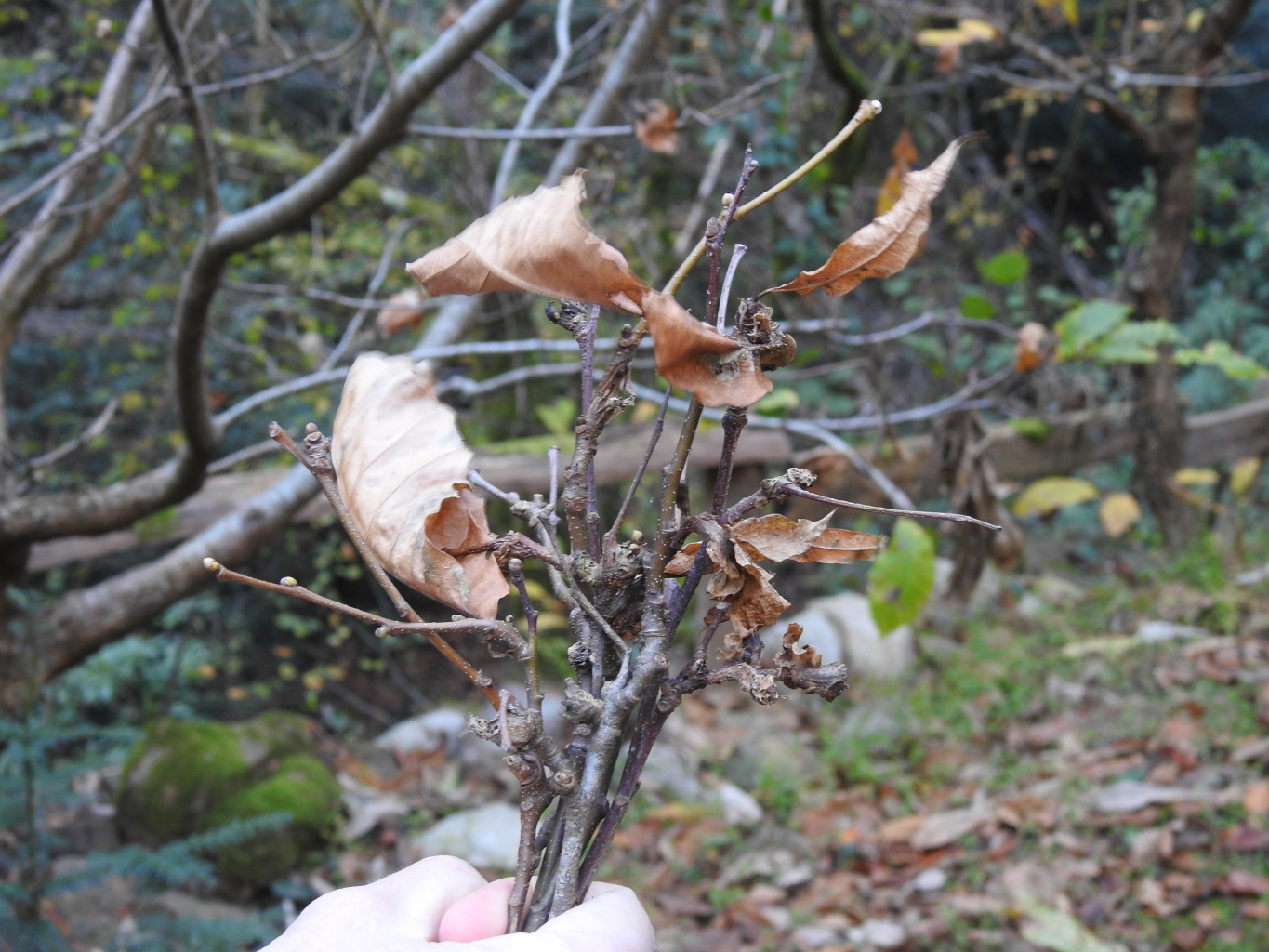 - On some palm trees in Sochi you can see huge cylinders. What are they?

- Last year, there was a great number of the palm borer moths (Paysandisia archon) in Sochi. These are large butterflies with a wingspan of up to ten centimeters. Their habitat is Argentina, they were brought to Europe and came to Sochi with planting materials, the palms trees. For the first time, these pests were seen in Sochi in 2014, and two years later, the first palm trees died.

The palm borer moths lay their larvae that eat into the petiole of palm leaves and begin to devour the plant trunk from the inside. In addition to the palm borer moths, the red palm weevils (Rhynchophorus ferrugineus) are another palm pests; these area large tropical beetles that eat away the trunks of the palm trees. But, while the palm weevil damages smooth-trunk palms, such as date palms (Phoenix dactylifera), yatay palms (Butia), washington palms (Washingtonia), and others, the “woolly” surface of the European and South Chinese fan palms is not an obstacle for palm borer moths. Today, our scientists have two modular sites in Sochi, where an experiment is being carried out to save palm trees. Cylinders with a special substance are attached to the tree, the substance enters the tree as if through a dropper and “kills” the pests. The experiment began last year, and soon, it will be possible to see the results.

- Another misfortune in Sochi is huge American cockroaches. Why are they dangerous?

- American cockroaches are most often bred to feed exotic animals. However, even despite their size - up to five centimetres long, they scatter quickly like other pests. Most likely, such cockroaches ran away from some kind of exotarium. At first, they were noticed in one area of ​​the resort city, and now, they are in several areas. These cockroaches do not pose a threat to urban green spaces or agricultural plants, they feed on plant debris. However, they can be carriers of dangerous diseases.

- It turns out that most pests come to the city with some kind of planting materials. Is it possible to solve this problem?

- Perhaps, it is, but a comprehensive approach is needed. First of all, a phytosanitary control is required when importing plants from abroad. The control existed in the Soviet Union and is almost completely lost now. Not only pests are “imported” with large trees. This is how the Italian wall lizard came to Sochi with centuries-old olives; this is a very aggressive lizard species, and the effect of its appearance on the ecological situation in the city is not clear yet. In addition to the phytosanitary control, it is necessary to establish a general approach to the processing of trees. After all, invasive pests spread not only in the Sochi National Park or the Caucasian Reserve, but also in the city of Sochi, in its parks around health centres, in private house areas where various trees grow. It turns out that today, we treat the plants in the special protected natural areas with special agents, while in the private sector, the people may not do this at all. It is necessary to create monitoring groups that will monitor the spread of various pests throughout the city. The only way to defeat pests and save the marvelous Sochi’s green area is by joining our forces.

Irina Sizova
More
Recently, outstanding issues of ecotourism have received an appropriate response and things are definitely on the move
Interview given by Pyotr Shpilenok, Director of the Kronotsky State Nature Biosphere Reserve
Director of the Caucasian State Reserve Sergey Shevelyov tells how the Priazovsky Nature Sanctuary in the Krasnodar Territory functions