Fedor Konyukhov: The winds of travels call me to a journey!

The adventurous Russian traveller Fedor Konyukhov whose has enough energy to be a balloon pilot, mountain climber, yachtsman, skier, painter and Orthodox priest is again about to go on a very long journey. This time, his way is to the North Pole where he has already made four expeditions in different years, both in groups and alone. However, this travel is special - he will drift alone on an ice floe. The famous traveller told EcoTourismExpert readers about the scientific tasks of the unique expedition, his creative ideas and plans for the future. 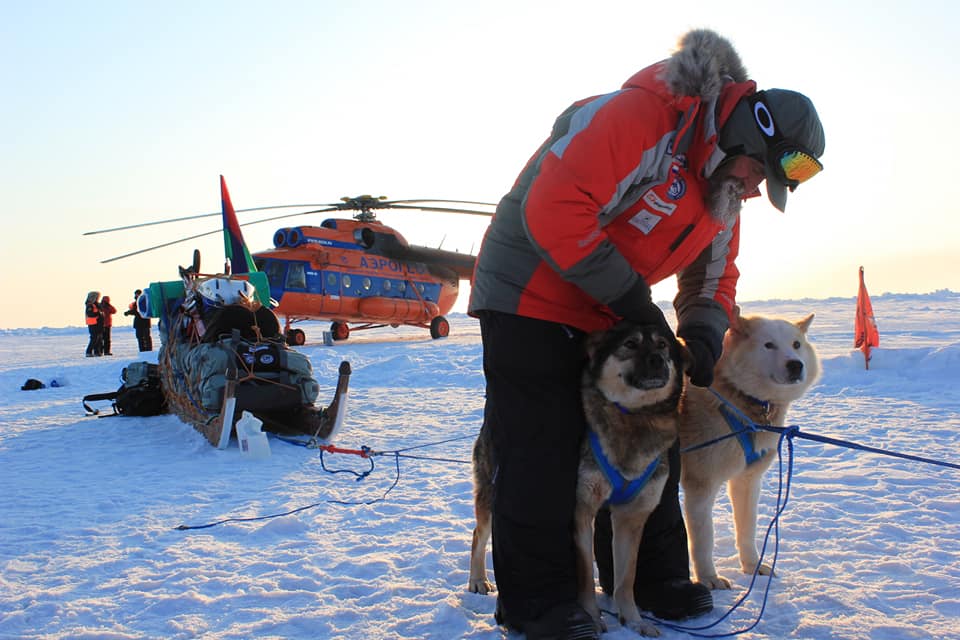 - Just a few days left before the start scheduled for 11 July. What is the expedition programme?

- We will set off from Murmansk on the “50 Let Pobedy” (50 Years of Victory) nuclear-powered icebreaker. Upon reaching the top of the Earth, the captain of the nuclear icebreaker will find a strong ice floe more than 3 metres thick and I will disembark from the icebreaker. For the first time in history, my polar single station will be on an ice floe. Drifting in the Arctic Ocean, I will spend two weeks on a drifting polar station. The station is already under construction here in Moscow; at the North Pole, we’ll only have to assemble it. Two weeks later, the icebreaker will return, the station will be located using special satellite equipment. According to the current estimations, I will drift around 100-120 km towards Greenland on my floe. 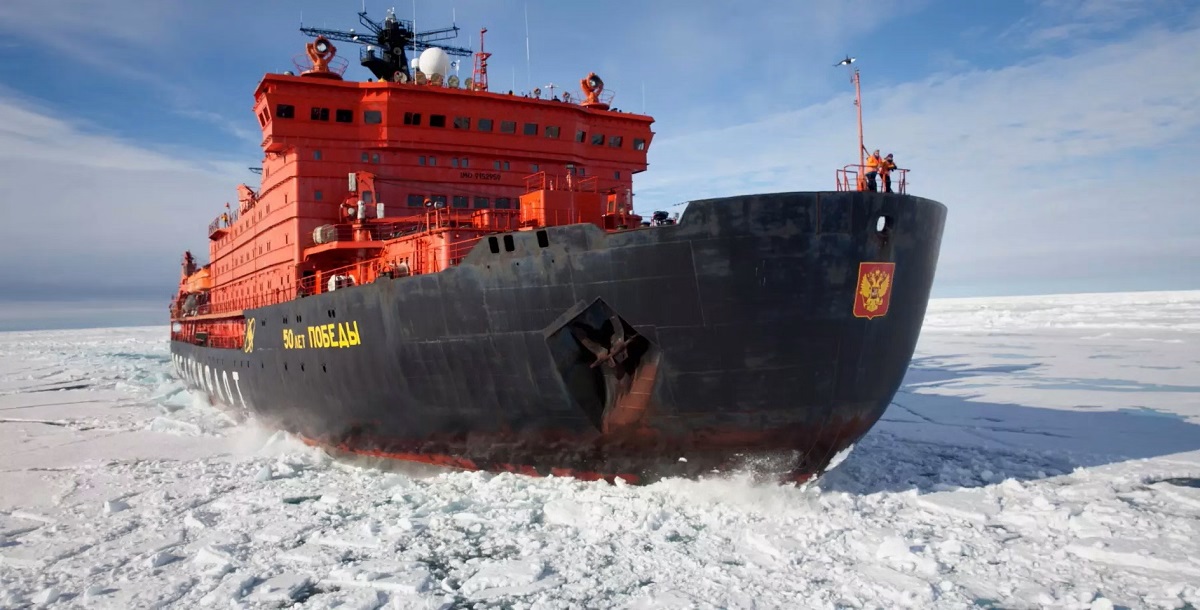 - What is the purpose of this expedition, is it a human tolerance test, equipment failure test or collecting scientific data?

- The main goal is to study the intensity of ice melting and the ice drift routes. I plan to devote my leisure time to creative activity and make a series of paintings featuring the beauty of the Arctic nature.

I reached the North Pole skiing, with a team or alone, mushing on dog sleds, as well as by an icebreaker and by an airplane, and now it’s time for a solo polar expedition. I love the Arctic, I love the North Pole. I love ice, and I like that my expedition is connected with scientific purposes and can be carried out not only for the benefit of our country, but also - as I say - to “measure the Earth’s axis” for the benefit of the whole world.

- Your expeditions are not only about the allure of free travelling for your pleasure, you do scientific research and test various devices and equipment. What failure tests will be carried this time?

- Specifically for this expedition, the Mobiba company from Novosibirsk has designed and manufactured a unique Rosnar R-436 tent. This company has been specializing in designing and serial production of expedition tents, stoves and folding furniture for over 15 years. Geologists and oilfield workers in the Far North have been using the tents made by the Siberian manufacturer for many years. The tents are successfully used in the hot climate of Central Africa and in the Middle East and have been used for a long time on the snow-capped peaks of the Himalayas at altitudes over 5,000 metres.

The R-436 project was launched exclusively according to the technical requirements of the Fedor Konyukhov’s Headquarters as a “Single polar drifting station”. To make it, the basic two-layer model was modified and now it has five insulation layers, a special sleeping module was added that looks like a kind of large “sleeping bag” with autonomous heating. The station ensures a microclimate, it is possible to create an artificial night during a polar day. There are special windows for a circular view to notice approaching polar bears, which is quite possible. The door assemblies have been upgraded to ensure quick evacuation in case the ice breaks. It includes a special folding bed, a special thermal casing for a heating stove, a dryer for equipment and clothes. In total, the “Single polar drifting station R-436” created for my Arctic solo drifting, includes 12 new projects and several approved patents.

As Alexey Sychyov, Honored Inventor of the Russian Federation and the founder of Mobiba, said about this project, “Since you will be there alone - all alone in the middle of the ice - studying the bottom of the world ocean and the chemical composition of water and also simultaneously testing the newest project of a polar tent designed to be used in the Far North for the benefit of Russia, let it be called a “Konyukhov’s tent” from now!

- What special equipment will the scientists provide?

- The scientific agenda of this expedition was prepared in cooperation with the Moscow Institute of Oceanology named after P. P. Shirshov that studies the detailed structure of the world’s ocean floor, especially in the Arctic Ocean. The problem is that it’s the ocean constantly covered by ice. The scientists are interested in the details and localization of the regular micro earthquakes. The Russian Academy of Sciences’ Institute of Oceanology developed a special device - self-contained ice seismograph - to record them. My task is to place it on the drifting ice and record local micro earthquakes. With the data recorded, ii is possible to reconstruct the ocean floor structure.

- What trips and new records are you planning next?

- The next adventure will be the world’s first solo sailing across the Pacific Ocean aboard a solar-powered NOVA catamaran. I have to cover 9,000 nautical miles (more than 16,500 km) during independent sailing in the Pacific Ocean from the coast of Chile to Australia. I will spend more than 100 days alone in the open ocean, sailing an average of 3,000 nautical miles a month.

The start of crossing the ocean is scheduled for December 2021 from the port city of Valparaiso (Chile) located at 35 degrees South latitude. The port of Brisbane (Australia) was chosen as the place of destination - finish. The “roaring forties” latitudes of the South Pacific require careful study of weather forecasts and proper selection of the right moment for a start. It is necessary to wait for an extensive anticyclone, with sunny weather and moderate winds. Such conditions will allow me to safely move away from the coast of South America.

While crossing the ocean, I will make video records and carry out the environmental monitoring of the ocean for the presence of plastic waste in the water. The collected samples and videos will be given to the scientific partner of the expedition - the RAS’s Institute of Oceanology named after P. P. Shirshov - for further study and interpretation.

The NOVA catamaran is the first ocean-class vessel under the Russian flag that also operates in unmanned mode. The independent sailing will last for six months, the range is unlimited. Modern technologies make it possible to conduct various observations, take photos and videos, take water samples and carry out measurements without human involvement. Thanks to this, NOVA can successfully function even in the most difficult natural conditions and zones of man-made disasters.

After the completion of the oceanic expedition, the catamaran will undergo maintenance in England at the Rannoch Adventure shipyard and will be delivered to Russia to continue research work in the Russian seas. Thanks to the use of composites, the catamaran hull does not have its own magnetic field and, accordingly, has no negative effect on the onboard research equipment. The NOVA catamaran is able to cross even the Arctic Ocean in summer along the Northern Sea Route.

The solar energy will also be used in the conquest of the airs in the next planned project “Albatross: the first non-stop solar powered flight around the world” that will be carried out jointly with Mikhail Lifshitz.

- You will celebrate your 70th birthday (December 12) while travelling. Рow does the song go - “Old age won’t find me at home”? What inspires you to make long journeys? It seems, you have already seen everything, haven’t you? Your expeditions are extreme, sometimes very dangerous. Are you not afraid to be unable to return to your doorsteps one day?

- I don’t go on my expeditions just for the sake of an adventure. This is my life. There is always the fear of the force of nature, which is normal, but my curiosity beats the fear. The polar station will not only allow me to do scientific research, but also to paint pictures and keep a diary. I love our planet. No matter how much I travelled, it always seems I have seen only a small part of it. 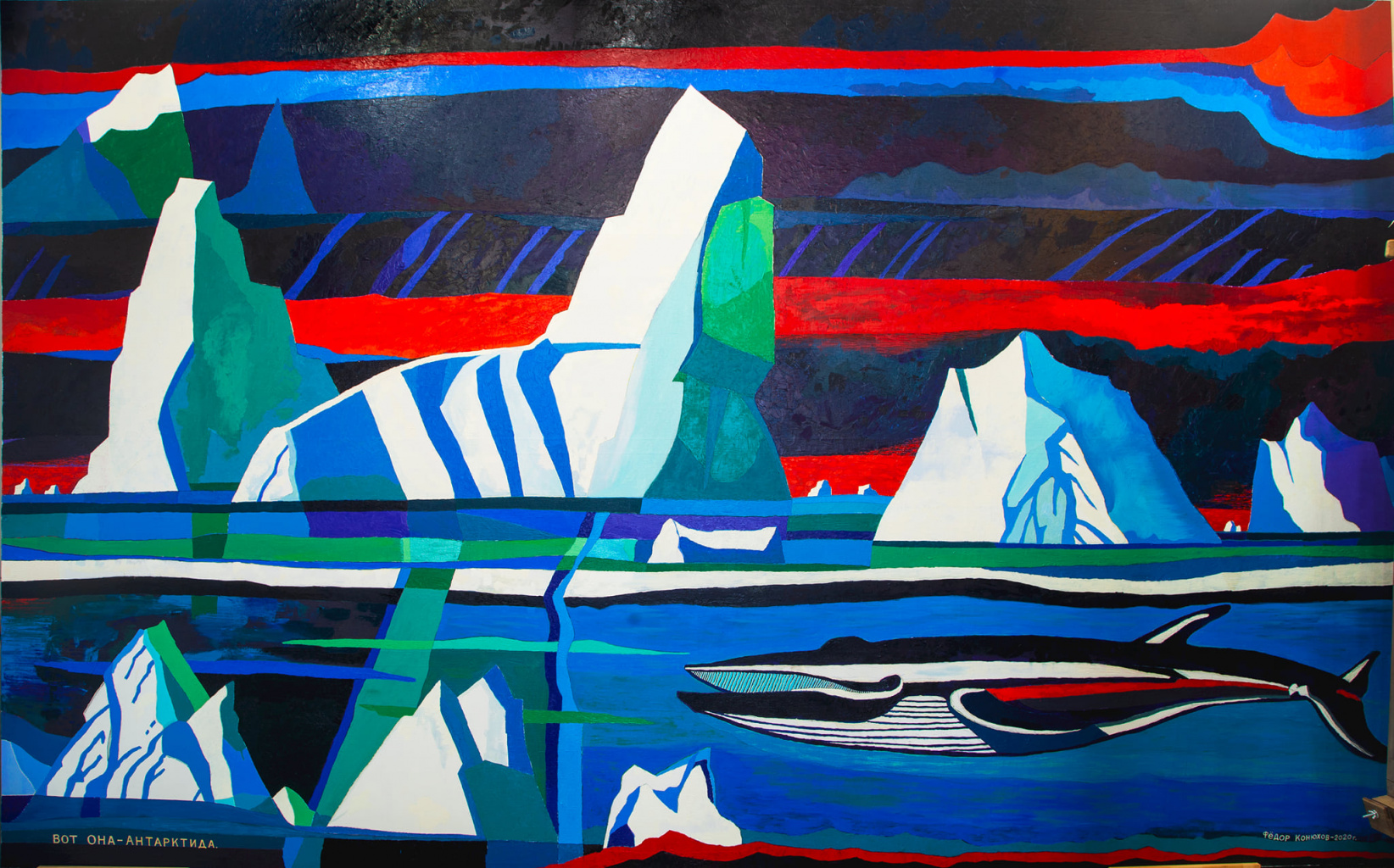 1989 – He went as a member of the first Russian autonomous expedition “Arctic”, led by Vladimir Chukov, to the North Pole. Start: March 4, 1989, Severnaya Zemlya archipelago, Schmidt Island. The expedition reached the North Pole on May 6, 1989.

After Fedor Konyukhov crossed the Arctic on dog sleds, an anecdote appeared. His dog is most of all afraid to hear the words “let’s go for a walk” from its master.

The life and development of the main Russian resort city