Dagestan Reserve: Welcome to the realm of the “four elements”! 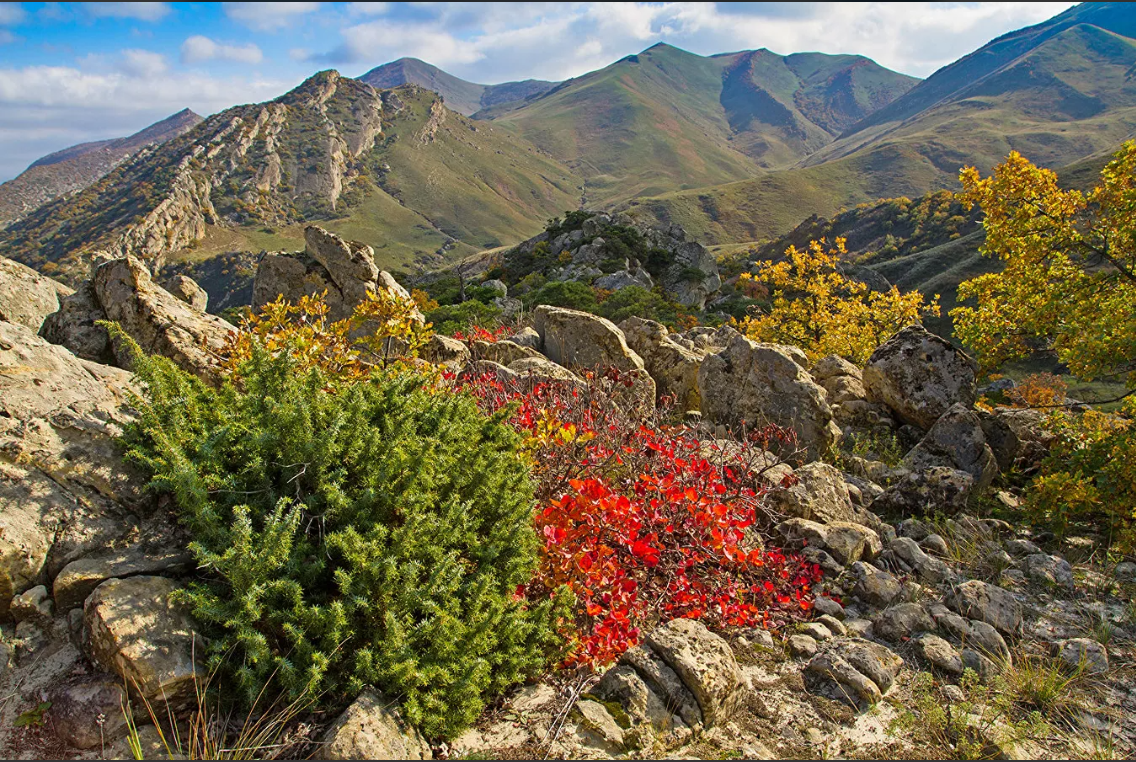 - Today, there are 102 reserves and 39 national parks in Russia; what is unique about the Dagestan Reserve, why do they say that true lovers of wildlife and environmentally sound recreation should definitely visit the Reserve?

- Our Reserve is the only one in the Republic of Dagestan and includes six protected areas. In 1987, “four elements” of nature - mountains, sea, deserts and forests - were combined to form two completely different areas - the Kizlyar Bay and the Sarykum Dunes. At present, the “Reserved Dagestan” consists of several specially protected natural areas of federal significance including two sections of the Dagestan Reserve (Kizlyar Bay and Sarykum Dunes), two clusters of the Samursky National Park (Samura Delta and Shalbuzdag), and three federal wildlife sanctuaries (Agrakhansky, Samursky and Tlyaratinsky). In addition, the Dagestan Reserve operates at the Kizlyar Bay, the first UNESCO Biosphere Reserve in Dagestan.

The total area of these truly rare gems of nature is almost 200,000 hectares, this is a real paradise for ecotourists! The Dagestan Reserve is unique thanks to the diversity of its nature - the largest isolated Sarykum Dunes in Russia, and the Samur Forest that is the only tertiary liana forest in the country.

- Do these places attract most of the tourists?

- They are really exotic! The Samursky National Park and the Samursky wildlife sanctuary are located in the relict forest with rare trees entwined around with lianas, with the plants listed in the Red Book of Endangered Species. The protected area has 350 plant species and is inhabited by 194 bird species and 251 animal species, many of which are listed in the Russia’s and Dagestan’s Red Books of Endangered Species, for example, the steppe eagle or the black vulture. One hour of hiking through this forest, according to world-renowned doctors, is healthier than one day of rest at the resorts in Turkey, Egypt or Thailand. 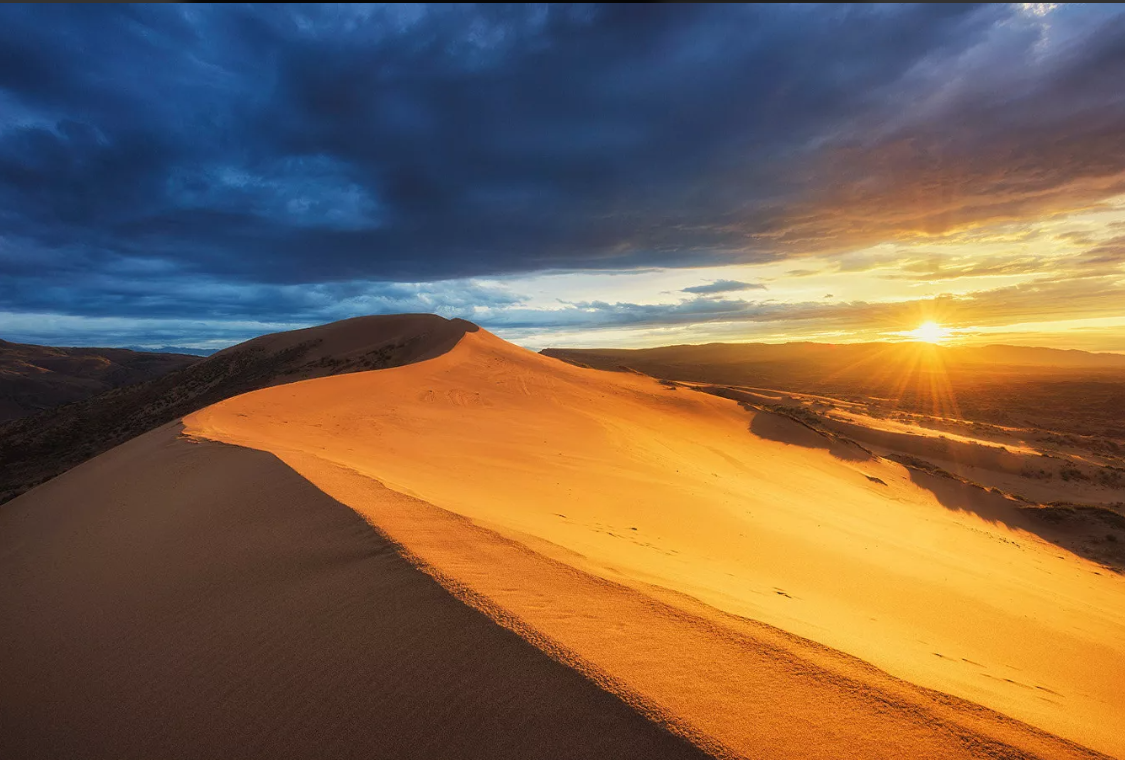 A lot of interesting things can be said about the Sarykum Dune, the world’s highest barchanes (sandhills). This is a very rare natural phenomenon for Russia, a small part of a real desert at the foothills of the Narat-Tyube ridge, surprisingly arisen 25 km from Makhachkala. Dozens of species of flowers, insects, snakes and birds living here are found nowhere else in our country. Many kilometres of the stunning dunes are most amazing. They are created by the prevailing winds in the region, which blow along the Caucasus Mountains to the northwest or southeast for most of the year and bring fine golden sand. The 245-metre “sandhill” is called Sarykum (or rather Sarikhum), which means “yellow sand” in the Kumik language.

The Sarykum Dune has a complicated history of its development yet to be studied. Scientists cannot yet explain how the sandhill appeared at the foothills of the Atlybuyun-Kharib Ridge in the Caspian steppe where there is no desert.

This small area of the desert is surrounded by steppes, rocky foothills, lush green meadows of the Shura-Ozen River valley, which creates very good conditions for an incredible diversity of flora and fauna. There is a very popular tourist trail here, and a house-museum visited by about 20,000 ecotourists a year. Today, it is safe to say that the Sarykum Section of the Dagestan Reserve has become a real landmark of the Republic’s ecological and educational tourism.

The highland Tlyaratinsky Sanctuary located 1 500 to 4 000 metres above sea level reveals the grandeur and beauty of the high mountains of the Eastern Caucasus. Here, the auls (mountain villages) with their authentic culture are scattered across the mountain landscapes, and all types of the Caucasus’ hoofed animals live in this protected area such as red deer, wild boars, roe deer, wild goats, East Caucasian (Dagestan) turs, bezoar (Persian wild) goats, as well as the persian leopards, the Reserve’s pride. 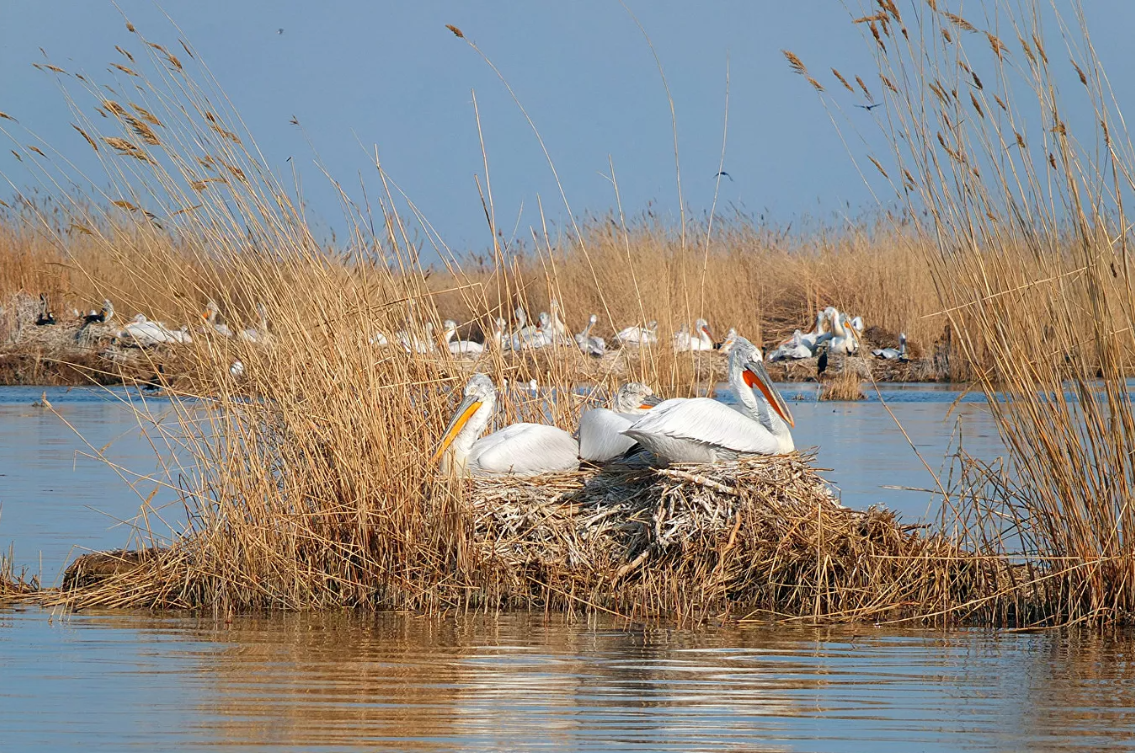 In the north of Dagestan, there is also the UNESCO Kizlyar Bay Biosphere Reserve, the core and buffer zones of which are also represented by a unique protected area of over 300 thousand hectares, which includes almost the entire bay, the adjacent semi-desert of the Nogai steppe, as well as the Nordovy and the Tyuleny (Seal) Islands. The world of rare birds is under protection in the bays of the northern part of the Caspian Sea. Here, the world’s largest nesting grounds of the Dalmatin Pelican - one of the symbols of the Dagestan Reserve - are located.

The stunning nature of this area used to attract only those who liked the wilderness tourism activities, but now, eco-tourism enthusiasts have the opportunity to spend time here with comfort as we have created the necessary infrastructure from scratch.

We are also developing and implementing the concept of a new Visitor Centre for the Samursky National Park created quite recently, at the end of 2019. In order for it to be able to receive, at least, 100 thousand visitors annually (as we plan) we are creating new trails and other infrastructure facilities for developing the ecological tourism here.

- They say your places are rich not only in nature, but also in glorious history?

- The Agrakhinsky Reserve, 39 thousand hectares, is not only rich in nature, but is of historical value as well. From here, in the 17th century, the Terek Cossacks carried goods in plain sailing log “cabins” to Astrakhan and further along the Volga River to various large Russian cities and villages. And in 1722, during the famous Persian campaign, Peter The Great ordered to make the branch of the Sulak River flowing into the sea deeper, so that medium-sized ships with heavy cargo could enter 32 km inland. A year later, the Holy Cross Port Fortress appeared at the today’s Agrakhansky Reserve.

The highlanders called this fortress in their own way, “Uras-Bazaar”, and its construction gave a violent impetus to the development of the economy of the Dagestani people. The highlanders we very lucky to have an opportunity to transport their goods to Moscow and St. Petersburg in the first half of the 18th century along the rivers and canals connecting them. Thanks to this, the friendship developed between the people of Dagestan and the Russians.

But in 1735, as a result of a separate deal with the Persian conqueror Nadir Shah, the beautiful port was surrendered along with the Caspian Plain and was immediately destroyed by the Persians and the highlanders (they were in the minority) who joined the conqueror. Although in 1741, the troops of Nadir Shah suffered a devastating defeat by the Dagestani people who drove the Persians out of these places far to the south, the Holy Cross Port Fortress was never restored.

- How are things going with an educational work, which is important?

- Special attention is paid to the popularization of the protected areas - the Reserve publishes and distributes a large number of booklets, posters, postcards and calendars. Particular attention is paid to the environmental education of schoolchildren and students; the groups of children from many parts of Russia regularly come to the Reserve. Throughout the country, we hold such events as March for Parks, Day of the Ecologist, Day of Birds, and others, in which thousands of schoolchildren take part. We organize children’s environmental camps for the local residents, involve them in the environmental clean-ups, show films about the protected nature of Dagestan. 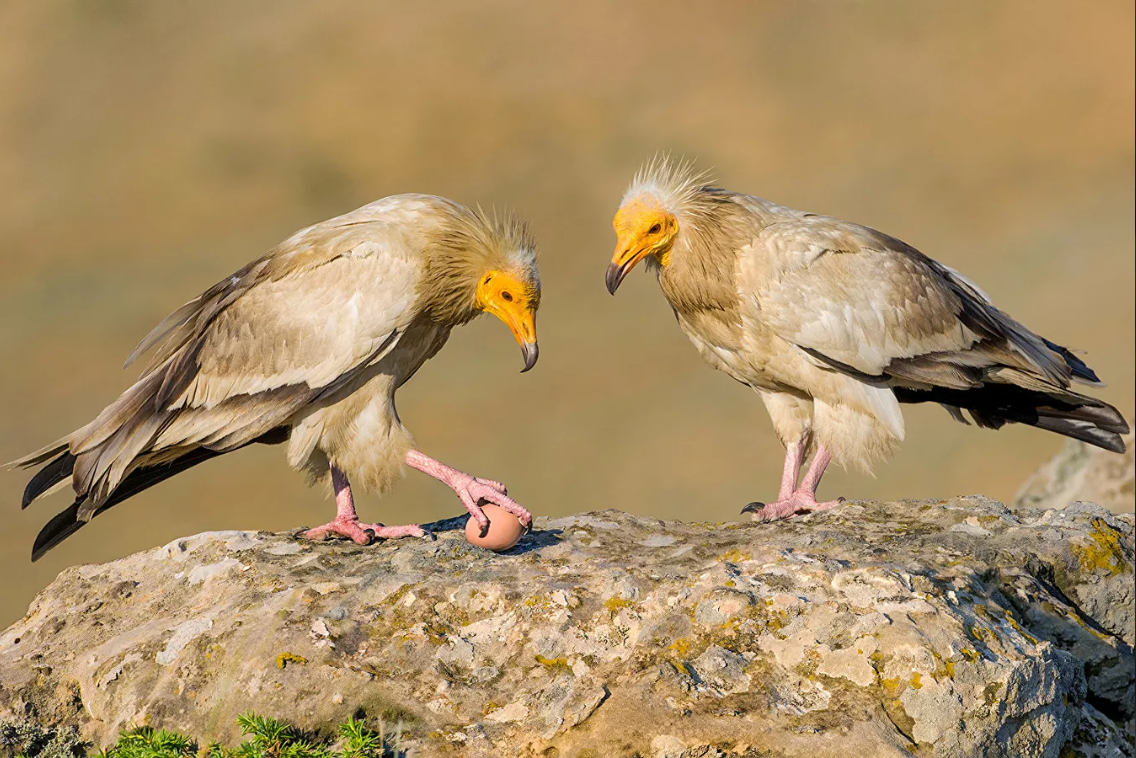 Nowadays, we are also actively adopting the experience in dealing with special visitors. In May, training was held at the Curonian Spit National Park for the employees of the protected areas in dealing with various disabled people; the colleagues from 35 specially protected natural areas took part in this training course with a broad geographical spread of the participants, from the Arkhangelsk, Smolensk, Orlov, Leningrad regions to the Crimea, North Caucasus, Kamchatka, Krasnoyarsk.

The organizers of the training course shared their practical experience with the participants in dealing with disabled people and helped determine the main directions of future work at their protected areas. Svetlana Nigmatullina, Director of Aura (independent non-for-profit organization) conducted the training course “Improving the Competence of the Protected Natural Areas’ Staff in Dealing with Disabled People”. Elena Sharova, the curator of educational and inclusive programmes at the Museum of Russian Impressionism, Lada Yefimova, PR-Director of the «Anton Is Nearby» fund, and other experts shared their experience in adapting the educational programmes to be used in dealing with the visitors having various abnormalities. The representatives of the Kenozersky and Krasnoyarsk Pillars National Parks, the Khakassky Nature Reserve, the Malye Korely Museum of Wooden Architecture, and the Tsaritsyno Museum-Reserve shared their experience in developing inclusive programmes and creating a barrier-free environment in the specially protected natural areas. The head of the «Friends for Friends» project at the Kenozersky National Park, Alexander Gildebrant, shared his experience gained when a group of disabled children visited them, as well as the peculiar features of this tour.

The Curonian Spit National Park was chosen as the location for the training courses because in 2018-2019, the infrastructure of the Korolevsky Bor (Royal Forest) ecological trail was made a barrier free environment for physically challenged tourists.

- Tell us about the scientific work at your Reserve. What can you boast about?

- The joint research planned for 2021 is in full swing, the leading research institutions of our country take part in it, including the A. N. Severtsov Institute of Ecology and Evolution (Russian Academy of Sciences, RAS), Institute of Forest Science (RAS), Zoological Institute (RAS), A. K. Tembotov Institute of Ecology of Mountain Territories (RAS), Caspian Institute of Biological Resources (Dagestan Federal Research Center, RAS), Moscow State University, Penza State University, Caucasian Reserve, Zhiguli Reserve, Meshchera National Park, and others. Particular attention is paid to the study of the biological and landscape diversity of the Samursky National Park.

Without a doubt, our pride is the Reserved Boarding House for Vultures set up in 2017 with the support of WWF Russia. As part of the project, a feeding ground for scavengers (griffon vultures, black vultures, Egyptian vultures, bearded vultures), was made at the Sarykum Dunes protected area, which contributes to the conservation of the local populations of these birds around the protected area. Sarykum is the only protected area in Russia where all these 4 species of scavengers are found in a small area in our country; these 4 species are listed in the IUCN (International Union for Conservation of Nature and Natural Resources) Red List of Threatened Species, as well as in the Russia’s and Dagestan’s Red Books of Endangered Species. In Russia and the countries of the former USSR, a stable working feeding area was made for the first time where a large number of rare and protected birds of prey feed regularly.

At the suggestion of professional photographers, a bird hide for bird watchers was equipped in 2019 at the feeding area to take pictures of birds of prey. At present, the feeding ground continues its work. This year, we plan to install a remote video surveillance system at the feeding site so that the visitors to the Reserve’s website could watch what birds come to this feeding place and their behaviour. 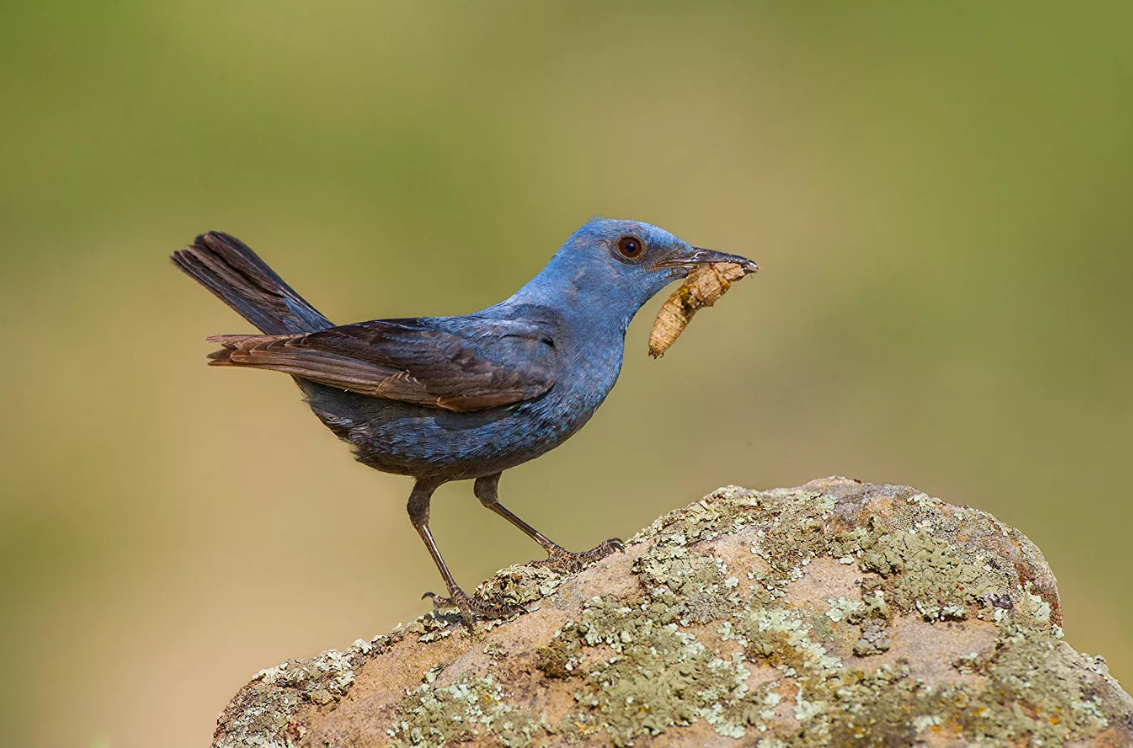 The Reserve’s immediate plans also include the projects for the reintroduction of goitered gazelle and Asiatic wild ass (koulan) on Tyuleny Island and the Sarykum area, as well as the project to protect the Caspian seals. In addition, transboundary reserves will be set up in the Samur River delta and the Eastern Caucasus highlands. 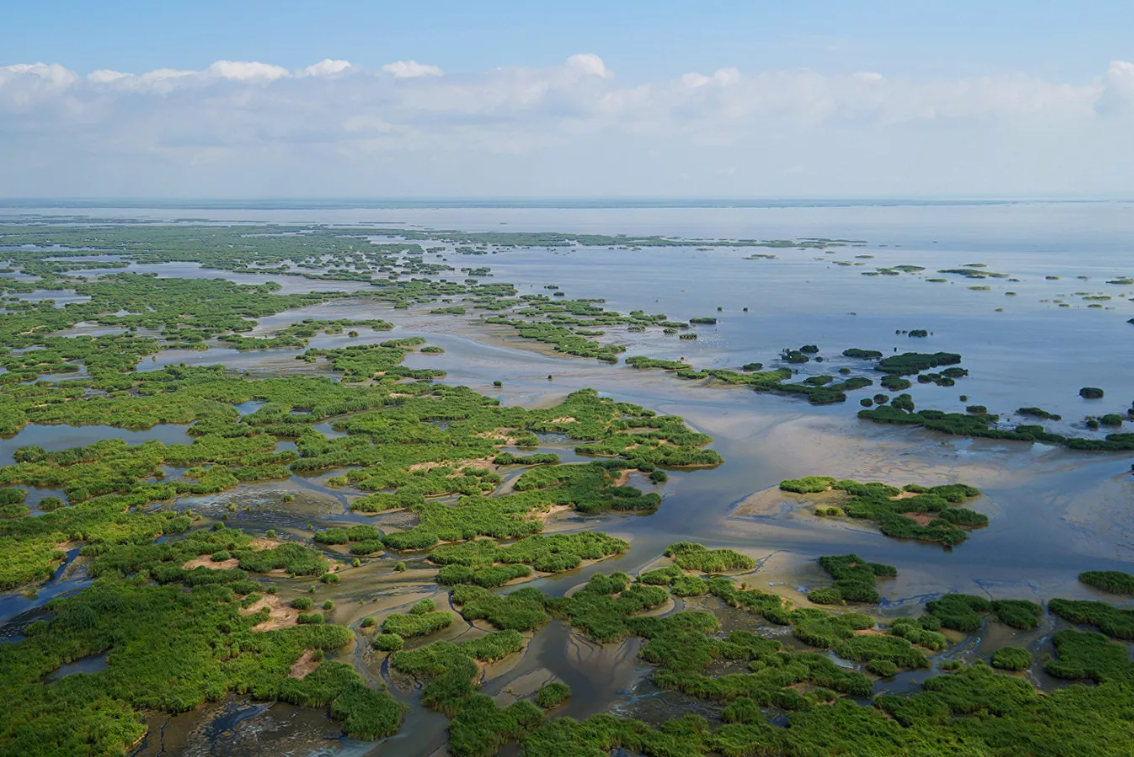 For a vacation “in the wild” in Karelia, first of all, you need to choose the right group of friends