Alexey Mitrofanov
Head of the marketing department of the North Caucasus Resorts
01-18-2021
# Caucus,Russia

Arkhyz: The land of mountain lakes and adventure travellers

The Arkhyz Resort, the most effective resort among the North Caucasus Resorts (NCR), has become the launching pad for the North Caucasian tourism cluster being created in southern Russia. It is Arkhyz that accounts for almost 29 out of 40 bn roubles allocated for the development of ski tourism in the Caucasus. 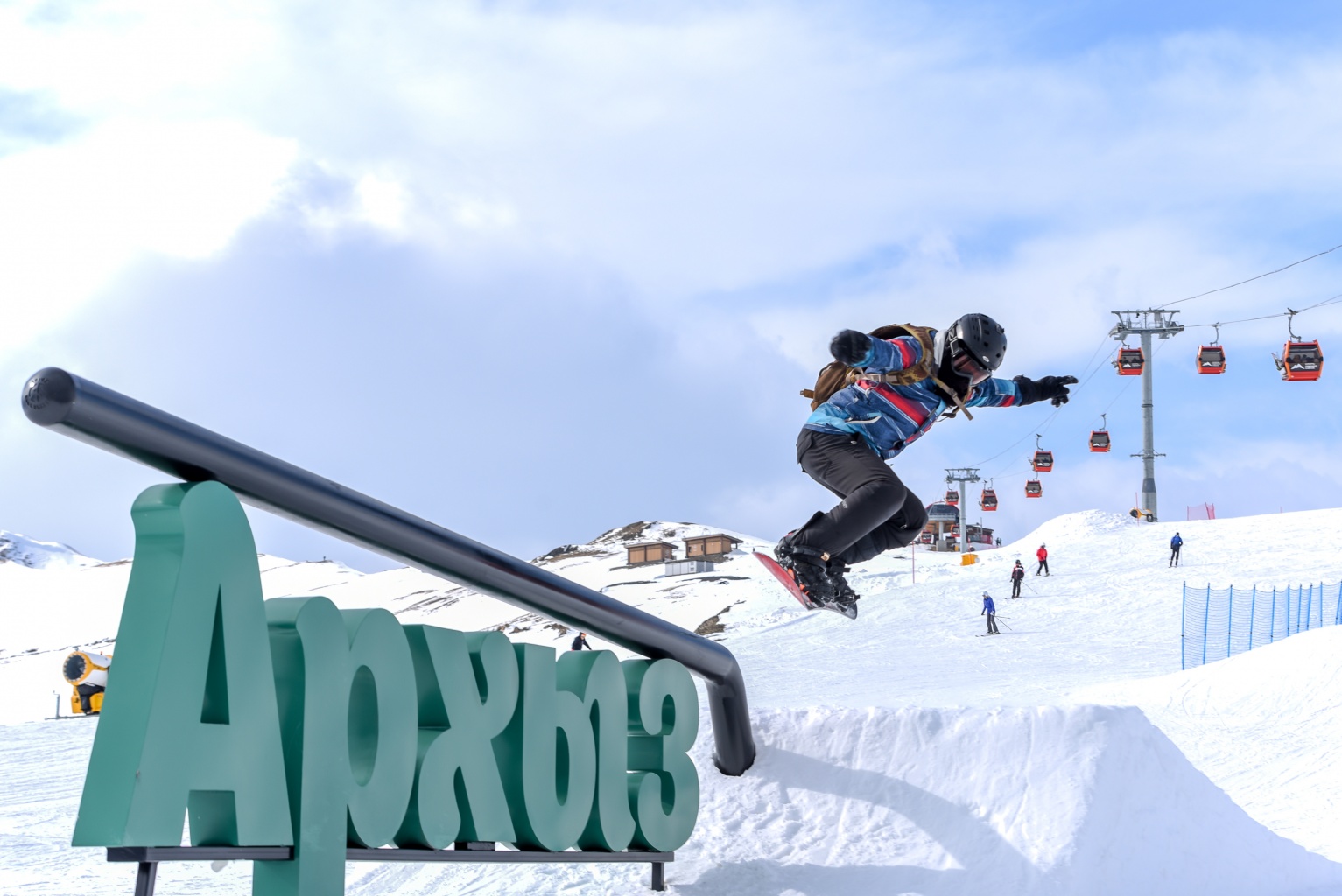 In December last year, the Ministry of Economy of the Russian Federation together with the government of Karachay-Cherkessia announced the development of a new concept, master plan, and ‘road map’ for the development of the Resort. They intend to take the Swiss canton of Valais - the core of the Alpine resorts - as a model. The Arkhyz Resort will have 100 km of new snow skiing runs making it one of the largest ski resorts in Eastern Europe.

Alexey Mitrofanov, head of the marketing department of the North Caucasus Resorts, tells the EcoTourism Expert readers how the project is progressing, what new fascinating trails, skiing runs, and amusement park are made for the guests, and how the winter Resort turns into an all-season tourist and recreational centre. 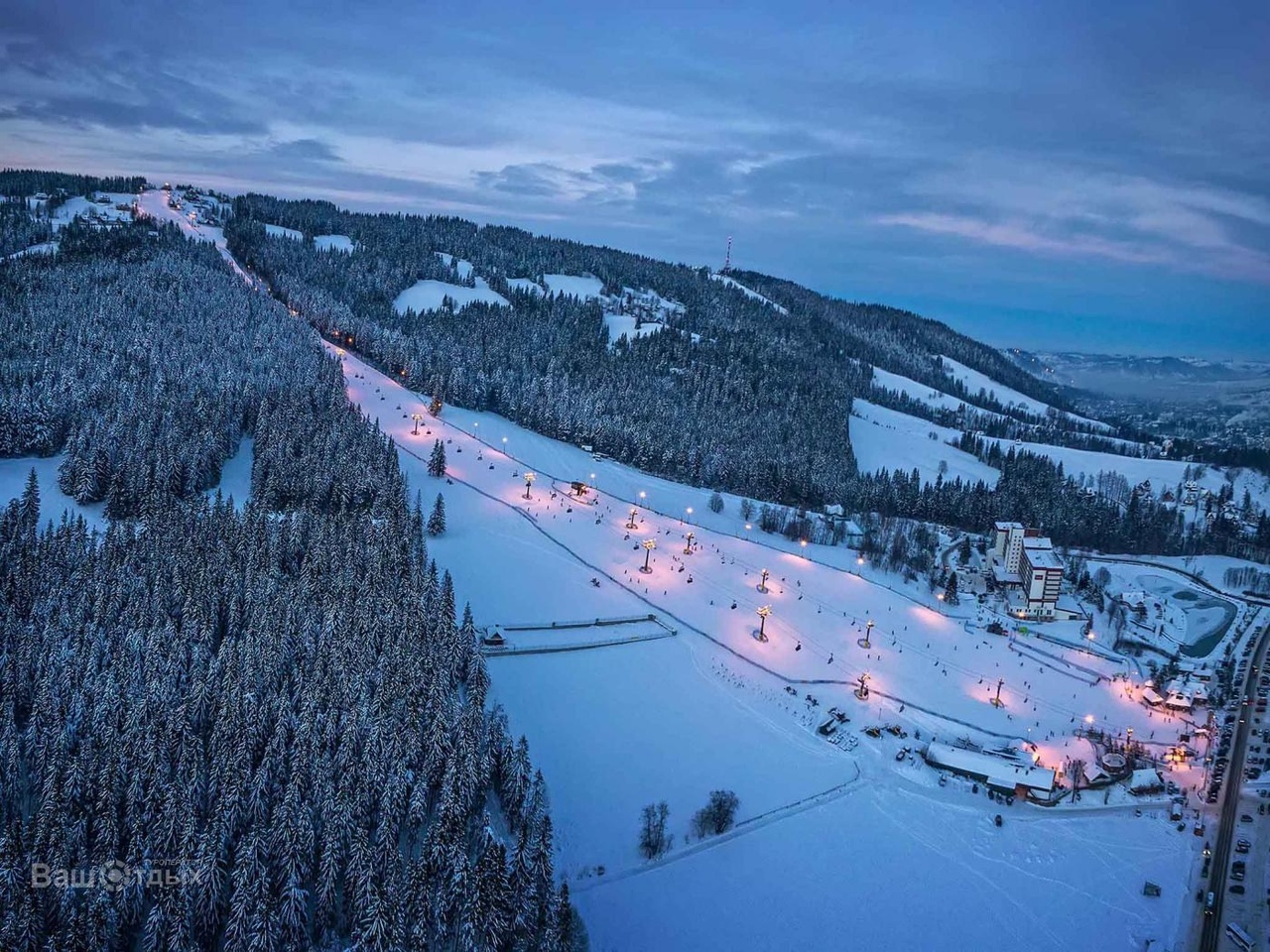 - What do you remember about the past year, were there many vacationers?

- Usually in the mountains, the summer trekking season opens in June, but last year, we missed a month and a half due to the COVID-19 quarantine. There were a lot of tourists, almost twice as many as in previous years, but not as many as expected due to the closed borders. Not all recreational capacities of the Resort were fully used - after all, the Russians prefer to go to the seaside for vacations. But it was pleasant to see emerging organized groups, from the groups of children to trekking ones, with an emphasis on active tourism. We offered the help of our guides who provided services in trekking in the mountains and organizing the tours, which played an important role. 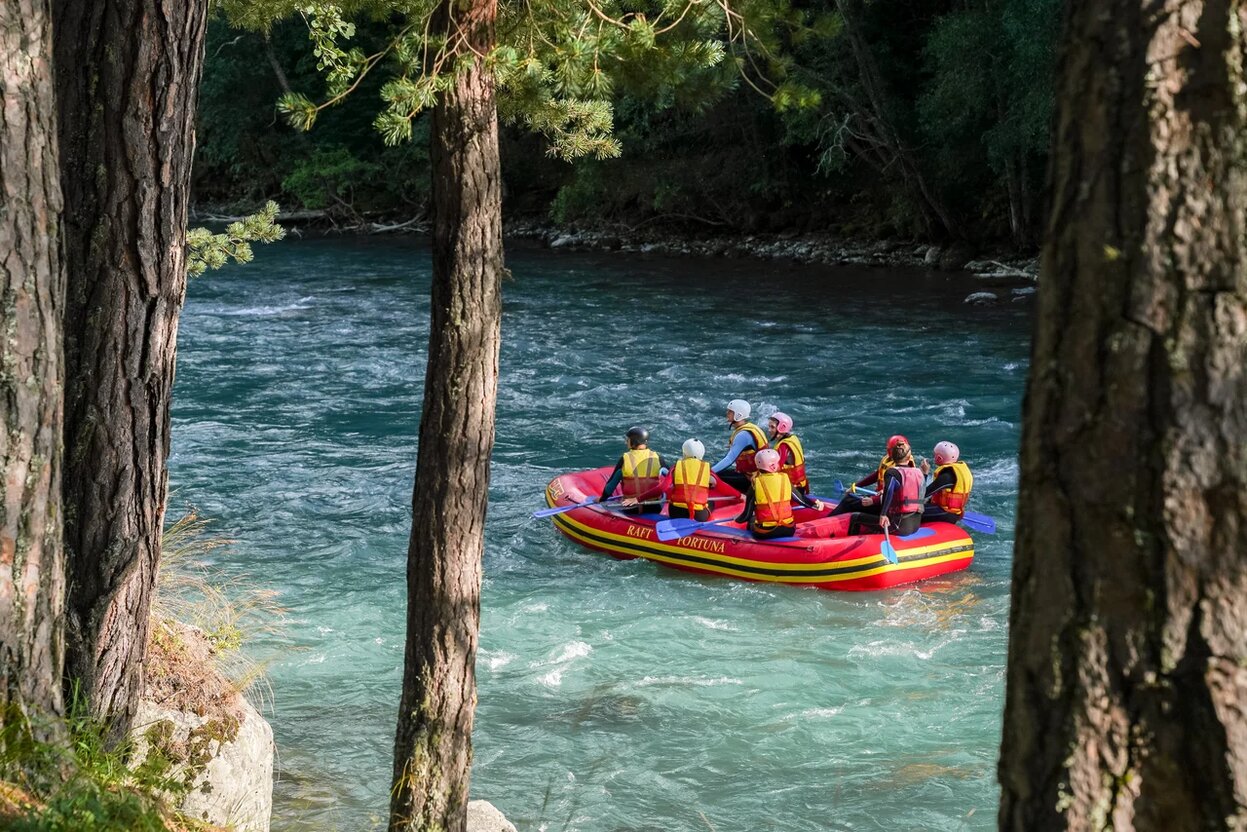 We saw a high demand for trekking, horseback riding, and off-road trips. The quad biking and motorcycling, paragliding are becoming more and more popular. This year, we will also focus on mountain biking, a lot of work has already been done to arrange this, the trails have been built, and we successfully held the Russian Mountain Bike Championship last summer. The participants told about very good conditions both at the Resort and in the bike park. In general, Arkhyz has actively taken up the development of bicycle touring: the old trails are being restored, new ones are being made, and the infrastructure facilities are added that will make mountain bikers feel comfortable here. 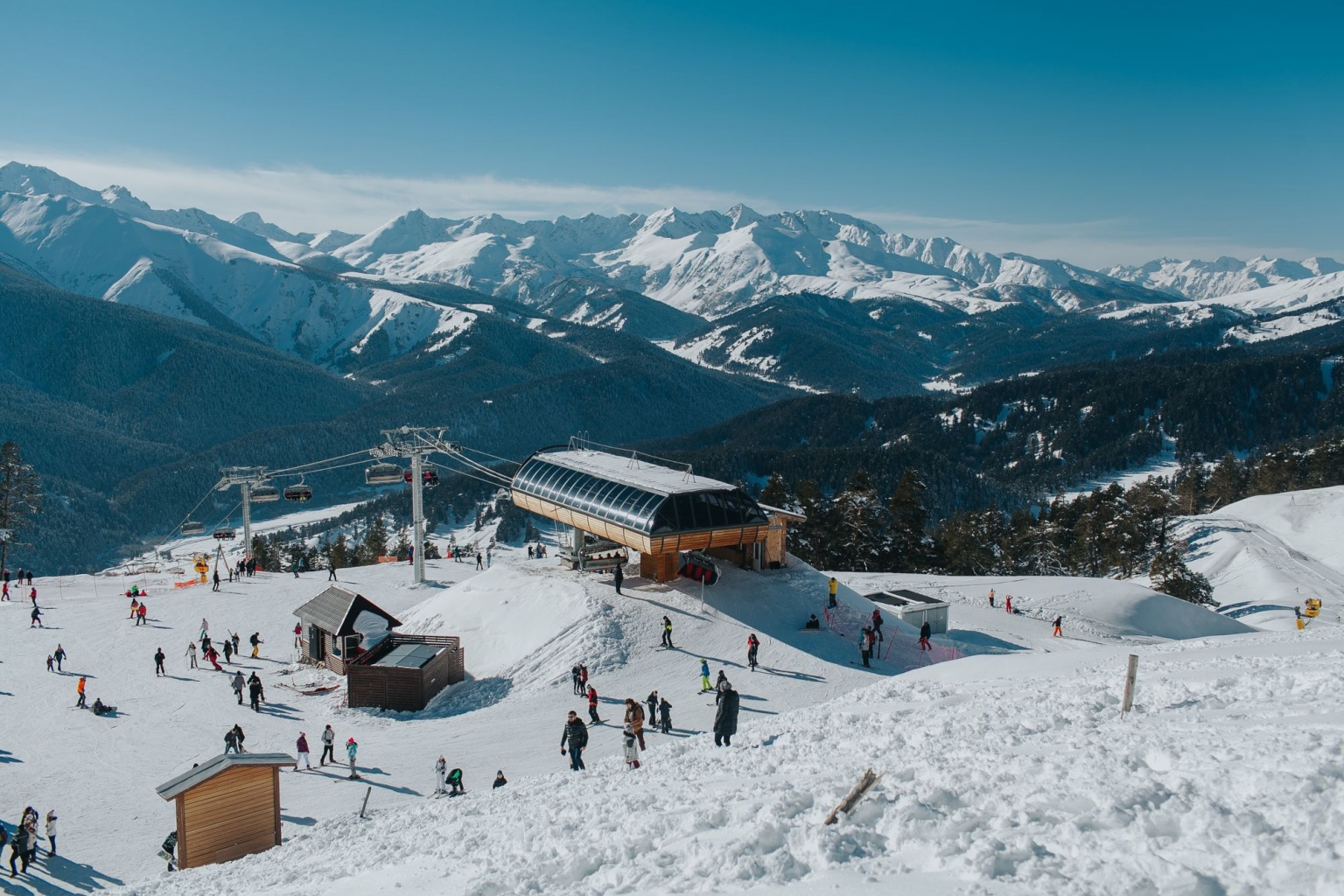 Our task is to hold high-profile sports and public events attracting more participants and spectators throughout the year. Major competitions held here will attract more tourists to the Resort throughout the year, not just in winter. 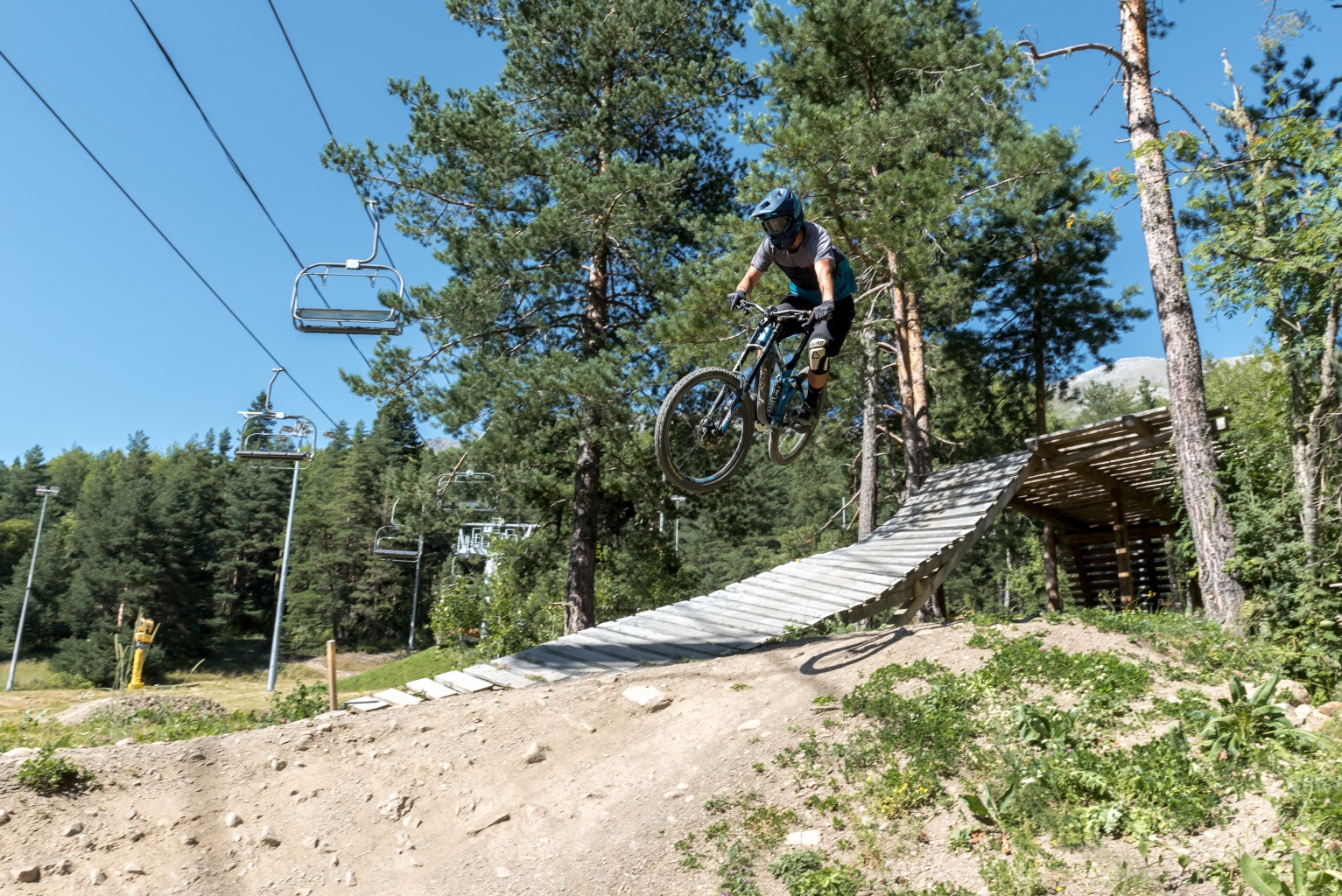 In summer, we can hold mountain biking competitions, for example, in downhill and cross-country (endurance races).

- What is offered for trekkers?

- Next summer season, we will launch several activities new for our region - electric bicycle and buggy tours, and hot air ballooning. Last year, we also successfully conducted test skyrunning events - running in the mountains at an altitude of 1,500 m to 3,000 m, and next summer, we expect 1.5 thousand skyrunning amateurs and professionals to arrive and take part in the competition. In general, we see a growing interest in running now - mountain running or trail running - many people practice it in different formats, from running in the parks to mountain trails of varying complexity. 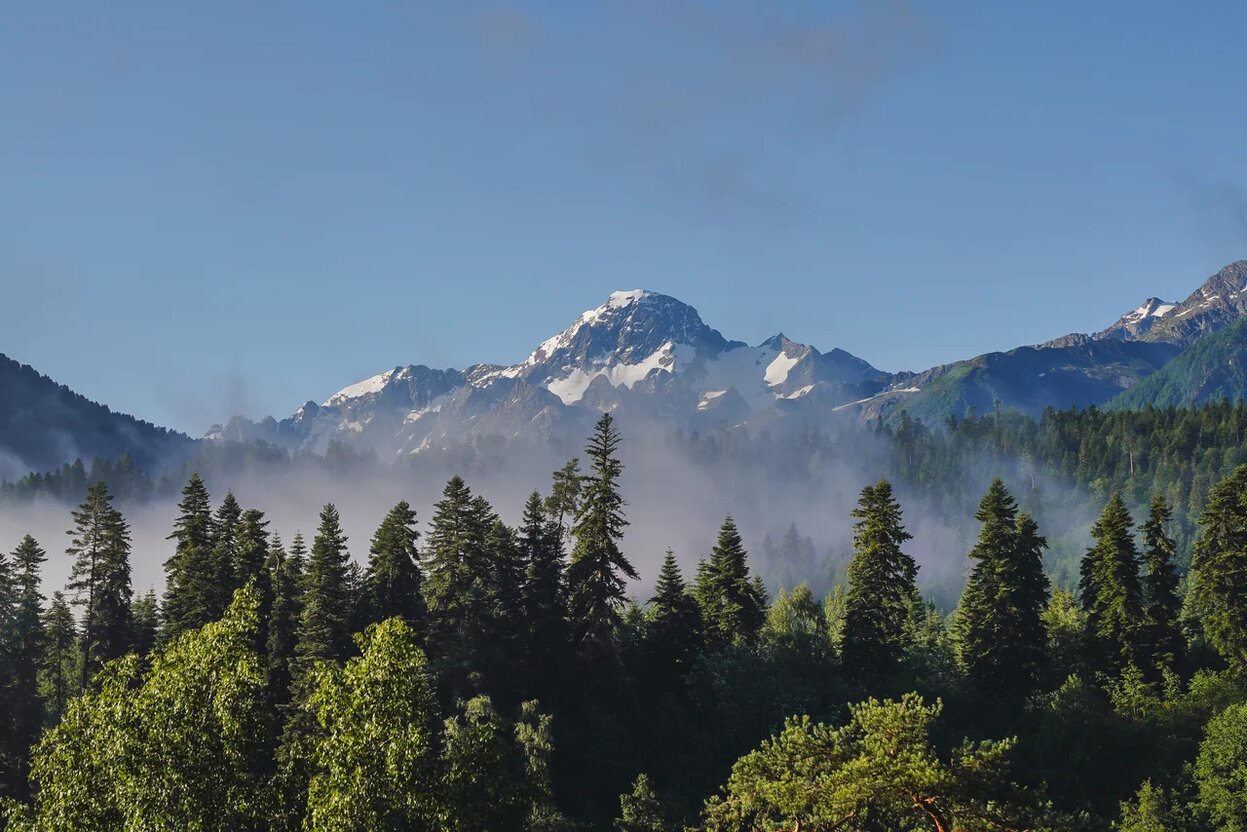 The routes are very beautiful, almost all the routes are designed for both athletes and amateurs, they are of different lengths and each one solves its own tasks. If you wish, you can have a serious load as there are routes with drops of up to 1.5 km on an extended trail, and there is also a serious rise - 1 km upwards at the 5 km long trail. Finally, there are mountain marathons - more than 110 km - along the most beautiful places of the Main Caucasian ridge spurs.

In general, Arkhyz is located at very convenient altitudes comfortable for trekking - from 1,500 up to 3,000 metres, and the way to its picturesque peaks and alpine meadows is very comfortable for most tourists.

- Are you going to offer more exotic tours and adventures?

- Now, we are negotiating on holding competitions in spectacular paragliding, and we hope that these will be of interest not only to the participants, but also to the guests of the Resort. They can get to the site by a cable car, which they can board right at the Resort.

And next season, a new section of the wire cableway on the southern slope will be commissioned, it will be possible to get to the height of 3,000 metres. There will also be a viewing deck to enjoy the beauty of Elbrus and I want to note that there is no such a viewing deck in the neighbouring Krasnaya Polyana Resort in Sochi.

For thrill seekers, a zip-line - aerial ropeslide - is planned (at a high altitude, a person propelled by gravity travels from the top to the bottom of the inclined cable, usually made of stainless steel). For those who want to visit hard-to-reach peaks without efforts and climbing equipment, a via ferrata (Secured Climbing Route, Italian for ‘iron road’) will be made, we will make rocky mountain route equipped with fixed cables, stemples and metal structures. Via ferratas are gaining popularity all over the world as a relatively safe way to climb the rocks.

There will also be a hiking and trekking trail with a network of tent camps, we also want to connect Arkhyz and neighbouring Krasnaya Polyana by a walking route, it existed earlier but unfortunately, was not used for a long time. The route will pass along the spurs of the Abishir-Akhuba ridge, through 35 lakes because Arkhyz is the land of mountain lakes and this is another good reason to come here!

- How many days will it take to see all the main attractions and beautiful places of the Resort?

- Ideally, it takes a week or more, but you can also see much during the weekend. Very different visitors come, from children to very busy wealthy people who manage to see a lot during 2-3 days. However, it is not at all necessary to try to complete the entire programme, you can enjoy any activity, for example, jogging, mountain running or trekking. 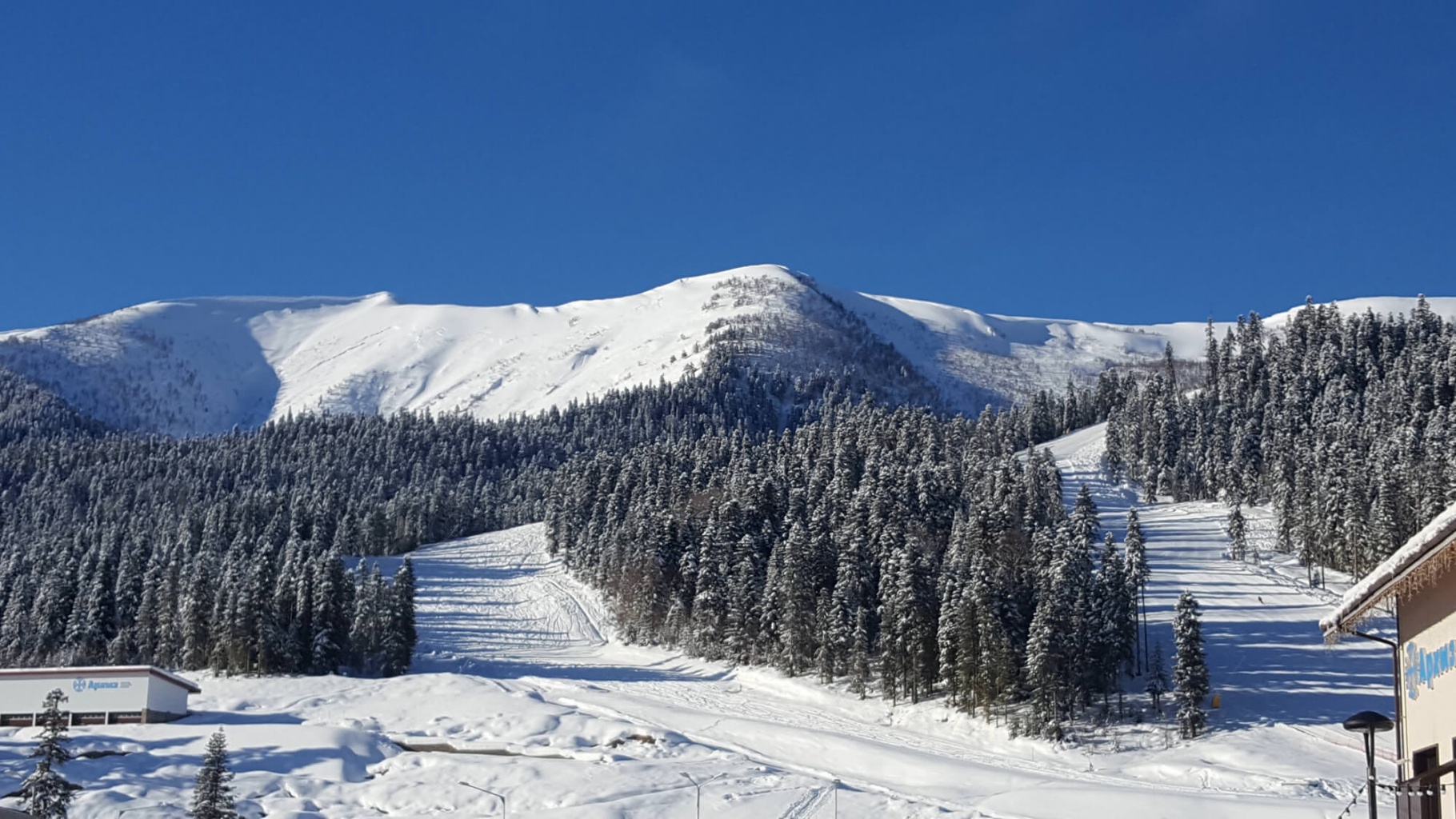 The highlight of Arkhyz is its magnificent views of Elbrus and the peaks of the Main Caucasian ridge. Next year, we will do several trails along the top of the Abishira-Akhuba ridge with stunning views and will make several viewing decks. 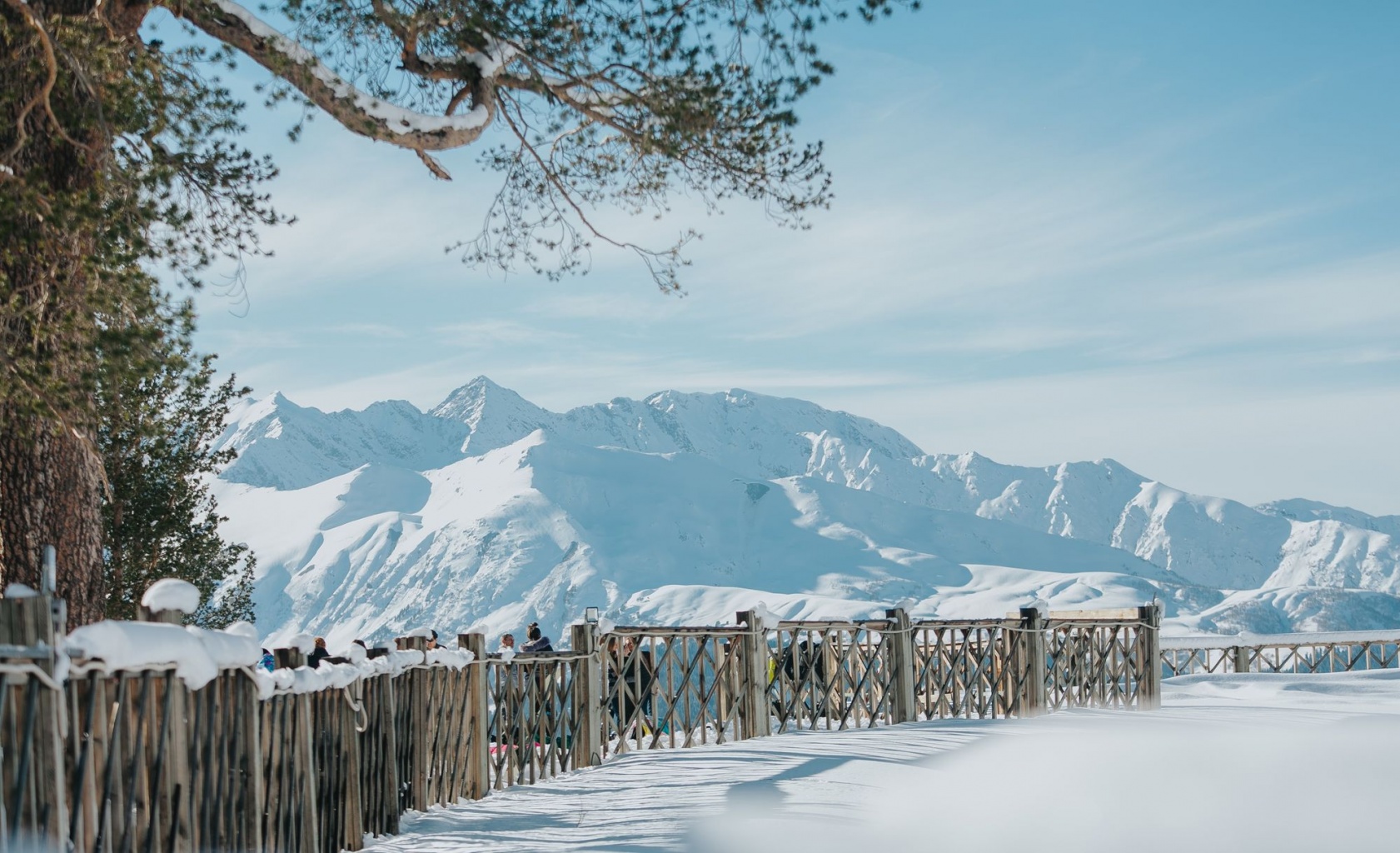 - And what about the animal world taking into account such activity of vacationers? Do bikers, quad bikers and motorcyclists scare away the local wild animals?

- Surprisingly, there is untouched nature in the mountains despite the fact that active construction is underway in Arkhyz. But even at the Resort, there is an eco-trail where a story is told about the inhabitants of the Caucasian forests, and if you do not make noise, you can meet some animals - deer, squirrels; higher in the mountains you can see a Caucasian wild goat. In spring and early summer, you can watch a grizzly bear from afar and safely enough. If you want to see the animals, the best time of year is the low season, early summer and late autumn when they come down the mountains. Near the village, there is the Arkhyz part of the Teberda Nature Reserve where you can even watch a mountain bison, which almost disappeared in the 1990s. 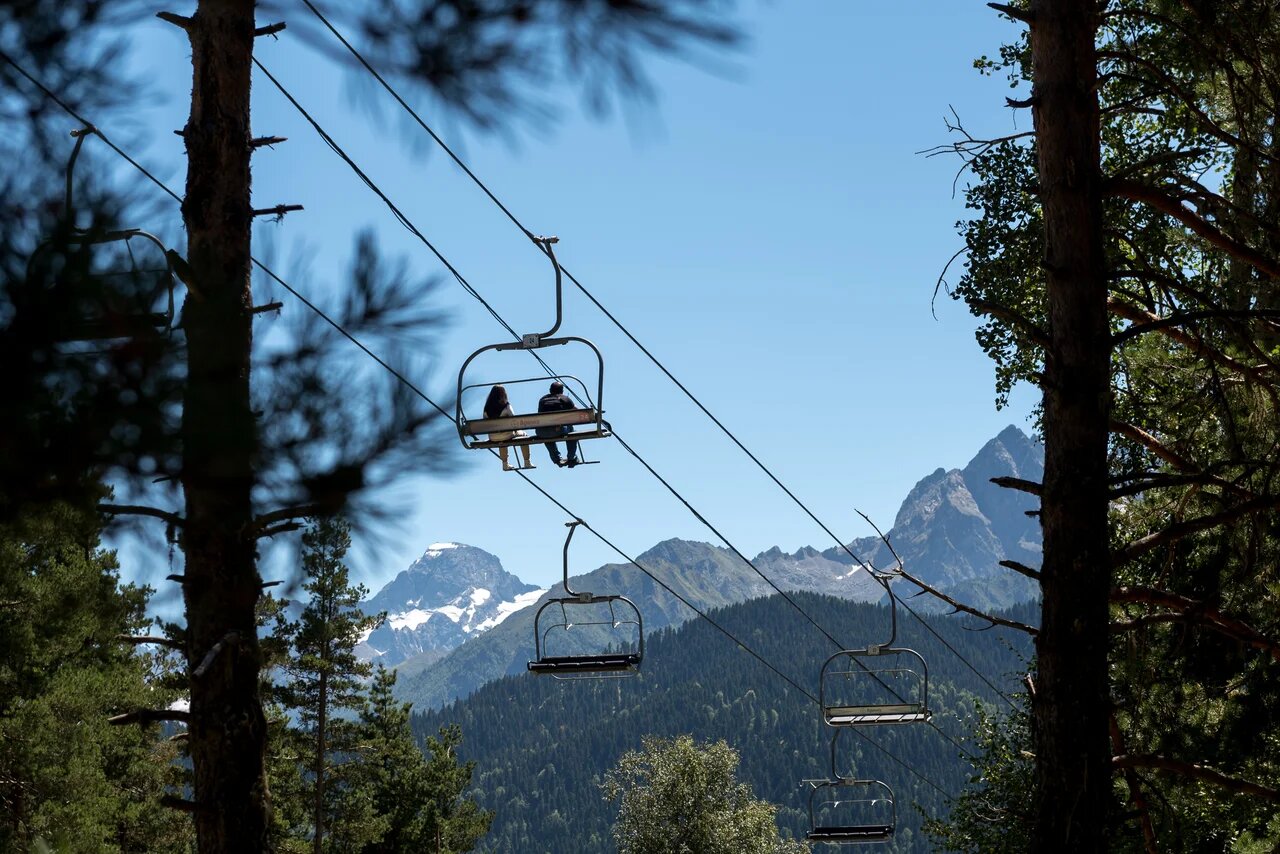 - Do you have volunteers working within the framework of volunteer programmes?

- Certainly, especially when working with tourist flows; they mainly monitor the observation of the norms and restrictions now imposed due to the pandemic, including the mask regime and social distancing. In summer, the volunteers are involved in arranging the trails and routes. At the end of the summer season, they helped to clean the tourist trail on the Abishira-Akhuba ridge, and the first tourists who will climb there in the next season will not see a single candy wrapper. This is important not only for tourists, but for wild animals, too.

- What support do you expect from the state, what is most important now?

- First of all, the systematization, support and promotion of active tourism development programmes at the state level. Now, with the active assistance and coordination provided by the Ministry of Economic Development of the RF, we are creating our infrastructure, but it is also extremely important to inform the Russians about the possibilities of travelling and recreation in our native country. Indeed, Arkhyz is a very interesting resort with reasonable prices, and we expect the most active tourists looking for adventures to visit us. 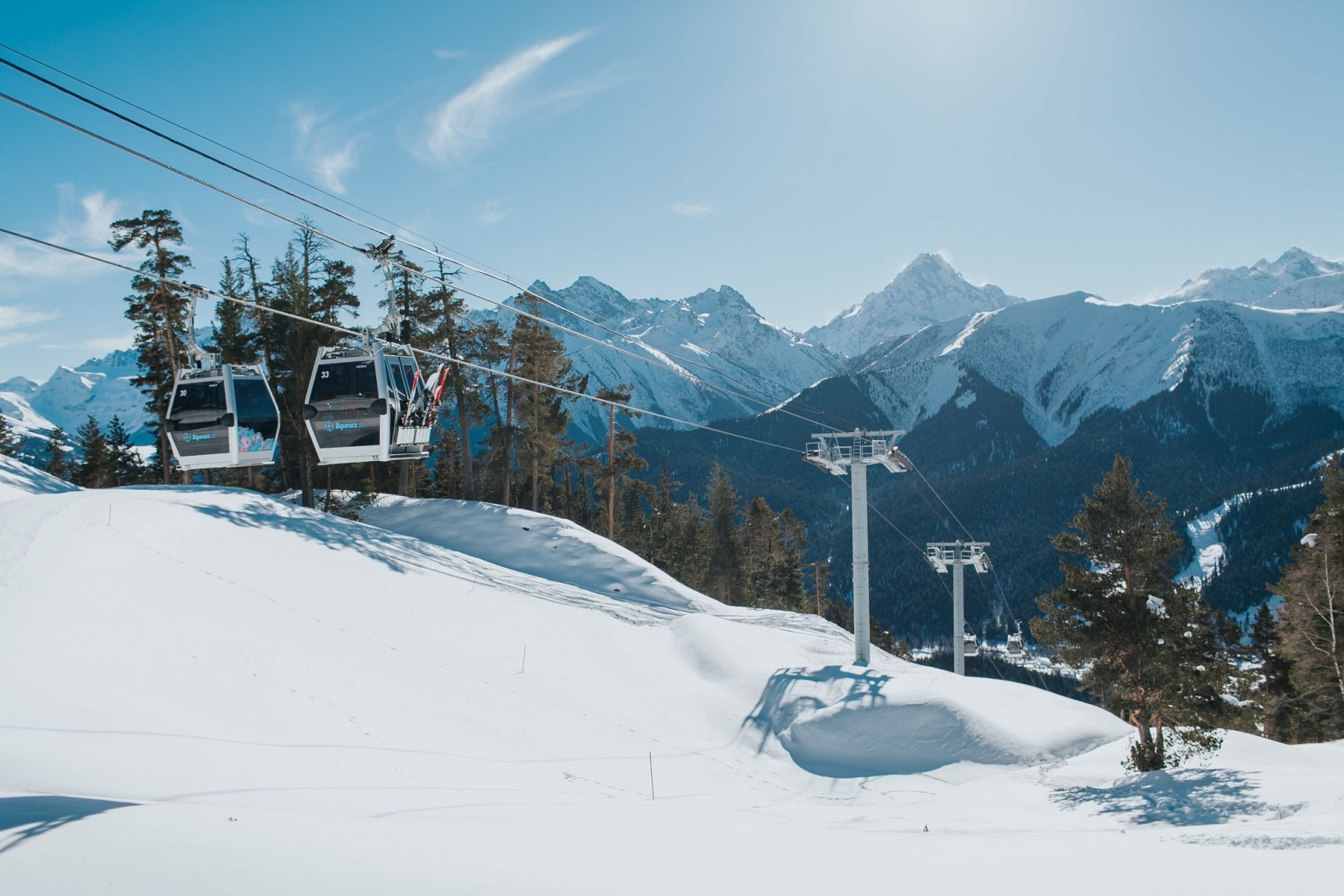 Eugenia Karmalito
Staff correspondent, EcoTourism Expert
More
Birdwatching in the Nizhne-Svirsky Nature Reserve near St. Petersburg
What can interest an ecotourist? Exceptional nature - of course, vastness - definitely, unusual animals - surely. What if we tell you about the places where you can have it all at the same time.
﻿The Khakassky Reserve is a unique combination of the amazing nature and ancient culture of Siberia