On July 27-30, a group of leading Russian and international environmentalists inspected Norilsk and Taimyr. Their focus was primarily on the recovery after the accident at Thermal Power Plant-3 in May last year. Elena Shumilova, Senator of the Russian Federation, spoke about the “peaceful” coexistence of industrial facilities and pristine nature, and the tourism potential of Taimyr in an interview with EcoTourism Expert.

- Elena Borisovna, you flew to the Ambarnaya River and personally examined the places where the recovery operations were carried out. What is your opinion about the progress? Can we talk today about the catastrophic consequences of the incident for the Taimyr nature?

- I can firmly say that the work is being carried out systematically. Taking into account experience of the last year. This year the high water stood for a long time. But this did not prevent the timely deployment of the camps and the start of work. According to ecologists, in whose group I worked, the cleaning of the territory and reservoirs is carried out efficiently. Thanks to the right actions last year, the worst-case scenario was avoided. And as far as I know, even the quotas for catching fish in the water bodies of the Norilo-Pyasinsk system, established by the Federal Agency for Fishery, this year is not much less than in 2019 and 2020.

It is gratifying that the Big Norilsk Expedition was not limited only to the last year, but was continued this year as well. I am sure that a scientific approach to the study of soils, water and biological resources will give a lot of useful and valuable not only for the organizer of this expedition - Norilsk Nickel, but also for all Russian companies operating in the Arctic and striving to introduce environmentally friendly technologies.

As for the impact of the accident on nature. Well, for sure, it is not a catastrophe. A few kilometres from Norilsk, there is an absolutely untouched wilderness. The only thing is that I can disappoint the fishermen a little who were probably surprised by the figures in the Rosrybolovstvo’s (Federal Agency for Fishery) claim against Norilsk Nickel that were equal to the volume of all fish in Lake Baikal. Of course, there are no such quantities here (smiles). But there are various fish species like round-nosed whitefish, sheefish (nelma), whitefish (muksun), char. I tasted some fish – it was so delicious! And fishing in Taimyr is an amazing experience. 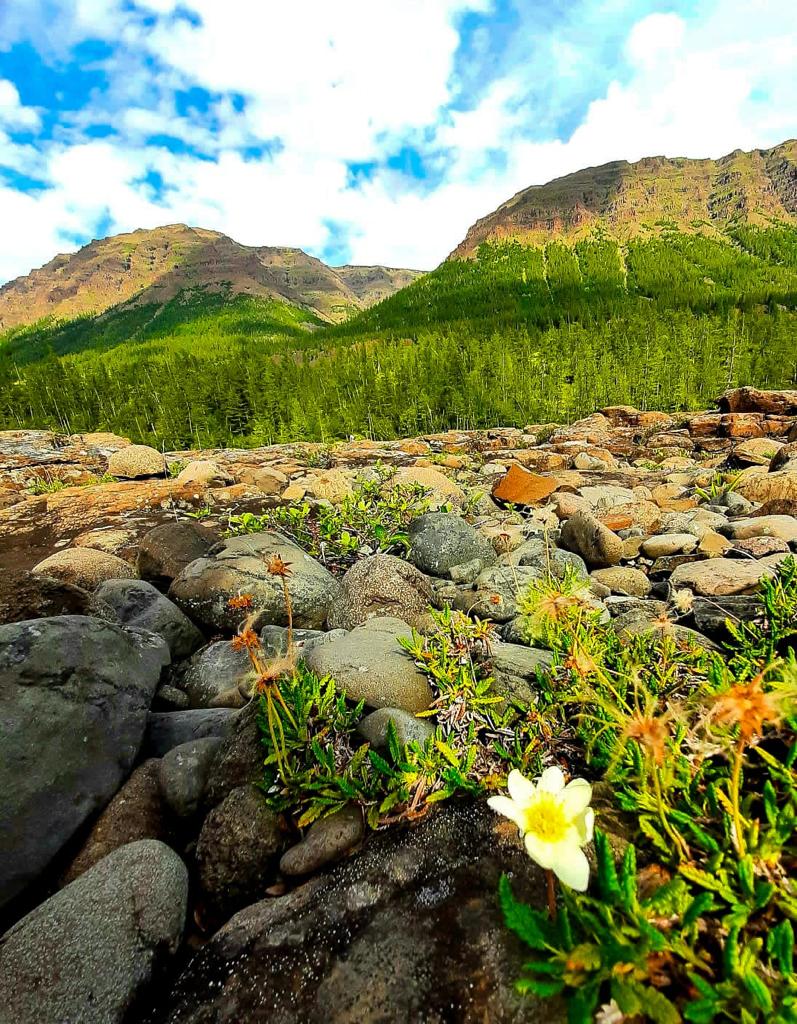 - You know this firsthand. Did you have a chance to go fishing on the Putorana plateau?

- No, we didn’t. But this place has made excellent impression on us. Its area is equal to that of Great Britain, with the picturesque mountains, freshwater fjord lakes, and tens of thousands waterfalls.

However, we did many things there and not only admired the beauty. At the extended session of the Public Chamber of Norilsk, we discussed the prospects for tourism on the Putorana plateau and Taimyr in general with the ecologists and colleagues from the Taimyr Reserves and the Norilsk Development Agency (NDA).

Taimyr is an amazing and unique place, but mostly inaccessible to tourists. The discussions on the systemic tourism development in Taimyr started just three years ago. The concept of the Arctic tourist cluster was developed by the NDA with the participation of the municipalities of Taimyr and Norilsk, the Joint Directorate of the Taimyr Reserves, Norilsk Nickel, and the representatives of the tourist industry.

Most of the stunning places in Taimyr can be reached by air only. Going there by helicopters is good, but very costly. The agency worked on the master plan and collected the information about all the local airports for small aircraft. After studying the needs of the remote villages in Taimyr, the scientific tasks of the reserves and the tourist requirements, the economics of the project will be calculated and small aircraft will be involved. The negotiations are already underway with the potential partners who will be able to perform tourist flights over Taimyr. This will significantly reduce the cost of excellent tourist routes.

A separate programme in the tourism development in Taimyr and the Arctic is the cruise tourism sector, which is attractive for both Russian and foreign tourists. These are the Khatanga Bay, the Yenisei Bay, the Arctic Ocean coast and the islands.

To attract foreign tourists to Taimyr, the Norilsk Development Agency, together with municipalities, has created a Task Team that is preparing an application for granting the Norilsk airport an international status. After the reconstruction, the Norilsk airport and its runways are among the best in Russia, not to mention the Arctic zone. The airport is able to receive aircraft of almost any class. Giving the international status will allow tourists from other countries to fly to Norilsk without landing in Moscow or St. Petersburg.

Today, Taimyr is visited by 3 to 5 thousand tourists annually. The maximum plan is to have 30 thousand visitors.

The Arctic tourist cluster was set up in 2019, it helped to bring in many scattered - and often unregistered - tour operators from the shadow economy and unite them to form a large tourism community. Thanks to the coordination of efforts, the number of local businesses in the tourism sector has increased from three to 40, and certified guides have appeared. Work has begun on the classification of the accommodation facilities, and 47 investors with a total investment of over a billion roubles have joined the agreement and confirmed their intentions to develop the cluster.

- Apparently, tourism in the North is close to you as the representative of the Komi Republic in the Federation Council?

Sure! Taimyr and Komi are united in their desire to develop Arctic tourism. Today, the republic is ready to offer certified routes of natural and extreme tourism including visiting the unique natural sites in the Polar Urals and the coast of the Kara Sea. Vorkuta is the only place in the world where the extreme winter sport enthusiasts can train until the end of May. The “Eight Winds” international youth snowkiting festival is held here and it is gaining popularity.

There are 240 specially protected natural areas in the Republic, two of which, the Yugyd va National Park and the Pechora-Ilych Natural Biosphere Reserve, are of federal significance. Under the general name “The Virgin Komi Forests”, they became the first Russian natural UNESCO World Heritage site. Hiking trails are laid out both in the reserve and at the national park. The Pechora-Ilych Natural Biosphere Reserve is also famous for the weathering pillars on the Manpupuner Plateau that are among the Seven Wonders of Russia. And this is really a miracle!

The Komi Republic is a region featuring special culture and ethnographic peculiarities, as well as its unique nature and, most importantly, an interesting combination of human, managerial and financial resources. This makes Komi one of the most promising regions with new opportunities for the tourism development.

We must - as quickly as possible and at the highest level - implement the projects to combine and digitalize our tourism products, position the Komi Republic in Russia and at the international level, and this means not only the culture, art, folk arts and crafts, natural resources, but also our investments and economic potential, industrial capacities of the region.

EcoTourism.Expert
More
Beslan Miziev, Chairman of the Tourism Committee of the Republic of Ingushetia, talks about the tourism potential of the land of the towers
How a teacher of English combines her work of a restaurateur in North Ossetia with teaching at school and training the personnel
﻿Olga Shebzukhova, one of those who took part in the yachting tourism development told the readers about the future yachting projects on the Black Sea coast of Russia