Tatyana Gigel
Senator from the Altai Republic, a member of the Federation Council Committee on Agrarian and Food Policy and Environmental Management
07-19-2021
# Altai,Altay,Altai,Russia

Altai Mountains are among the priority ecoregions in the world

Tatiana Gigel, a member of the Federation Council Committee on Agrarian and Food Policy and Environmental Management, Senator from the Altai Republic, tells Ecotourism Expert about the prospects of the regional tourism industry.

- The Altai Republic is traditionally famous for its unique nature. How popular is the region among the Russian and foreign tourists?

- The Altai Republic has recently really attracted a growing interest from tourists both in our country and abroad. And this is not surprising. Our region has one of the most developed networks of specially protected natural areas in Russia: their total area, including the federal and regional protected areas, is 25% of the Altai Republic’s area - this is not the case anywhere else in the world. We have five natural sites that are under the protection of UNESCO: the Belukha Mountain, Lake Teletskoye, the Altai and Katunsky Biosphere Reserves, and Ukok Plateau. 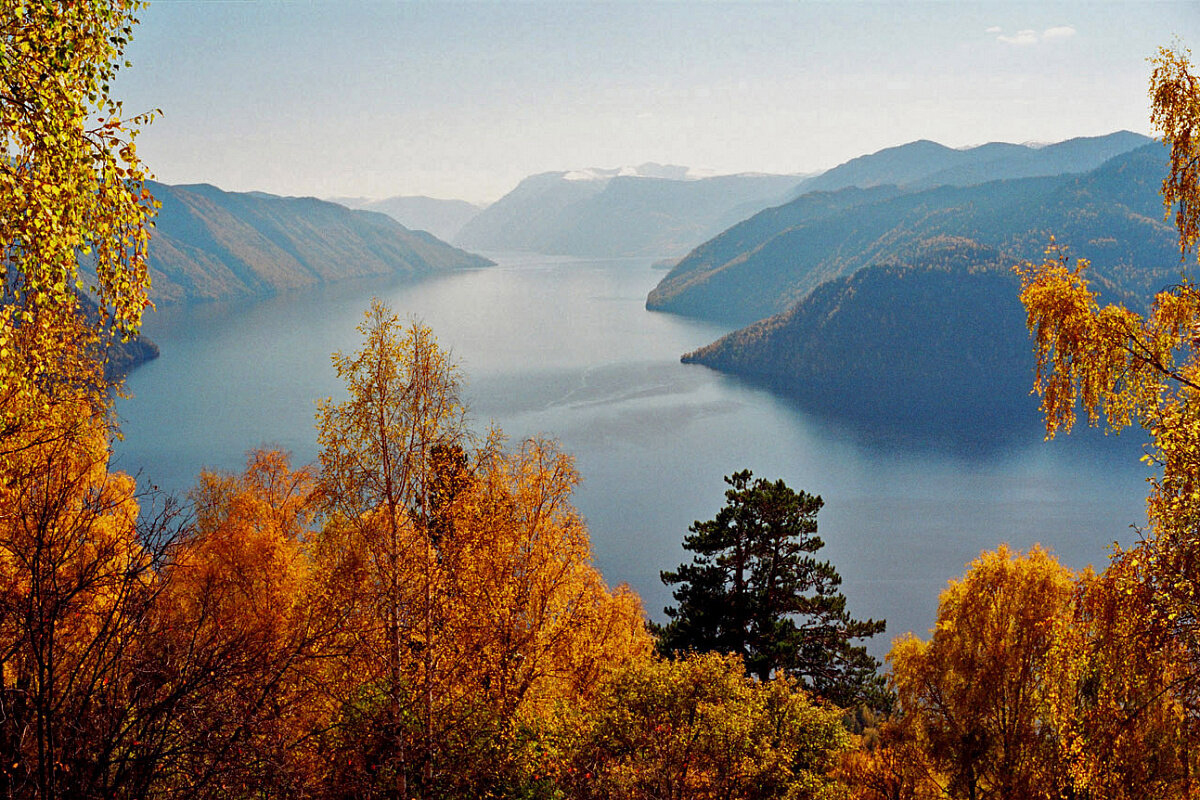 The Belukha Mount is the highest point of Siberia, one of the largest mountain peaks in Russia (4,509 m); it is a sacred place for many peoples of Central Asia.

The Ukok Plateau, also called the Ukok No-Take Zone, is one of the most remote and mysterious places in Russia. Many archaeological finds here date back to the Bronze Age.

Lake Teletskoye is amazing - squeezed by ridges, it stretches like a narrow strip for 78 kilometres. The Lake is 325 metres deep. The fresh water of the Lake is saturated with oxygen.

Due to its very valuable biodiversity, stunning mountain landscapes and fragile ecosystems, the Altai Republic is classified by the World Wildlife Fund as one of the world’s 200 priority ecoregions, including 20 key ones in Russia.

- What areas of tourism are the most developed in the region and should we expect any new tourism products?

- The services offered are very diverse - one might say, to suit any taste - and include many day-long hiking and horseback riding tours; rafting on mountain rivers; mountaineering; excursions to the natural, historical and cultural sites; extreme attractions; medical and recreational services. In recent years, the ecotourism and agro-tourism have been actively promoted.

I would especially like to note a new emerging gastronomic tourism that is becoming very popular in the region. In 2019, in Gorno-Altaisk, the capital of the Republic, the first Festival “Mother. Land. Altai” was held, which presented organic and high-quality products of the Republic’s agricultural producers.

Since 2019, a comprehensive programme for the development of winter tourism has been launched in the Altai Republic. It opens up new opportunities - alpine skiing, snowboarding, freeriding, snowmobiling and dog sledding, as well as winter diving, and, of course, new routes are offered. In turn, this contributes to a longer stay of tourists in the region.

- Given the growing interest of the Russians in domestic tourism, how do you assess the region’s readiness to further increase the tourist flow?

- Since 2020, the special programme of the social and economic development of the Altai Republic for 2020-2024 has been implemented, and the personnel training for the tourism industry is carried out within the framework of it. This includes the training of professional guides and guides from the local communities. This is done primarily to ensure the safety of tourist services that, as you understand, are very often extreme in the mountainous region and there is a need to prepare for a number of routes in advance. In addition, there is a need to convey truthful information about the natural, cultural and historical heritage. In the meantime, the guides give rather contradictory information, to put it mildly.

As far as I know, by 2022, these services will be licensed. In addition, we take part in the Russian and international exhibitions, exchange experience and successful practices with other regions.

As for the problems to be addressed, I would like to note that the system of tourism companies that could organize the visitors’ recreation is not yet sufficiently developed in the Republic. There are problems with the development of the up-to-date tourism infrastructure and, as I have already mentioned, with the professional staff of tour operators.

In general, we can say that in recent years, the tourism industry in the Republic has been actively developing. But there are still many factors limiting its development. Due to the lack of an extensive transport network, the access to the region is not easy. True, with the opening of air traffic, its accessibility has increased. Starting from this year, there are up to eight direct flights to Moscow on some days. At the same time, two-thirds of tourists arrive in the region by personal transport. About 30 percent of them use commercial vehicles. As for the structure of the tourist traffic, our neighbours from the regions of the Siberian Federal District prevail making around 90 percent.

The tourism industry is seriously affected by the underdeveloped road network, which covers only settlements. In off-road conditions, the tourists need to use cross-country vehicles and helicopters to get to picturesque places like the lakes Multinsky, Karakol or Shavlinsky to make an amazing photo- or fishing tour.

We understand that for the further significant development of the tourism industry, the construction and reconstruction of highways is necessary taking into account that the automobile communication is the main in the region.

In this regard, the Altai Republic put high hopes on the new National Project “Tourism and the Hospitality Industry”, participation in which makes it possible to take part in the construction of facilities providing infrastructure with a long payback period. This is a very promising area in the region. 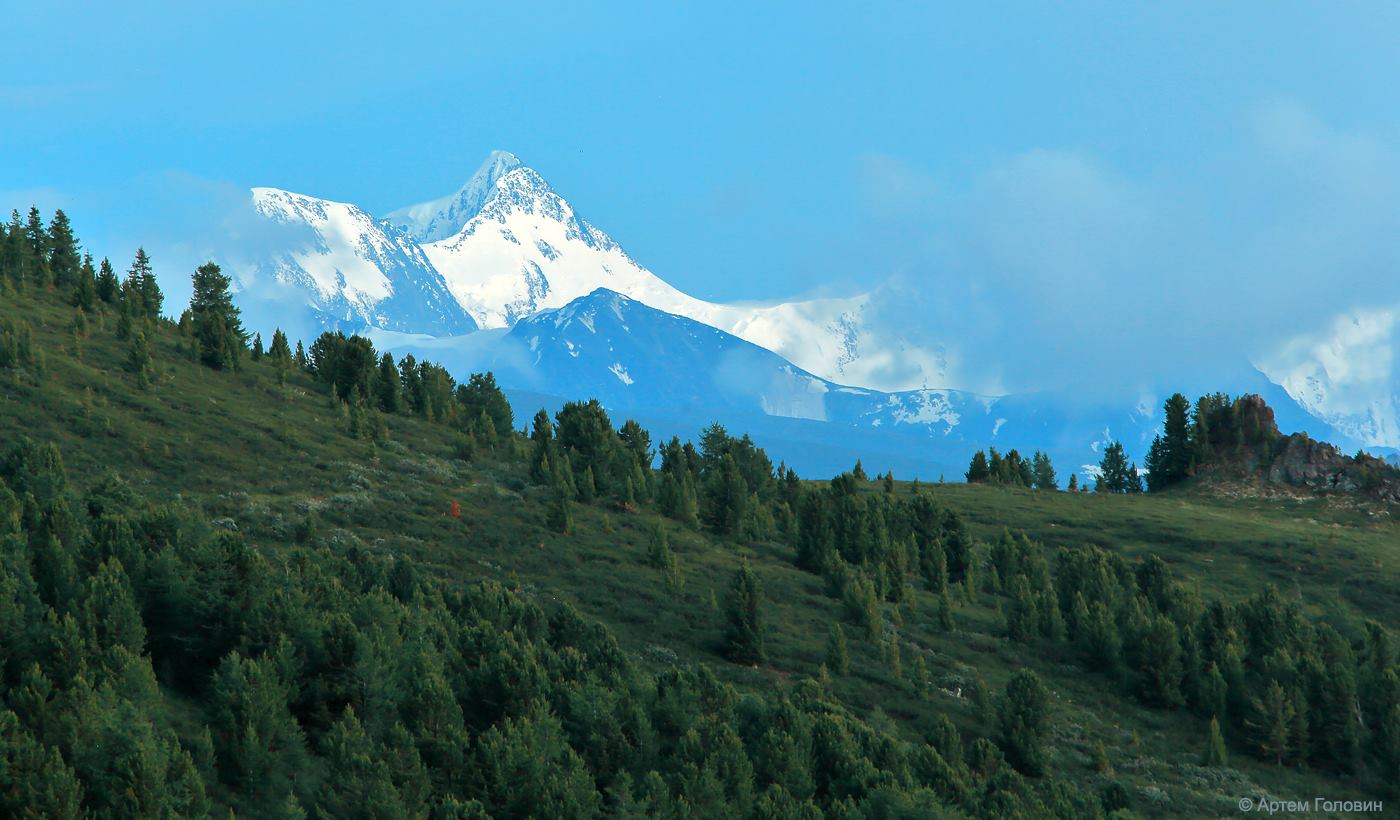 - In recent years, the Altai Republic has consistently taken leading positions in the rating of environmentally friendly regions. Are there any problems in this respect caused by the rapid development of tourism?

- Last summer, as you know, the Russian government approved a roadmap for the separate collection of garbage; in October, unified requirements were developed for processing, utilization, neutralization, and disposal of solid municipal waste. All regions, including the Republic of Altai, are informed of recommendations for the implementation of their separate accumulation and collection.

In mid-April, I discussed the issue with Denis Butsayev, Director General of the Russian Ecological Operator company. The company was set up to coordinate the activities of the regional operators within the framework of the transition of the RF constituent entities to a new solid municipal waste handling system offered by the national project “Ecology”. Among other things, we discussed the garbage problem, which is relevant for such tourist regions as the Altai Republic. The Director General of the company is well aware of the current environmental situation in our region. The main task, of course, is to properly use the natural resources of our region and to preserve its ecology clean.

In the current tourist season, the Republic of Altai faces the problem of waste collection and processing again. I repeat once again that without a financial support from the federal authorities, it is impossible to effectively implement a system of the separate waste collection in all the regions of the country, and especially in the countryside.

Now, it is difficult to say whether our region will receive enough funds, but the fact that the state is obliged to allocate money to help the waste recycling companies is indisputable. The work of operators is far from being well-established everywhere, not every company can afford to buy necessary equipment and, as a result, the population cannot get used to the new requirements for waste collection. However, I am sure that working together, we can come to a solution in addressing this problem.

Grigory Pavlov
for EcoToutism Expert
More
Kurban Kuniev, Director of the Dagestan Reserve, told about the peculiarities of each of the protected ecological oases
The Caucasian Reserve opens up new tourism opportunities
Elena Shumilova, Senator of the Russian Federation: On the peaceful coexistence of industrial facilities and pristine nature, and the tourism potential of Taimyr