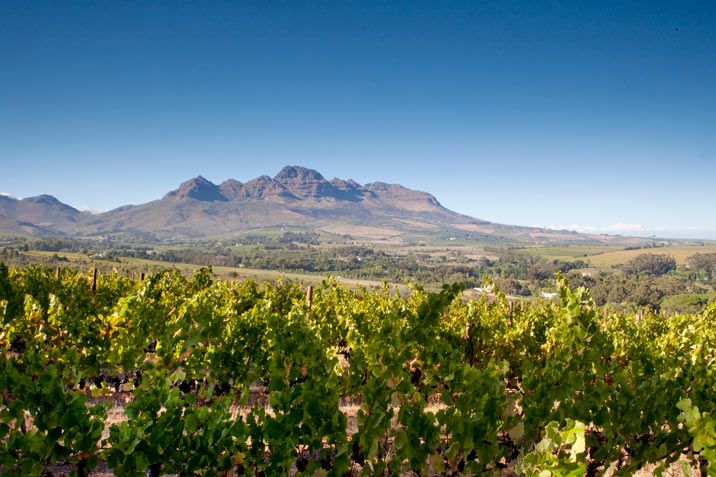 Mathew Nyaungwa
Editor-in-Chief of the African Bureau
11-03-2020
EcoTourism Expert continues to introduce readers to the wineries of the Western Cape that our correspondent visited.

The famous ‘Wine Route’, Western Cape, begins in the city of Stellenbosch and passes through the valleys of fabulous beauty - with green vineyards, age-old oaks and branchy Cape pines. The local climate proved to be extremely suitable for the cultivation of wine grapes, and the wine production is among the main activities of the farmers here.

The next stop was a winery Warwick Estate. This is a world-known name in the South Africa’s wine industry that is associated with the first Bordeaux Blend in South Africa and with Norma Ratcliffe, the country's first female winemaker. The Warwick Estate is located at the foot of the Simonsberg mountain range in the Simonsberg-Stellenbosch region, which is primarily famous for its Cabernet Sauvignon, Bordeaux Blends and Pinotage.

Warwick Estate is a family-owned, a so called ‘boutique’ winery, run by a well-known person in the expert circles, Mike Ratcliffe, a representative of the third generation of the family. The farm was founded in 1771. In 1902, after the Boer War, Colonel William Alexander Gordon purchased it and called it Warwick Estate.

Stanley Ratcliffe bought this farm in 1964 after an extensive search for a farm with the best terroir in the Western Cape. His wife Norma Ratcliffe and he realized the unique potential of the Warwick Estate and planted the first Cabernet Sauvignon grapevines here. These garpevines gave startling results, and the winemakers from the neighbouring farms always bought the entire Cabernet Sauvignon harvest from the Ratcliffe family.

In 1984, their first wine was made - ‘Blue Lady’ Cabernet Sauvignon, 100%, and in 1986, they launched their ‘Trilogy’ Bordeaux-style blend, one of the flagship wines of the South Africa’s wine industry. Norma Ratcliffe, known as the ‘First Lady’, is the first female winemaker in South Africa, which was considered very unusual, especially during the apartheid era. Norma has been a winemaker at the Warwick Estate since the late 1970s, and is still the only Chairwoman of the Cape Winemakers' Guild.

The area of the Warwick Estate is 110 hectares, of which 56 hectares are allotted for vineyards planted at the foot of the Simonsberg mountain with a southern exposure. Approximately 40% of all the plantations are reserved for Cabernet Sauvignon, 20% for Sauvignon Blanc, 16% for Pinotage, while the farm also grows such varieties as Cabernet Franc, Syrah, Chardonnay and Merlot.

“Warwick Wine Estate dates back to the late 18th century, but the first bottle of our wine was produced in the 1980s, it was only one variety - 100% Cabernet Sauvignon. This is largely due to the Stellenbosch vineyards that are excellent for growing the classic Bordeaux varieties such as Cabernet Sauvignon, Cabernet Franc and Merlot. It is from these varieties that we produce the famous ‘Trilogy’, as well as a monovarietal brand, ‘Blue Lady’ Cabernet Sauvignon, and a monovarietal ‘Cabernet Franc’ wine. We are among the few producers in South Africa who makes such wines, and I would call it our signature variety. We also make white wines such as ‘White Lady’ Chardonnay and ‘Professor Black’, a blend of Sauvignon and Sémillon grapes. We are open to the public 365 days a year and our guests enjoy not only our wines and tasting opportunities, but also the chance to have a picnic or relax in our park and the green area outside the main building. We offer a special safari for those who would like to delve a bit more deeply, get to know more about our terroir and see the vineyards. We take our guests to the mountains to show and tell them more about the different aspects of grape growing. This trip ends with a special tasting tour and a visit to the production units and cellars.”

“We use French oak barrels imported from Bordeaux. Each barrel is used up to three times. We use 40 to 60 percent new barrels for aging. And the rest are those used two or three times. The wine is aged in the barrels for up to 7 months.”

A wine tasting tour can be held both in the main hall and in the wine cellar where rare wines are kept. Some of the Warwick Estate wines are considered iconic in the South African wine industry. ‘Trilogy’ Bordeaux Blend has a 28-year production history and is in the restaurants’ wine lists as a ‘vertical’ collection. The ‘Three Cape Ladies’ Cape Blend became the most famous after the wine was shown in one of the James Bond films. 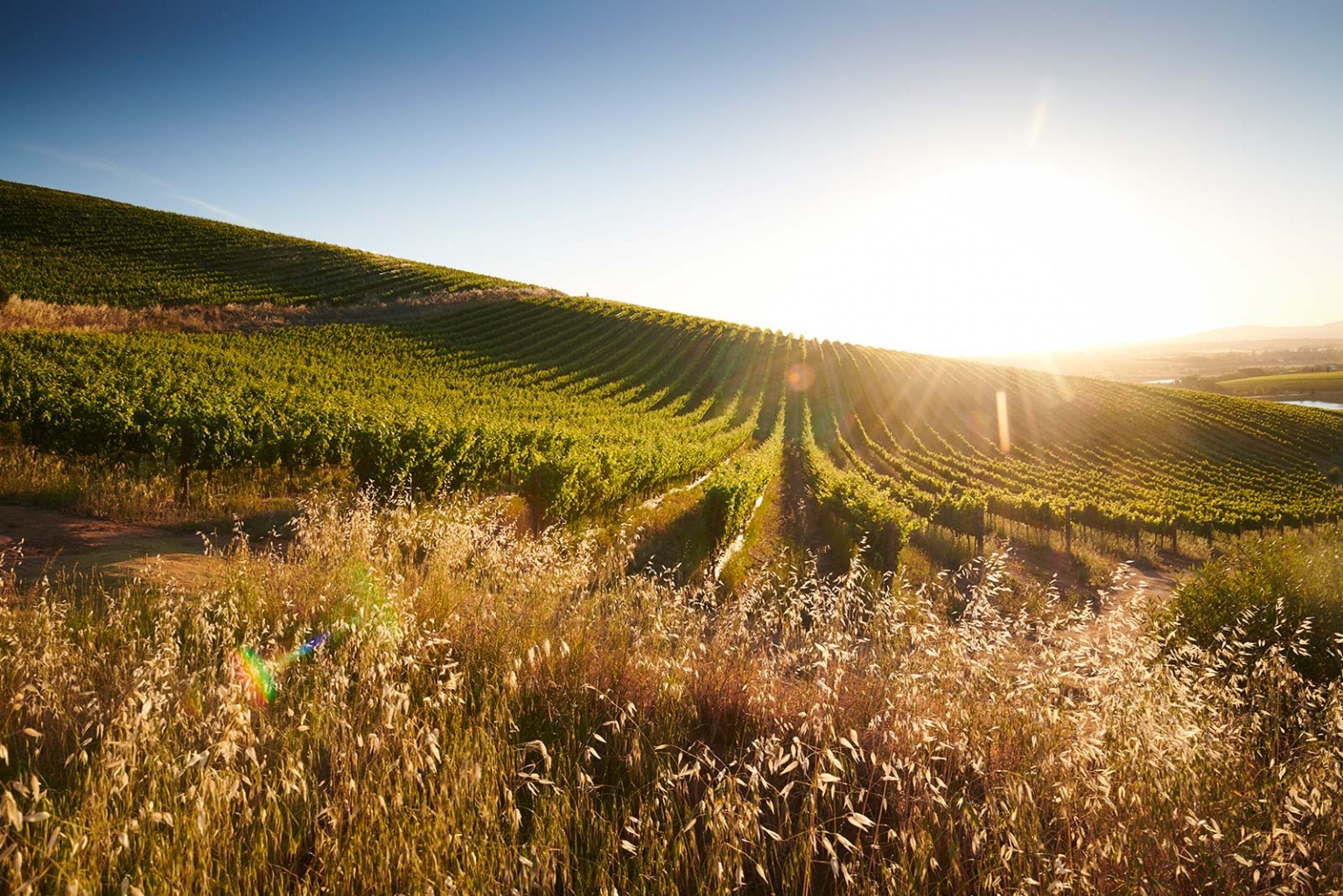 The next farm that opened the door for EcoTourism Expert was the Reyneke. The farm got its name after Johan Reyneke Jr. took over the farm in 1988. Immediately after that, Johan began to apply an organic winemaking approach to the entire vineyard area, and in 2004, he has gone one step beyond organic and completely switched to a biodynamic vineyard and winery. Reyneke remains South Africa's first certified biodynamist. Only those farms that adhere to all the principles of this philosophy and have successfully applied it for 5 years undergo biodynamic certification. 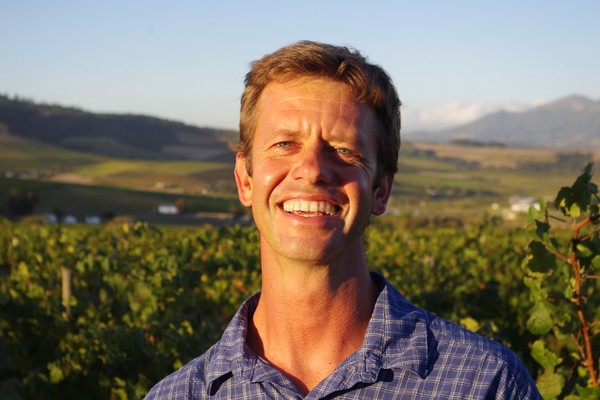 “Growing grapes organically does not mean at all that you should step aside and observe the processes developing at the farm, as in the wild. I find the process more difficult and more risky, but at the same time, it’s all very interesting. I am not a chemist, I am a farmer. I love farming and try to bring as much natural practice from the wild to my farm as possible.”

Johan Reyneke, like all the biodynamic winemakers, uses specially made organic preparations from herbs, minerals and fertilizers on his farm to improve the soil. Thus, the vineyard turns into a unique ecosystem, where vines, herbs, organisms exist in harmony with the earth, making it healthy. Johan carries out certain types of work in the vineyard taking into account the phases of the Moon, nature and space cycles so as not to disturb the overall harmony. Here, an experimental winemaking approach is seen everywhere - in the use of unburnt barrels, the aging of white wines in oak barrels, long-term maceration of white varieties, the aging of wines in egg-shaped cement vats, the use of wild yeast and 40 to 80 years old grapevines.

Reyneke does not use any chemicals or pesticides, all fertilizers are organic. Johan tries to express the terroir component in every wine and emphasizes that this is impossible if you are constantly destroying the soil with chemicals. His philosophy lies in minimal interfering in the winemaking process, these wines are created by the nature itself.

Today, low yield of grape crops of up to 1 tonne per hectare, small bunches of grapes and small grape berries with a high skin-to-pulp ratio attract the attention of other farms. There is a steady demand for healthy Reyneke grapes from other wineries, and almost every year, Johan Reyneke sells his Syrah and Cabernet Sauvignon to the Boekenhoutskloof farm, and Sauvignon Blanc - to his neighbour De Toren.

Many wines were highly appreciated by the experts and were awarded. One example is the Terroir Series Sauvignon Blanc, which comes from the smallest vineyard of the Reyneke farm. It is closer to the premium white wines of the Loire Valley, not to Sancerre wines but to the Menetou-Salon wines, when fermentation takes place in whole bunches of grapes in old oak barrels using wild yeast. Only 7,500 bottles of this wine are produced.