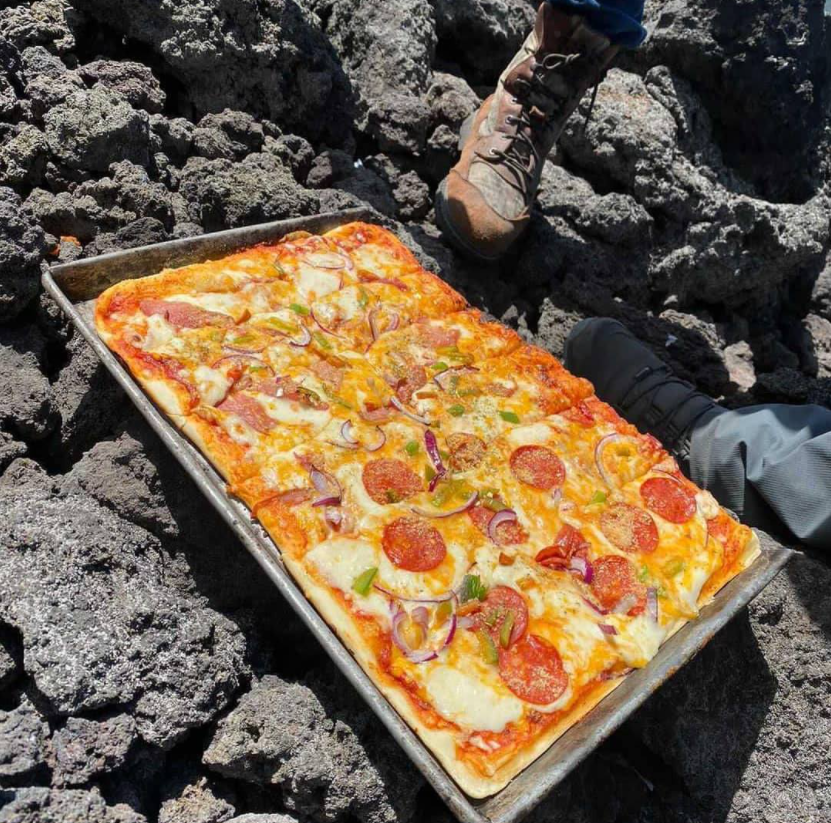 Pizza aficionados have a variety of pizza cooking styles - from special ovens to stones - designed to bake this simple Italian flatbread with cheese and tomato sauce more evenly. However, Guatemalan David Garcia got the idea to use the molten lava and hot stones of an active volcano to bring his culinary masterpiece to a high level unattainable by an ordinary pizza maker - pizzailo! 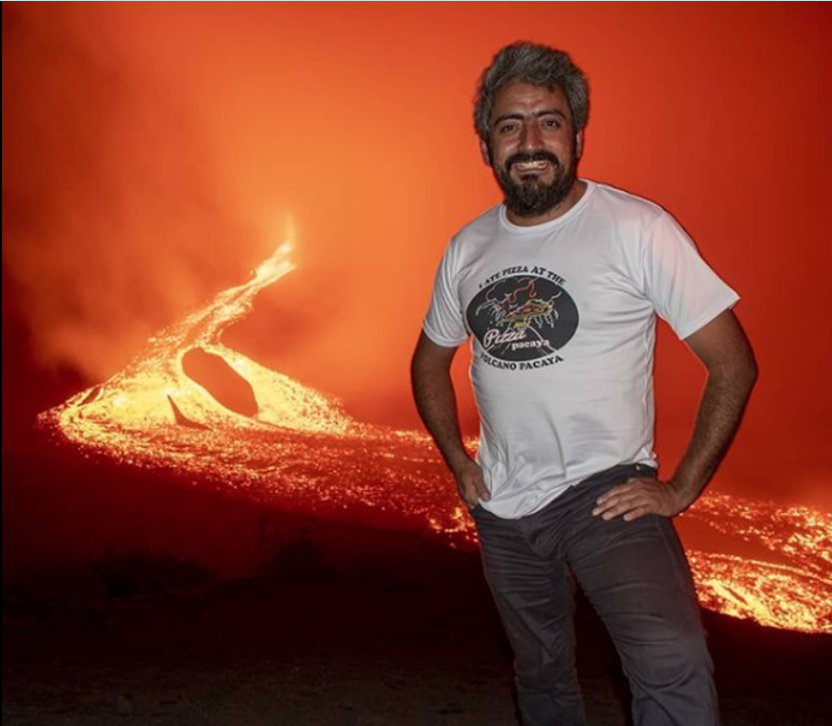 He makes his signature pizza on the slope of Pacaya, one of three active volcanoes in Central America. Since the Spanish conquered Guatemala in the 16th century, there have been about two dozen eruptions, and a new active phase began in 1961. In February, the volcano finally woke up, a rift appeared on its slope, from which the streams of lava began to flow out. The lava moves down slowly, and the locals and tourists visit the place to see the rivers of lava. The locals make a pilgrimage and pray hoping to slow down the Pacaya’s activity. The tourists come to admire the majestic volcano, take some photos and taste the delicious Pacaya pizza with its amazingly crispy crust. 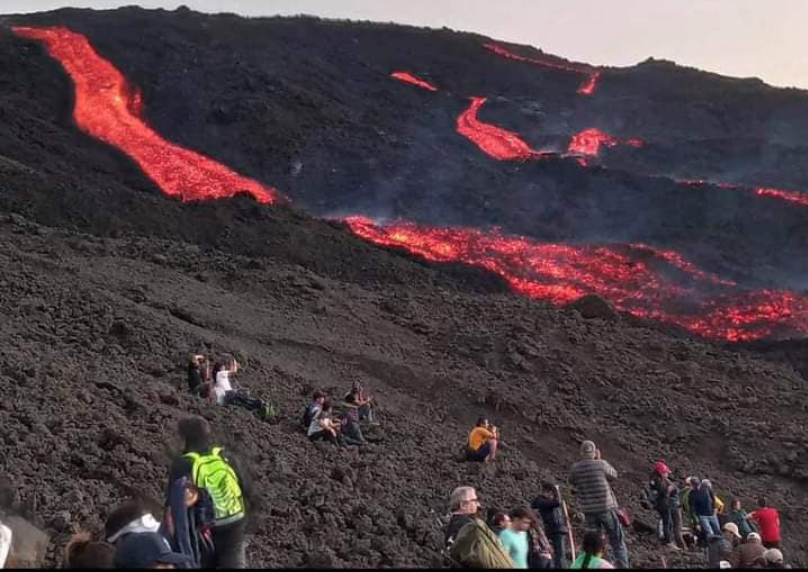 The idea to make a pizza on the volcanic heat came to accountant David Garcia in 2013, when he, as a creative experimental pizza maker, brought all the necessary ingredients to the volcano, spread the dough, added everything that makes a good pizza, and put it on a heat-resistant metal platter in one of the small hot caverns. The result was very inspiring. 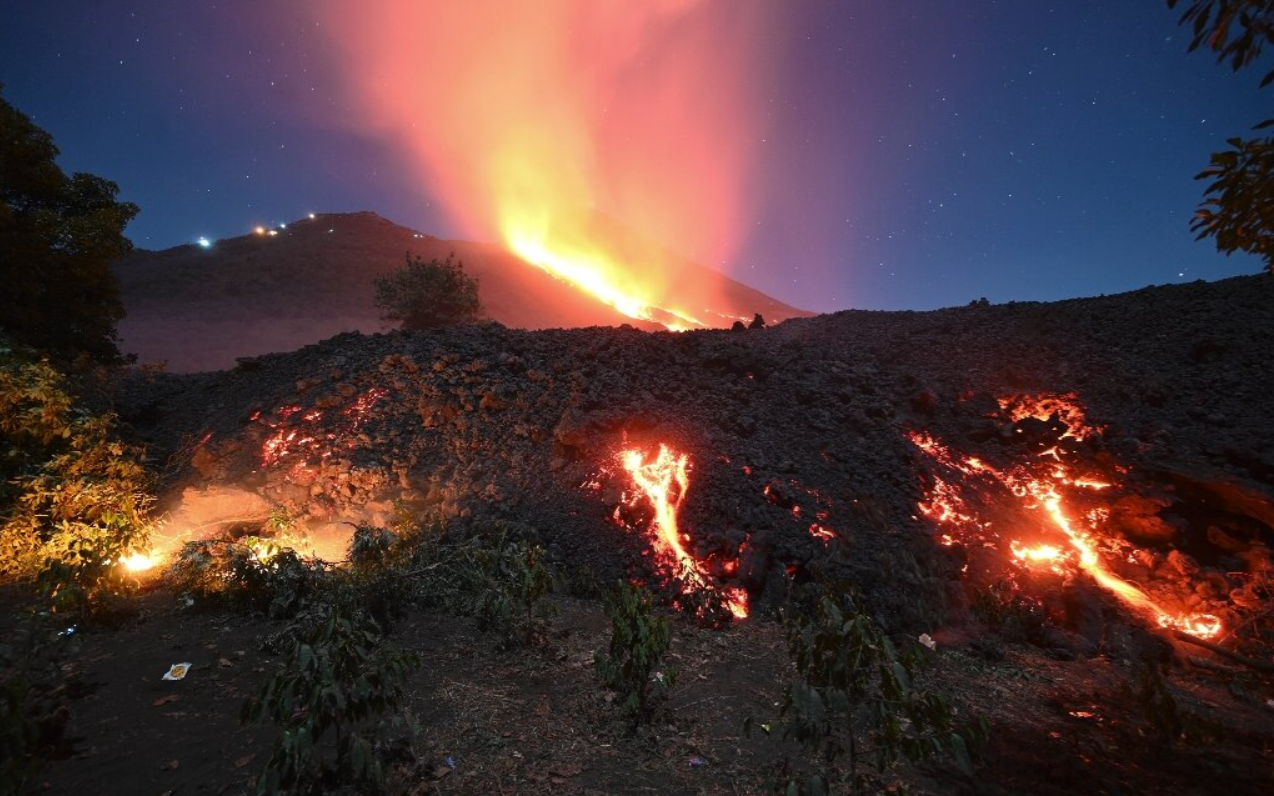 David revisited his idea three years ago, and when the Pacaya volcano began to heat up in the recent months, the ‘volcanic’ pizzailo moved his makeshift kitchen to the rocky terrain next to the crater and now he places the pizzas on the lava. Now, the eruption has begun and his business is booming. The tourists are delighted when Garcia - wearing protective clothing from head to his military style boots - makes pizzas and bakes them quickly on the cooling streams of molten lava oozing down the mountainside, at the temperatures above 1000 degrees Celsius. The Pacaya Pizza baking procedure and this pizza are unique and this massive volcano has become a popular tourist attraction in Guatemala and the pizzas are selling like hotcakes. 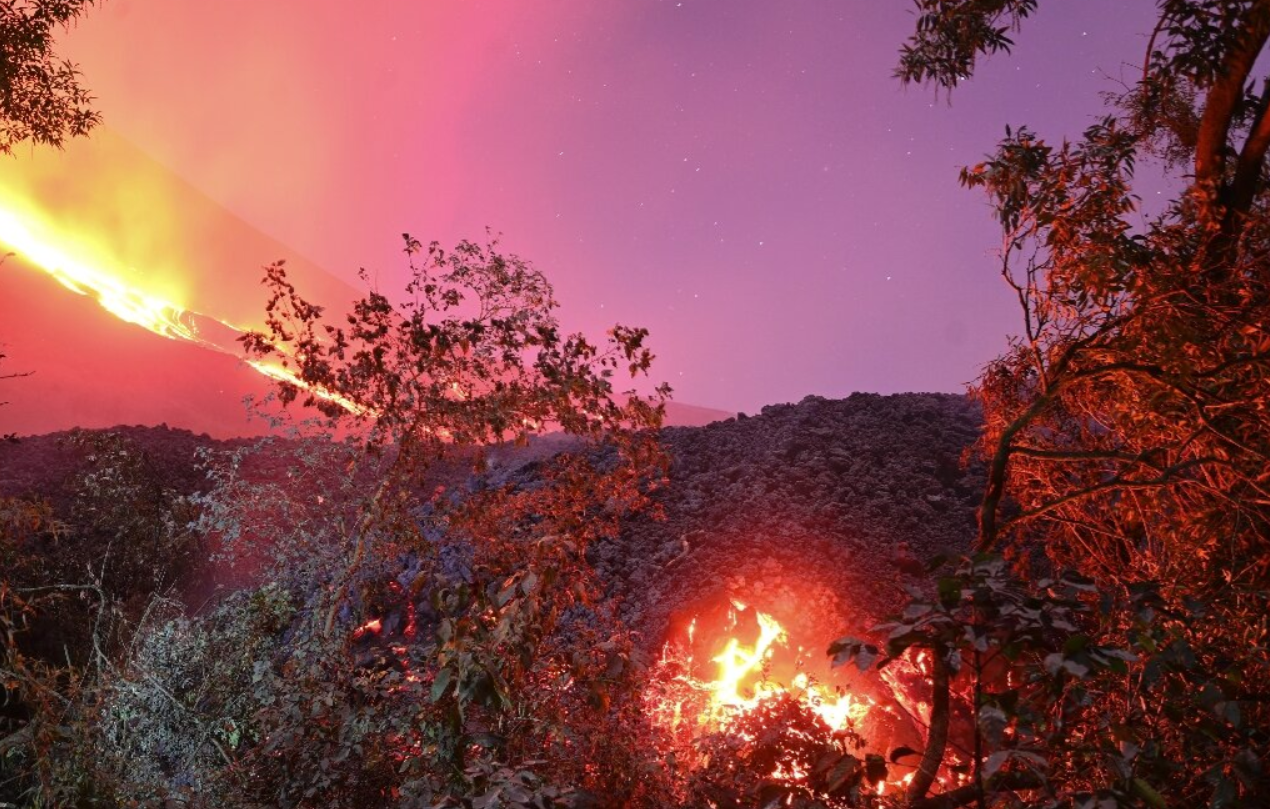 David says that the lava can reach 2,000 degrees Celsius, so he must constantly watch the wind direction so it doesn’t affect him. The inventor of a new, truly bold ‘volcanic’ way of cooking an Italian pizza, which first appeared in Naples 500 years ago, says proudly that it’s a risky undertaking, but his ‘Pacaya Pizzas’, with tomato sauce, cheese, onions and pepperoni, have been a hit with tourists hungry after ascending the mountain’.