Travel to be in love
News
Exclusive
Expert Reports
Blogs

Travel to be in love 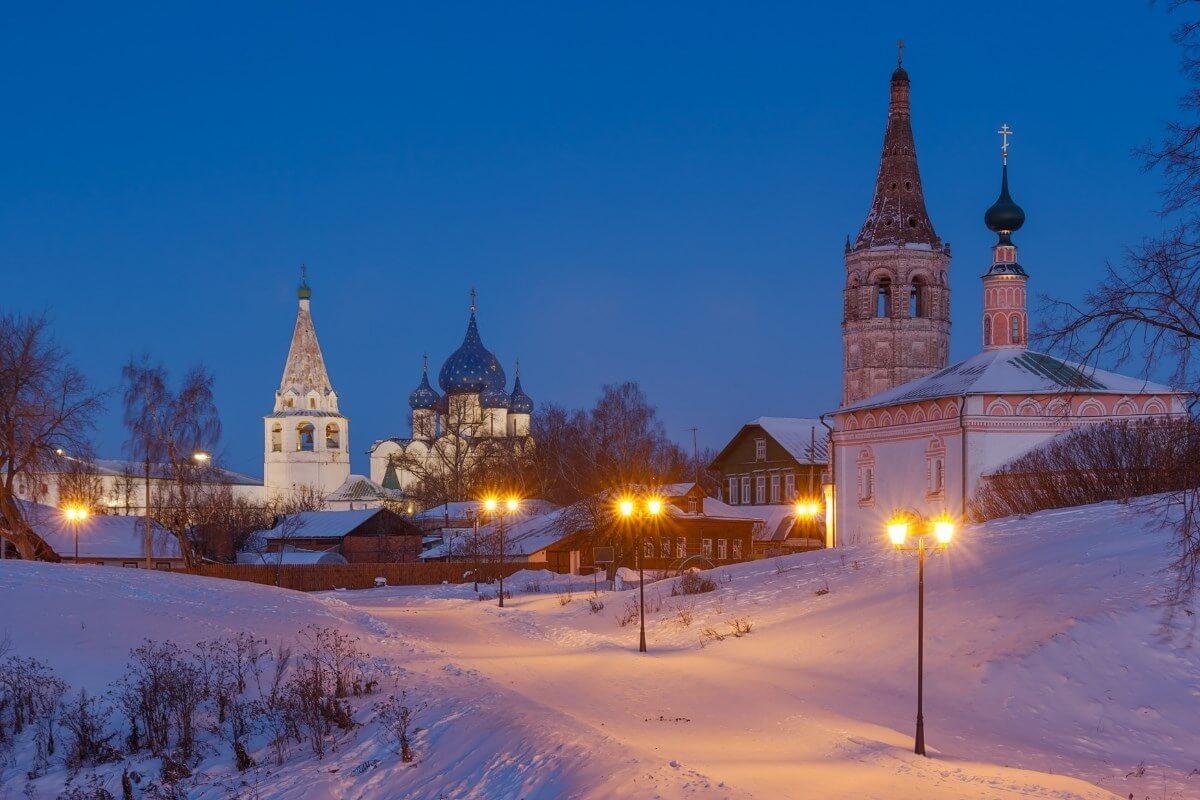 Short trips on St. Valentine’s Day are becoming increasingly more popular. EcoTourism Expert has made a list of the cities most romantic for trips of a pair of sweethearts.

Of course, St. Petersburg ranks high among them. The “northern capital” is very popular among many people thanks to its huge number of architectural sights, canals and bridges, and cultural events and it is not so much popular among those who do not like its changing and rainy weather, but nevertheless, it quite rightfully ranks highest on the list as for short trips.

As a romantic gift to a loved one in St. Petersburg, you can enjoy the sights of the city together as you walk along the canals, or take a walk along Nevsky Prospekt (Avenue) and have a cup of coffee sitting in a cafe in the Singer’s building enjoying a beautiful view of St. Isaac’s Cathedral. And for those who is fond of extreme events, another option can be offered - to meet the dawn on the famous St. Petersburg roofs.

The ratings show that Kazan is another city full of romance. One can get to the capital of the Republic of Tatarstan both by plane and by train and the city can offer the romantic pairs in love not only a large number of amazing cultural events, including ethnic ones where they can immerse themselves in the Tatar culture. There are also iconic places for lovers in this city, for example, the Arch of Lovers in the Black Lake Park. 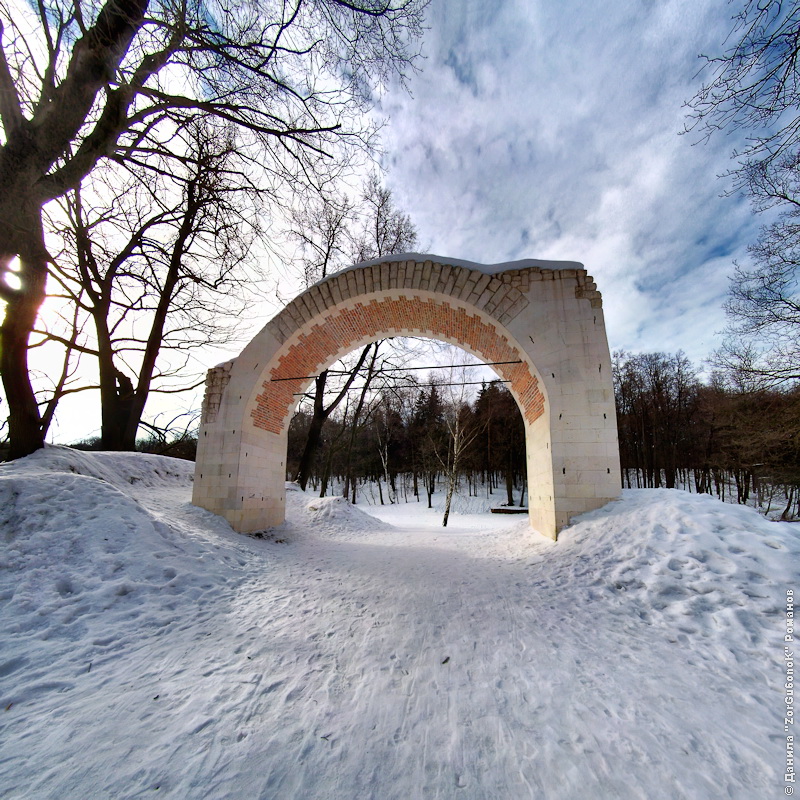 The Arch features an interesting acoustic effect - if you stand at one end of the Arch of Lovers and say anything in a whisper (for example, “I love you”), the person at the other end of the Arch will definitely hear your words. Not far from the Sukonnaya Sloboda metro station there is also a Bench of Lovers made in such a way that it is not possible to sit on it at a distance from each other - you will definitely move closer to each other to the centre of the Bench.

Another city in Russia that is among the most romantic ones is Sochi. Today, it is an all-season world-class resort city where the travellers can enjoy their time both in winter (go skiing and snowboarding or just getting up the hill, having a glass of delicious mulled wine, and enjoying the view of the mountains) and in summer. As for romantic places, the tower on Mount Akhun is known among the visitors and residents of the city; the legend says that in the old days, every dzhigit (hotshot horseman) used to ‘kidnap’ his beautiful bride and take her to this tower to admire the sunset together.

There is also Potseluevsky Square in Sochi (“Potselui” is the Russian for a “kiss” - ed.). Many people think that the square got its name because it is the most wonderful place for kisses but the history of the name is quite simple - next to the square, there was Gastronom No. 1, and Ivan N. Potseluyev awarded the Order of Hero of the Soviet Union had been its director for 50 years. Although, of course, the Park is a good place for kisses!

The people of Siberia and the Urals also have nice places to visit during a short trip on St. Valentine’s Day. In Yekaterinburg, for example, the place where you can feel the real touch of spring on February 14 is the famous Arboretum. At the same time, this park gives an opportunity to organize a romantic photo shoot and to buy flowers and other plants grown by professional agronomists. However, the Arboretum is not the only romantic place in Yekaterinburg. Many people really like to choose an open viewing platform on the 52nd floor of the Vysotsky Business Centre for their romantic event. This viewing deck has a separate website, which directly says “The viewing deck is a great place for romantic events like a wedding, marriage proposal, confession of love ...”. After the event, it’s nice to go down and take a walk to the Love, Peace and Consent monument to the students in love, it looks like two doves. Those who quarreled have a chance to visit the objet d’art in the form of a concrete computer keyboard, they should just touch the magic Ctrl, Alt and Delete keys and can reset their relationship.

For those who do not accept St. Valentine Day that has foreign roots, but at the same time, they still have the desire to please a loved one during a short journey, it is possible to go to Murom - a small town in the Vladimir Region. The town is famous for being the place where, according to legend, the famous epic hero Ilya Muromets was born in the village of Karacharovo near Murom, but also for the Holy Trinity Monastery, where the relics of Saints Peter and Fevronia are and these Saints are venerated as the Guardians of the Hearth; their memory day (July 8) is celebrated as the Day of Family, Love and Commitment, which is the Russian analogue of St. Valentine’s Day. One way or another, the atmosphere of the old Russian town leaves no one indifferent even during a short trip, and a romantic dinner at one of the town’s restaurants can just make their love stronger.

In the furthest reaches of the west of our country, famous Kaliningrad is a special enclave for those in love; this city has become increasingly popular among travellers in recent years. Of course, in addition to the preserved German architecture and the general atmosphere of the “old Europe”, there is something for travellers in love to see in the city.

For example, the Bridge of Lovers; it was from this bridge that couples in love used to throw down the keys to their locks. It is interesting that in the Soviet time, the bridge had a plain name, the “pipeline on Brahms Street”, and its historical name was returned to it in 2019. In addition to the Bridge of Lovers, Kaliningrad is full of other romantic attractions. There is even a real Kissing Trail for romantic people that was launched shortly before the World Cup in Kaliningrad with more than ten scenery spots offering stunning views of the city for making photos with the other half.

And, of course, the list of the most romantic cities in Russia would not be complete without Moscow. It is clear that in the capital of Russia, there are a huge number of romantic places for the people in love, from restaurants with panoramic views to cozy parks, however, I would especially like to mention the Luzhkov (or Tretyakov) walking bridge as a romantic attraction, which is one of the foot-bridges across the Vodootvodny Canal and connects the Bolotnaya Square with the Kadashyovskaya Embankment. The Bridge is a memorable place for happy newlyweds because it is decorated with a large number of Trees of Love with the locks of just-married couples on them.

In general, to be frank, there are a lot of romantic places that loving couples like, and they are almost in every city in Russia. These are, for example, the Gazebo of Love in Yaroslavl and the Isadora Duncan plane-tree in Yalta, the Sphere of Love in Chelyabinsk and the Petrovsky Square in Voronezh - and much more.

The most important thing is Love. And travel! You still have time as the weekend is coming.