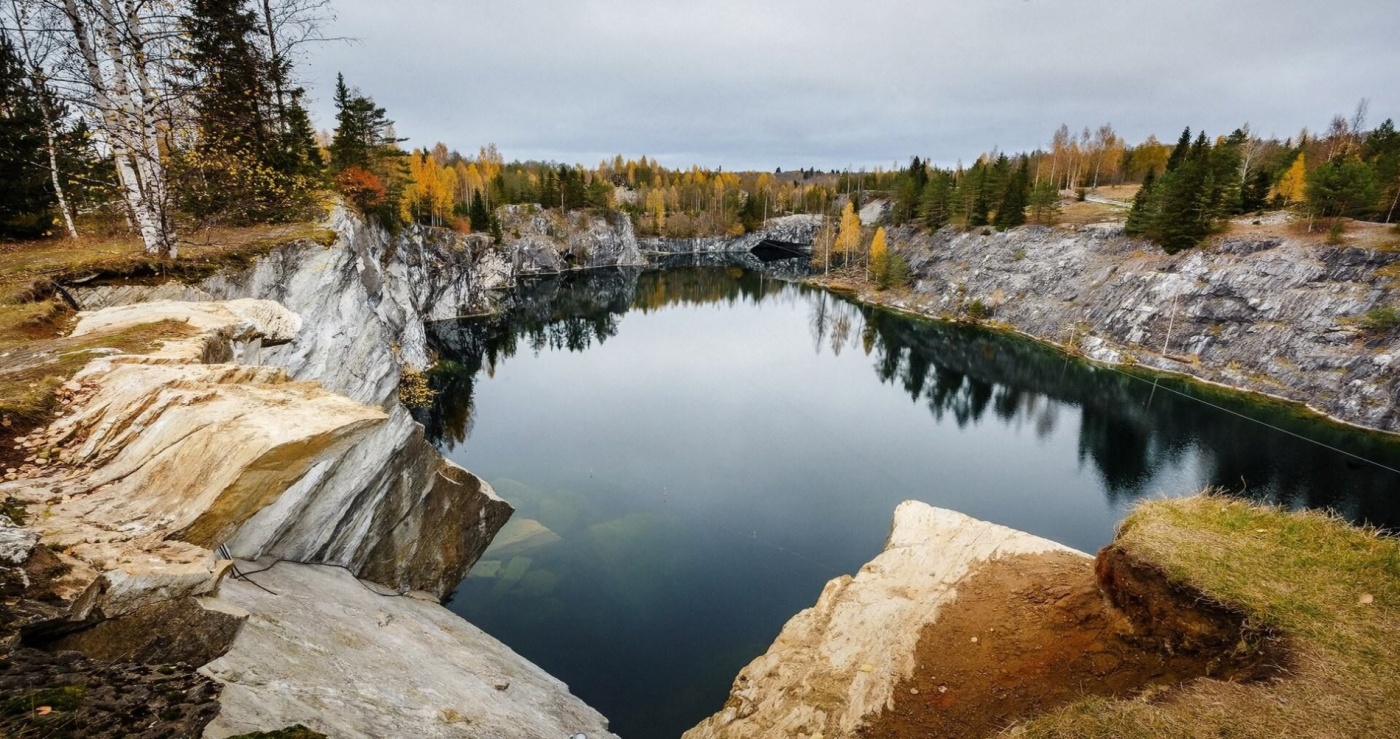 The forest, water and stone are the main treasures of the region that strikes with its pristine beauty, nordic restraint, slight arrogance, spirituality, and - at the same time - its magical attractiveness. The forests in Karelia occupy half of the entire area, the rivers and lakes occupy a quarter, and the swamps cover one fifth of the Karelian land. All the trips around Karelia are ‘ecotours’. As part of a press-tour arranged by Rostourism, we travelled to some places to see the main touristic routes.

EcoTourism Expert  continues a series of publications on travelling in Karelia

Ruskeala: Natural and historical monument to mining - the Marble canyon 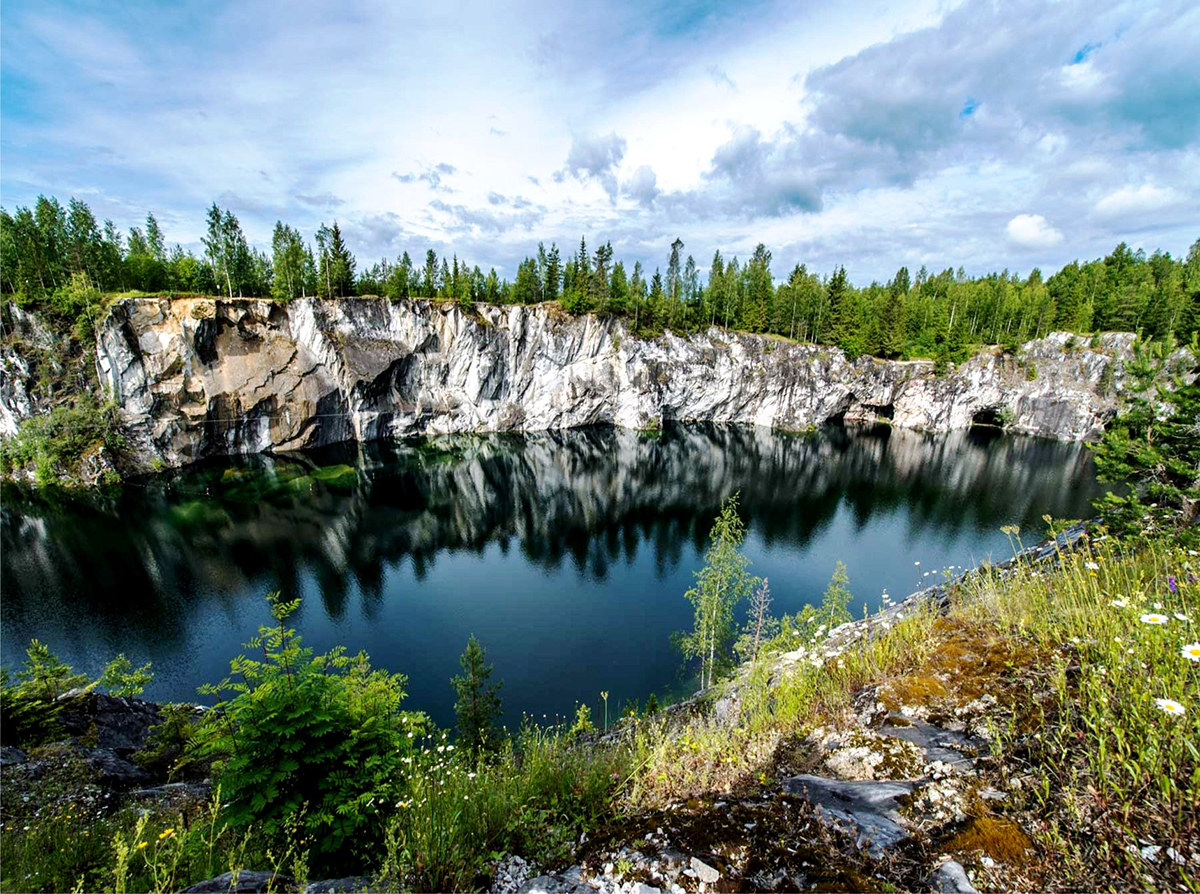 This tourist complex is almost on the border between Russia and Finland. The route to Ruskeala is included in the international tourist route ‘Blue Road’ that starts on the Atlantic coast of Norway, then goes through Sweden, Finland and goes to Russia. The road runs along numerous lakes and rivers, that is why its name is the ‘Blue Road’.

‘Ruskeala’ is the Finnish for ‘brown, grayish brown’. This area was developed by the Swedes in the 17th century. As the result the Great Northern War, the territory fell to the Russian Empire. Under Catherine the Great, the large-scale development of the quarries began here to mine marble. This marble was used to decorate the Winter and Mikhailovsky Palaces, St. Isaac’s and Kazan Cathedrals and can still be seen there. The quarries were operated until the end of the last century and there was also a marble and lime factory in the area.

Later on, the quarry was flooded to form an elongated lake. This is one of the most picturesque places in Karelia. The exact reason why water began to flow into the quarry is not known. The main feature of the Marble Lake is very clear water of a beautiful turquoise blue colour. In some places, the bottom is seen down to 18 metres. The quarry walls are silvery-white, and the shores are green with dense conifers.

You can admire all this beauty standing on the viewing decks or going boating in the lake. The grottoes and tunnels are numerous in the quarry walls. In the middle of the last century, the vault of one of the underground tunnels collapsed. Now, the Ruskeala sink is a deep and about 30-metre wide pit. In summer, it is flooded with water and forms a small underground lake. In distant areas, the temperature remains constant; the ice left from winter does not melt at all. The frozen water forms bizarre icicles hanging like stalactites.

It is easy to get to this fabulous place. You need to get to the city of Sortavala (from the Leningradsky railway station in Moscow, the train runs every day, or you can take the ’Lastochka’ high-speed train from St. Petersburg). 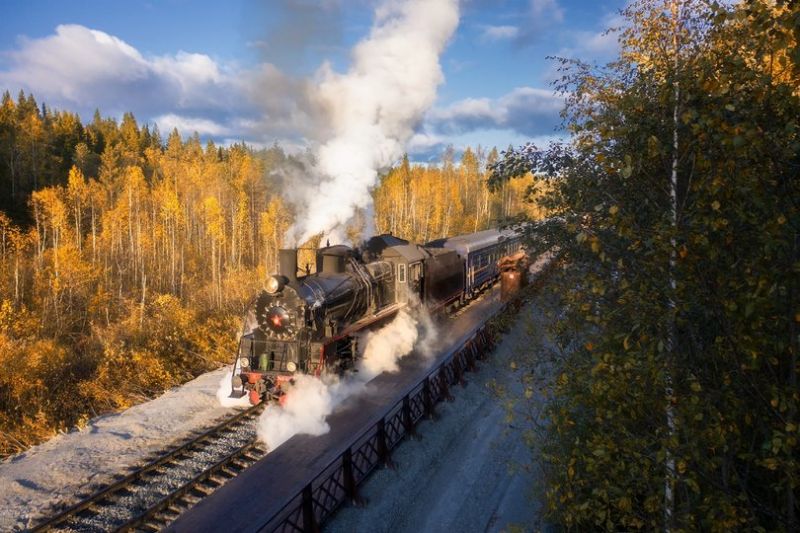 Here, the most spectacular part of the programme begins. A retro train take tourists from Sortavala to the very mountain park - the only steam train with a locomotive fireman, compartment design in green tones, table lamp, tea in cup holders, and without upper shelves. Travelling lasts about an hour, the experience and memories are for a lifetime. 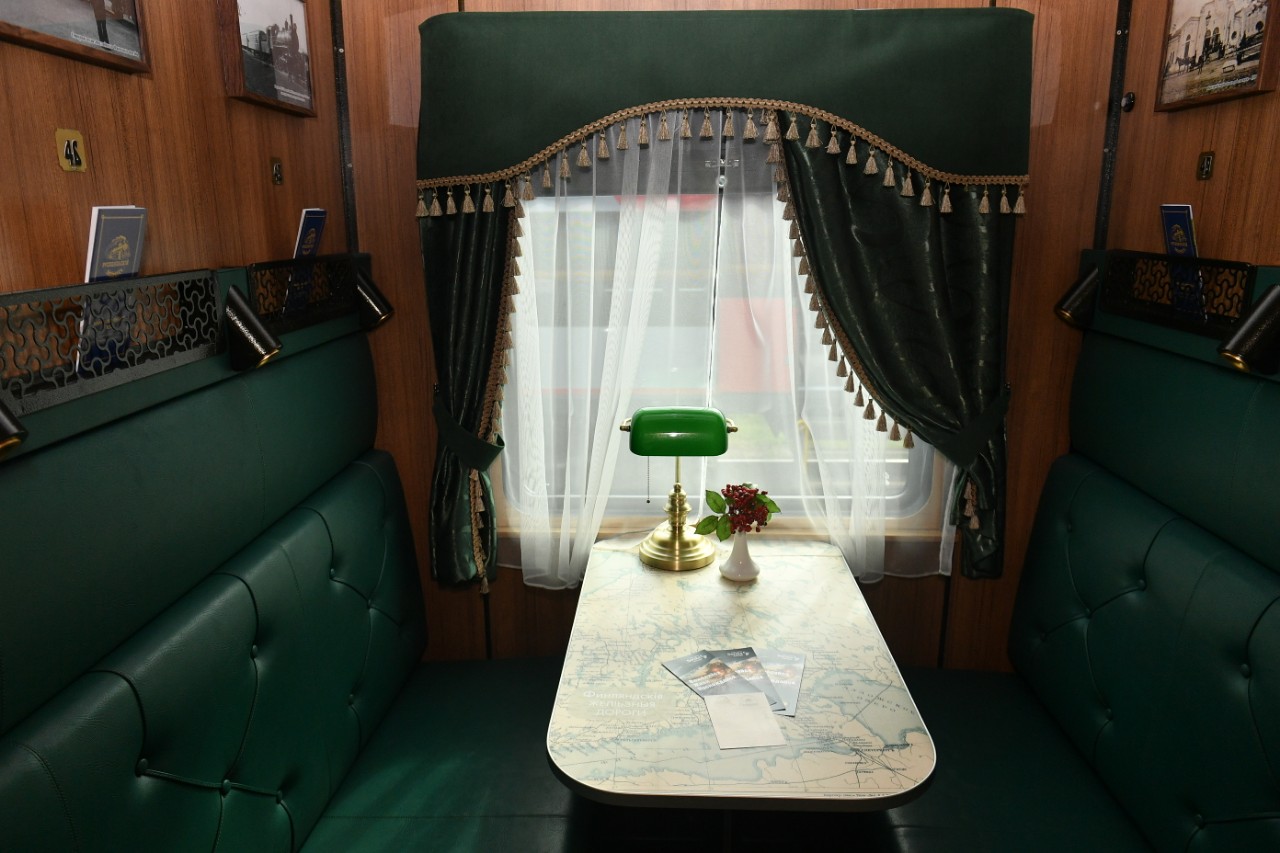