The spa-capital of the Balkans under the threat 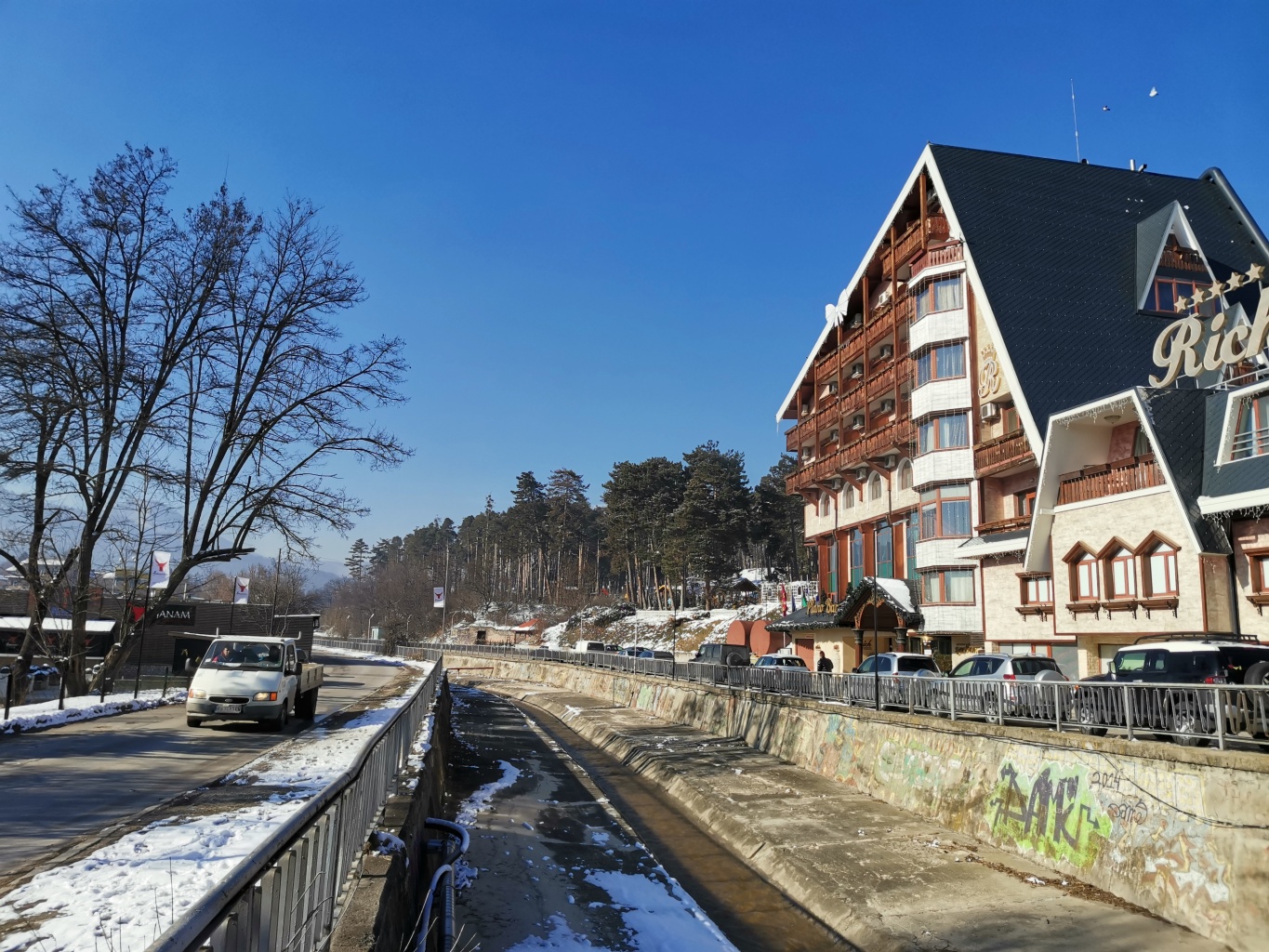 Lyubov Ivanova
Correspondent in the Balkans
03-09-2021

The Balkan Peninsula is truly unpredictable. Its borders are conventional, as is the number of countries belonging to this region. If we consider only the Balkan countries entirely located on the Peninsula, there are just 6 of them - Albania, Bulgaria, Bosnia and Herzegovina, Greece, North Macedonia, and Montenegro. But if you add the states that are only partially located in the Balkans, such as Italy, Romania, Serbia, Slovenia, Turkey, Croatia, their number is 12. And together with the unrecognized Republic of Kosovo, they make a the devil’s dozen. However, in any case, the number of the Balkan capitals exceeds the number of these countries, because the small Bulgarian Velingrad bears the proud title of the capital of the Balkan Peninsula, its spa-capital. 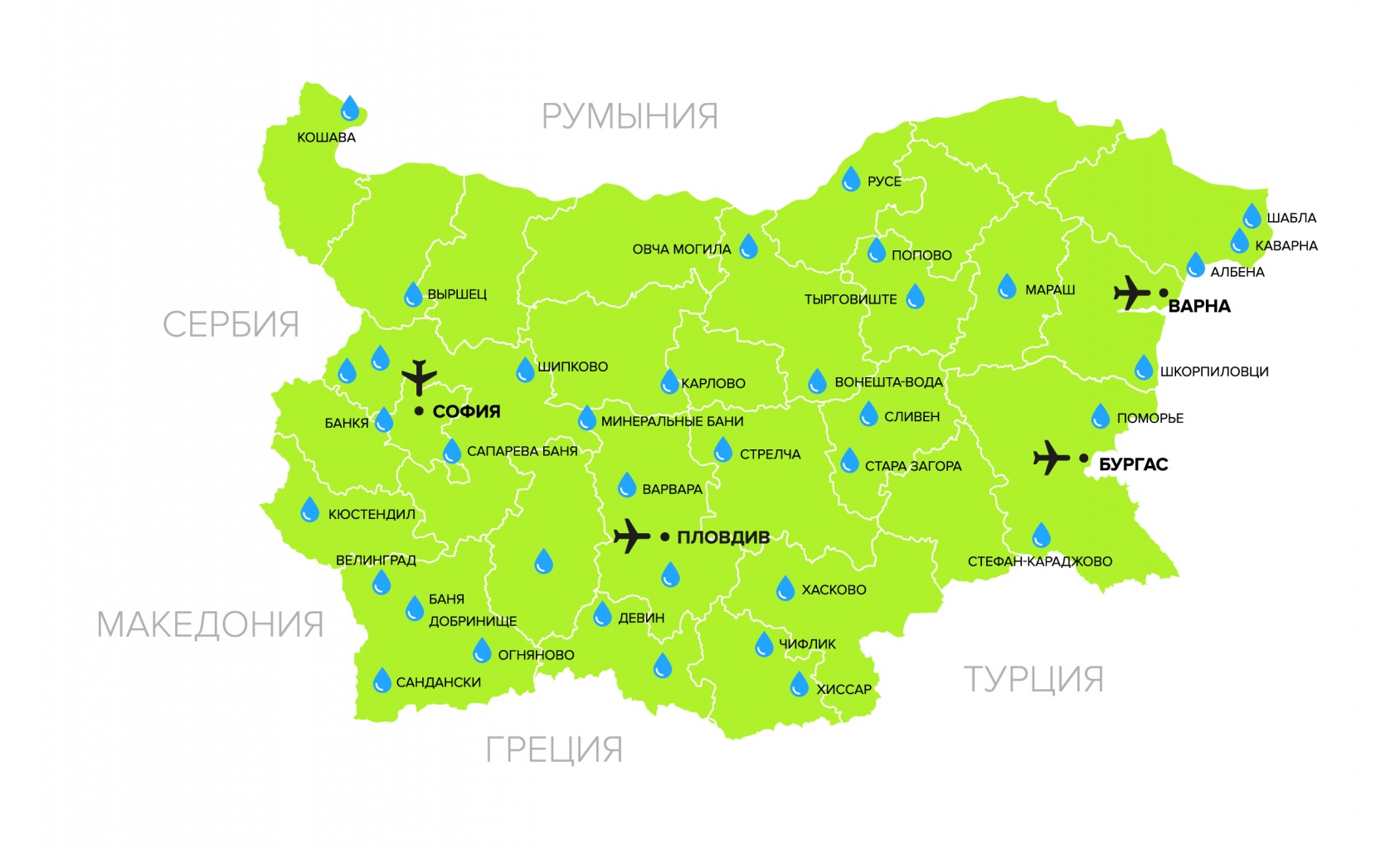 At first glance, this is an ordinary provincial town with low houses scattered along the hilly streets in a random way. The only surprising thing is the large number of hotels and fountains. The Bulgarians got used to much water as almost in every village, you can find a ‘mineral beach’ - this is how they call the outdoor pools filled with various types of mineral water, or a mineral bath. There are 6 baths in Velingrad: the Veliova bath (Bulgarian: Veliova Banya), Mud-bath, Radon bath, as well as the Carbonated water bath, Hydrogen sulfide bath, and the Siliceous water bath. 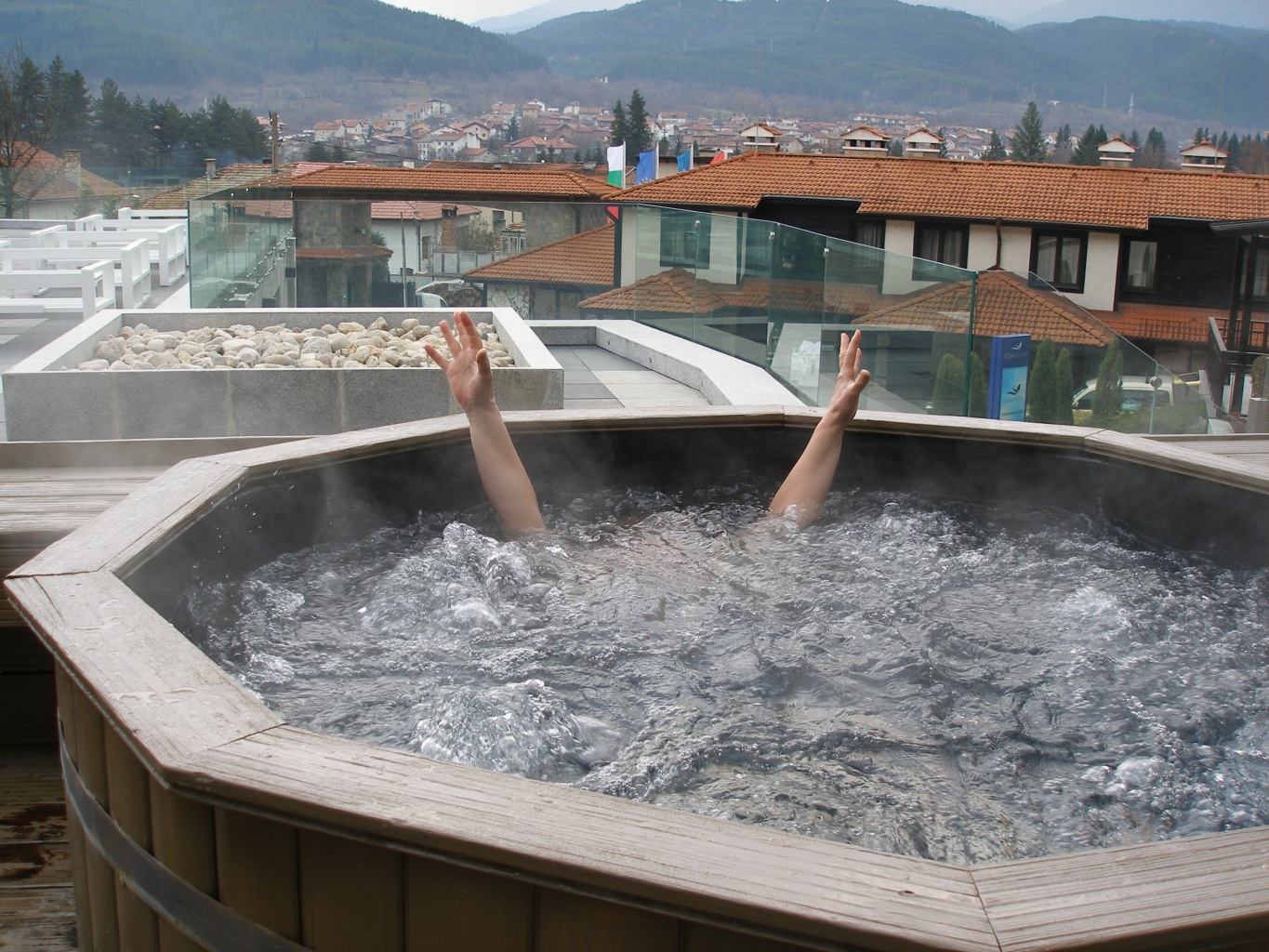 They are in different areas of the town and differ in the composition of the water and its healing effect. But all are similar in their simple design and symbolic cost of a visit. They are mainly used by the local residents, and not only to get rid of ailments, but also to have some relaxation and a talk. By the way, this tradition originated here many centuries ago. The ancient Thracians made a cult of water here when they noticed the miraculous effect of the local springs. And the Roman legionaries developed this tradition by building comfortable thermal baths, some of which are still found here. Surprisingly, even today, some plain public baths in Velingrad are on the places of those ancient thermal baths. And old women use the same springs, where the Romans and Thracians improved their health. 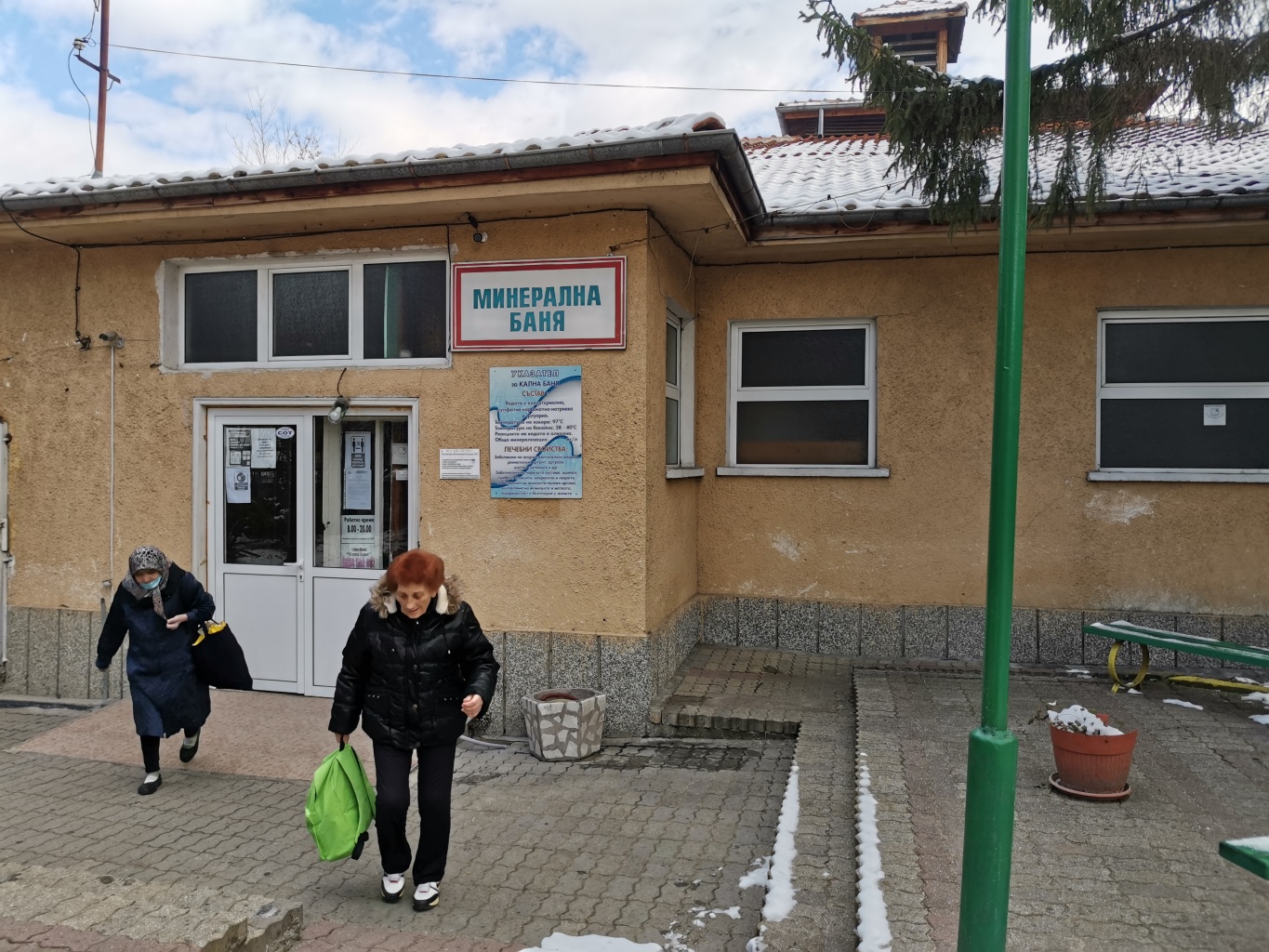 How did it happen that the provincial Velingrad, with a population of about 30,000 people, acquired the high status of the capital? It happened in 2008, at the initiative of the International Hotel and Restaurant Association of (IHRA), which unites 10,000,000 restaurants, 500,000 hotels, and 100,000,000 employees. Such impressive numbers are given on the official website of the Association: http://www.ih-ra.org/

It was this reputable organization that drew attention to a small town lost in the Rhodope Mountains. The experienced hoteliers appreciated the uniqueness of Velingrad because the town has the most powerful geothermal springs in the country, according to the research made by the European Federation of Bottled Water (EFBW) and the Bulgarian Soft Drinks Association.

And taking into account the fact that Bulgaria is second only to Iceland in this parameter, it is clear that there is no place in the Balkans richer in mineral water springs than Velingrad.

Due to its deep bedding, the Velingrad aquifer is exceptionally clean. All this provides unlimited possibilities for balneotherapy. The water of these springs can be used to treat more than 30 diseases.

The status of the spa-capital gave an additional impetus to the development of Velingrad. The hotels were renovated and their number increased: along with the usual spa-centres, elite wellness centres and large balneological ones are being built equipped with the most advanced equipment. Thanks to this, more and more hotels in the resort town receive the ESPA’s (European SPAs Association) Medical SPA and Wellness certificates, which correspond to the ISO 9001 quality standard.

Much attention is paid to improving the community facilities of Velingrad, because even in the early 2000s, in some areas of the town, a wooden water supply network was used built back in the 1930s! The Ministry of Ecology and Water Resources of the Republic of Bulgaria launched a special “Mineral Waters” investment programme to upgrade the water supply network, sanitary collectors and pumping systems.

Thanks to the joint efforts of the investors and the administration, the town boasts now of modern hotels, green parks, good restaurants and brand stores. And the stunning landscapes and the purest mountain air made Velingrad not only an attractive spa-resort, but also a popular ecotourism centre. 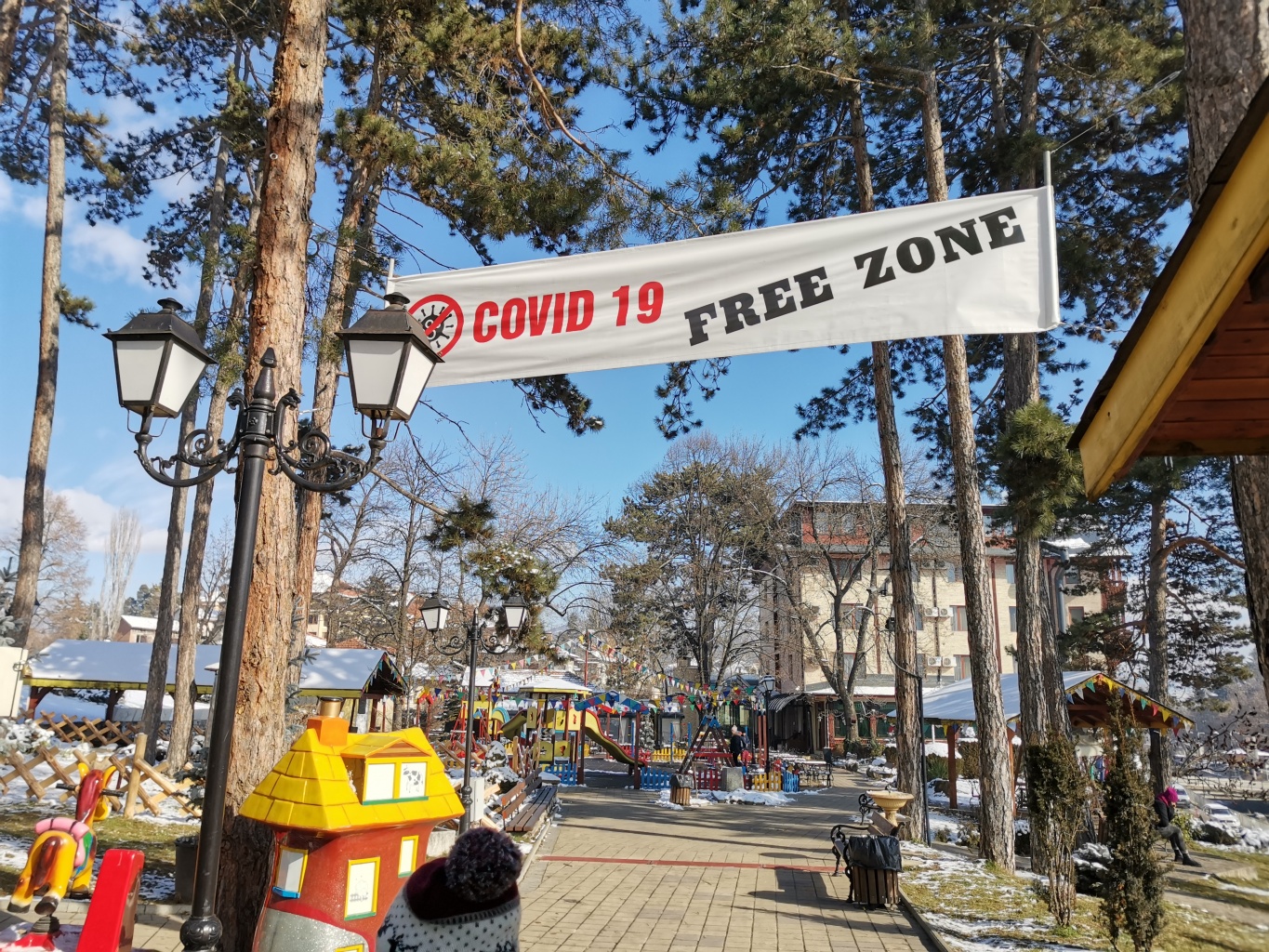 Along the eco-trails, hikers rushed to explore the unique natural sites of the area. And there are a lot of them including the beautiful Batak Lake, as well as the unique three-level Lepenitsa Cave and the Mantaritsa Biosphere Reserve with its centuries-old spruce trees. The exotic rural tourism attracts the foreign guests - the locals pick up medicinal herbs in the mountains and bee farming is very developed here. Even bears visit the area to taste the local honey. And this is really true: the Regional Inspectorates of Environment and Water (RIEW) have to provide beekeepers with special equipment to scare away the brown bears, which is recorded in the administrative reports every year. (https://new.riewpz.org/main.php?module=news&amp;object=news&amp;action=view&amp;nws_id=7...)

Gradually, Velingrad became so popular that there was a talk of assigning the status of the Europe’s spa-capital to the town!

However, suddenly the process slowed down, and ironically, it was because of the natural resources of the region. Large reserves of tungsten ores were discovered not far from the town. A concession for the development of the deposit was quickly established and business people were ready to invest BGN150 mn (€75 mn) in the promising project. The plan for mining and processing the tungsten ore was finalised and approved. However, only one little thing remained to be done - to get the approval of the environmental authorities and local communities. And here, the scythe struck a stone.

The plant should be located on an area of 550 acres (220 hectares), and together with the adjacent areas, 560 hectares of the Western Rhodope were supposed to be used. The ore reserves were estimated at 9,381,000 tonnes, and the estimated life of the mine was 33 years. At the same time, the investment project zone covers the basin of the Chepinska River (water body No. BG3MA900R198) - the main source of drinking water for the entire valley - and there is also a possibility of disrupting the ecosystem of the unique Kalinski Pluton underground sources (water body No. BG4G00000PzC2021).

In addition, the concession covers 23 hectares of the area of the NATURA 2000’s BG0002063 Western Rhodope project created for the protection of wild birds according to the Order No.RD-890 of the Ministry

of Environment and Water Resources (MoEW) of the Republic of Bulgaria dated November 26, 2013.

All this area is 20 km away from Velingrad!

The residents and the administration of the region decided to defend their habitat. A struggle began under the slogan “Velingrad is a town of healing water, not mines!” More than 11,000 people signed a petition with the protest, as they would like to see not a mining and processing plant near their town, but bee-farms, even if several bears would come here from time to time. The Association of Hotel and Restaurant Keepers of Velingrad and Western Rhodope put forward their arguments for defending the tourism business. The Ministry of Environment and Water insisted on the ban on industrial activities in the protected natural areas.

However, the big business lobbied for a profitable project.

Endless lawsuits started. For the second decade, the Themis’ balance tips in favour of the environmentalists, on the one hand, or the industrialists, on the other hand. The court hearing, which took place in the summer of 2020 in Plovdiv, reversed the judgment of the previous courts regarding the ban on the construction of a tungsten mine in the Rhodope Mountains ...

The reasoning of businessmen is based on the fact that this is the largest tungsten deposit in Europe, which will bring a lot of money to the country’s budget. However, the geothermal springs of Velingrad are also a huge wealth, and the people have been using their resources for over two thousand years. The estimated horizon for the tungsten ore production is 33 years. And what will be beyond these 33 years?

When preparing the material, the information from the official sources were used: