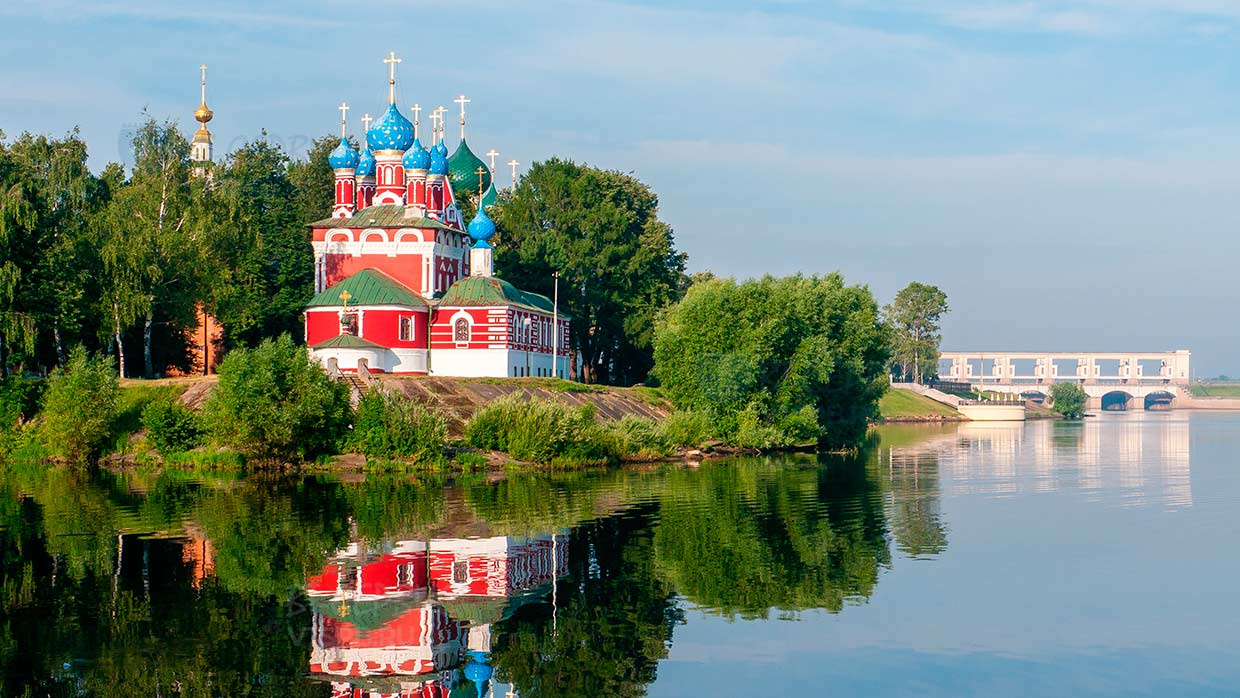 Around Moscow, there is a chain of towns that are the core of what is called “Ancient Russia”. These towns of North-Eastern Russia reflect the concept of “authentic Russian” ones, and since the times of the Soviet Union, they have attracted both foreigners and domestic travellers. It is tourism that could become a city-forming industry for them taking into account that the old arts and crafts industry still exists in these places and still is part of the cultural code of Russia. The correspondent of EcoTourism Expert has seen how the towns of the Golden Ring are developing, what - and to what extent - was done to preserve the country’s priceless cultural heritage.

In view of the well-known problem existing in the world and starting with the letter “С”, all the travellers had an alternative plan. Some people rushed to the seaside, and the others decided to enjoy the beauty of the country in not so remote places and went on a trip to the Russian towns in “Central Russia”.

Having already visited amazing Suzdal several times - a real “jewel-box” and a tourist attraction well-promoted in Russia and abroad - we went to other towns of the Golden Ring of Russia with the intension to visit as many places as possible just in a few days.

The first stop was Uglich.

What does everyone know about Uglich, what is the first thing that immediately comes to mind of any Russian person? Of course, the murder of Tsarevich (son of a tsar) Dmitry (Demetrius), the tragedy “Boris Godunov” (thanks to Alexander Pushkin and the lessons in the Russian secondary school). And only then comes the second important thing, the great Russian Volga River that is so rich in fish. For a foreign traveller, it is quite possible that this is merely an ancient Russian town. Although, “Boris Godunov”, of course, is read not only in Russia ...

What can you, a traveller, see today in Uglich? The image of the murdered Tsarevich, the youngest son of Ivan the Terrible and Maria Nagaya, was widely popularized in Russia in the late 16th - early 17th centuries. At that time, this boy, Prince of Uglitsk (Uglich), was canonized and became one of the most revered Russian saints. The Church of Demetrius on Blood was build (1681) on the spot of the murder of the tsar’s son. 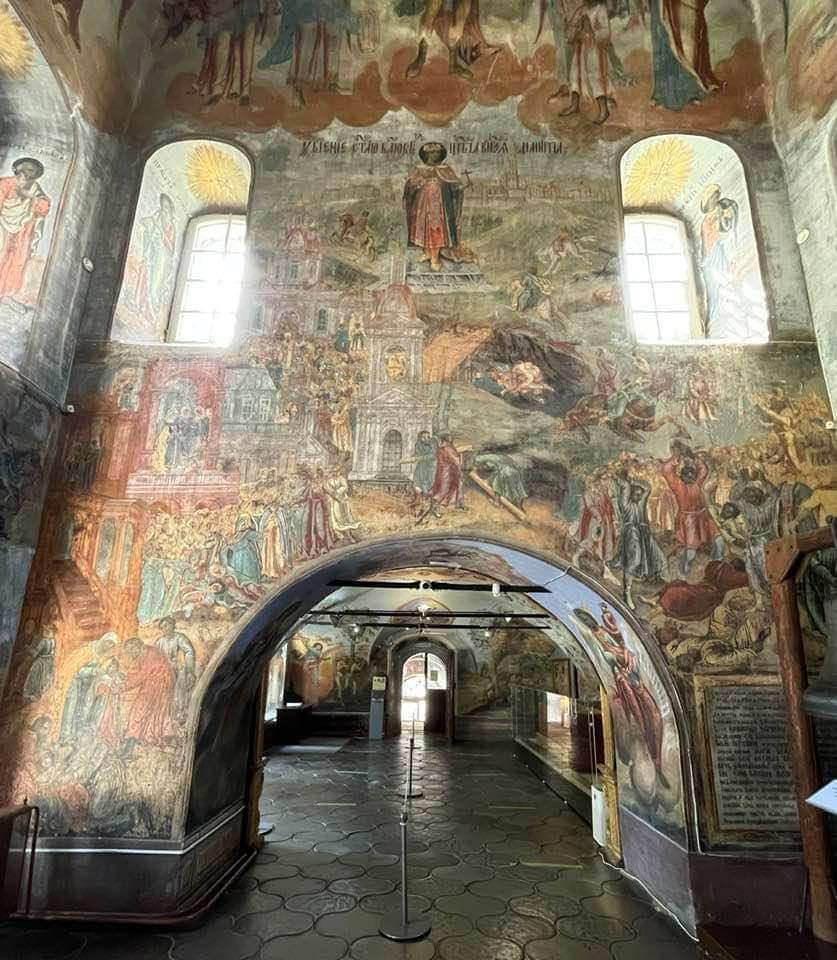 Now, you can hear about him in Uglich only during the tours of the Kremlin. You can order an excursion and you will be told in general words about the history of the town and the carefully preserved monuments of the Uglich Kremlin, the State Historical and Architectural Art Museum. You will also be told much about the Tsarevich. Unfortunately, the guides normally mention his story “among other things”. No special exposition, no separate story or film, nothing special thing about him ... Only a bronze sculpture of the boy by Alexander Rukavishnikov that appeared in Uglich in 2015. 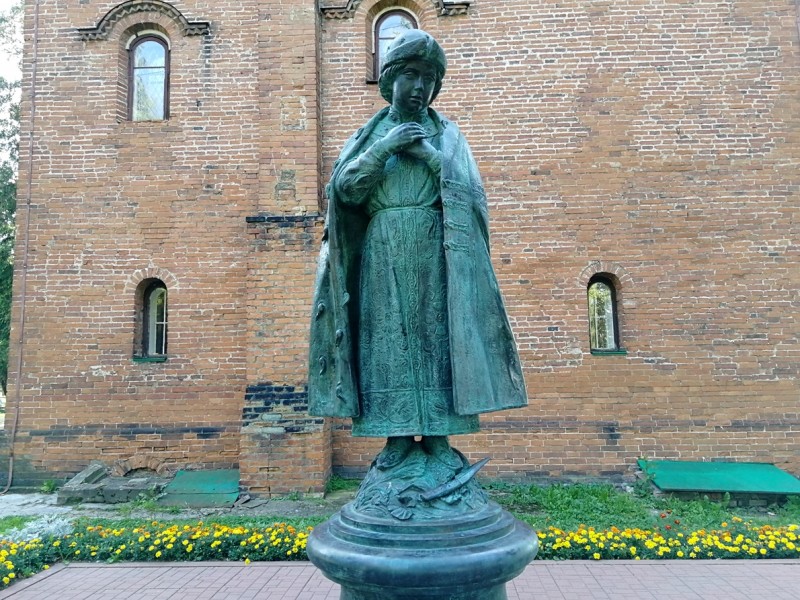 In the Uglich Kremlin, there is also an “exiled” alarm bell used by the watchman of the Spassky Cathedral Maxim Kuznetsov and the widowed priest Fedot to give the alarm when the Tsarevich was killed. After the unrest that followed the alarm, the bell was “executed” by cutting off the bell-tongue and “exiled” to Siberia; it returned to Uglich three hundred years later. Is this story really interesting? Yes, it is; and many things - almost everything connected with Ancient Russia - is more exciting than the “Game of Thrones”. But, unfortunately, with the exception of some works, the history of the Ancient Russia is not particularly described in our country, although, it could be the basis for real blockbusters. Meanwhile, this is not the case with Boris Godunov. After all, as for Uglich, Alexander Pushkin did his best for the town, and the composer Modest Mussorgsky did a lot, as well as a whole galaxy of producers of operas and movies. And what about Uglich? For the town, the murder of the tsar’s son could be the same as the stories about Sherlock Holmes for London. But it was not yet.

Except for the remarkably preserved area of the Uglich Kremlin (this is a museum now) and the town’s monasteries (kept thanks to the Russian Orthodox Church), the visitors cannot fully enjoy the unique houses in the then trading quarters that still remained here, thanks God. Although, the historical centre of Uglich is still kept, the five-storied buildings are seen next to the houses dating back to the days of Peter the Great. Old merchant estates with their last bit of strength are expecting for the better times to come, and in fact, some of them could be Russian architectural monuments. They are here, quite near, just a block away from the cruise ships’ pier and the Kremlin, and one can make them museums, souvenir shops, or hotels. If they were restored, the town would be really splendid, the tourism business would gain momentum and would probably provide jobs to a huge number of people, including young people who gather now around their cars next to the ancient temples in the evenings to listen to rogue songs that sound loud though the wide open car doors. In the meantime, we can only hope that A. Pushkin with his “Boris Godunov” will outperform and there is still time to introduce the story of the murdered Dmitry into a tourist context, and that Uglich will finally be able to tell about this tragedy in the Russian history. 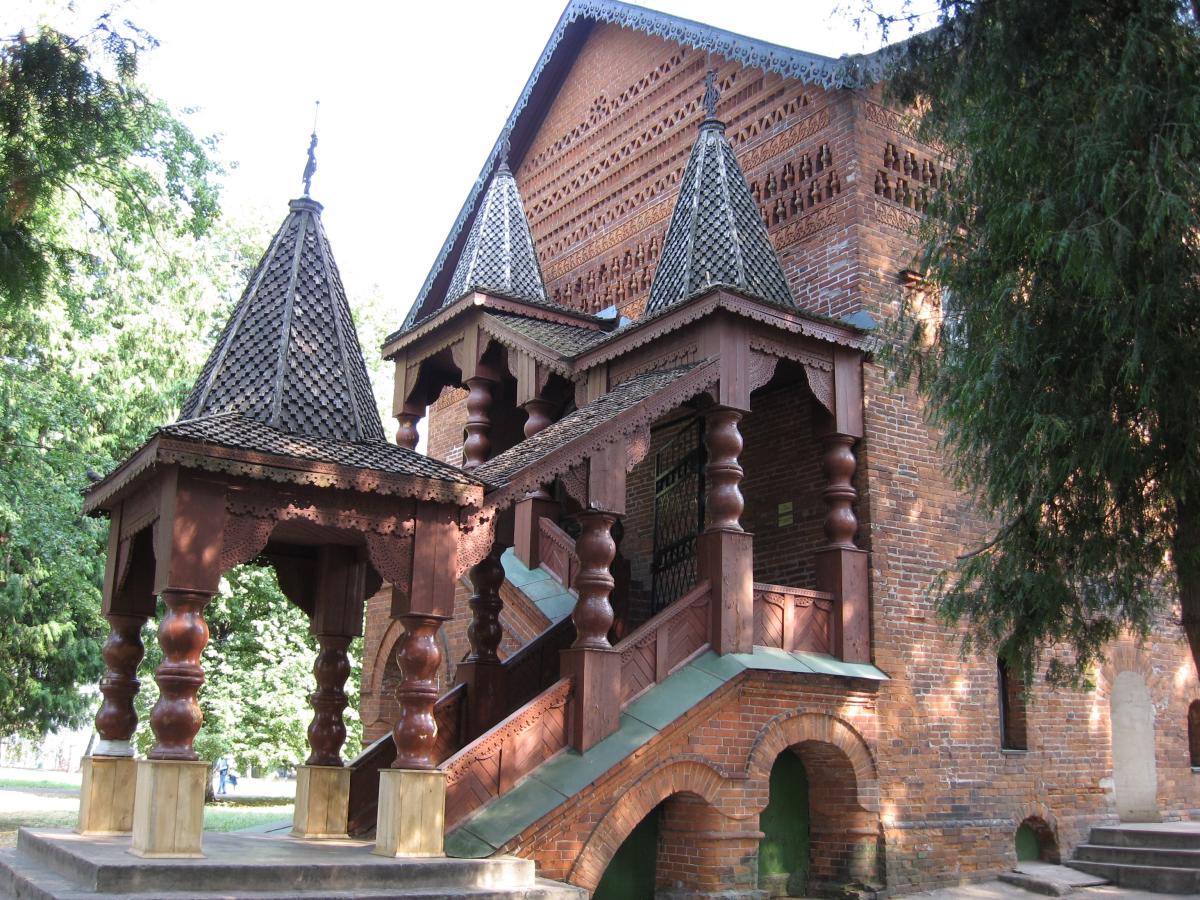 And what about the Volga, you may ask. Nothing special ... There is no yacht club. There is a pier and small boats. There is no river communication with neighbouring cities that have tourist attractions. At the local restaurants, you can find local pike-perch dishes only. In the midsummer, neither fishing tours nor walking at sunset are offered. The people of Uglich, what is wrong in your town? Why do you sell China-made “Russian-style” consumer goods at the so-called Folk Crafts Fair? Where are the real popular arts and crafts? Maybe, during the whole day, you are busy choosing the rogue songs to listen in the evening? The town keeps on expecting miracles to happen - with its last bit of strength - and preserves something intangible, ancient that is in the air, and says to those who come here - here it is, a piece of real Ancient Russia. 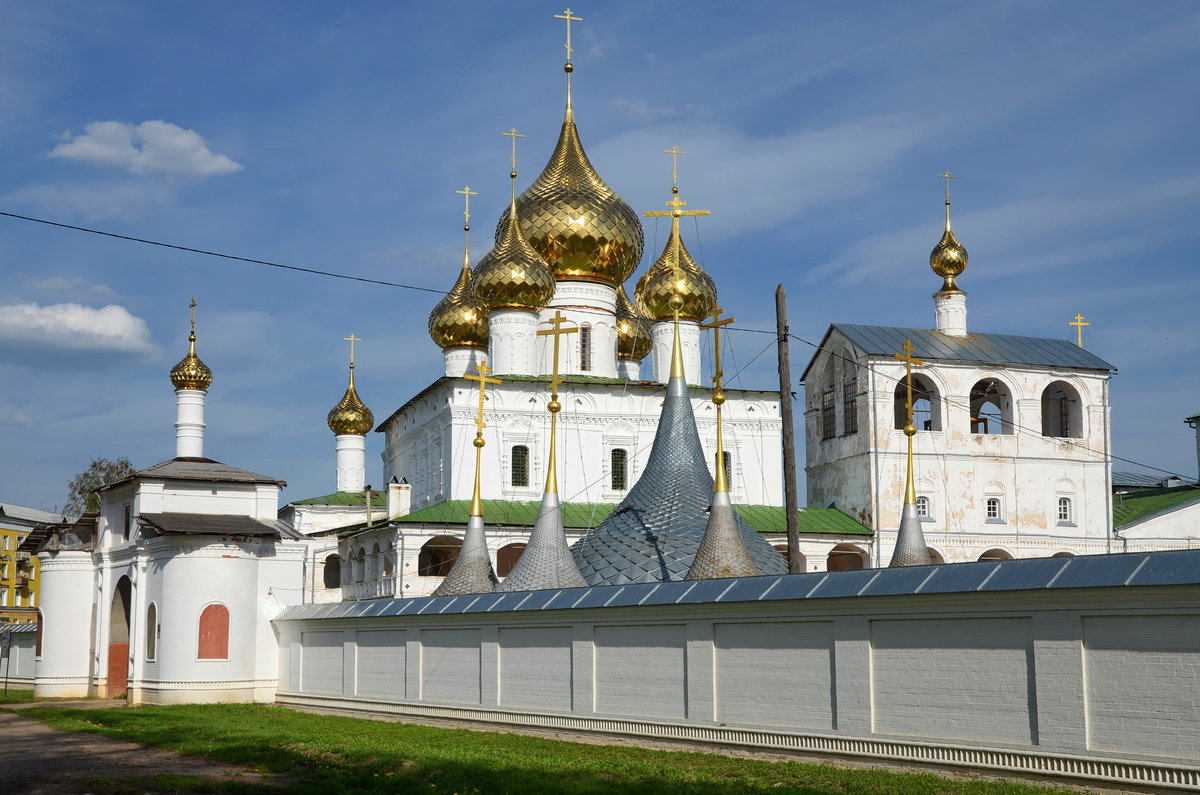