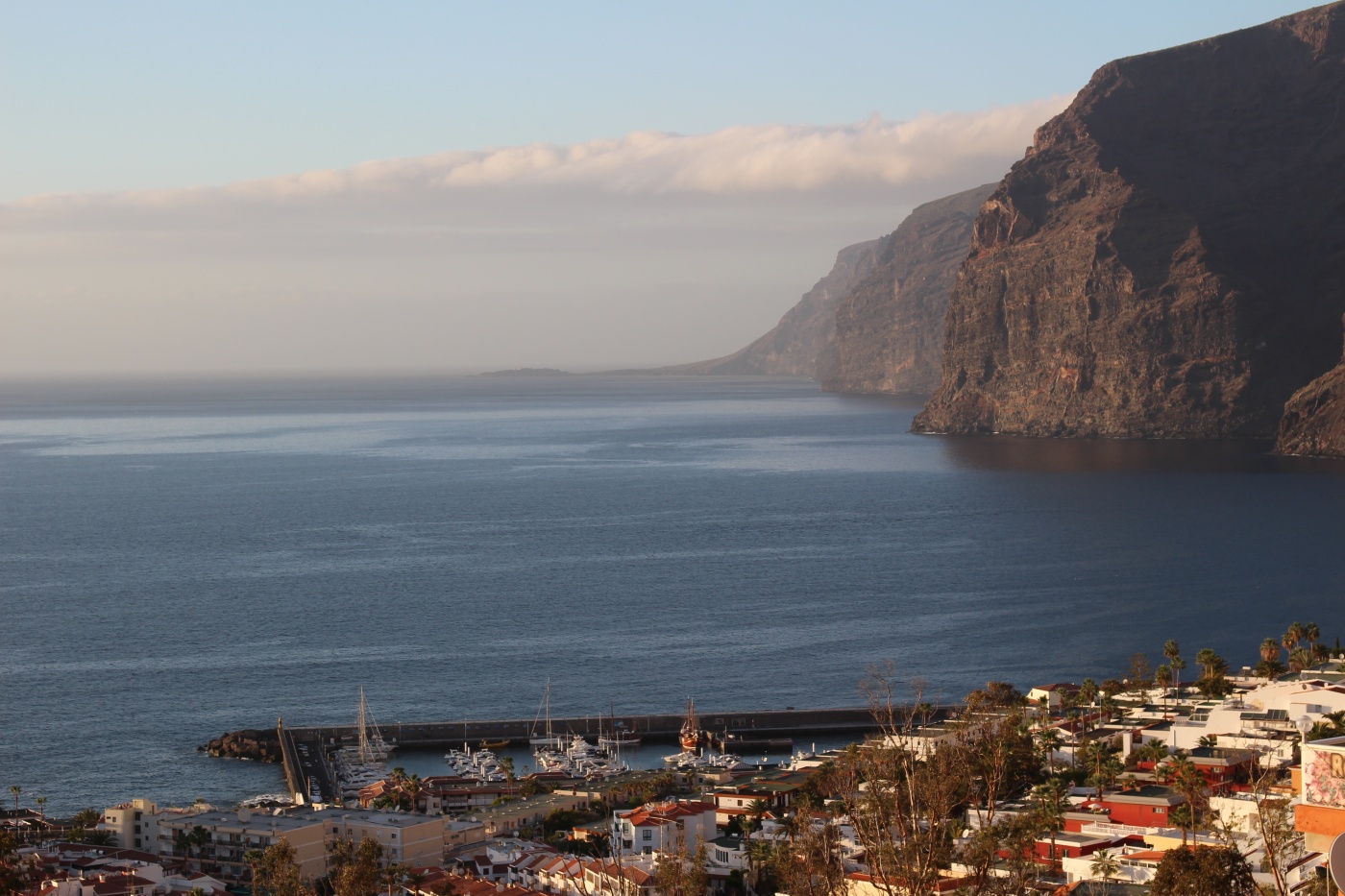 Tenerife located west of northern Africa is famous with a year round spring and mild weather. I visited the island at the end of January and brought photographs full of bright sun and warm sea, bloomy colors of nature and unique black sand beaches. It is both very pleasant to sunbathe on the black volcanic sand, and it is also good for health, and the Tenerife black sand is thanks to the dormant volcano Teide. It is located in the centre of the island, and it is worth spending at least one vacation day to go there instead of sunbathing on the beach. What you can see there looks little like the Earth’s landscape and is much more like a fantastic tour of another planet.

Remember, in The Little Prince by Antoine de Saint-Exupery, “If they are well cleaned out, volcanoes burn slow and steadily, without any eruptions.” Such is indeed the case with Teide. The volcano from The Little Prince came to my mind here all the time: it is very calm and quiet near the Mount Teide, very beautiful, and there is a huge National Park around it - a real honeypot for lovers of hiking and ecotourism. 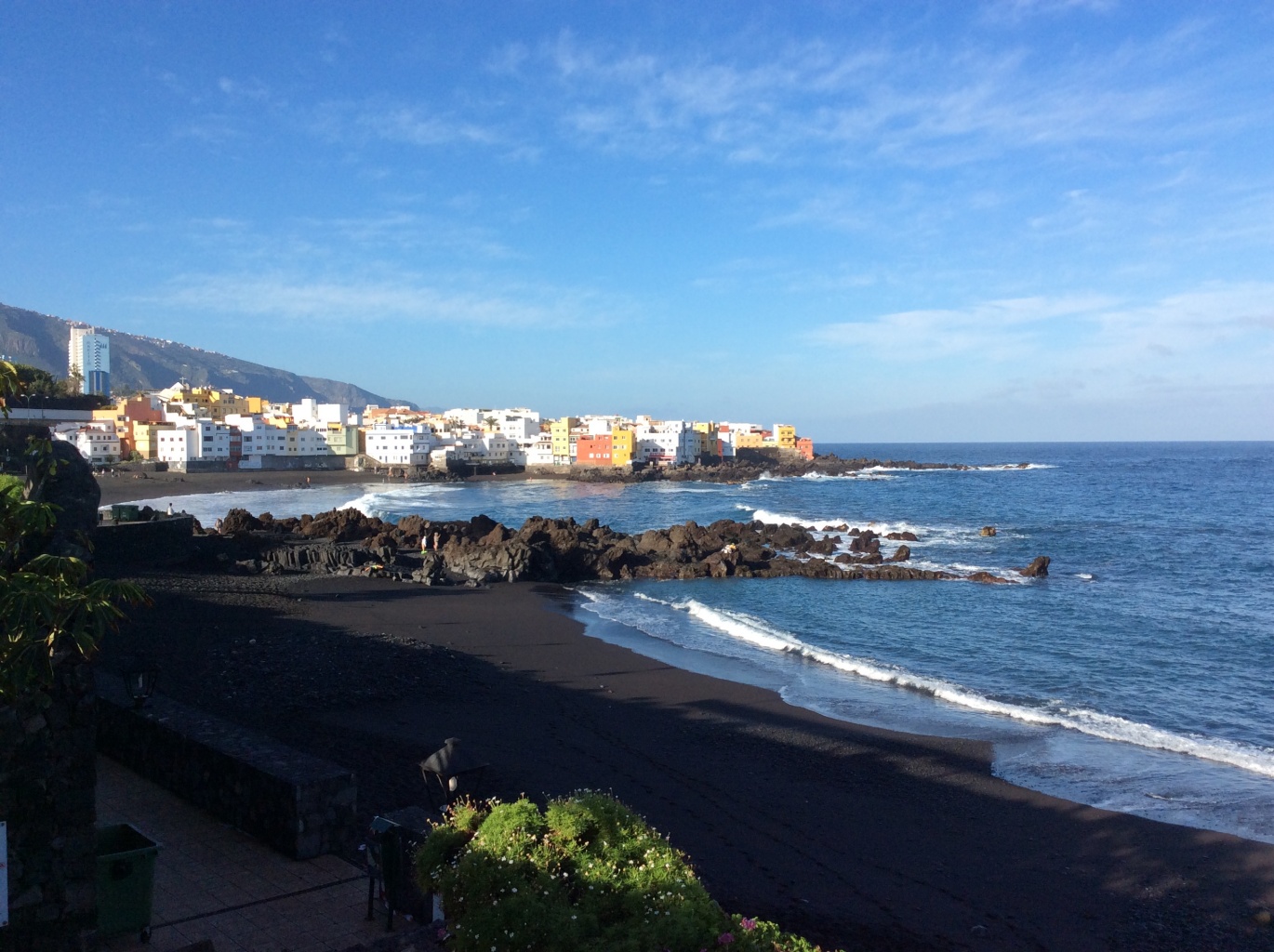 But this was not always the case. The volcanic sand on the beaches and huge boulders near the Teide Peak (Pico del Teide) is the result of the eruption that occurred about 150 thousand years ago and splashed out powerful streams of lava. There were eruptions in the history of the Teide volcano when some towns and villages perished by the depredations of the lava. The last eruption was over a hundred years ago and did not bring much damage, it only scared the people a little. Then, the orifices of a volcano appeared on the slope of the Pico Viejo (part of the Teide volcanic complex), called the ‘Teide nostrils’. For three months, lava flowed out of them, covering a large area and creating an intricate volcanic landscape in the western part of the Park. From time to time, the volcano manifests oneself now, too, sometimes as small shocks that are not felt by residents, and sometimes as clouds of smoke. But this just looks as if a sleeping giant is breathing heavily.

You can find out that the volcano is not extinct but alive, by climbing up to its top by a Teide cable car and then walking to the crater. Here, you can both feel and ‘see’ the Teide's breath watching the clouds of steam from the crater. From the Teide top, the whole Tenerife Island is seen, and in good weather, the neighbouring islands of the Canary Archipelago are also seen.

This is not surprising as the peak is over 3,700 metres high. When you climb up the spiral highway to the volcano’s foot, it’s like travelling by airplane: the clouds are approaching slowly but surely, and at some point, the car is already hovering above the clouds that are far below. A memorable experience.

An important life hack - to climb to the volcano’s crater you need to get a special permit on the website of the Spain’s national parks. It is not difficult and absolutely free. The only thing is you need to buy the permit long before the proposed visit, otherwise, the passes for the date and time you want will be snatched up. This is done to regulate the tourist flow directly to the crater. If you do not know about this and do not get a pass in advance, you will have to stop exactly 700 metres from the top point - just where the cable railway takes you. It is a little disappointing.

However, if there is a strong wind and the cable railway is ‘temporarily closed’ (this happens quite often), don’t despair. The pass is automatically extended until the day the cable railway will open again. And this time, you will have more time to explore, in my opinion, the most interesting thing - the National Park stretched out at the volcano’s foot with amazing ‘space’ landscapes.

This is really so. Everyone can be impressed by the vegetation and landscape, bizarre mountain and rocks, among which there are huge spherical figures from lava, the ‘Teide eggs’. Especially picturesque is the ‘Lunar landscape’, light cone-shaped formations made by wind and moisture for millennia, as well as the rocks of Los Roques de Garcia. The whole valley resembles the surface of the Moon or Mars. It is no coincidence that the episodes of several movies were filmed here, for example, Star Wars, Planets of the Apes, and One Million Years B.C. ... 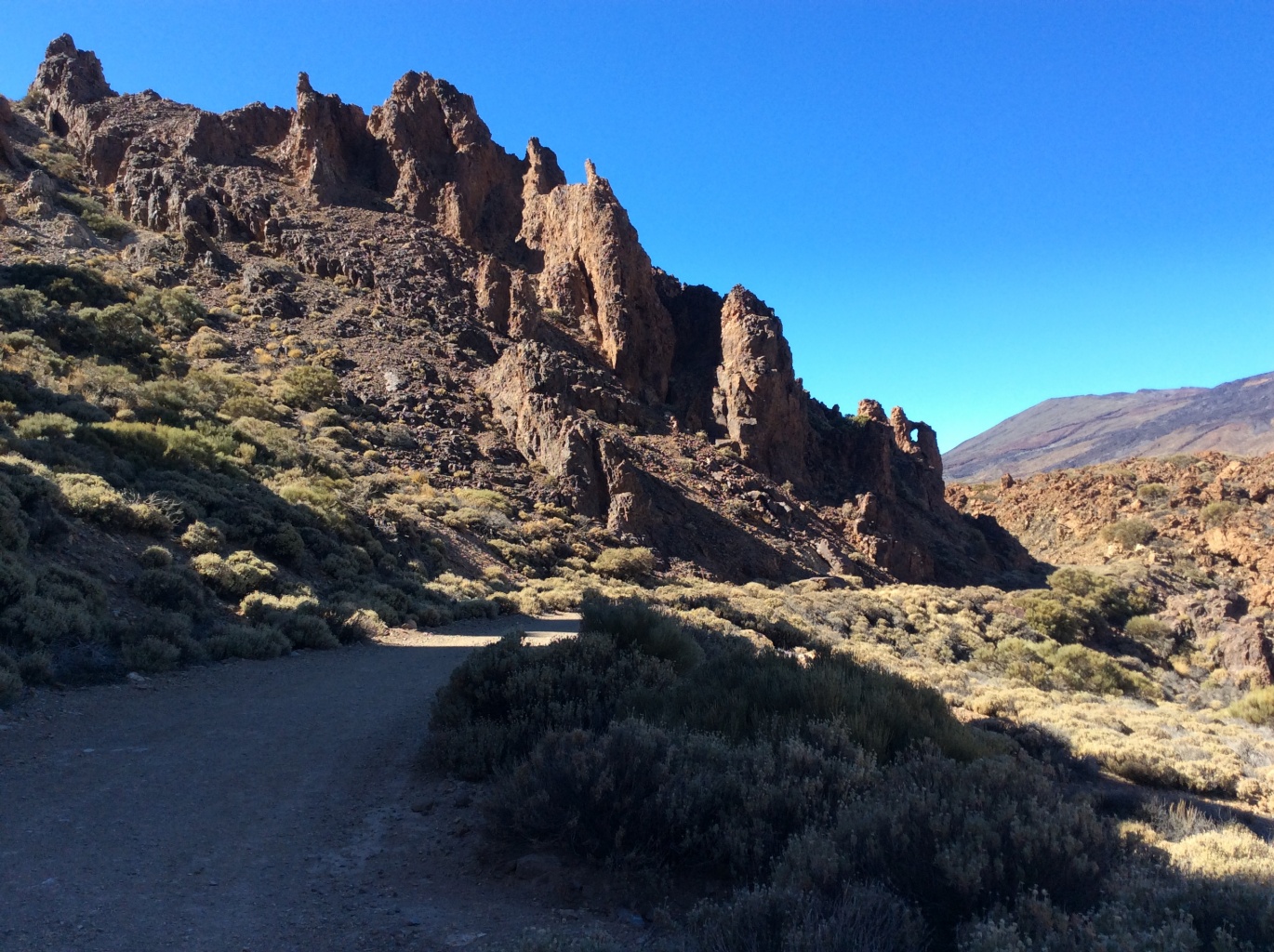 The flora and fauna in high areas are not very diverse. The Canary pine tree growing on the rocks looks all the more surprising, as well as the yellow pajonera bushes making the landscape colorful, and the 3-metre high Tenerife bugloss - the symbol of these places - blossoming with red flowers.

There are several hiking trails in the National Park. The easiest 4-km hiking tour suitable for everyone can give you beautiful landscapes, views of Los Roques and the rocks resembling a huge cathedral.

But if you have time and wish you can take a much longer 15-km hike to Seven Gorges that takes you about 5 hours. There are other trails that include ups and downs and visiting the craters and caves. If the main purpose of your visit to Tenerife is its National Park, I advise you to stay at the hotel on its territory and take detailed maps at the Visitor Centre - they are in several languages, including the Russian. You will enjoy unforgettable sunsets and sunrises, admire the beauty of the night starry sky.

The National Park is located at an altitude of more than 2,000 metres and, most importantly, above the ‘sea of clouds’ brought here by trade-winds. From here, you can see 83 constellations of 88 observed from the Earth. By the way, both many people in love and romantics ‘admire the stars’ here, and also astronomers look at the stars here as one of the largest observatories in the world is in this Park.

And the green parrot

The Teide National Park is a UNESCO World Heritage Site and is included in the list of ‘The Twelve Treasures of Spain’. Tenerife can be safely called a ‘treasure island’ - there are so many interesting natural wonders here, most of which are associated with the Teide volcanic activity. 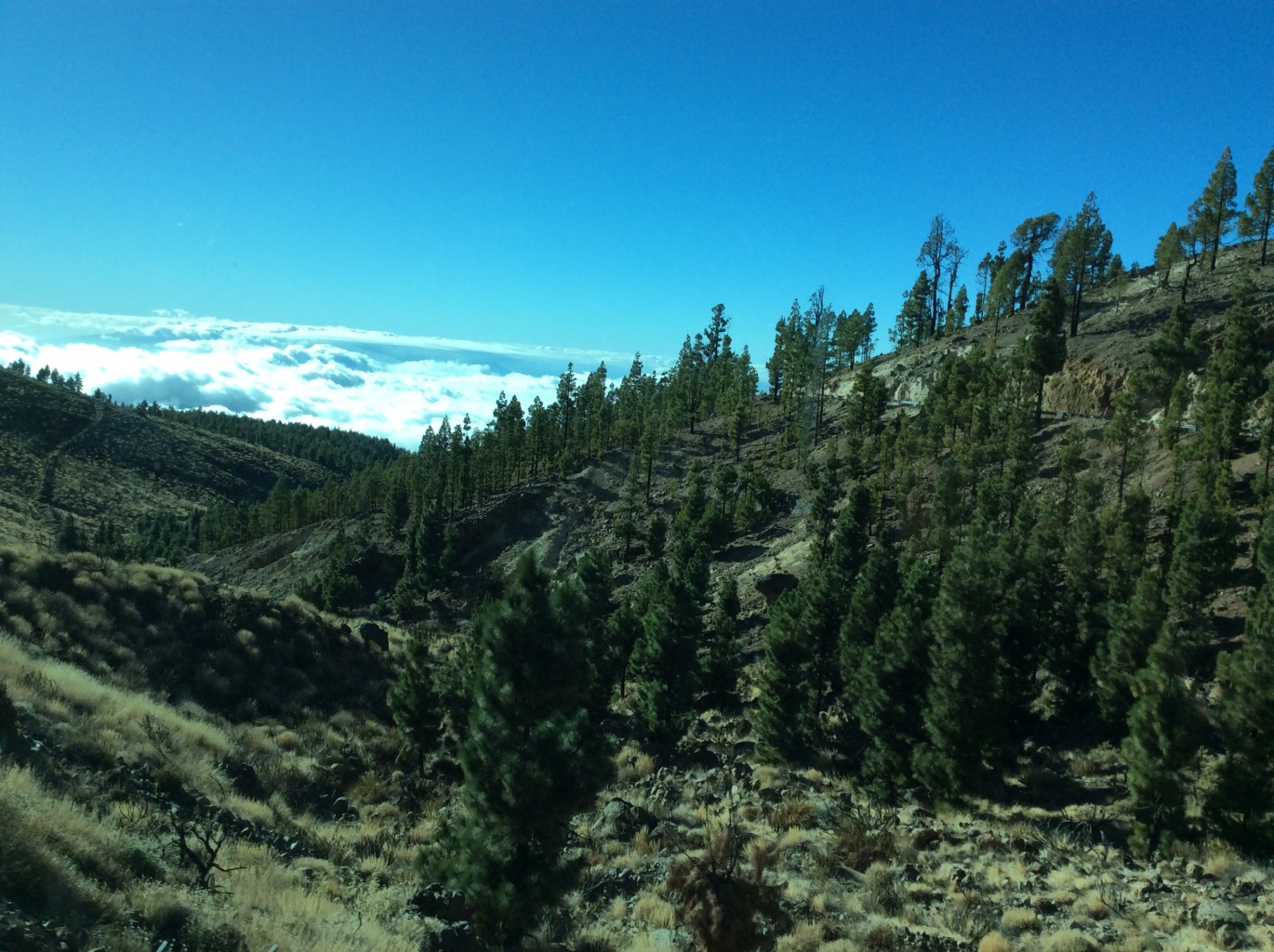 In the north-west of the island there is a romantic place Los Gigantes named after the giant basalt rocks ‘supporting’ the sky and going straight into the ocean. According to a legend, the pirates brought the loot and hid it in the caves. Is it true or not, it’s hard to tell now. But the parrot looking like pirate John Silver’s companion can be found in the Loro Park located on the Tenerife Island.

‘Loro’ is the Spanish for a ‘parrot’. There are up to 300 species here, large and small, talking and not, and even learned ones, their performances are held daily to the delight of children and adults. 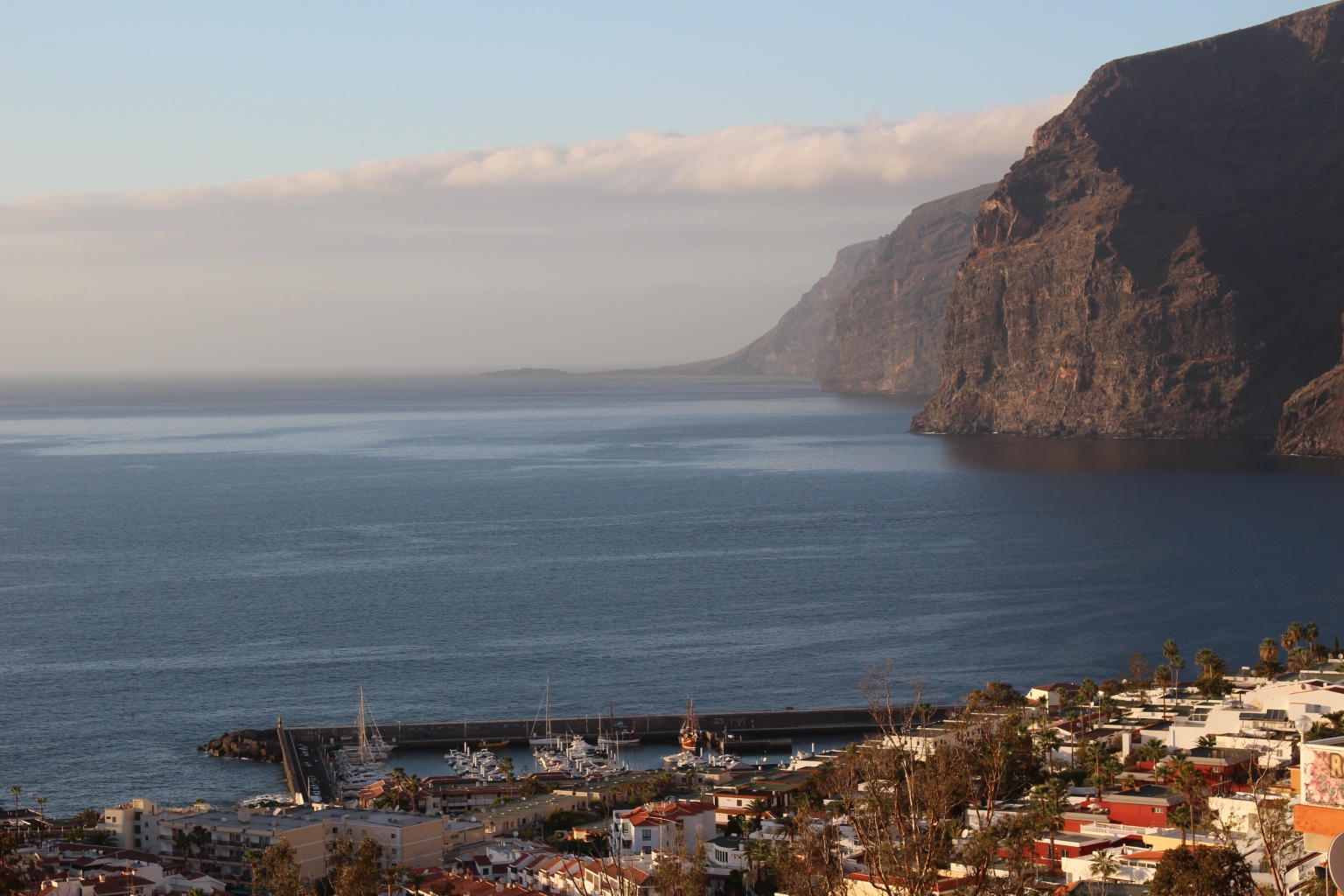 We advise not only the lovers of these birds to visit the ‘Loro Park’. The Park hosts shows of huge whales - killer whales, dolphins and fur seals; excellent living conditions are created here for lions and tigers, gorillas and chimpanzees, crocodiles and hippos ... Flocks of flamingos walk around here surrounded by lush vegetation, and sharks and many species of fish as well as other sea and ocean animals inhabit the huge Aquarium.

Despite the fact that several centuries ago, Teide was called the ‘hell’s island’ because of its violent temper, it is a true paradise today - both for a beach tourism, for active travelling and for an educational tourism. And by the way, the Canaries should be among the first in Spain to reopen after the Covid-19 quarantine.