Sochi in the works of Nobel laureates 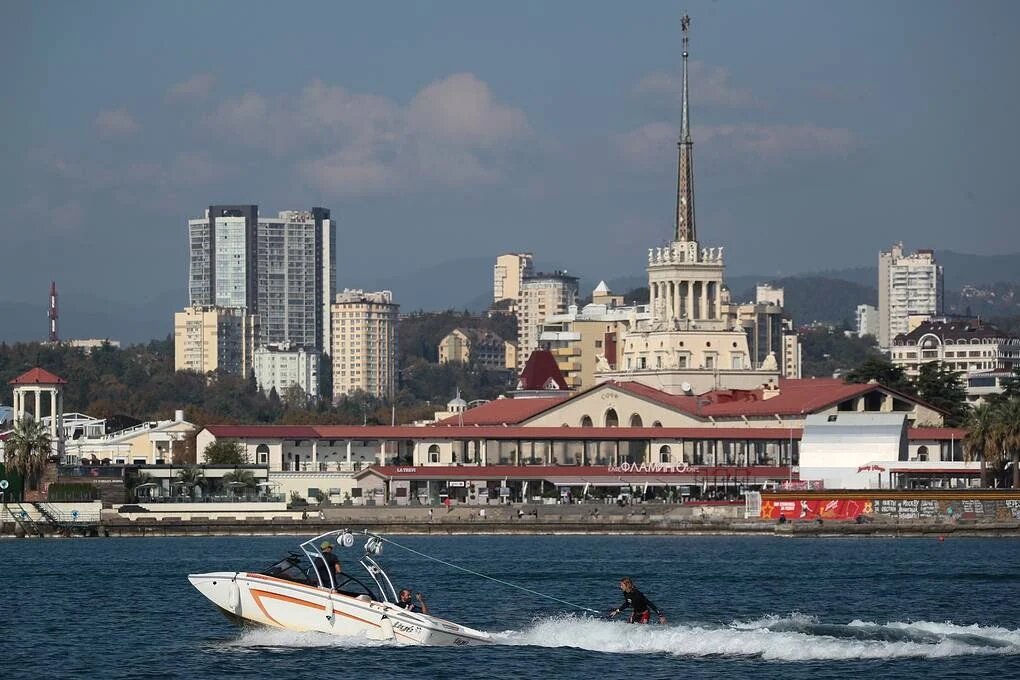 Over the years, five Nobel Prize laureates in Literature described the best Russian resort city in their works.

In November 1895, the famous Swedish inventor, chemist and engineer Alfred Nobel made his will. Almost all of his wealth, which by that time exceeded 30 million Swedish krona, he gave to the establishment of the prizes for the best achievements in chemistry, physics, biology, politics and literature. Since 1901, the Swedish Academy of Literature has been annually awarding the Nobel Prizes to writers and poets from different countries, whose works had the greatest influence on the minds and hearts of the contemporaries. Now, the list of Nobel laureates in literature includes over 110 famous writers.

Sochi is lucky. In different years, five Nobel Prize winners in literature wrote about it, and each of them depicted the Sochi image in their works. Beautiful lines have forever entered the treasury of the literary works about the town on the sea.

In 1933, the famous Russian writer Ivan Bunin became the Nobel Prize laureate. At that time, he was working on a cycle of his romantic stories, which later were combined in the collection “Dark Avenues”. One of the stories was called “Caucasus” telling about two persons who escaped for a couple of weeks from the noisy life of the capital to the Black Sea coast of the Caucasus, to a place just near Sochi, according to its description. “We found a primeval place, overgrown with forests of plane trees, flowering shrubs, mahogany, magnolias and pomegranate trees, among which there rose fan palms and the cypresses showed black. … Later we would leave for the seashore, always completely deserted, bathe and lie in the sun right up until lunch. … When the heat abated and we opened the window, the part of the sea that was visible from it between the cypresses standing on the slope below us had the colour of violets and lay so flat and peaceful that it seemed there would never be an end to this tranquillity, to this beauty.” (Translated by Hugh Aplin)

The French writer André Gide awarded the Nobel Prize in Literature at the end of the 1940s was quite different in his literary manner. Not long before this, the author of such famous novels as “Isabelle”, “Pastoral Symphony” (La Symphonie Pastorale) and “The Dungeons of the Vatican” (Les Caves du Vatican) became very interested in the economic and social transformations taking place in the Soviet Union. In 1936, André Gide went on a journey through the Soviet Union, visiting Moscow, Sukhumi, Sevastopol and Sochi. Many lines of the book “Return from the U.S.S.R.” (Retour de l'U.R.S.S) published soon after the visit were filled with genuine delight.

“There are many health resorts and recreation centres in Sochi that are picturesquely located around the town. The hotel in Sochi is one of the best. The beach is beautiful! And it’s great that all this was built for the workers ...“

In 1965, Mikhail Sholokhov, the famous Russian writer, author of the great novels “And Quiet Flows the Don” and “Virgin Soil Upturned”, was recognized as the Nobel Prize Laureate in Literature. He left a huge legacy to the descendants, which includes manuscripts of novels and stories, many publicistic speeches and letters. It happened so that in Mikhail Sholokhov’s literary works, the actions do not take place in Sochi. But in Sholokhov’s letters, the seaside town was mentioned quite often. The matter is that Mikhail Sholokhov was a deputy of the Supreme Soviet of the USSR for many years and represented his fellow-countrymen, the people living in the Don River area. In the mid-1960s, the villagers of the Rostov region decided to build a health resort in Sochi, and when the process stalled they sought the assistance of their deputy. The great writer gave his support and immediately started the correspondence with the Sochi authorities and the chiefs of the construction departments. And at once, there was a progress at the construction site, and new health resort’s buildings began to grow one after another. Of course, the health resort was named after Sholokhov - the “Quiet Don” Health Resort.

The outstanding Chilean poet Pablo Neruda was born in the small town of Temuco in the Cordilleras - in a dusty street with several wooden houses. The main attraction of the recent village was its unusual store signs. Since the local Indians could not read, huge wooden wheels, nails or boots were hung over the shops. In such a wild place, the man grew up who managed to find the most amazing words to create images of different countries.

“I will never forget the train that brought us to Marseille. Like a basket of fruits from abroad never seen before, it was packed to capacity with various people - peasant women and sailors - with accordions and songs sung in chorus by people in the car ... “

“Spain is dry and rocky, the sheer rays of the sun whip it, striking sparks from the valleys and building the castles in the air from clouds of dust. The only genuine rivers of Spain are its poets. Quevedo with his deep green waters and black foam. Calderon, whose syllables sing. The crystal brothers Arhensola and Gόngora are a river of rubies ...“

“China is a huge ancient pagoda from where people and myths, warriors, peasants and gods come out. There is nothing sudden - not even a smile. And there is no need to waste time looking for simple folk toys, where disproportions so often bring you closer to a miracle. Chinese dolls, ceramics, wood and stone carvings reproduce the samples created thousands of years ago. On everything, there is a stamp of a hundredfold repeated perfection ...“

He is an amazing person who really deserved the Nobel Prize in Literature. In 1962, Pablo Neruda travelled around the Soviet Union, visited Moscow and came to Sochi. And on the first day, the view from the hotel room surprised him. In the midst of summer, Sochi sometimes has amazingly sunny days. Bright rays are on every pebble on the beach. Bright sunflecks start dancing on the waves, gradually filling the entire sea surface. There is so much light that it is impossible to look at all this splendor for a long time - it hurts your eyes. Stunning landscape. Neruda took a pencil. A few minutes later, the lines of the poem “The Light of Sochi” were created:

“Today there is so much light in the bowl of Sochi, -

It splashes over the edge, blinds the eyes:

the sea cannot save its rays

under the motionless dial of the sky,

flutters tirelessly over the sand

over the pristine water and stone

where salt and sun touch each other

Joseph Brodsky, a remarkable poet from St. Petersburg (called Leningrad in the 20th century) decided to spend New Year’s holidays in 1967 on a cruise along the Black Sea. Sochi turned out to be one of the ports of call. Joseph Brodsky very quickly created poetic lines that were remembered later for many years:

“On the second of January at the dead of night

My ship was moored in Sochi,

I was thirsty. I went at random

Along the alleys that led away

From the port to the centre, and in the midst of night

I came across the restaurant “Cascade”.

At the Cascade restaurant in Sochi, Joseph Brodsky met his school friend Albert Frolov who played in the band, and the poet dedicated his Sochi lines to this meeting. No one could have imagined at that time that 20 years later, in 1987, Joseph Brodsky would be awarded the Nobel Prize in Literature. But this is exactly what happened in his life ...

In a word, in various years, five Nobel laureates in literature created the lines of their poems, stories to Sochi. Honestly, there are few towns in the world that were able to win the attention of wonderful writers. Ivan Bunin, André Gide, Mikhail Sholokhov, Pablo Neruda and Joseph Brodsky. The highest class of their literary creations at different times has been confirmed by the world’s most prestigious Nobel Prize in Literature. And all of them were fascinated by the town of Sochi ...