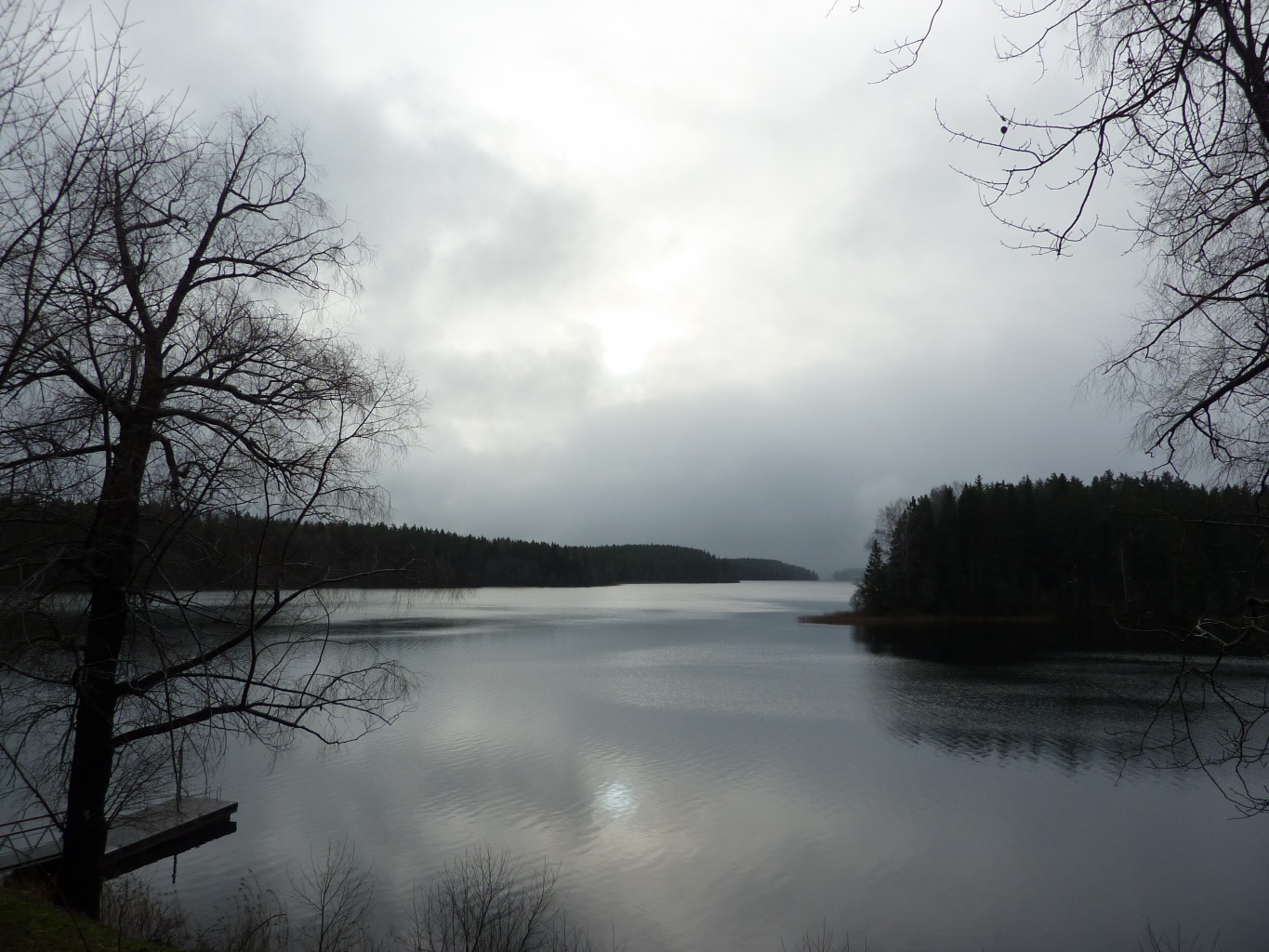 People usually go to Valdai in summer when they can swim, sunbathe, go boating or fishing. And Valdai is so stunning in winter! Frosty air and crisp sharply white snow, tall pines and vast expanse of ice-bound lakes! 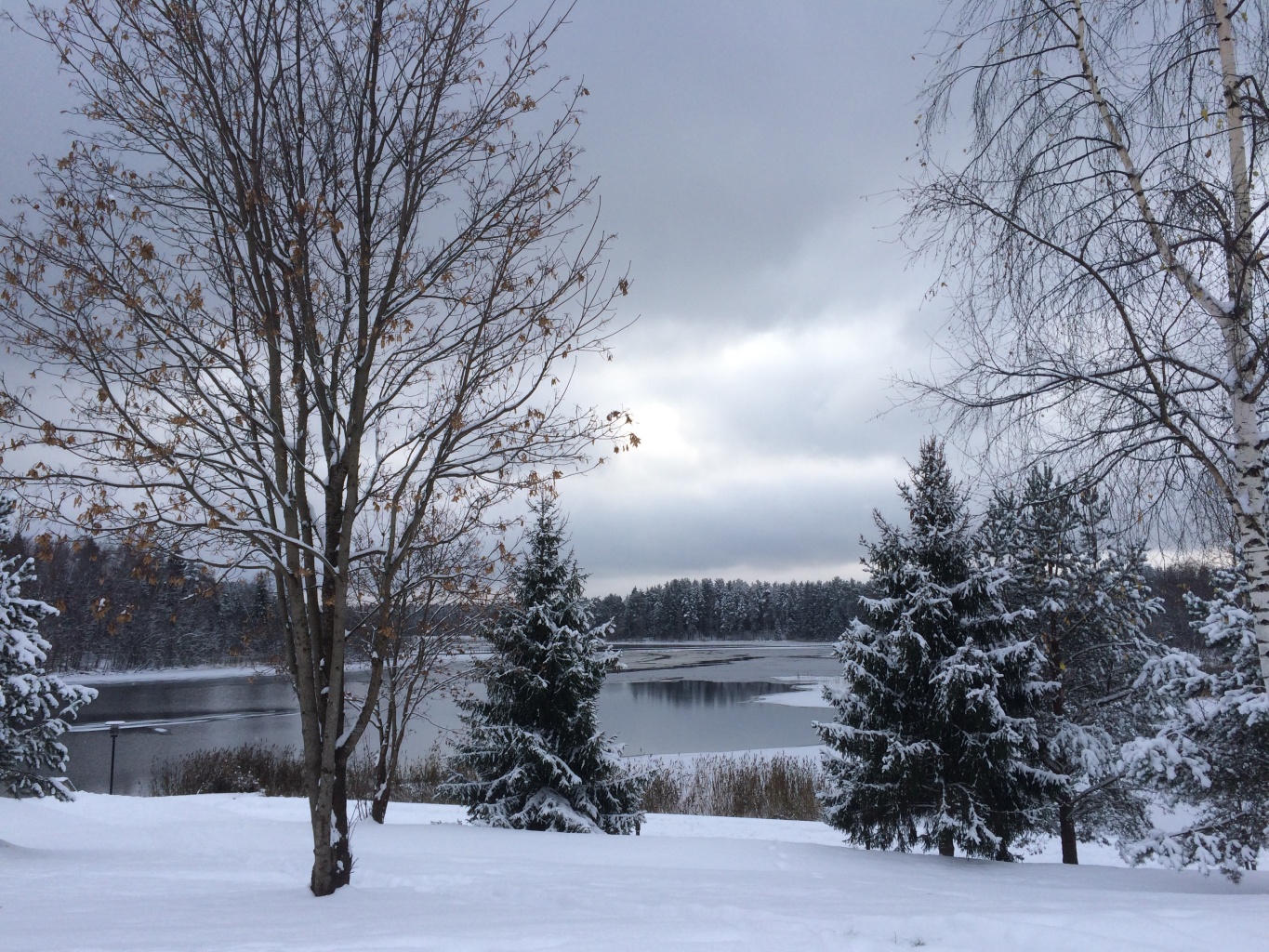 I was lucky to see snow-covered Valdai and admire its magnificent snow-white great spaces at the very beginning of winter when it was raining in Moscow. So, the whole trip looked like a magical mystery tour about a wintry wonderland.

Valdai is the name of both the city and the lake, and the entire huge lake area, a significant part of which is the National Park with many protected species of flora and fauna. However, the Valdai’s purest water is its most precious wealth. There are very many springs in the National Park, over 20 rivers and 70 lakes, this is the place where the Volga, Dnieper, Western Dvina (Daugava) rivers take off from. The boulders remaining on the picturesque hillsides are the witnesses of the huge Scandinavian glacier, which stopped in these places causing the formation of the modern terrain features with numerous beautiful hills and uplands. 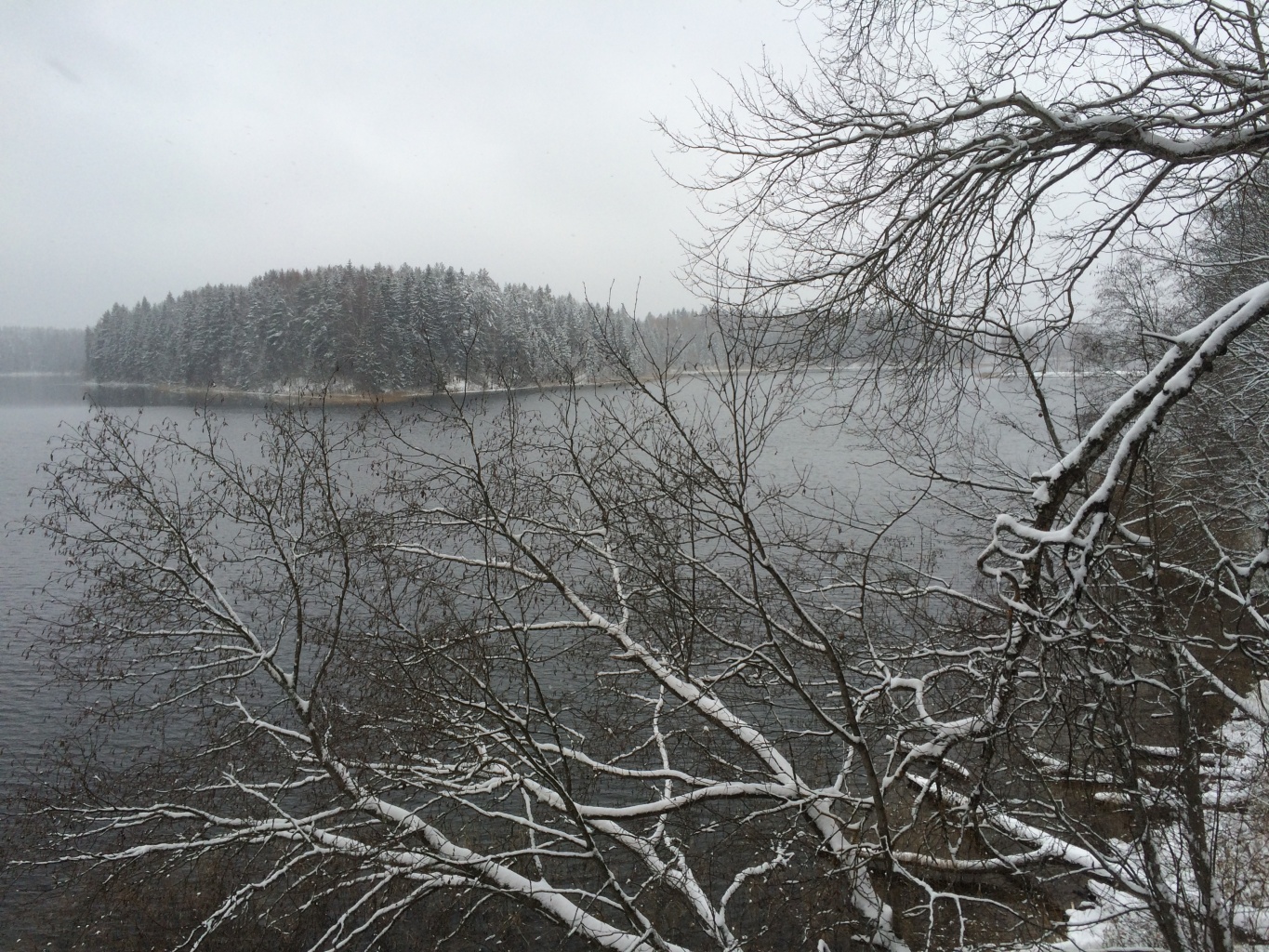 Valdai is located about halfway between St. Petersburg and Moscow, a little closer to the northern capital. The train to Veliky Novgorod stops at the Valdai station, and when going by the high-speed Sapsan train the travellers can get off at the Bologoye railway station or go to the Uglovka or Okulovka railway stations, and continue their trip by car through the endless wild spruce forest.

Here, the travellers can admire the marvelous northern nature - more restrained, crystal clear and mesmerizing. It’s hard to resist the temptation to close your eyes and imagine yourself driving in a sleigh pulled by fast horses, to the noise of the crisp snow and the melodic sound of bells.

The symbol of Valdai

By the way, a bell is one of the main symbols of Valdai. There is a museum of bells located in the nicely decorated rotunda that was a church of Catherine II when she travelled. 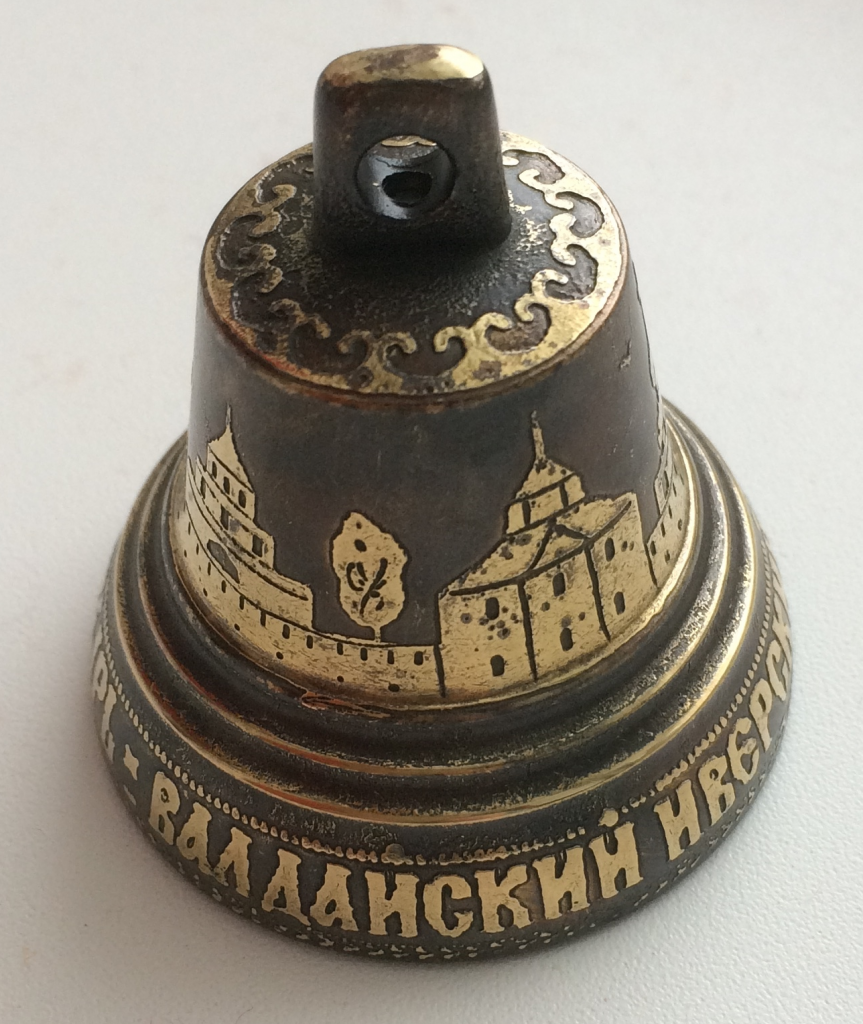 They say that it all began with the large Novgorod Veche (popular assembly) Bell that broke here at the end of the 15th century, and its fragments were used to make the first Valdai bells. One way or another, Valdai located in the middle of the main highway from Moscow to St. Petersburg became famous for its coachmen’s bells. Today, a Valdai bell is a nice souvenir with a pure and melodic sound.

Another story about the bells says that smith Alexander Grigoriev began his bell-making business in Valdai in the 17th century when he cast the Nikon Bell in the Valdai Iversky Monastery, and the locals used the remaining bronze to make small bells. 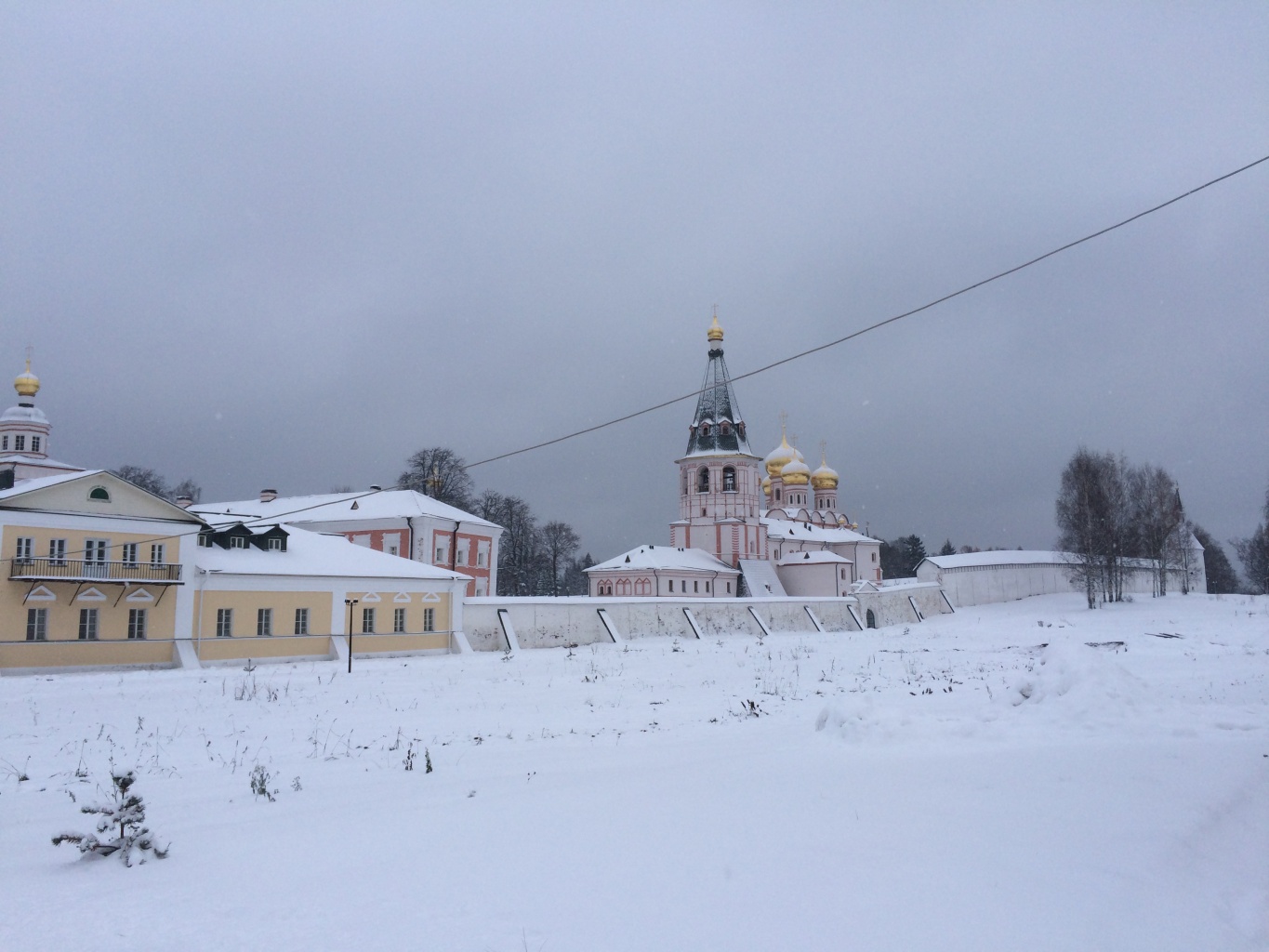 The Valdaisky Iversky Bogoroditsky Svyatoozersky (Valdai Iviron Virgin St. Lake) Monastery is another, most important symbol of Valdai. It blends seamlessly into the landscape and fills this vast space with a special spiritual value. 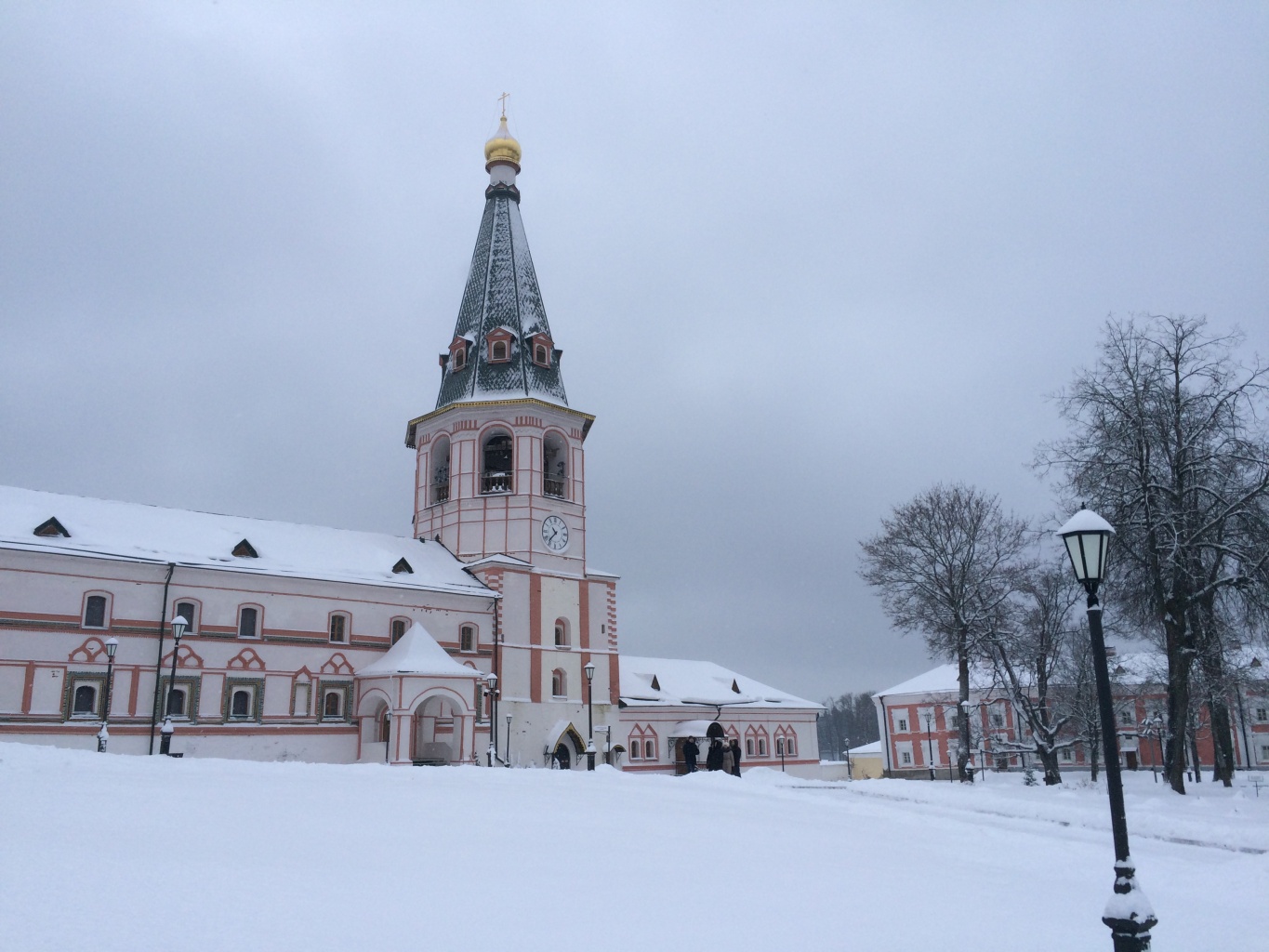 The Monastery is located in a remote place, on the Selvitsky Island surrounded by lakes and a defensive wall with white towers. Their weathercocks are crowned with small figures of angels guarding the Monastery. Now, there is a bridge to the Island, and people can visit the Monastery as pilgrims or tourists. It is also a pleasure to take a walk outside the fortress walls, by the Valdai Lake and admire the endless white spaces in winter time. 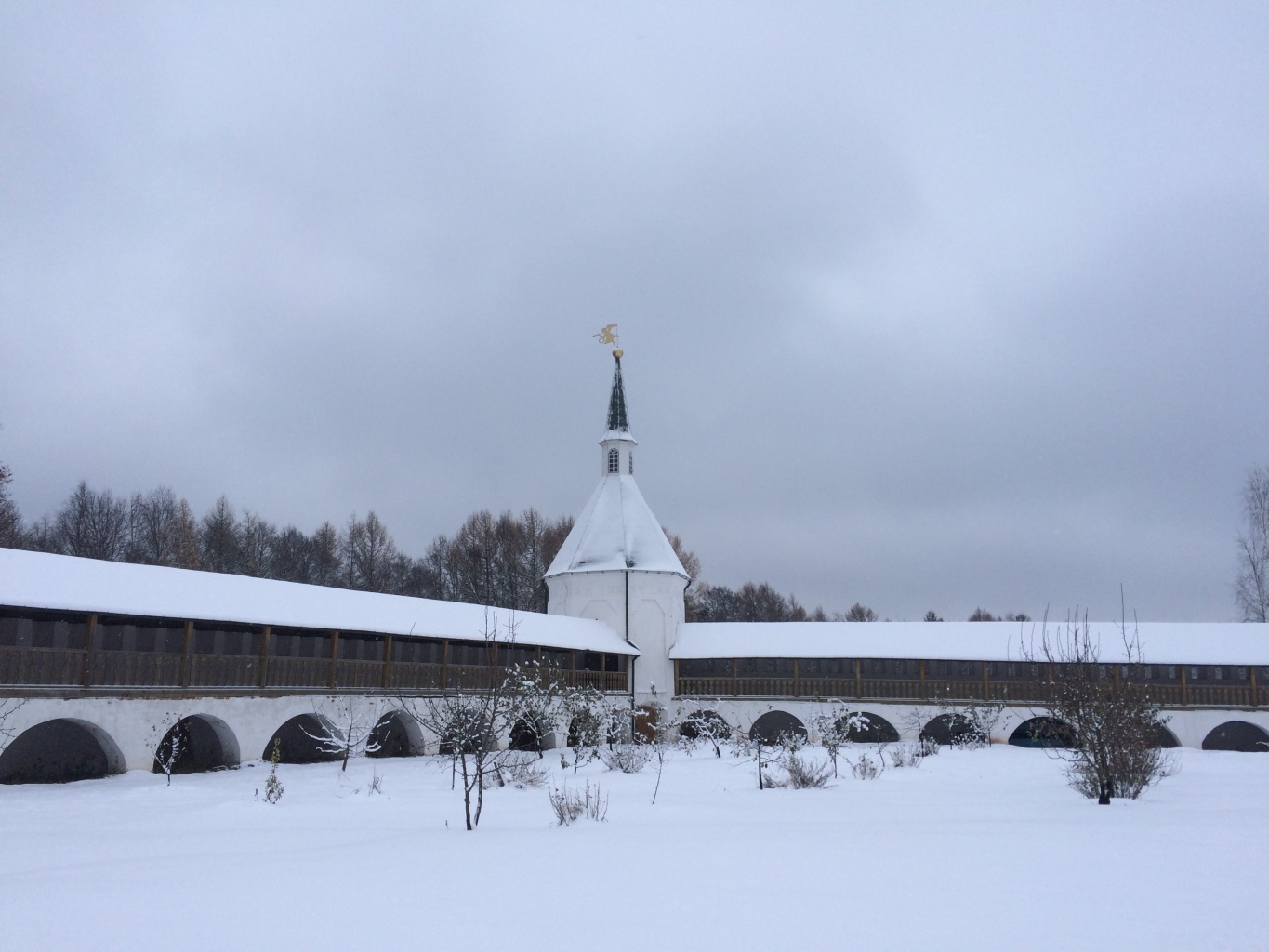 Out-of-town cottage of the ‘leader of the peoples’

Next to the Uzhin Lake, there is another interesting place - the out-of-town cottage (dacha) of Joseph Stalin, the ‘leader of the peoples’. However, if you expect to see a palace, you will be very disappointed. A one-storeyed brick light green building in a classical style with white columns does not give away its ‘responsible’ purpose. However, according to the locals, there is a large and well-equipped secret underground air raid shelter under the cottage to be used in wartime. 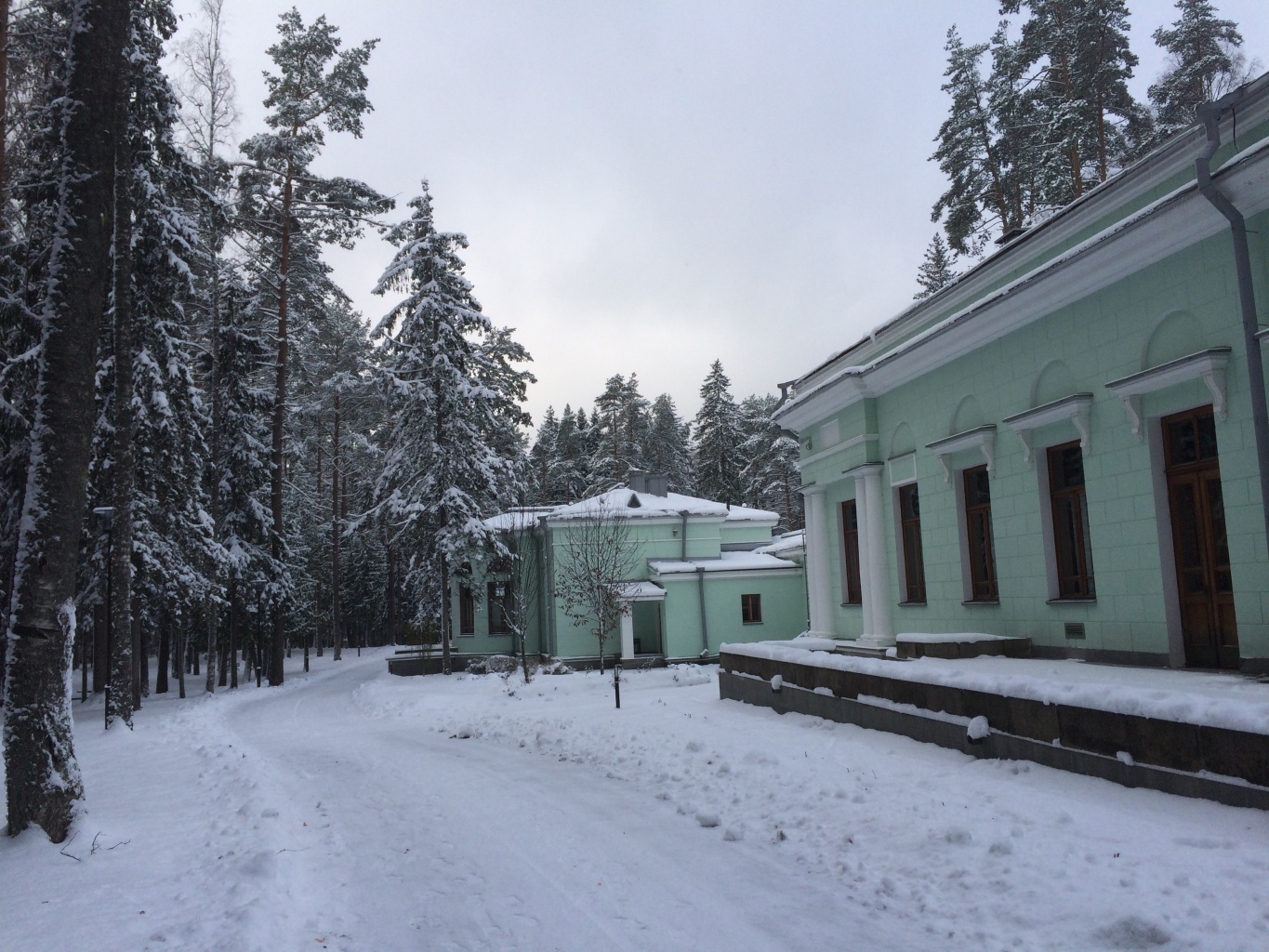 They say that the Generalissimo himself was here only once. When the ‘leader of the peoples’ arrived at this ‘dacha’, they say, he said just one word - “Mousetrap” - and did not even stay here overnight. And indeed, only one road ran through the forest to the cottage, and it was surrounded by water on the other sides. Today, the ‘Stalin’s dacha’ is located on the premises of the holiday hotel. This luxury apartment can be booked by any person. They say, however, not everyone would like to wake up in a bedroom that looks more like a small conference room.

The choice of this place for the ‘Stalin’s dacha’ was not occasional. Not only healing air and clean water were important, but also the location itself - on the high Mermaid Mountain. The Generalissimo showed the dacha to his colleague Andrey Aleksandrovich Zhdanov, the second person after Stalin in the Party, and the Party’s main ideologist. 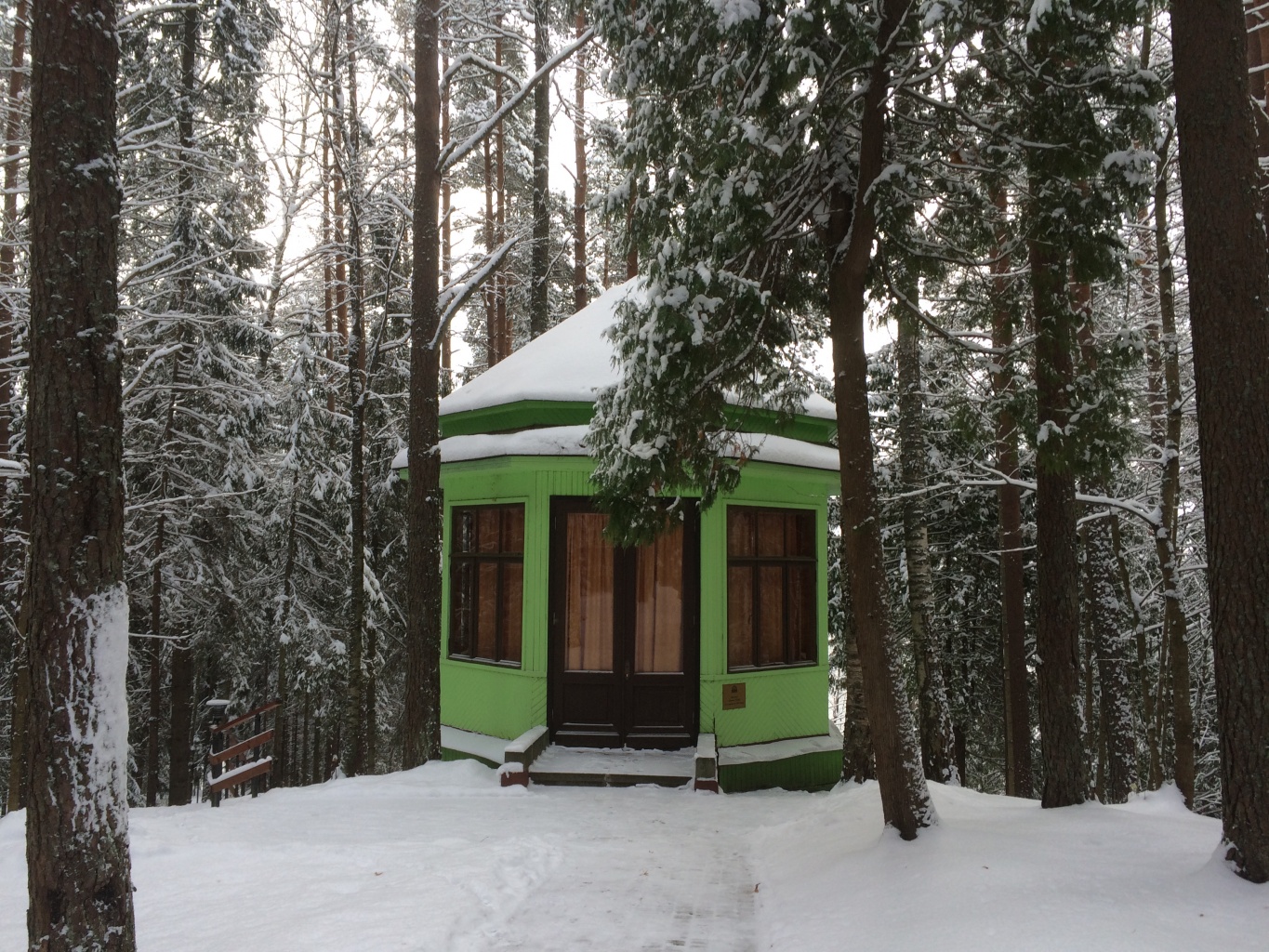 Unlike Stalin, Zhdanov liked the cottage. He spent his holidays at this dacha and, they say, he died here. A little further away from the cottage, closer to the Lake, there is an arbour at the very edge of the cliff where he had tea and read newspapers. It is always closed. And it is called the ‘Zhdanov’s arbour’. In front of it, there is a bench in a quiet place where the visitors can enjoy the amazing view. 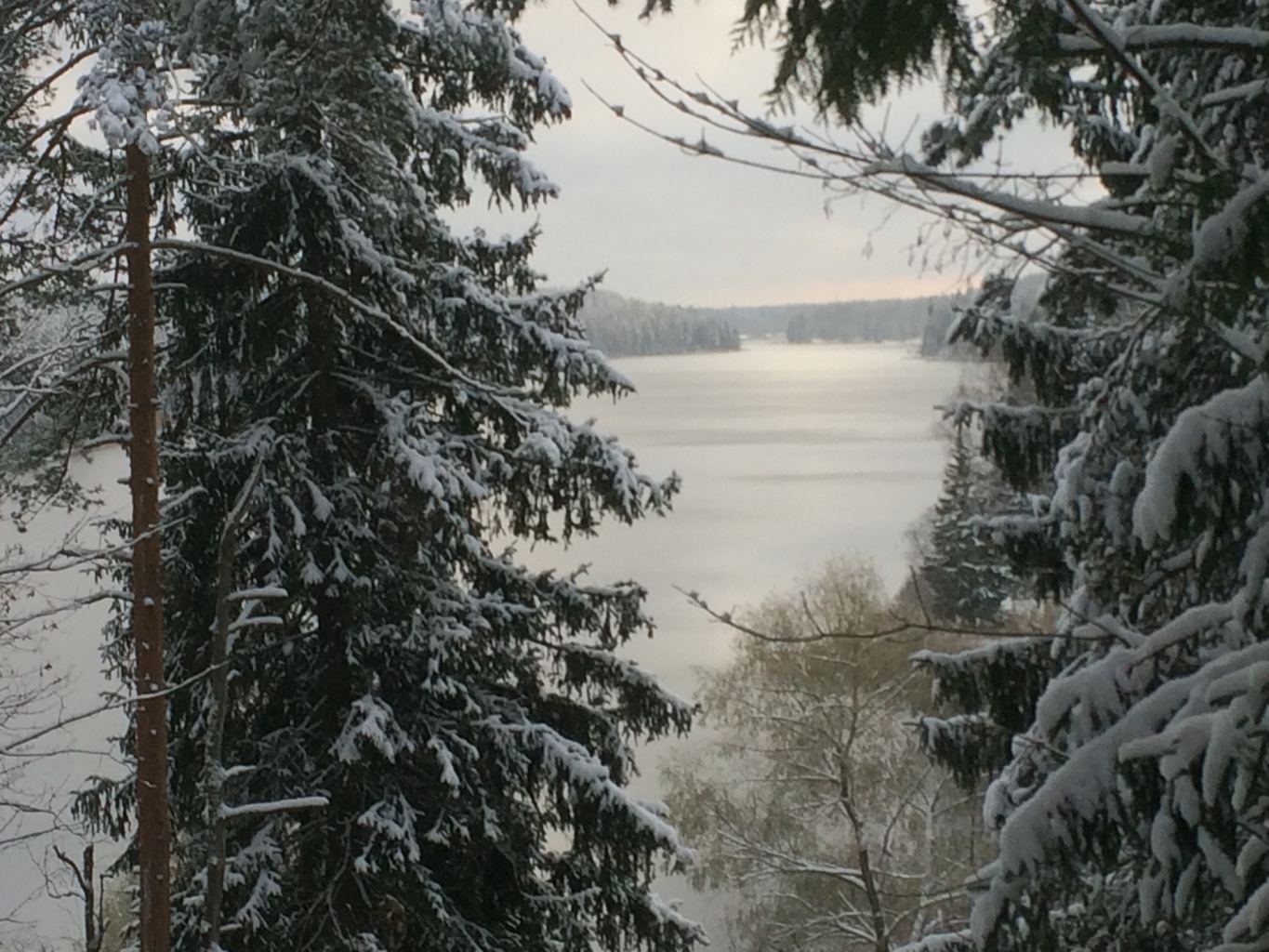 Along the path of the Valdai bells

The history of Valdai moves in a mysterious way. The Iviron Monastery during the time of Peter the Great belonged to the St. Petersburg’s Alexander Nevski Monastery, and its large monastery bell was sent to the northern capital. After the 1917 revolution, the Monastery turned into a ‘working commune’, but later on, it was disbanded and the life committed to Christ died out within these walls for a long time. In the 1930’s, the Iberian Icon of the Mother of God was taken out of the Monastery and, unfortunately, was lost. Now, a copy of this icon miraculously spared is kept in the renovated Assumption Cathedral that was returned to life and newly decorated with frescoes.

The Cathedral of St. Sophia (the Holy Wisdom of God) in Veliky Novgorod, the oldest church in Russia, has a similar story about losing a sacred thing. However, the ancient cross crowning its dome with a dove (a symbol of the Holy Spirit) sitting on it was lost during the war, but nevertheless, it was returned to the Cathedral at the beginning of this century. It turned out, the cross was taken to Madrid by the Spanish soldiers who were in the war in these places, and it was kept in Spain for a long time at one of the war museums. According to one version, the Spanish removed the Christian cross from the ruined dome to save it from the Soviet communists, but according to another one, they took it as a valuable souvenir. 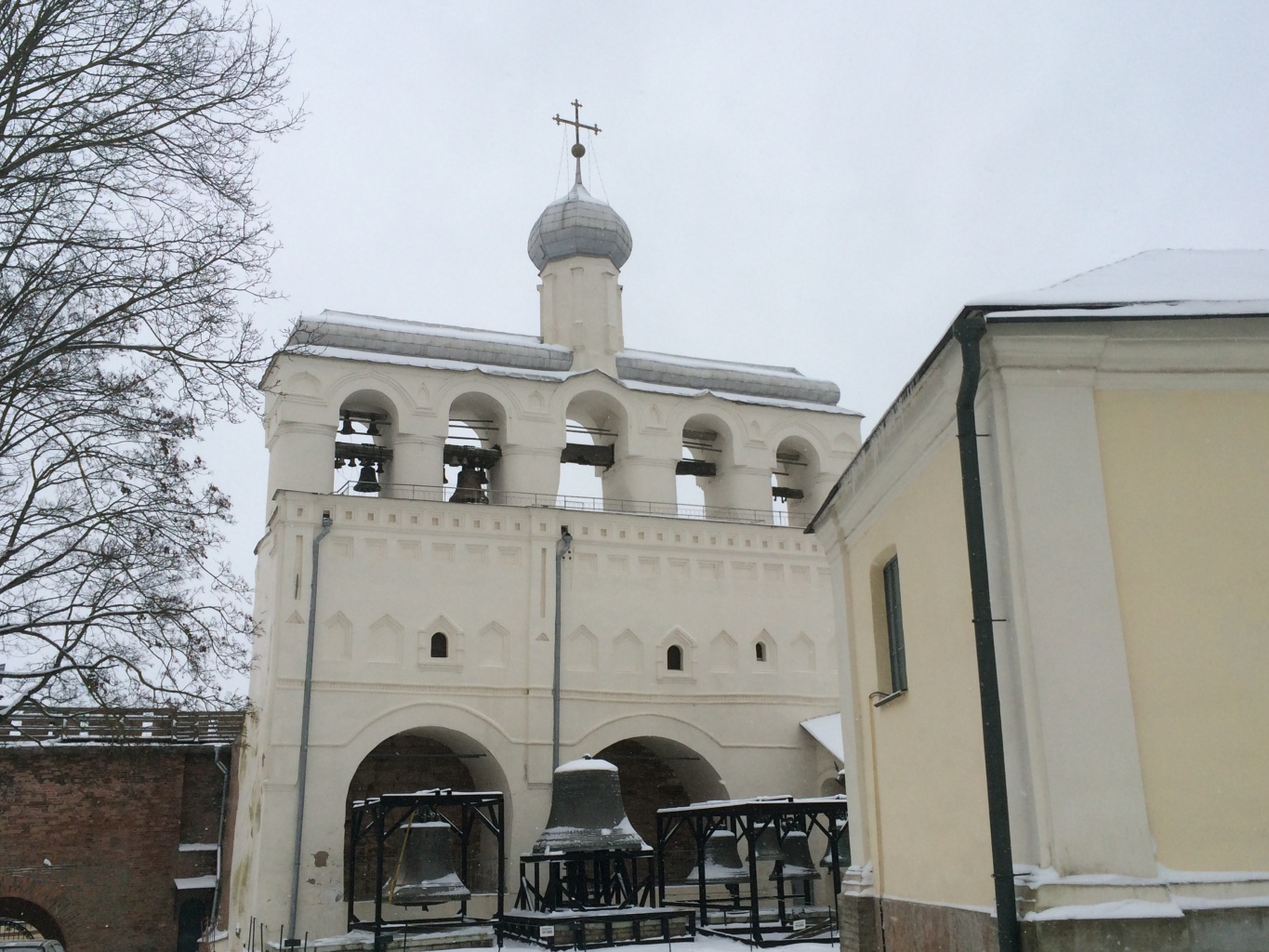 The distance from Valday to Veliky Novgorod is about 150 kilometres, so it is easy to visit these places during any trip. Moreover, the history of the Novgorod land is unique, and its architectural attractions always make an impression on the visitors. The ancient Yaroslavovo Dvorishche (Yaroslav’s Court) and the ensemble of the Novgorod Kremlin - called the Novgorodsky Detinets (Novgorod Stronghold) by the local people - are the UNESCO World Heritage Sites, and the Cathedral of St. Sophia is its pearl. 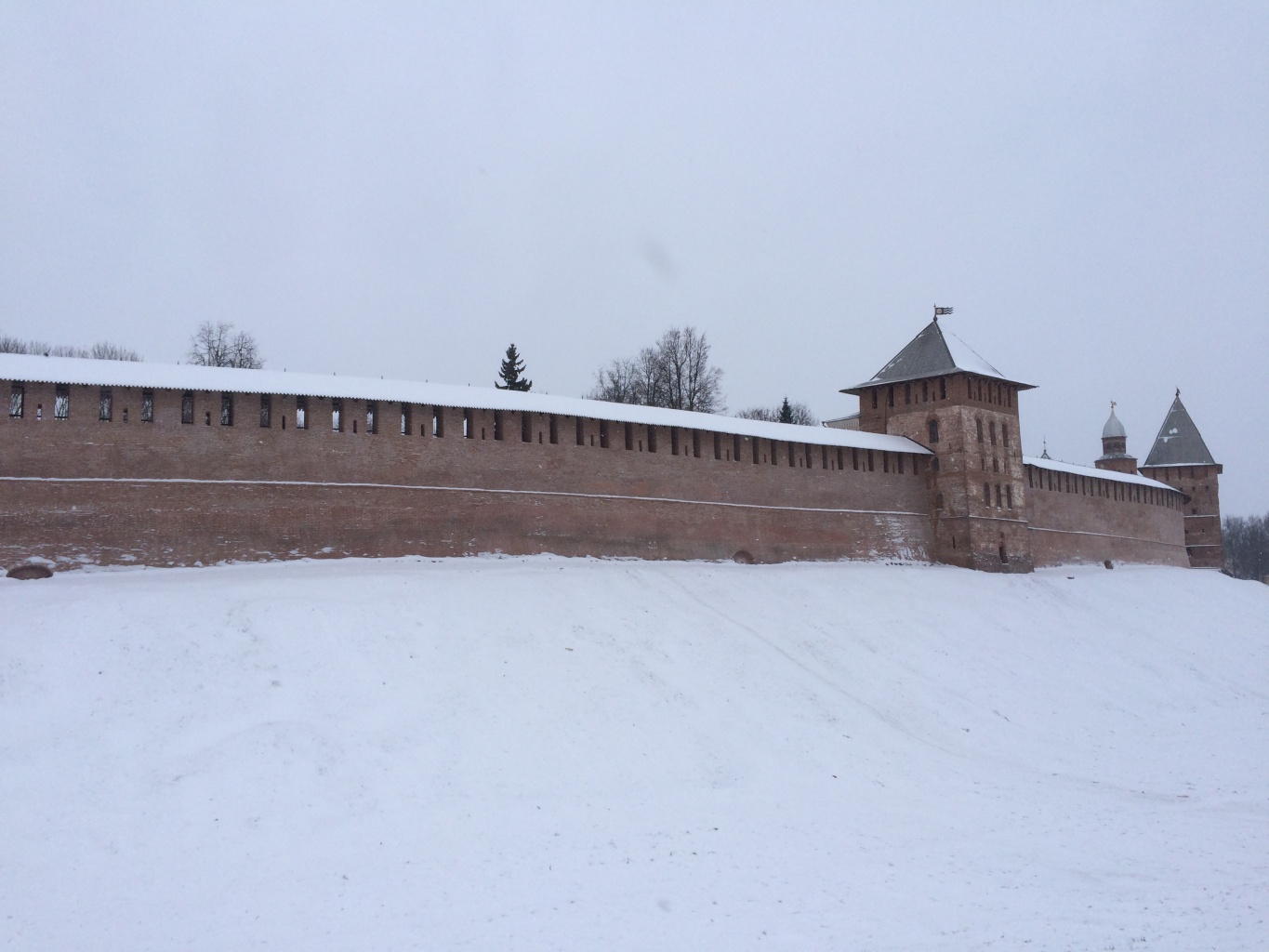 It also has its own ‘Tsar Bell’, the Monument to the Millennium of Russia, which resembles the famous huge Tsar Bell. And the ‘bell theme’ begun in Valdai is completed with the Cathedral of St. Sophia’s bell chamber with its rich collection of unique bells inside and around it; these bells are old, heavy and loud. 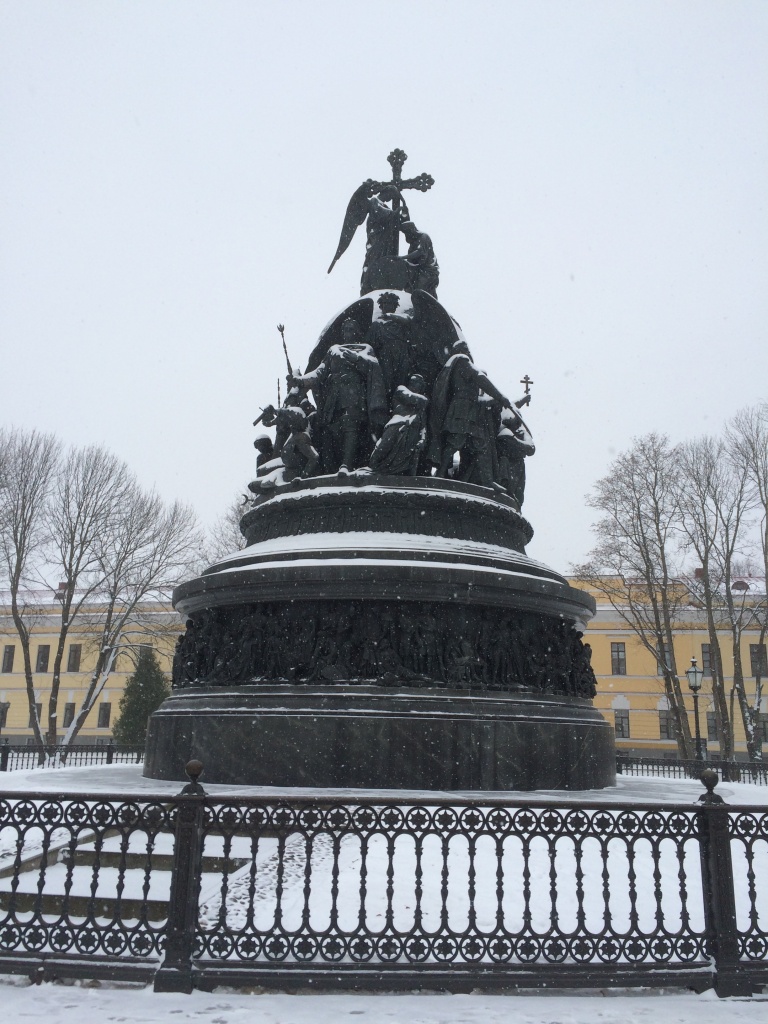 Many excursion and tourist routes start in Veliky Novgorod, as well as many hiking tours and car trips, river rafting. However, this is a topic of the next conversation.