Microcosm of the Balkans: The ecology of the cultural heritage
News
Exclusive
Expert Reports
Blogs

Microcosm of the Balkans: The ecology of the cultural heritage 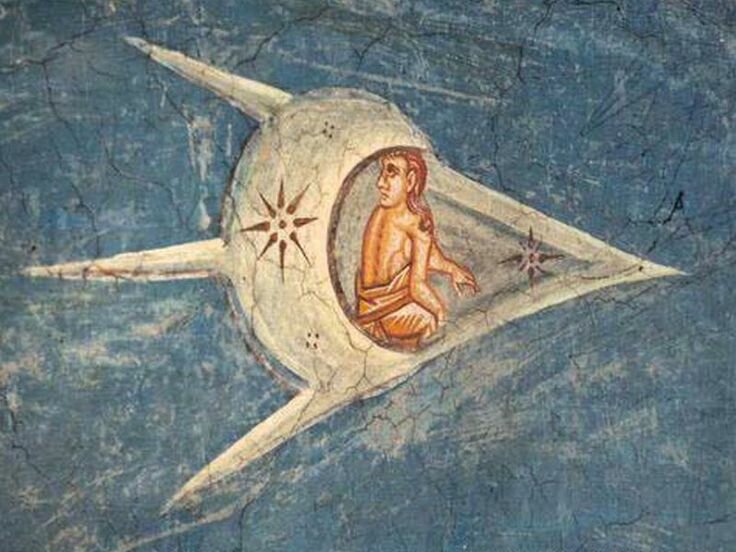 Lyubov Ivanova
Correspondent in the Balkans
04-13-2021

60 years ago, in April 1961, the Vostok-1 spacecraft flew around the Earth with a man on board. From that day on, the name of Yuri Gagarin is known all over the world. But there is another very famous name, to whom some researchers attribute the earlier use of a spacecraft. And the name of this earliest space explorer is Jesus Christ.

In any case, some ufologists are sure of this having carefully studied the wall paintings of the Balkan churches.

One of them is in southwestern Bulgaria. The village of Dobarsko is located here, its history dates back to time immemorial. 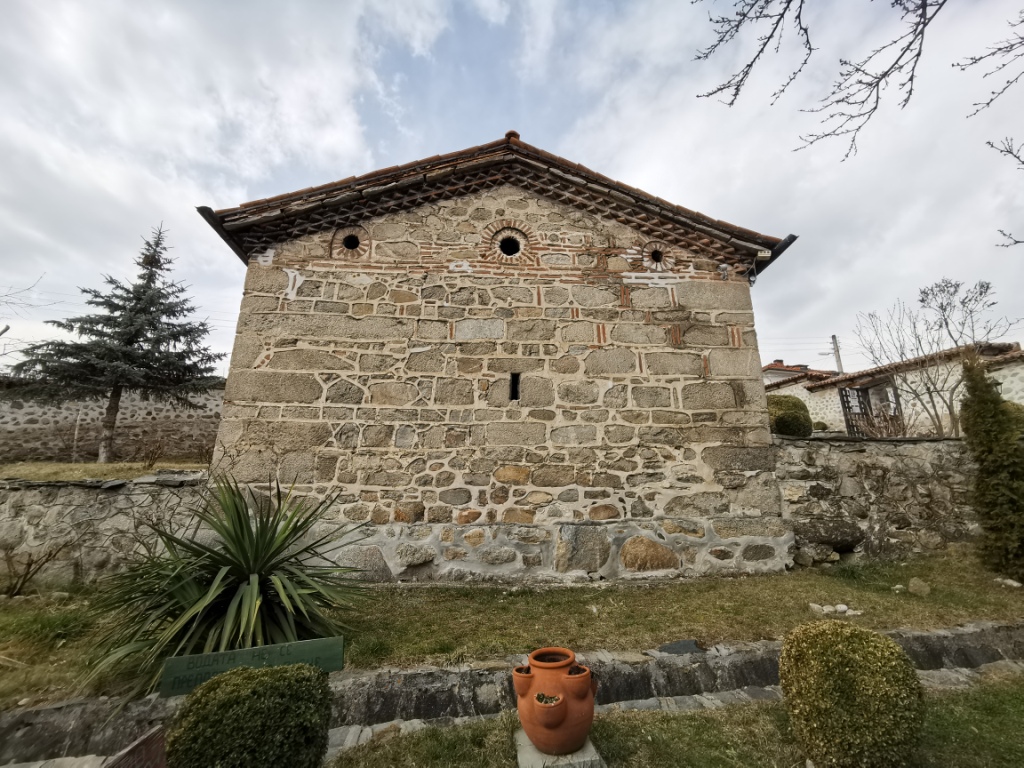 The artifacts from the 7th-6th centuries B.C. discovered here testify that more than two thousand years ago, this area was inhabited by the Thracians. A marble slab with the image of the Thracian deity Heros found in the village confirms that in the ancient times, this place was of religious importance. Interestingly, that the ancient artifact was found not by archaeologists, but by the local history enthusiasts who decided to check one of the local legends. What a strong connection between the generations should exist to be able to carry the information through the millennia about the civilization that left no written proofs!

The Dobarsko legends also tell that a thousand years ago, in the 11th century, wounded soldiers of the defeated army led by the Bulgarian Tsar Samuel found consolation here. Most of them were blinded by the triumphant Byzantines. However, according to legend, the soldiers discovered a healing mineral spring in Dobarsko that restored their sight. In gratitude for their miraculous healing, a church was built where an amazing church dedicated to soldiers is located today.

This is the Warrior Saints Theodore Tyron and Theodore Stratelates Church. It is famous not only for the healing properties of the mineral spring coming out under its eastern wall. The wall paintings of the 17th century preserved in their original form thanks to the original air conditioning system made the church famous. In 1614, the ancient builders designed perfect air ducts laid inside the church walls so correctly that for several centuries, the temperature and humidity in the church remained constant without any heating. This fact and also a thick layer of wax on the walls of the church due to the use of numerous candles, preserved the images of the Christian saints. When in the 1970s, the restorers removed a thick layer of candle soot, 460 ancient faces shone on the walls as if painted yesterday. And Jesus Christ was among them as if in the rocket ascending to heaven in the scene “Transfiguration”. 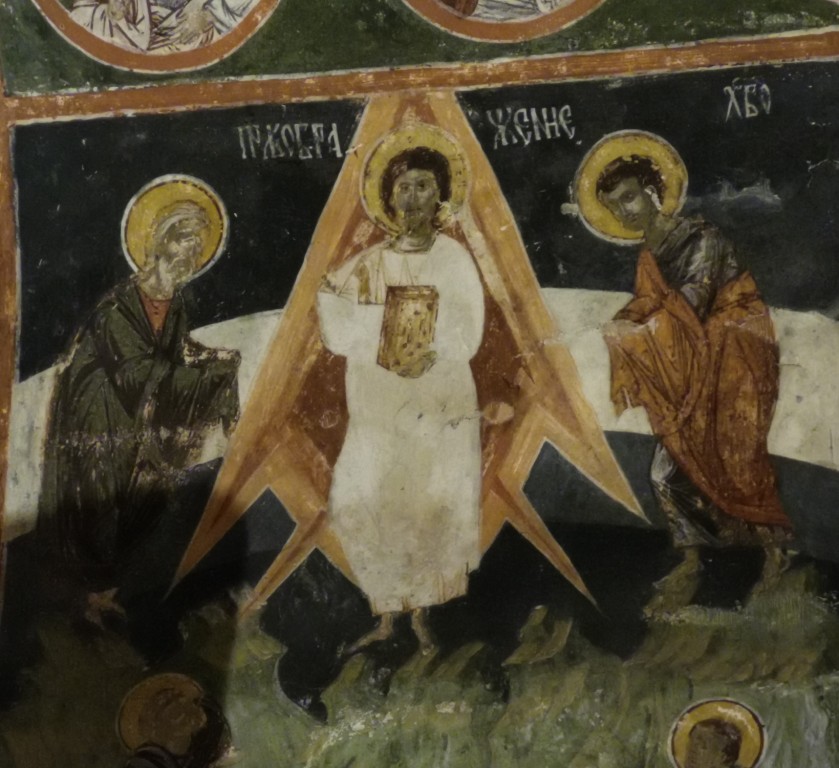 He is also depicted in the wall painting “Descent into Hell” in a kind of elongated capsule looking like a space landing module. 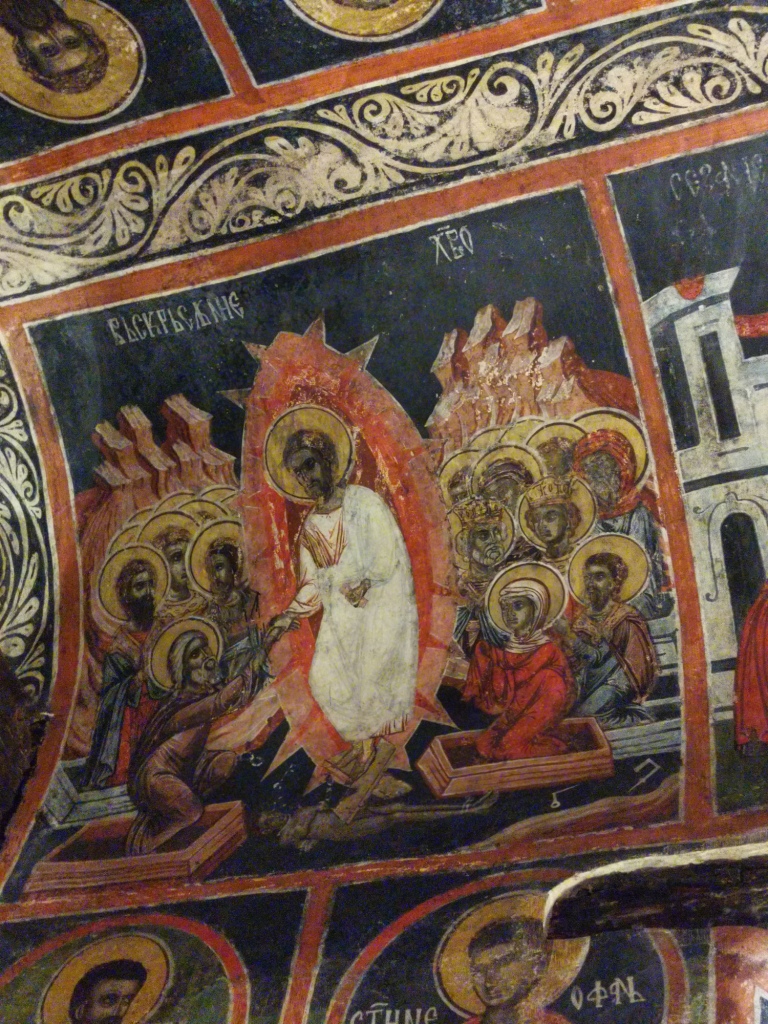 Of course, such associations could only have the people in the era of space flights. What inspired the ancient painters is a mystery still arising hot discussions. Different versions are put forward, from the theory of paleocontacts described by Tsiolkovsky to the hypothesis of medieval symbolism, on which religious apologists insist. 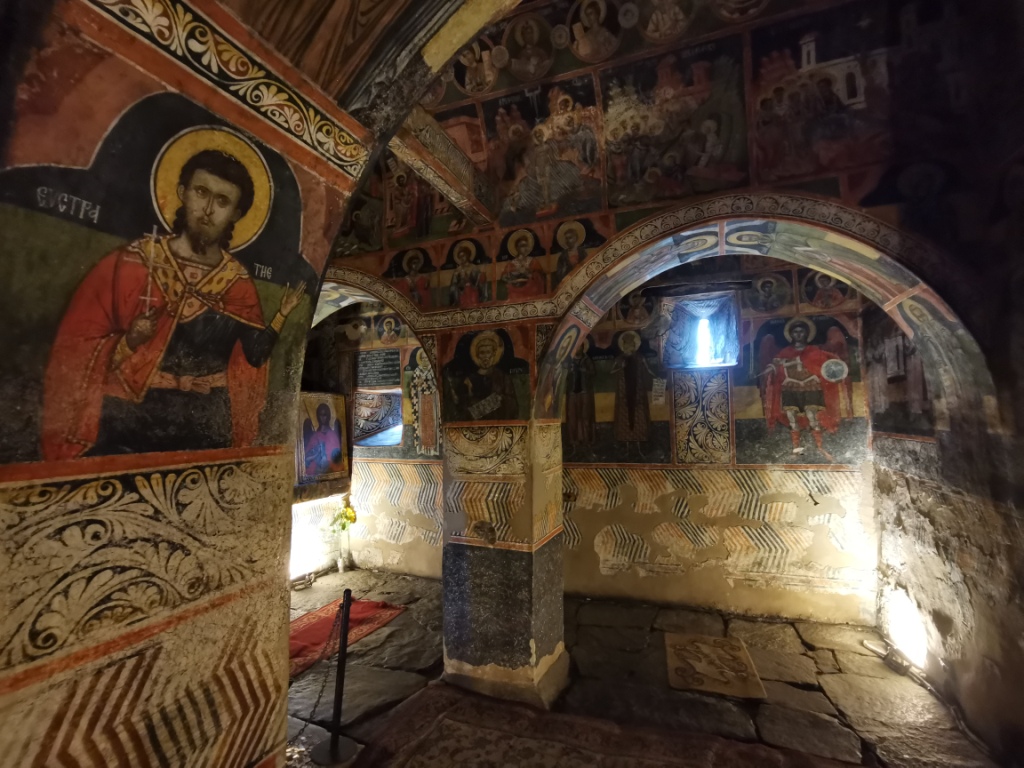 The “space” images are also found in other Balkan churches. For example, even older similar wall paintings were found on the walls of the Ascension of the Lord Cathedral in the Serbian Visoki Dečani Monastery. 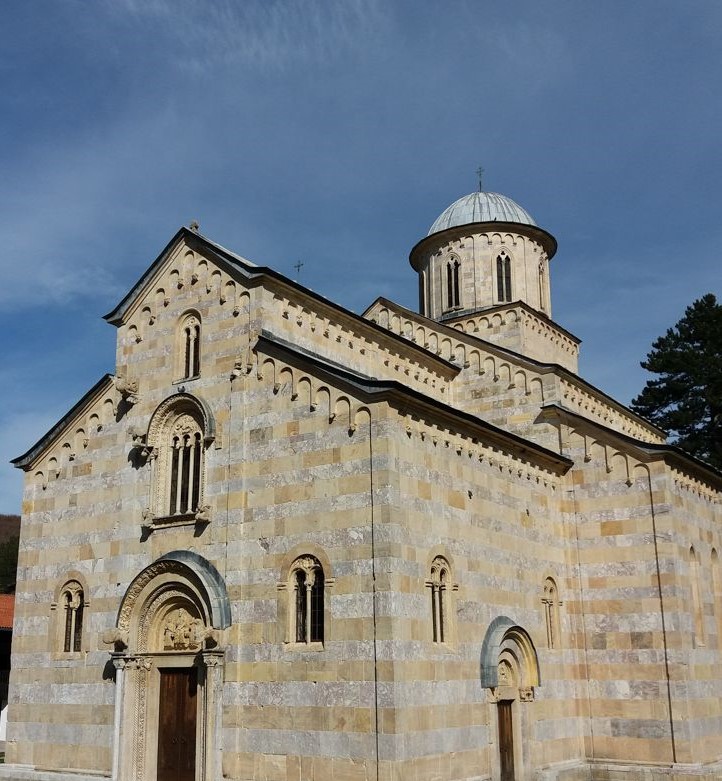 Here, you can also see Jesus who is in what looks like a rocket. 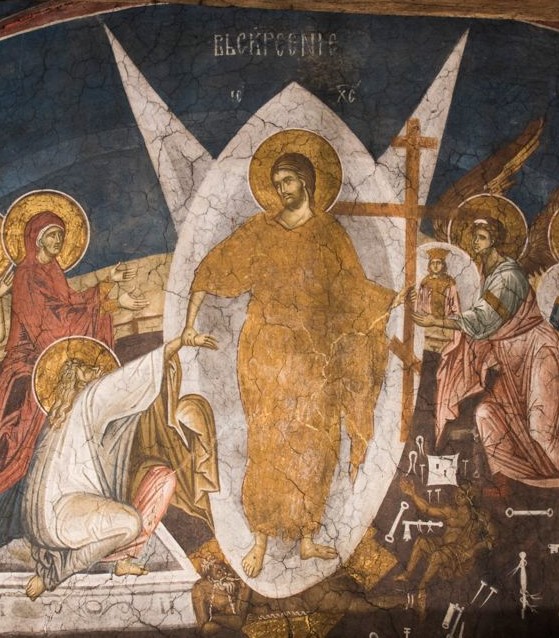 However, some capsules in the wall paintings piloted by people looking not like saints resembled spacecraft. These “cosmonauts” have no nimbuses around their heads, and their hands seem to lie on the control panels. At first, people get suspicious of some kind of falsification. However, all studies confirmed that the time of creating the wall paintings was the first half of the 14th century!

Here, on an area of almost 4,000 sq. metres, ancient painters created about a thousand images. It is the largest medieval church in the Balkans with the world’s largest collection of the wall paintings from the Byzantine times. That was the reason that in July 2004, UNESCO awarded it the status of a World Heritage Site.

The abovementioned Warrior Saints Theodore Tyron and Theodore Stratelates Church was also awarded the same status. In Bulgaria, this UNESCO site is protected and it is included in the list of 100 main attractions of the country; it is located in the protected area of the National Park where eco-paths leading to the Rila and Pirin mountains are laid, and there are hotels and small restaurants - taverns - in the village where tourists are always welcome.

Unfortunately, the fate of the Serbian monastery is not so good. Founded in 1327, it was attacked and plundered many times. Various enemies profited from what was created by the monks, including the Ottomans who occupied Serbia after the victory in the Kosovo field; Austro-Hungarian troops during the First World War; fascist nationalists of the Second World War; the Albanians of the unrecognized Republic of Kosovo displacing the Serbs from their ancestral lands after the collapse of Yugoslavia. Until now, the monastery, like all Serbian sacred places in the Kosovo enclave, is being oppressed. Last year, more than 80 attacks on the Serbs and their religious sacred objects took place here. And in just 10 days in March 2021, 5 Orthodox churches were desecrated and plundered in Kosovo. Only the protection provided to the Visoki Dečani Monastery by the international KFOR forces since June 1999, saves it from direct attacks. But many problems persist.

Not so long ago, it was decided to expand the road network, and the Kosovo leadership did not find a better place to build a major highway than in the area right outside the walls of the Christian monastery. All the international norms and regulations are violated and the work is in full swing destroying the ecosystem of the monastery forests and arable land and putting the unique medieval wall paintings at risk of destruction. The monastery leadership and the local diocese issued a special communiqué condemning the illegal actions of the local administration damaging the most important UNESCO site in the Balkans. https://www.decani.org/en/news/renewed-illegal-construction-within-protective-zone

The protesting priests appeal to all international representatives in Kosovo and abroad to immediately stop the construction work and repair the damage.

But so far, the result is not encouraging and on April 8, 2021, the Europa Nostra, the European Network for the Preservation of Cultural Heritage, included the Serbian Visoki Dečani Monastery in the list of 7 attractions of Europe that are on the verge of destruction. This is reported on the official website of the organization: https://www.europanostra.org/europa-nostra-and-eib-institute-announce-europes-7-most-endangered-heri...