Let the wind drive the hot-air balloon across the sky

From the time of the Montgolfier brothers, hot-air ballooning was considered the lot of the elite because at the beginning of the age of aeronauts, only the nobility had the right to enjoy hot-air ballooning. EcoTourism Expert found out who can balloon-travel today, as well as joined the traditions of aeronautics and calculated how much could such a hobby cost.

“Be sure to take a cap or any other hair cover with you,” was written in the letter that came before the hot-air balloon ride. 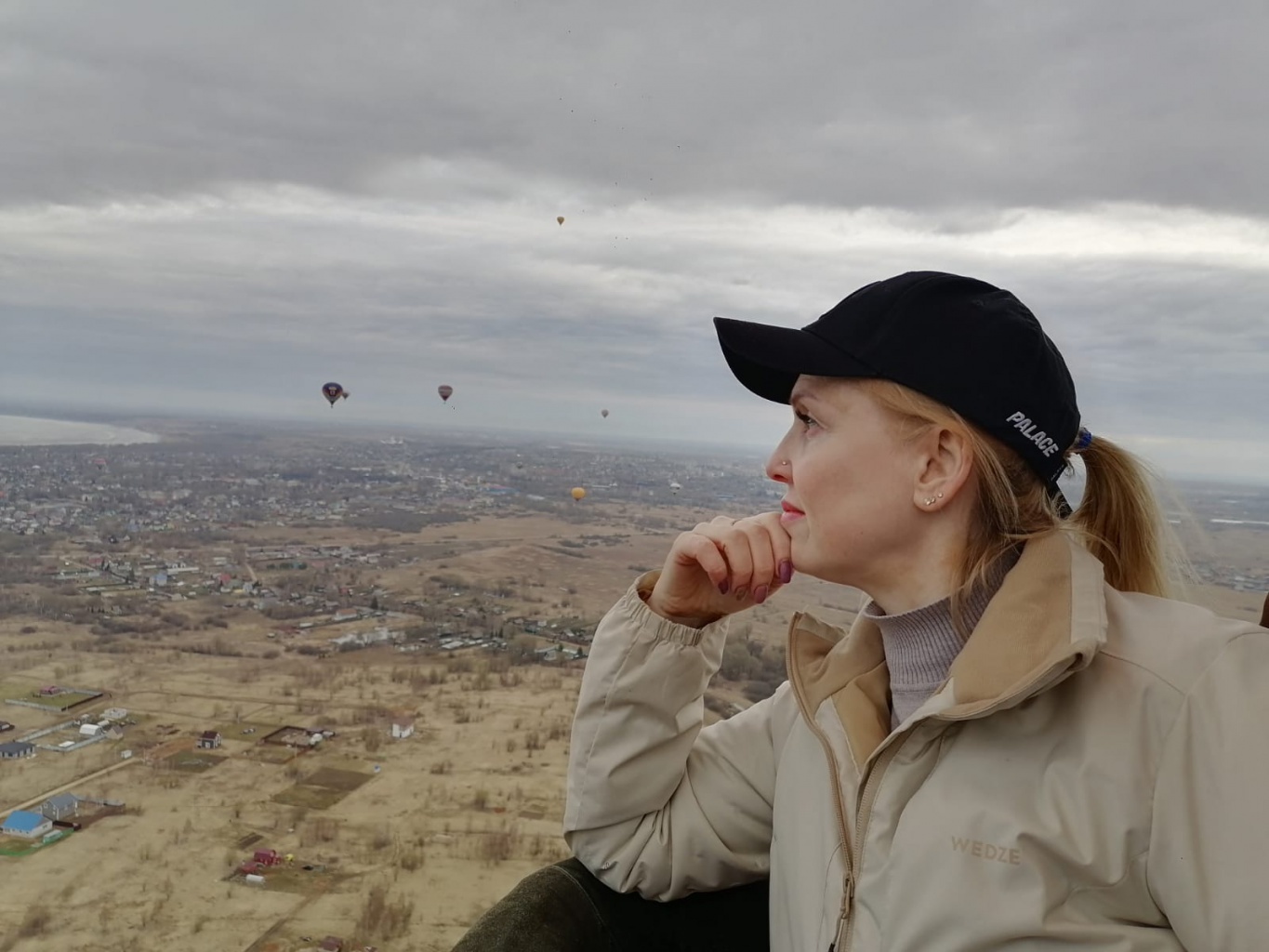 “Your ears will definitely not freeze, but this requirement is due to safety regulations, because there is a burner half a metre from you that supplies hot gas to the air balloon. This is an open fire and your hair must be protected,” Andrey Romanov, the pilot of one of the hot-air balloons owned by Dmitry Koryakin, President of the Aeronautics Federation of the Yaroslavl Region, told me. He was a chief “pilot” during the hot-air balloon ride in the Pereslavl-Zalessky area that was part of the 3rd Aeronautics Festival.

Usually, at least 10 hot-air balloons take part in the Festival, and not only from the Yaroslavl Region, but also from the neighbouring regions, so hot-air balloon rides over Pereslavl-Zalessky and Lake Pleshcheevo are becoming a real tradition.

These traditions are very strong in hot-air ballooning and I got convinced of this a little later, after landing. And before landing, I tried to find out how much it costs to own such a wonderful thing? And I tried to strike a balance in my notes between a lot of numbers and emotions from the hot-air ballooning experience.

Of course, the main cost is for a hot-air balloon itself, and its cost is limited only by a person’s wallet. A second-hand hot-air balloon of high quality can be purchased for 1 to 1.5 mn roubles. A new one, and especially, of unusual forms, can cost 5 to 8 mn roubles and more.

By the way, it turned out that the entire balloon, the volume of which is 3,500 cubic metres, is packed in a bag that is the size of a large “round sledge” for skiing from the mountains. Its weight is about 140 kgs, so a team is needed for a hot-air balloon ride. A hot-air balloon pilot (alone or with an assistant) will go air-ballooning with you, and the number of passengers can vary from four to five. A support team “on the ground” is also required, they follow the hot-air balloon tracking its route and a landing site.

The landing site, by the way, is not determined in advance, but only during the flight, as it depends on a large number of various factors like the wind speed and direction, altitude, air temperature outside the hot-air balloon. Therefore, in each cockpit there is an instrument panel monitoring the parametres, and the team is equipped with walkie-talkies for communication.

The instrument panel is usually of foreign production, but the burners supplying hot gas to the balloon are Russian-made, they are cheaper and often more reliable than foreign ones.

As for the hot-air balloon ride, it lasts about an hour, although, of course, it happens that you spend only 40-45 minutes in the air, as it was in our case. However, this is not the reason for complaining that this short experience costs 8,000 roubles - there are situations when a hot-air balloon takes off in a calm weather, hangs in the air over the start point for half an hour and lands without flying at all. It also happens that a balloon cannot take off 4 times due to bad weather. Bad weather, by the way, was on the Sunday evening when our friends wanted to enjoy hot-air ballooning and their attempt had to be rescheduled for another date. If you do not know when you can fly next time, the money can be returned - less 5 percent of the amount. And remember - the best conditions for hot-air ballooning in unstable weather are in the early morning, around 5-6 a.m. as by the evening, the weather usually worsens.

If everything is good and you finally take off, you can only enjoy a hot-air ballooning ride. It takes place at the heights from several tens to several hundred metres (we reached the level of 640 metres), and complete silence is in the cabin as the hot-air balloon moves at the speed of the wind and nothing prevents you from enjoying the amazing views.

At the same time, upon landing, they don’t let you go, since the most interesting thing is ahead - an aeronaut initiation ceremony! 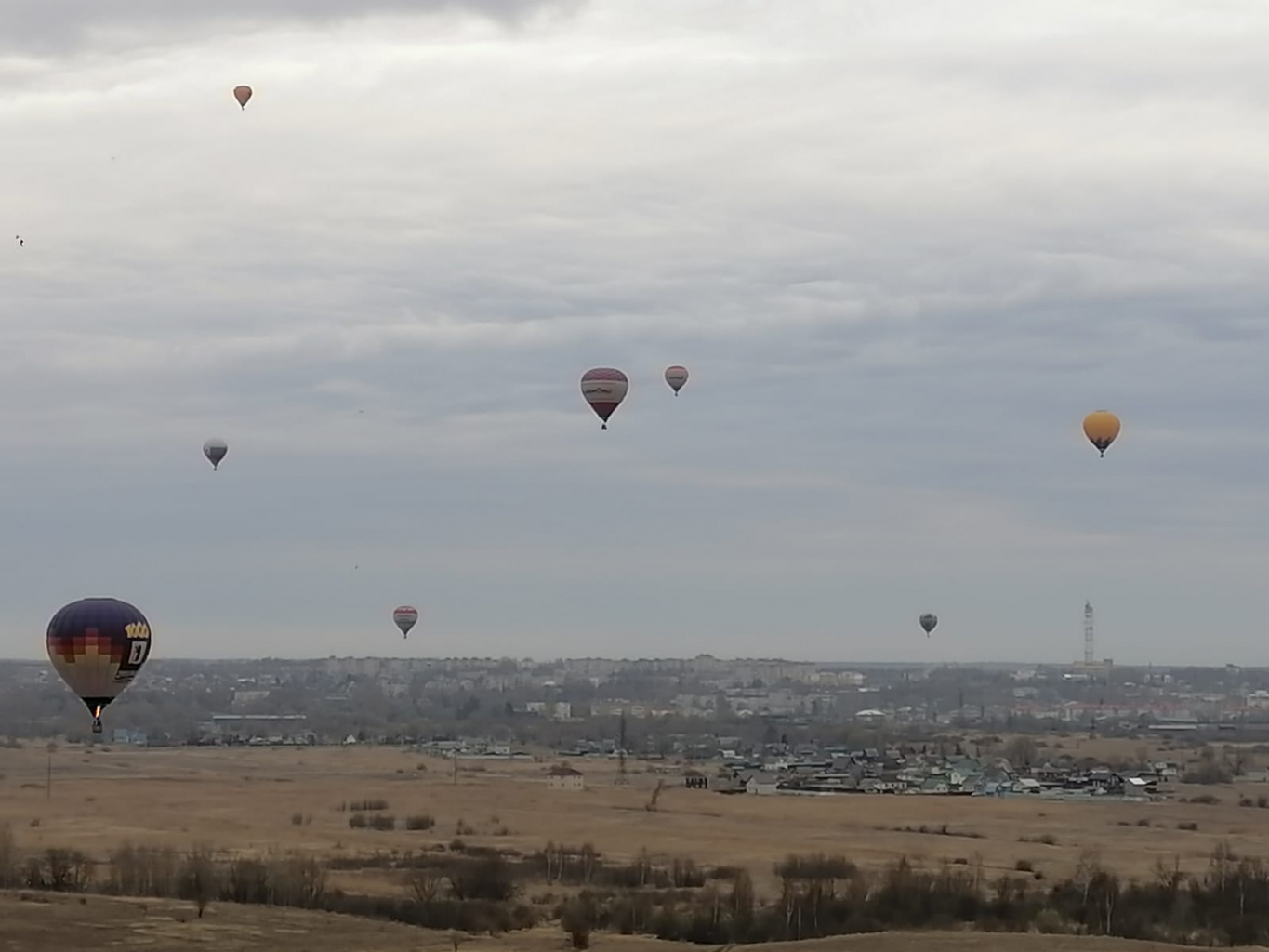 Firstly, you need to be prepared that you don’t just become an aeronaut, you have to pass a short exam and answer some questions. I am not going to tell you the answers, but do not be afraid, all questions are quite easy.

You will learn that, for example, animals - a sheep, a rooster, and a duck - were the first aeronauts. And after the first hot-air balloon ride, Louis XVI, who at that time ruled France and witnessed it, issued the decree: “Sheep must not balloon travel.” And he added: “Only the nobility.”

The aeronaut initiation ceremony is carried out with the help of three elements such as the Earth, Water and Fire. The Earth at the ceremony was underfoot, champagne was used instead of the Water, but the fire was a lighter used to “set on fire” a lock of hair, and the fire was immediately extinguished with sparkling champagne. And this tradition started when the first group of people experienced hot-air ballooning. In their basket, a brazier with straw filling the balloon with hot air and smoke turned over when landing, and the pilots’ hair was badly burned.

At the aeronaut initiation ceremony, we were told that the decree of Louis XVI had not been canceled yet. According to that decree, the first pilots of the hot-air balloon were given - as a gift - the plot of land over which they flew. So, each of you has a chance to become a large landowner, albeit according to the laws of medieval France!

If your hobby is hot-air ballooning