In search of the Kudykina Gora 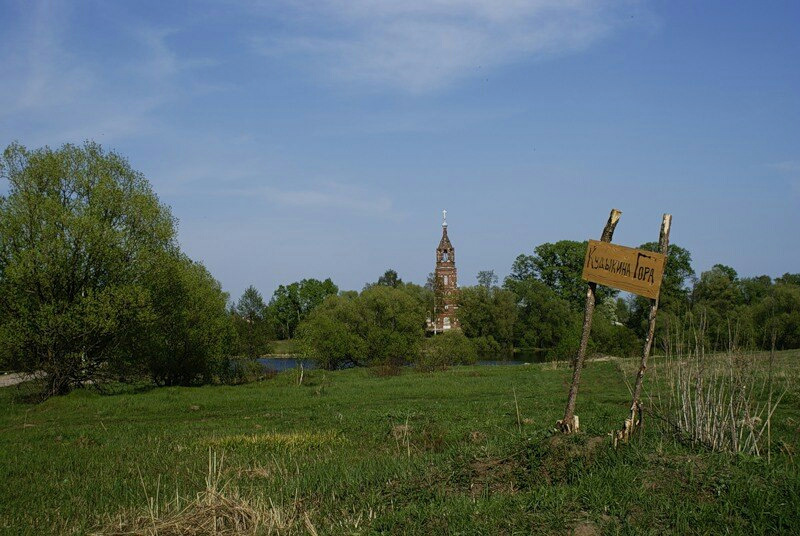 There are places in Russia where almost everyone has been. Especially, those who needed to go somewhere, but they did not want to tell everyone exactly where they were going to. Have you guessed? Yes, these places are the “Kudykiny Gory” (the Mounts East Overshoe, The ‘Where’ mounts)! As it turns out, there are several of them that actually exist in Russia.

One of these “mounts” is located in the Orekhovo-Zuevsky district of the Moscow Region. It’s an hour and a half or two hours away from the Moscow Ring Road, although, it takes much longer, of course, when summer begins and many people go to their summer houses by cars.

We should note from the beginning that in the Moscow Region, the Kudykina Gora is not just one place with this name, but the Kudykino (‘Where’) hamlet and the Gora (Mount) village.

Gora is a village because there is a church in it - the Church of the Nativity of the Most Holy Theotokos - built in 1886 at the expense of Alexei Smirnov, the owner of the Likinskaya factory. It is quiet in Gora, no sound of the car engines is heard, and old houses have no longer wooden window frames, but plastic ones facing the streets. Although, it is very interesting that there are still houses built “in the old way”, they have a ground stone floor with vaulted windows, and the first floor made of wood. It must be admitted that there are not many such houses in the village, but they give this place a special, historical flair. In fact, there is only one street with small houses in the village. 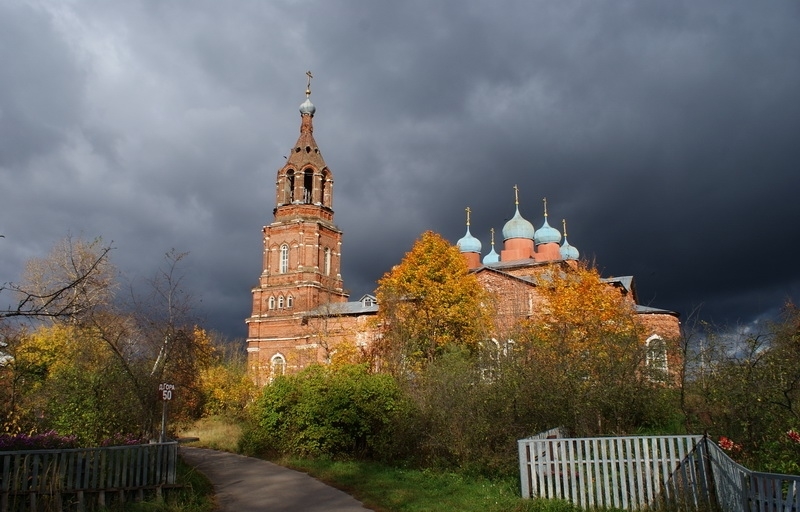 The Gora village, in contrast to the Kudykino hamlet, looks like a “real village” indeed, if I may say so. In Kudykino, the houses are more expensive and the district with expensive cottages is spacious. It is interesting that the village with such name is the only one in Russia, according to the Russian Administrative-Territorial Division Classification guide as of 2008. We should believe it, should not we? The name, apparently, is from the verb “kudykat” mentioned in the Dahl’s Dictionary, it means “where are you heading for?” Moreover, this question is sort of unceremonious, perhaps, because the person who asks, in fact, does not care where the neighbour is going to and asks just out of idle curiosity. Well, the usual answer was and is like “for the Kudykina Mount”! Actually, this means “None of your business!”

By the way, the hamlet is quite old, it was first mentioned in the cadastres back in the 17th century, in 1637-1647. And it is also interesting that this hamlet was famous for the fact that masters of the machine knitting of stockings worked in it. Historical chronicles say that one woman hired over seventy persons to do this work when she brought an unusual machine to the hamlet. However, the same chronicles say that this business did not bring big profits, however, the sales market was nearby - it was the Orekhovo-Zuevo factory settlement and its workers mainly wore these stockings instead of footwraps-foot cloths that were cheaper and more popular among those who lived in hamlets and villages ...

Nice and cozy environments surrounded by forests do not attract tourists, but now you know where to go if you really need to but you don’t want to tell anyone your destination.