I recognize it by its smell
News
Exclusive
Expert Reports
Blogs

I recognize it by its smell 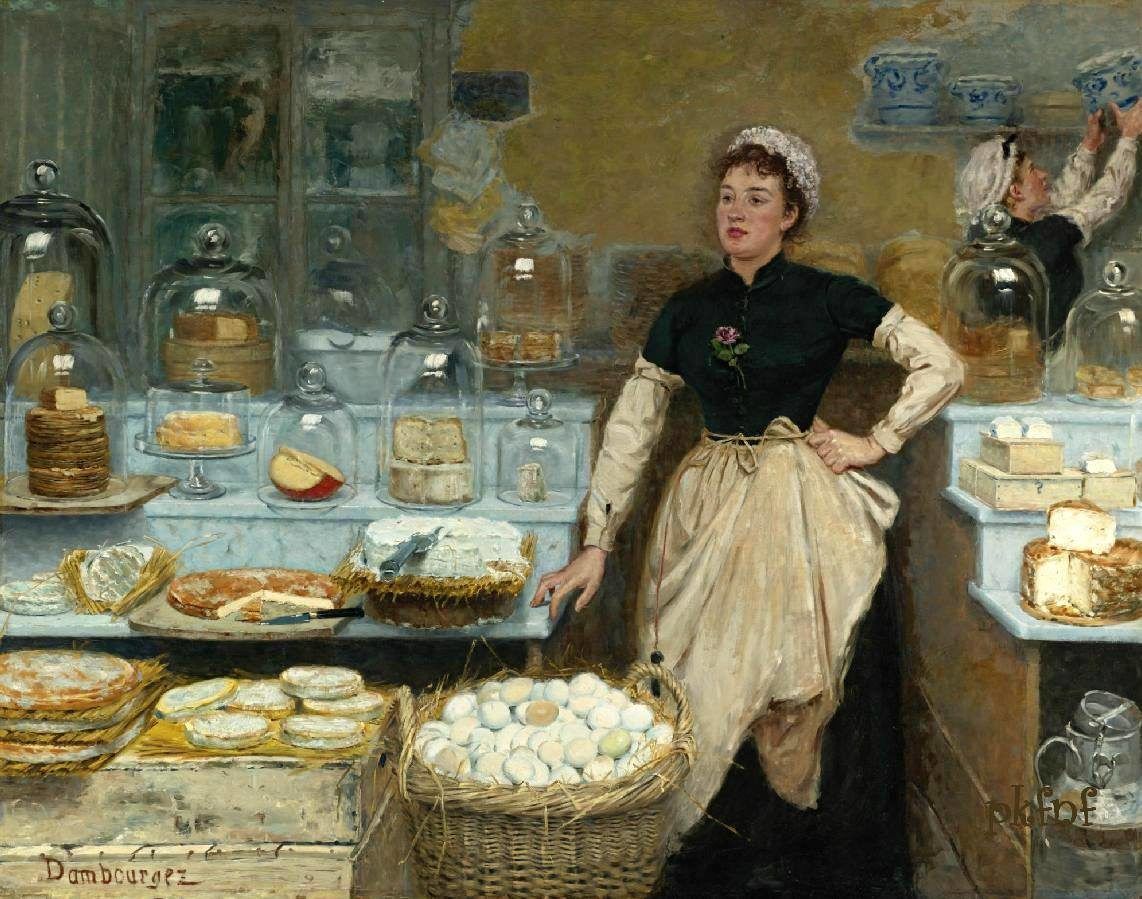 You cannot really get to Europe now. Firstly, because of the pandemic, and secondly, they say that the purchasing power of the population has decreased - so, not many people travel abroad. That is why, nobody envy the gourmets now who used to bring bags full of local cheeses from France, Italy or other countries. However, there is a way out. Strange as it may appear, in fact, the sanctions have led to slowly mastering the production of own cheeses in Russia that are no worse than those made abroad. We will talk about them today.

In fact, you need to know one thing - if you want to buy cheese that is really tasty and smells like a real cheese and not like a mass-produced one, then you need to look for small cheese dairies. In my case, for small cheese dairies in the Moscow Region. Large-scale cheese factories, of course, can also produce good cheeses, but due to the output, the taste will be, let’s say, the most common and it will not be of a rich Italian or French flavour.

And, of course, you have to get used to the price, although this, I should say, is the most difficult task! It so happened that a kilogram of good artisanal cheese rarely costs less than about 2,000 roubles, so curb your appetites and measure your desires by your means. On the other hand, you can have a cheesetasting experience and take, for example, several types of cheese - 100 grams each. You will please your stomach and enjoy the cheese taste, and your purse will not become lean.

And you should get used to the fact that the real artisanal cheese cannot be without a smell. And sometimes this smell, no matter how disgusting it may be, just speaks about the high quality of the product!

Semi-soft Morbieu, for example, smells like a wet old mop, but the “Rotten wood stump” cheese smells like a cold and slightly damp earth when you go down for a jar of grandmother’s pickles in an old cellar in the village...

There are no caves here, but there is an Italian Taleggio cheese. It is called a “cave cheese” because it is practically the oldest soft cheese in Europe, it was made for the first time back in the 13th century. And a Valençay goat cheese, people say, owes its truncated cone shape to Napoleon Bonaparte. In a fit of rage, they say, he cut off the top of the cheese that originally had a shape of a perfect pyramid with a pointed top, it happened at a solemn reception where the guests decided to flatter him for the Egyptian campaign, which he failed. But the ash, which is traditionally sprinkled on the Valençay cheese was very appropriate as a symbol of sprinkling ashes upon the head. And the ash really crunches in the teeth.

I don’t know wheather that story is truth or a lie, I liked its smell best of all. To smell these two cheeses, you have to inhale in the right manner.

As for the Taleggio cheese, if you inhale its smell deeply, you get the odour of sauerkraut, the kraut, which has already been in the cellar for the winter, and when you open a can a strong and rich smell comes from it!... But not very strong, because it is a cheese, anyway ...

The situation with the Valençay cheese is more interesting. The Taleggio cheese has no moulds, but the Valençay cheese has white moulds. And this colour reminds me of the mudroom in the village house where my dad’s mother lived, and I remember that she had a goat in the mudroom. This goat’s name was Mashka. And the cheese smells like Mashka - like milk, but the goat’s milk, and it was rather cool in the mudroom in winter ... And as far as I remember, one had to go through the chicken coop, before entering the mudroom where Mashka was, and the chicken coop did not smell of Chanel perfume.

And finally, the Brie artisanal cheese made in Russia that, of course, differs from the one you would taste in France ... First of all, in that it is not as soft as the original one. Although the crust is as if cut off from this very original cheese.

This difference can be explained - there are more than a dozen varieties of this cheese, and, for sure, the number of varieties was determined wrong. So, everyone can make it in his own way, but should remember that only two cheeses - Brie de Meaux and Brie de Melun - bearing the names of the small towns located to the east of Paris, have the AOC (Appellation d’origine contrôlée) certification in France.

The specimen that I’ve got does not smell of ammonia (it is believed that it should smell like that, quite a bit). But it smells like a cow! And, you know, a very clean cow that is the family’s favorite with its udder washed with warm water and soap as they used to do in the villages. And you usually come to the meadow for a can of milk, and the woman poured milk out of the bucket to the can through a buttercloth. And then, as a bonus, she also gave a mug of freshly drawn warm milk - from her heart.

But I should not be talking about the village only... They say, the Brie cheese is a royal cheese but I am recalling the country life! Queen Margot and Henry IV liked this cheese very much, and Philip Augustus living in the 12th century found this cheese tasted delicious.

A Crottin cheese, even our artisanal cheese made in Russia, they say, is best washed down with wine made from Sauvignon Blanc grapes ...

But as for me, it’s not about wine. ... The point is the sensations that awaken the associations.

The point is that the wood ash the cheese is coated with resembles that very weightless ash that remains from a burned out fire. And this ash rises up like a gray cloud, when a fire is poured with water to extinguish it.

The point is that the Crottin cheese has a shape of a small Easter cake, and tasting it is like a fest.

You know, this is how the old boards damp from dew smell early in the morning, the boards are behind the shed and cover fat earthworms that make fishing successful.

So, I acquired a taste for cheeses. And I realized that in Russia, cheese makers are slowly mastering the cheese production and they are rather good at this. The only thing is required - the cheese prices should be reduced - but it’s a topic for another time.