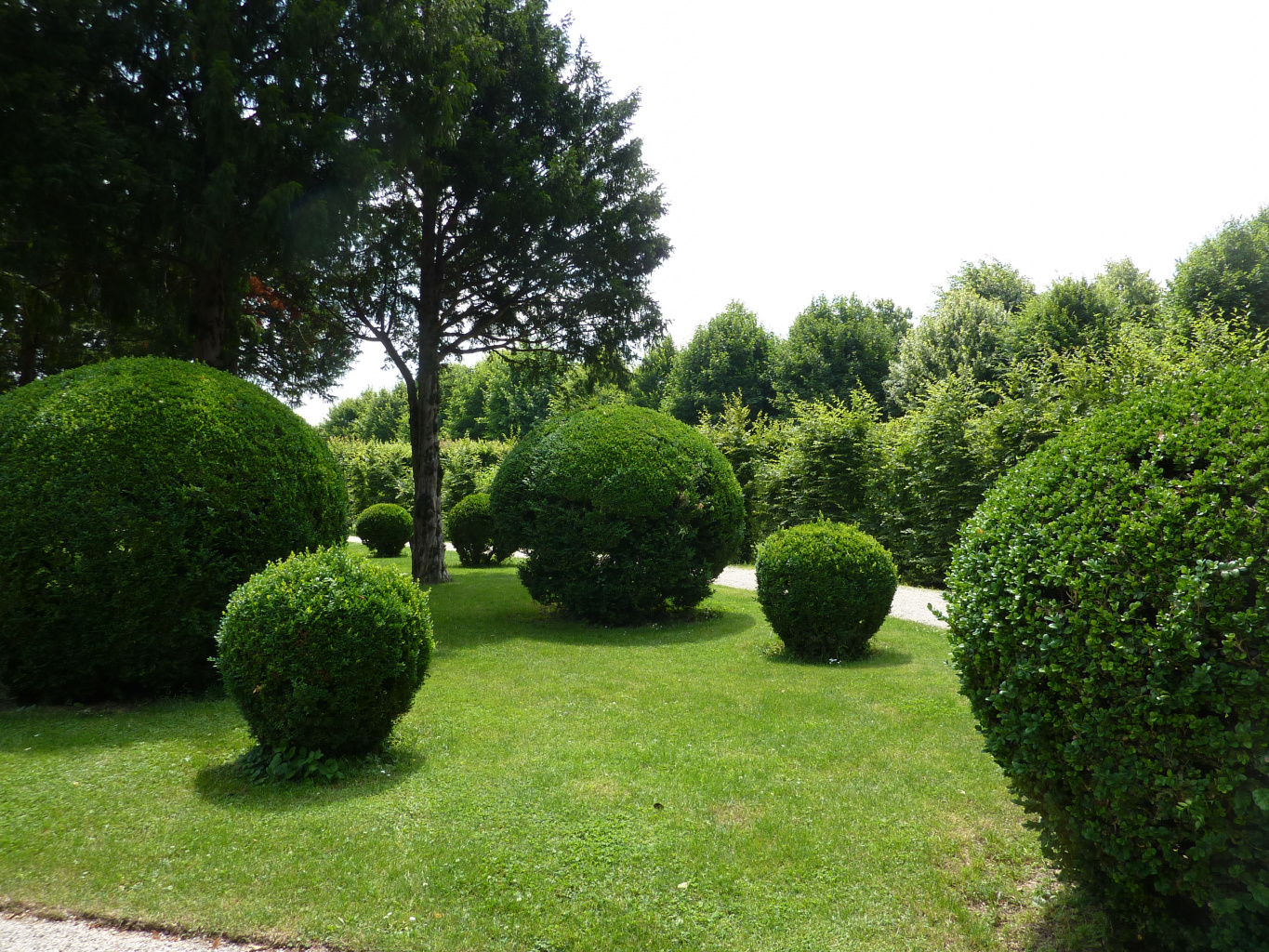 Small Austrian towns and villages are usually very cozy and also very harmoniously fit in with the surrounding landscape - be it a forest, flatland, river, hills or mountains. Another thing is when it comes to a big city, which usually subordinates nature to its geometry.

You should agree, is quite problematic for a metropolis - with its huge residential quarters, high buildings, never-ending traffic jams and thousands of cars - to be in harmony with nature. But it turns out, it is possible. At least, for the Austrian capital that has built its image of grandeur and charm largely due to the combination of the beauties of nature and the architectural merit. 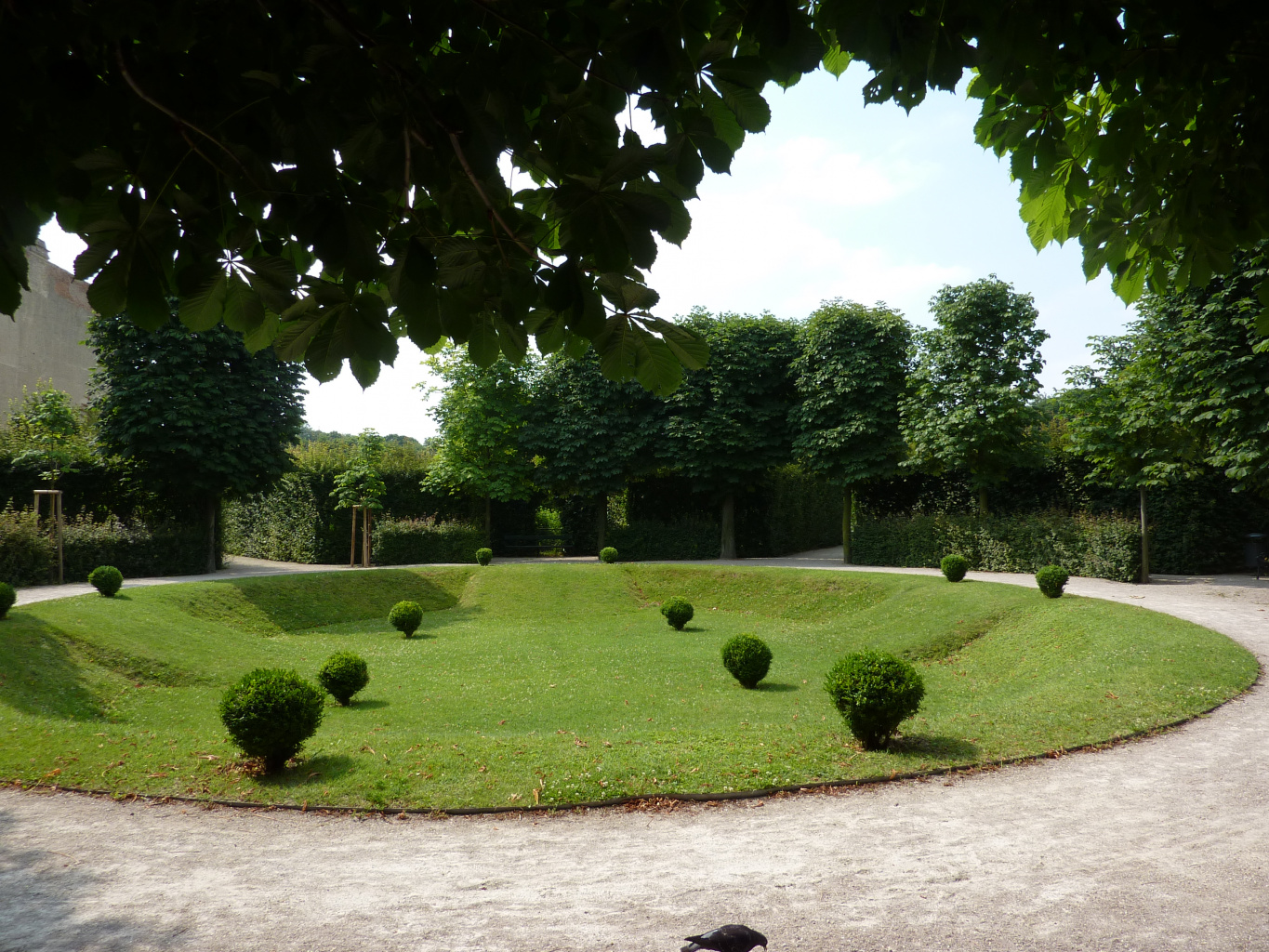 To begin with, Vienna is one of the greenest, most comfortable and beautiful cities in the world. The capital of Austria, which is very popular with tourists, regularly takes first lines in environmental ratings - as for the length of the bicycle network that increasingly displaces highways from the city centre, or the quality of air and drinking water at the tap coming from the alpine springs. 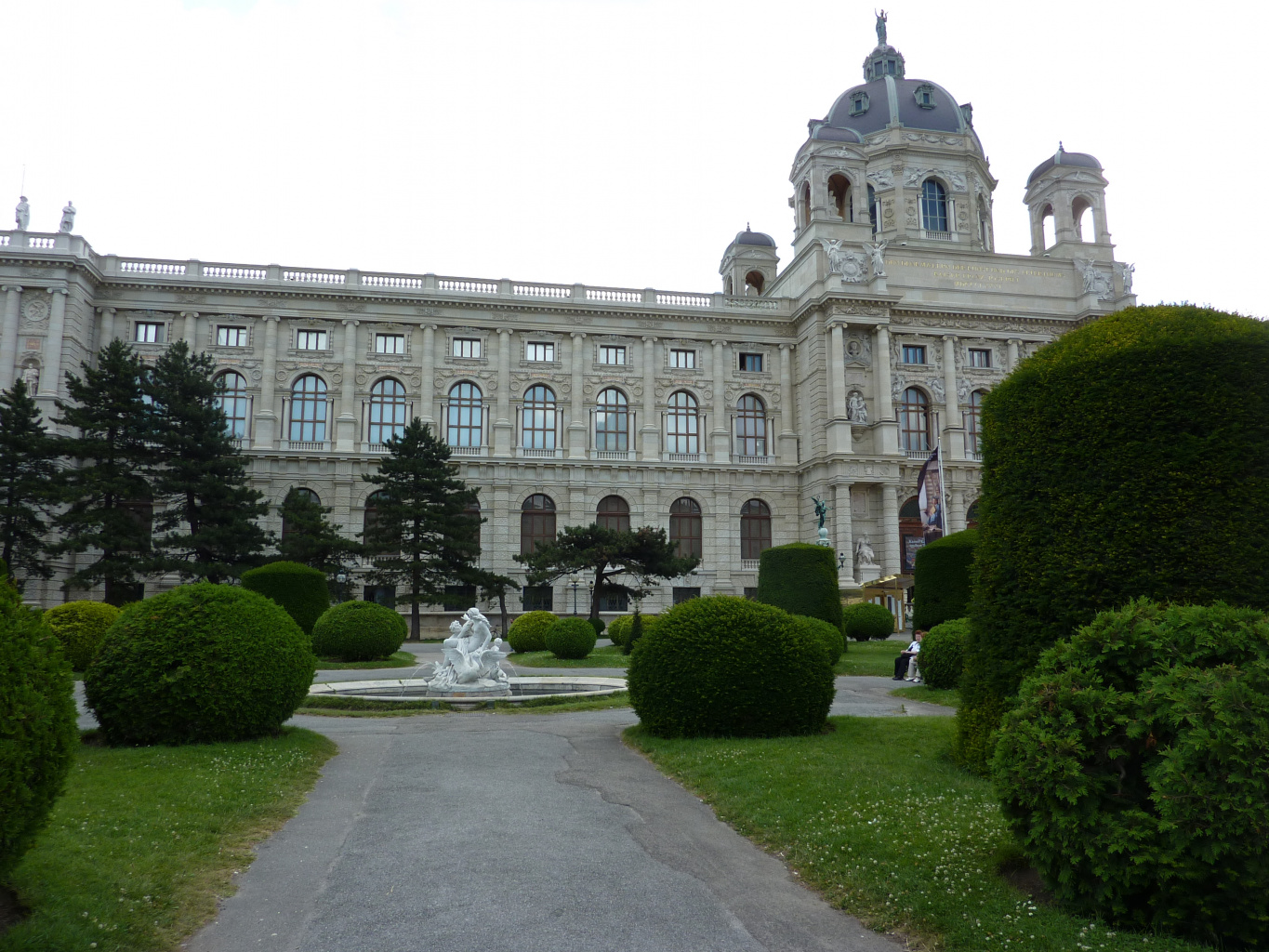 The Vienna’s parks and gardens - and there are about three hundred of them in the city - have been turned into the cozy public areas where you can both walk along the paths and sit on the benches, and also sunbathe on the grass, play ball with your child, do sport, and sit dreaming near the lake or rivers, watch and feed the birds, enjoy flower arrangements, listen to numerous impromptu outdoor musical concerts. This can also be in the magnificent park of the main imperial palace Hofburg in the centre of Vienna. 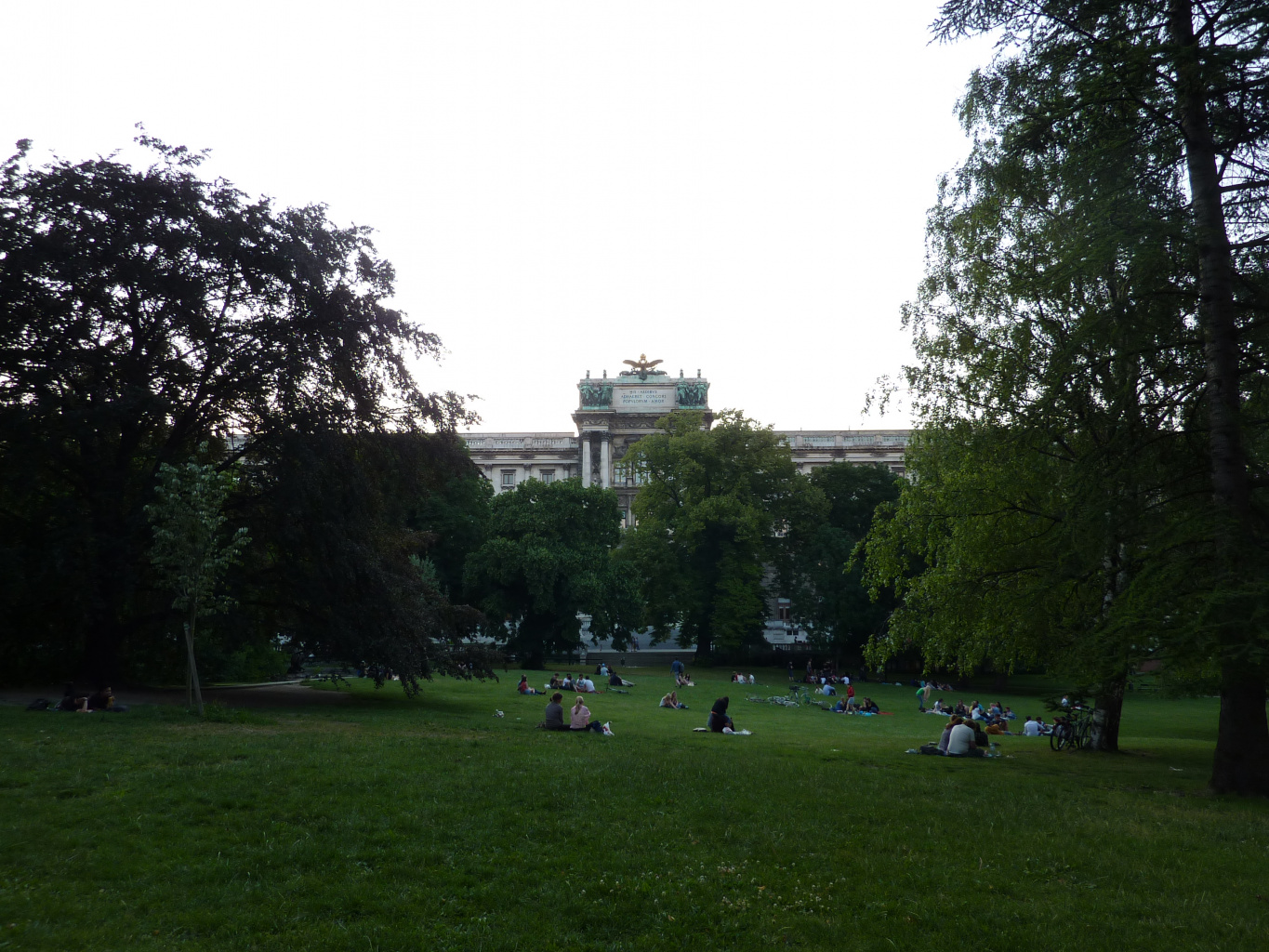 The most popular among the citizens and tourists, of course, is the central city park of Vienna (Stadtpark), the most famous symbol of which is the golden monument to the composer Johann Strauss. Marble muses literally hover about the composer, and music seems to flow from the monument itself. But it is possible, of course, that the waltz melody sounds just somewhere nearby - Vienna is a very musical city. 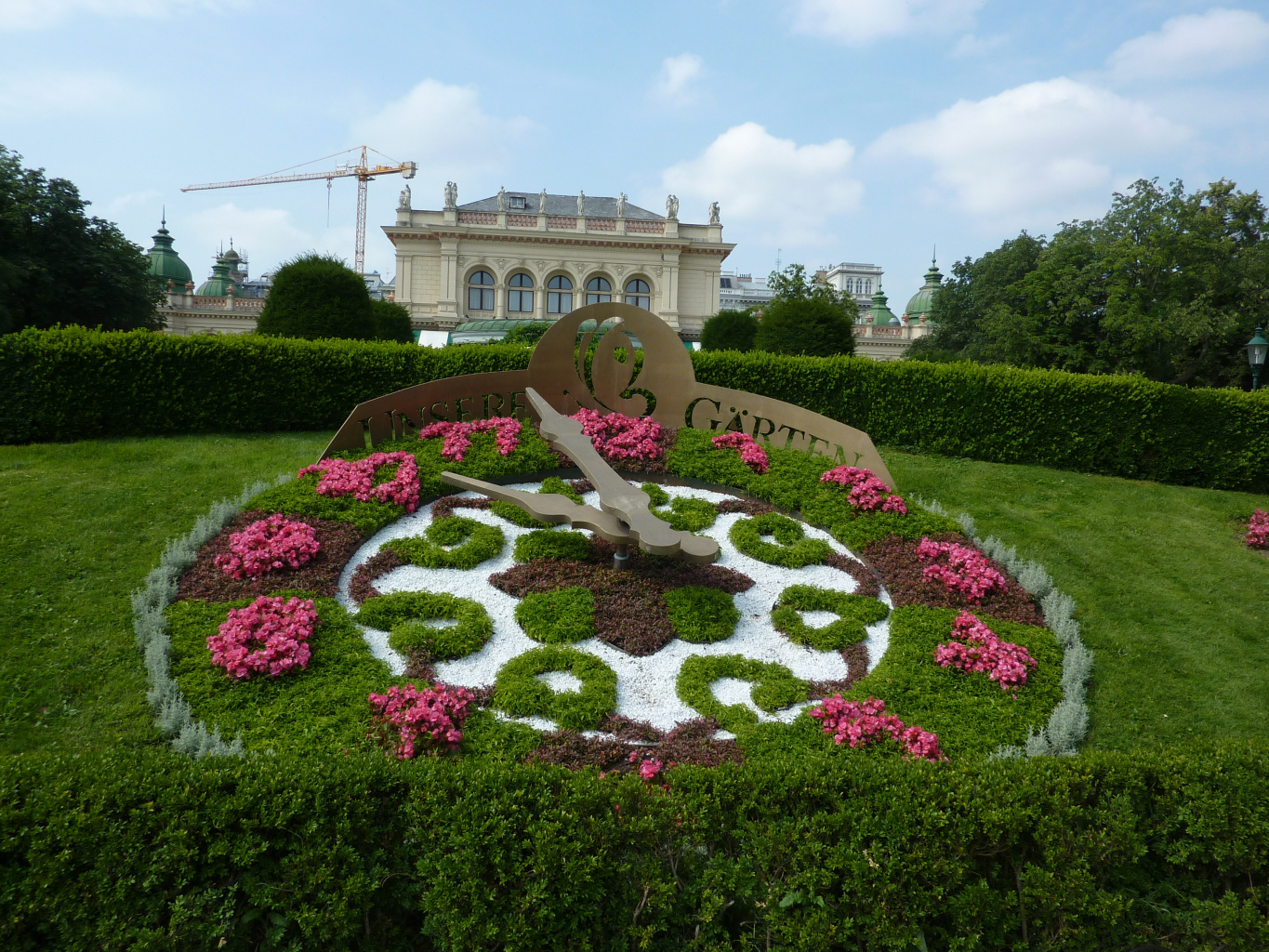 Another feature of the Austrian capital is that all its buildings are very harmoniously fit in with the park areas. In the Stadtpark, there is the Kursalon Hübner music hall built in the Italian Renaissance style, which previously served as a wellness pavilion. Now, concerts and balls are held here from early spring to late autumn. 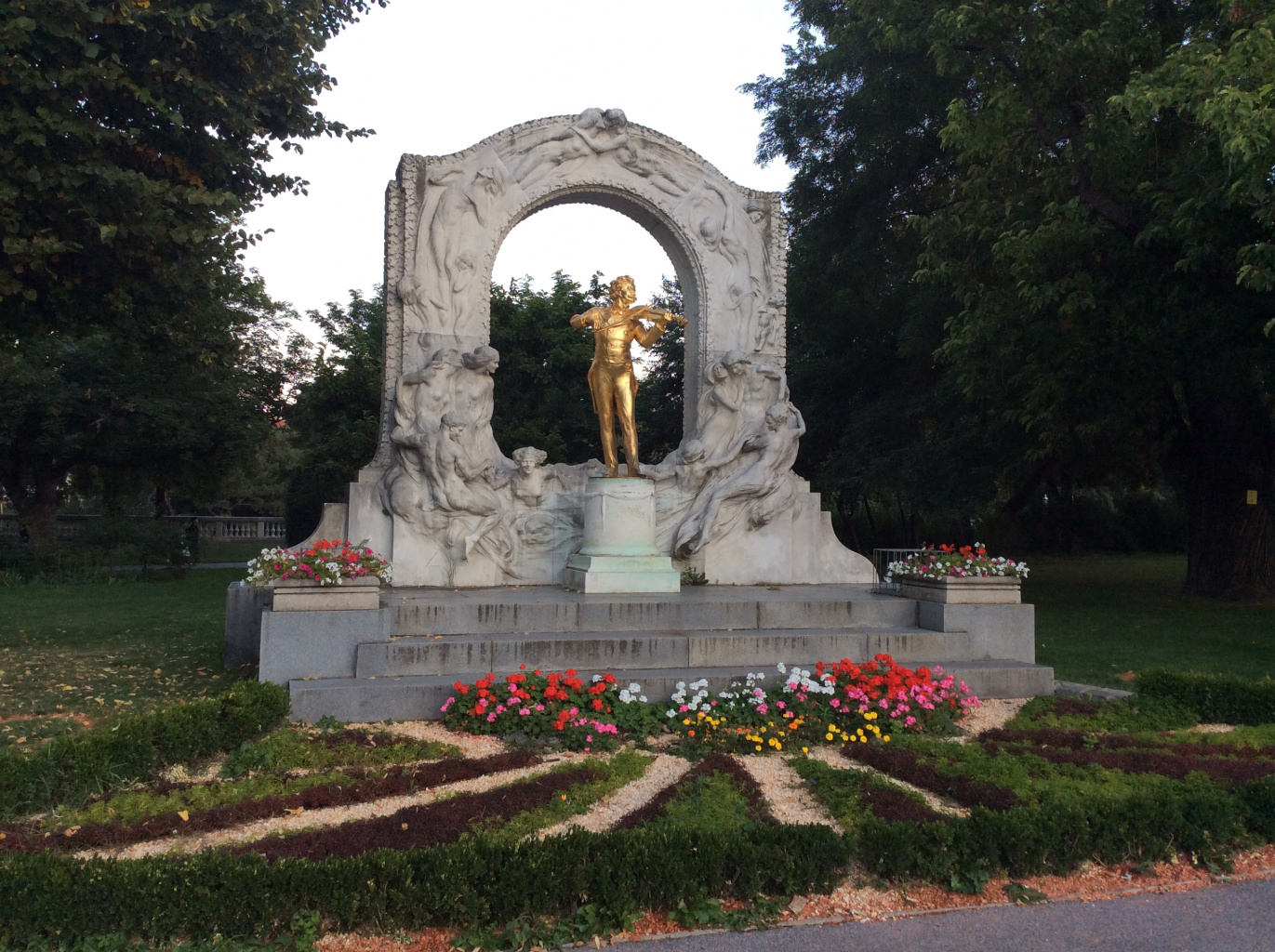 The most complex palace and park structure is the Belvedere ensemble. Between the Upper and Lower Belvedere, one of the most stunning Baroque architectural ensembles in the world, there is a park with statues, fountains, pools, cascades of waterfalls. The symmetry of the lines of the three-level composition of the Park is especially emphasized by the strict geometric shapes of the white cedars, junipers, various trees, bushes and plants lined up in bizarre pyramids, green balls, cubes and polyhedrons, under which a huge floral carpet stretches. The impression is that the alleys and trees, bushes and plants were created by nature to emphasize the majestic image of the Palace. 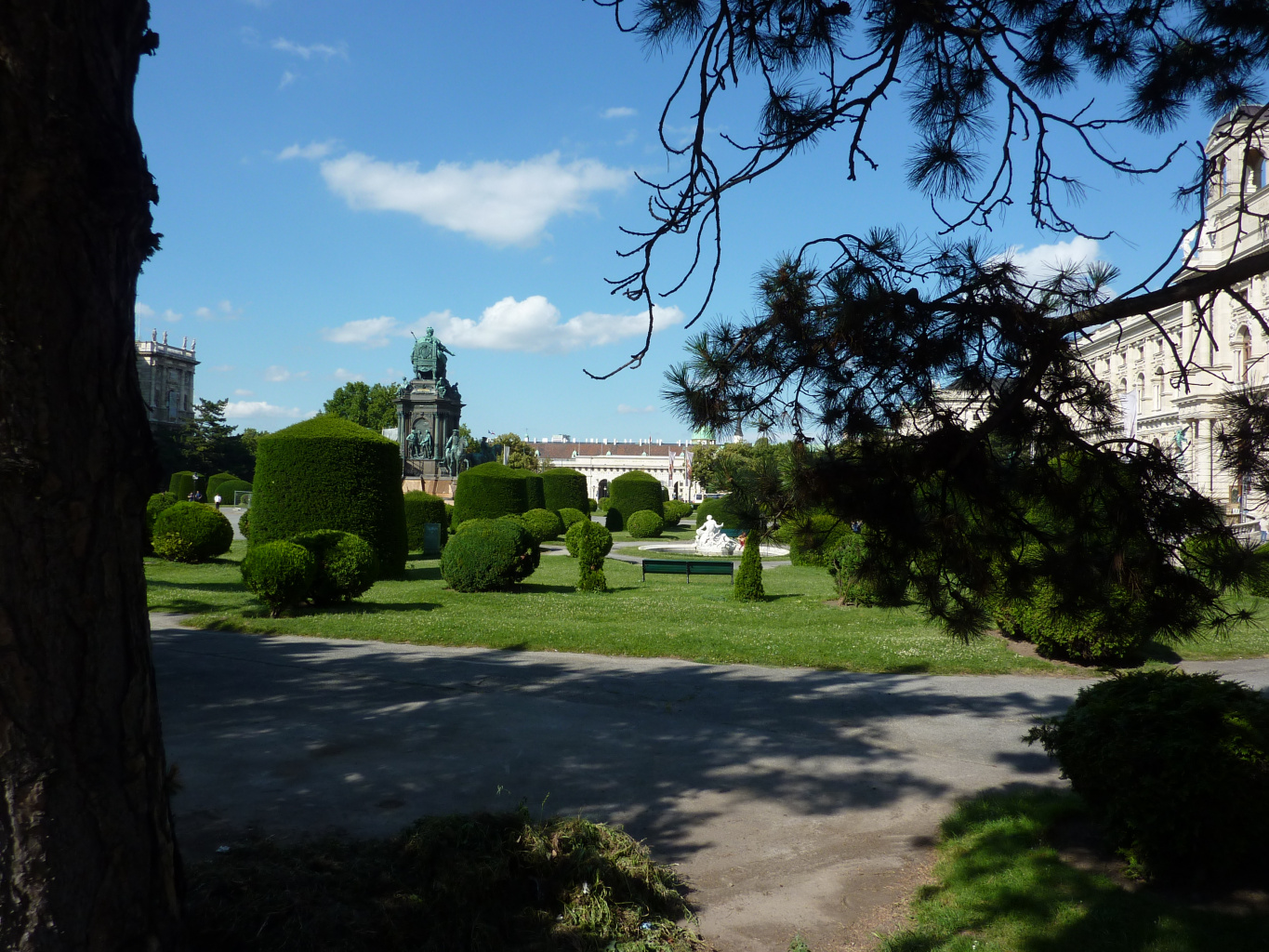 Today, the Upper Belvedere houses the Museum of Austrian Art with the masterpieces of Gustav Klimt. Nothing compares to the feelings when you walk up the beautiful alleys to the Palace, expecting to see its beauty, and then - overfilled with it - you go down to the Park, wander along its paths and the cozy botanical garden of the University of Vienna located nearby. The same great delight comes upon you when strolling along the endless green boulevards of the Austrian capital after visiting the Vienna Opera.

By the way, a number of Klimt’s paintings, previously stored in the Belvedere, including the Portrait of Adele Bloch-Bauer I (also called The Lady in Gold or The Woman in Gold), were returned to their legal heirs in 2006 and were moved to New York. This dramatic story, which began during the World War 2, is featured in Woman in Gold, an excellent film, which not only depicts the human aspect of the

Holocaust, the jewish and human tragedy, but also allows you to see Vienna from a broad historical perspective.

“Vienna remembers, as do the Alps and the Danube …”

The Belvedere Palace ensemble is a temple of art and paintings of the 18-19th centuries and it keeps the memory of the milestone events of the middle of the last century. The Palace ensemble was badly damaged due to bombing, and in 1955, an agreement was signed in its Marble Hall between the USSR and the countries of the anti-Hitler coalition on the Austria’s sovereignty and neutrality. Here, next to Belvedere, there is a monument to the Soviet soldiers who died during the liberation of Vienna. 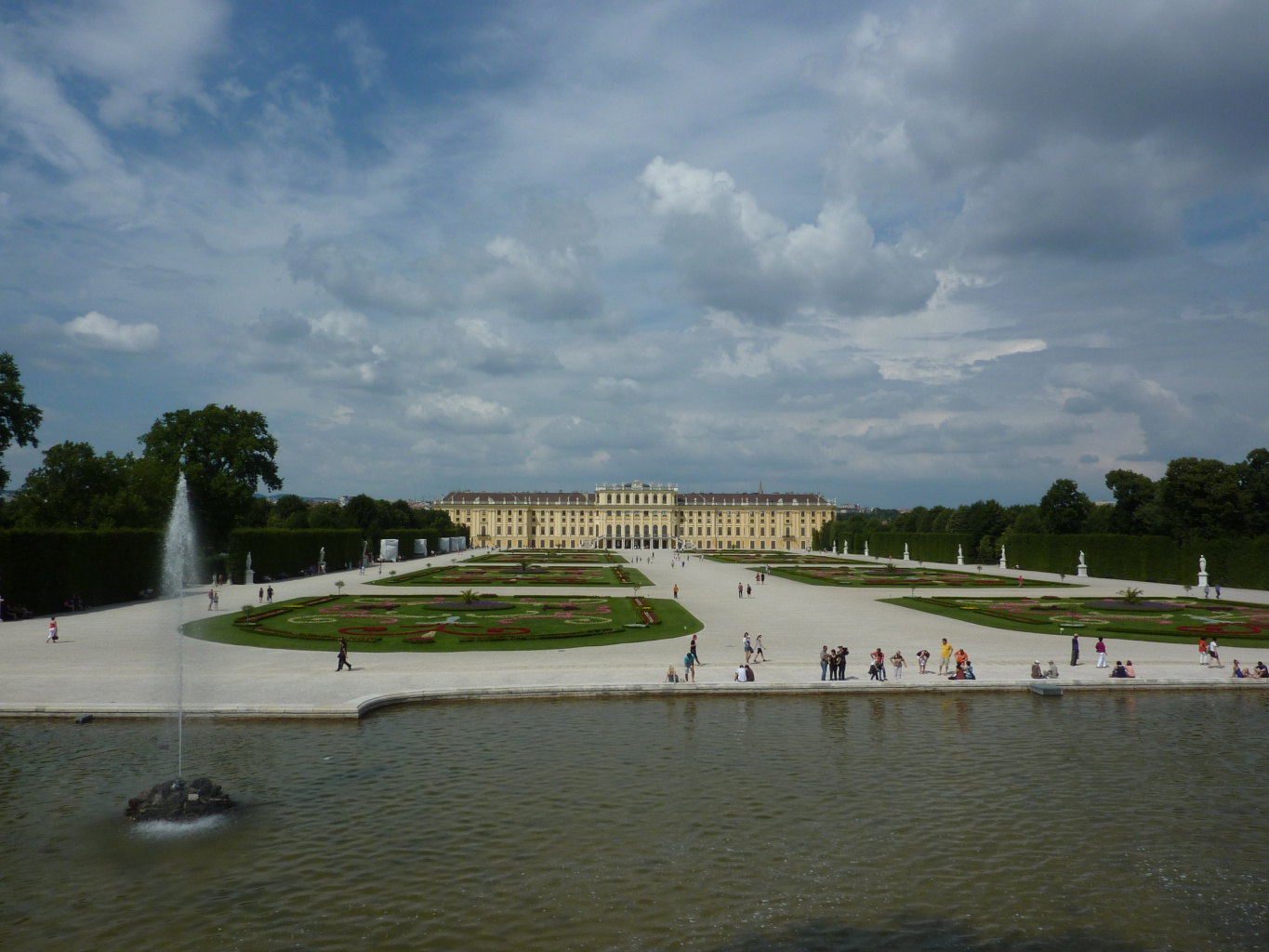 Among the harmonious landscape and park ensembles of the Austrian capital, the Schönbrunn Palace- the former summer residence of the Habsburgs - should be mentioned. Both the Palace and the Park are listed as the UNESCO World Heritage Sites. 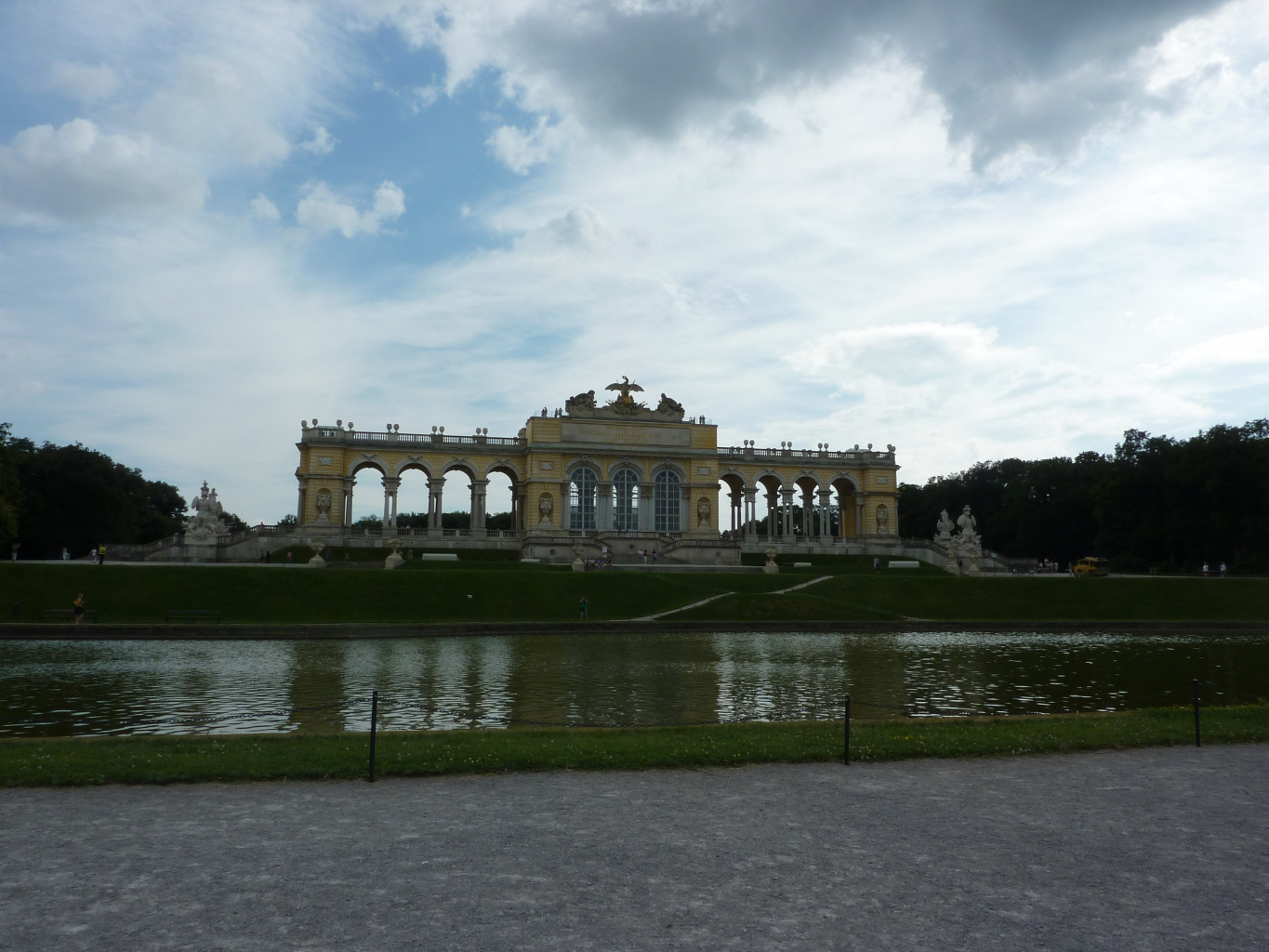 Its colonnade Gloriette has rightfully become one of the Vienna’s symbols and a place where you can drink a cup of Viennese coffee in a truly romantic place. In the Schönbrunn Park, it’s easy to lose your way in the endless labyrinths of the green fences, looking at a variety of flower arrangements. And a visitor can unexpectedly come across another pearl of the capital - the Vienna Zoo - where koalas, pandas, giraffes and rhinos seem to feel as comfortable as in wildlife. 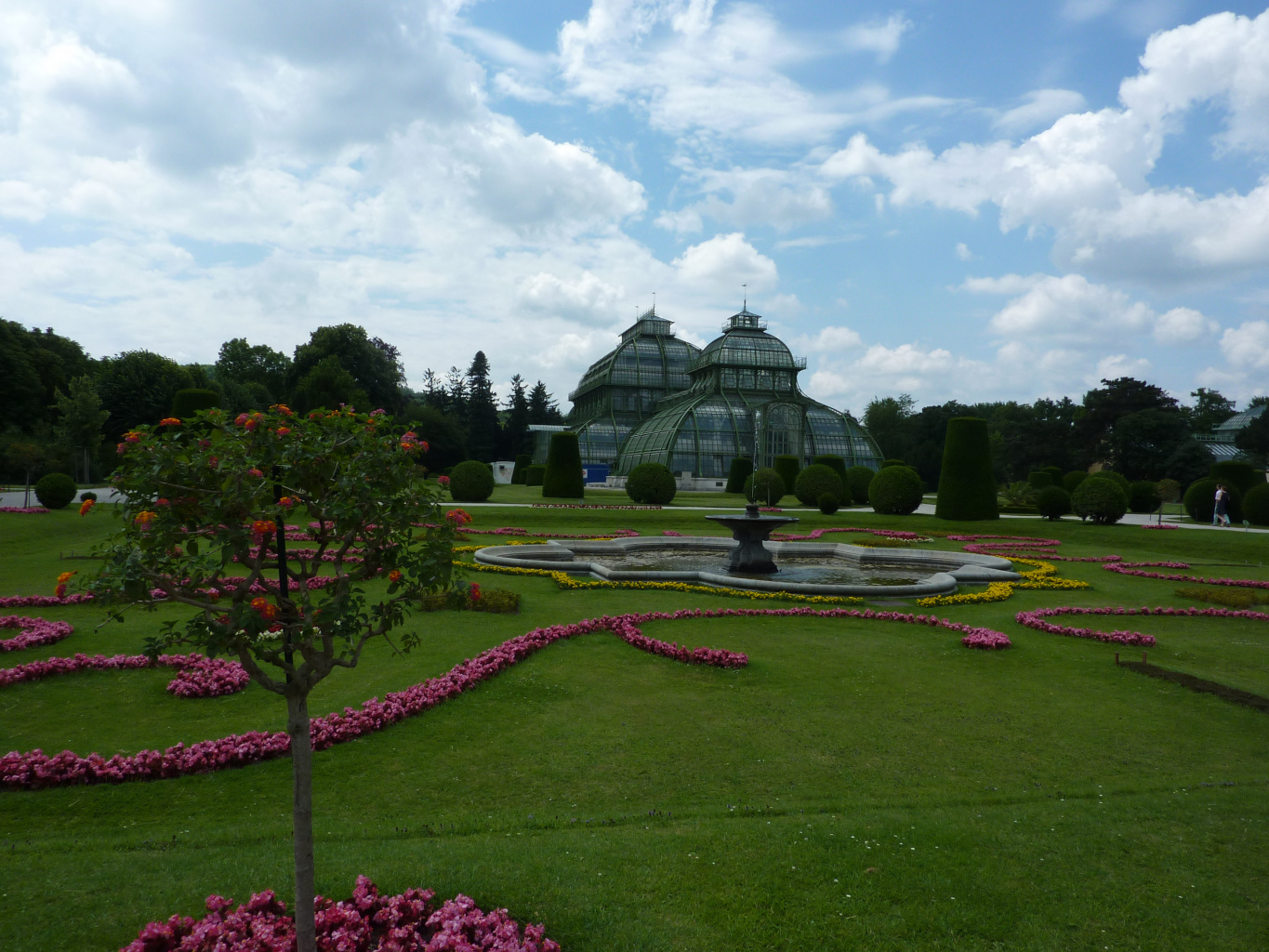 The Donaupark located on the banks of the Danube takes a special place among the Vienna’s parks. It is noteworthy that it was made on the site of a former landfill. Now, nothing reminds of this, and the Park is easy to find by its 252-metre Danube Tower, which offers the most amazing views of Vienna and its environs. Here, as well as on the neighbouring 20-km narrow artificial island in the middle of the Danube, the Donauinsel, a huge recreational space has been created - with paths for jogging, hiking and cycling, fishing, swimming, rowing, windsurfing, and sailing. The Donauinsel has a stage, as well as a racing car track, beaches, and playgrounds. About 700 hectares have been landscaped, and the flora and fauna of the meadows are completely preserved, which the Austrians are especially proud of.

Tales from the Vienna Woods 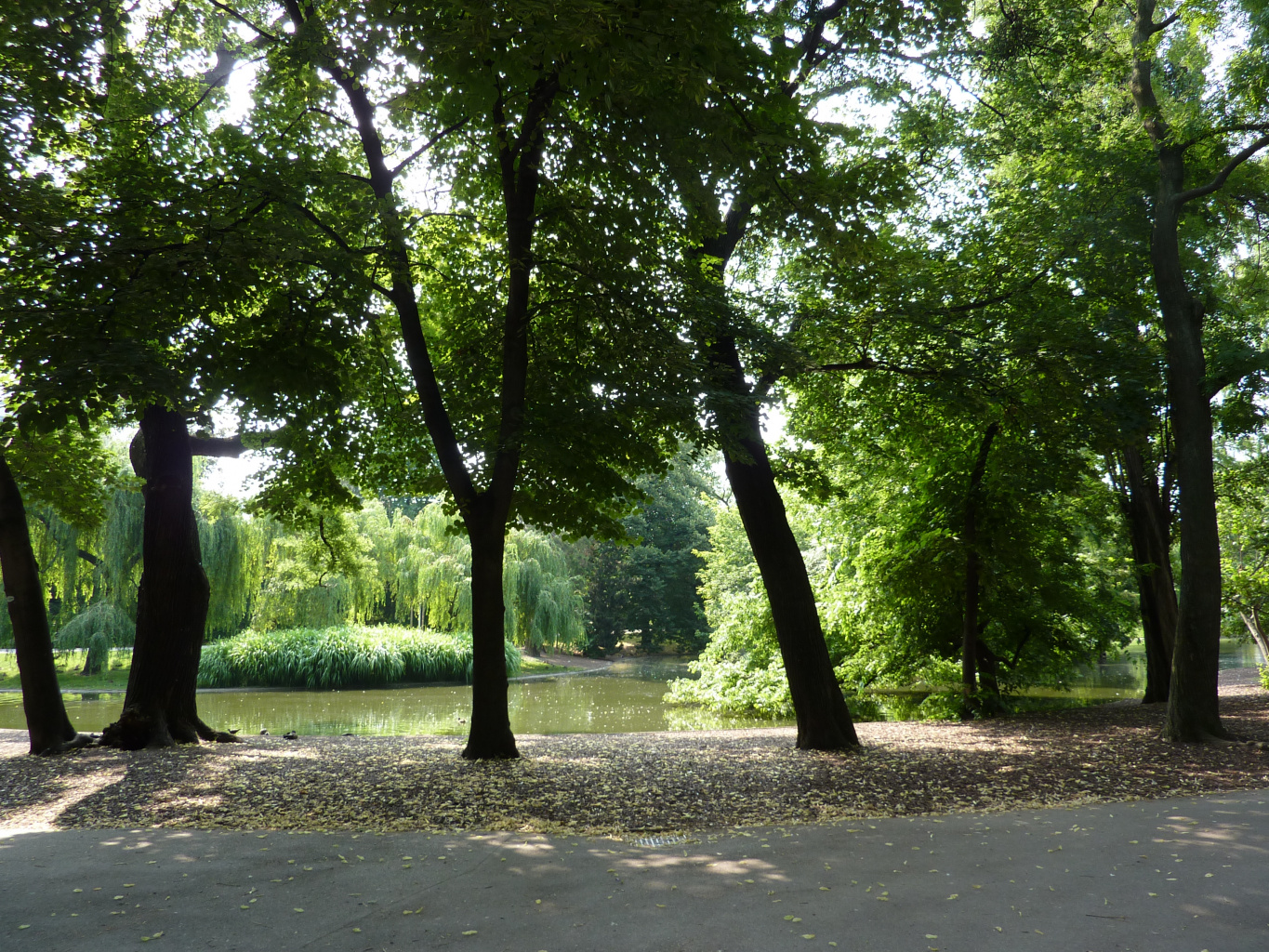 But the real “green lungs” of the Austrian capital are, of course, the Vienna Woods. They start right in the city and cover huge areas. The Vienna Woods are home to the biosphere reserves, vineyards and ancient castles - the most picturesque is the Wachau area with its Baroque castle. Some thermal spas are in the close vicinity of Vienna. Baden, one of the most popular of them, is known for its healing mineral baths since the days of Ancient Rome. 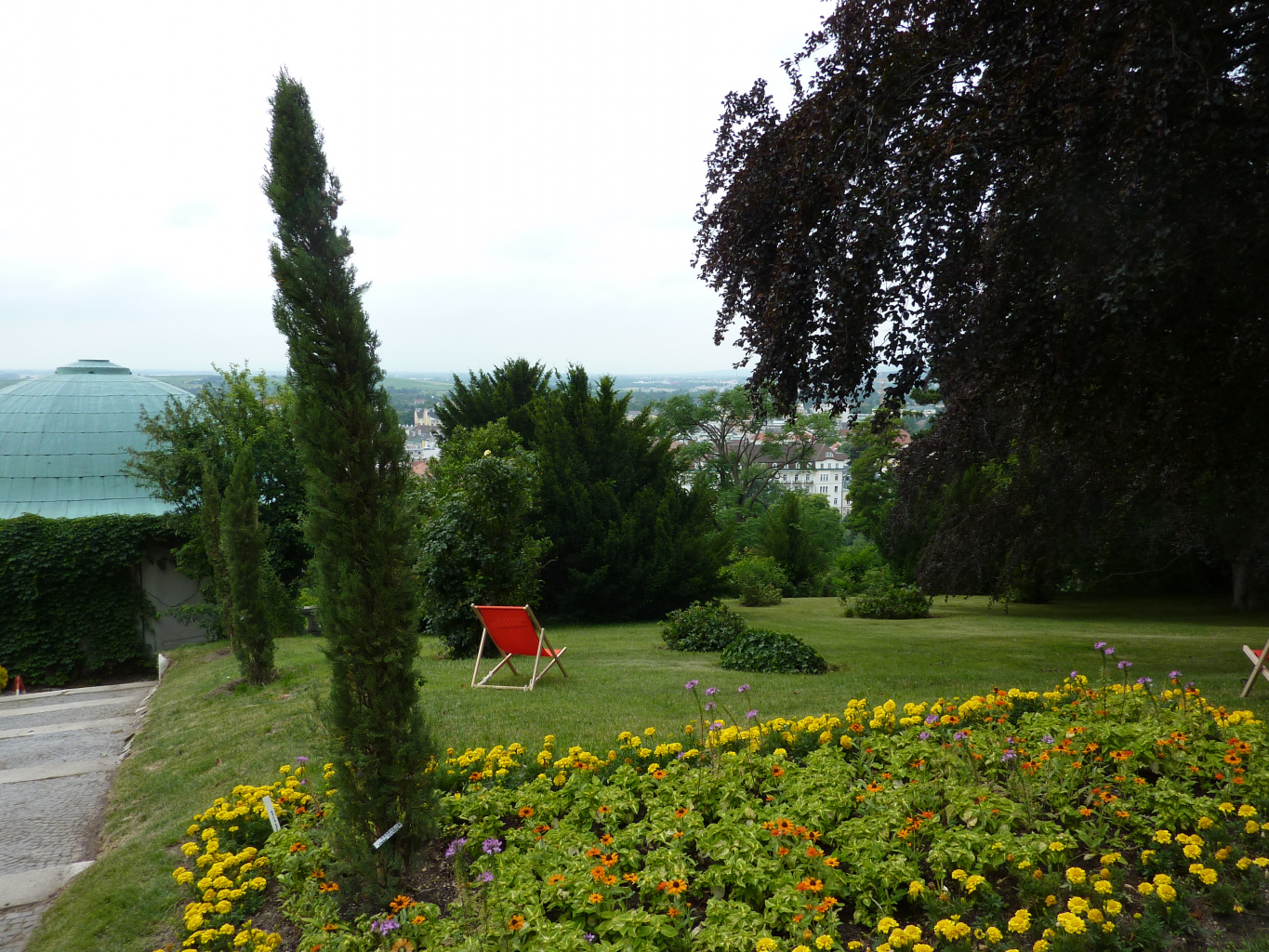 By the way, getting to Baden is very easy. From the Vienna Opera, the city tram takes you to Baden in less than an hour. You can also get there by bus or taxi. The main thing is to tell the taxi driver exactly where to go. The name of the town sounds like Baden bei Wien (Baden near Vienna), because the German Baden-Baden - also a popular balneological resort - is more than 700 kilometres away from here ... 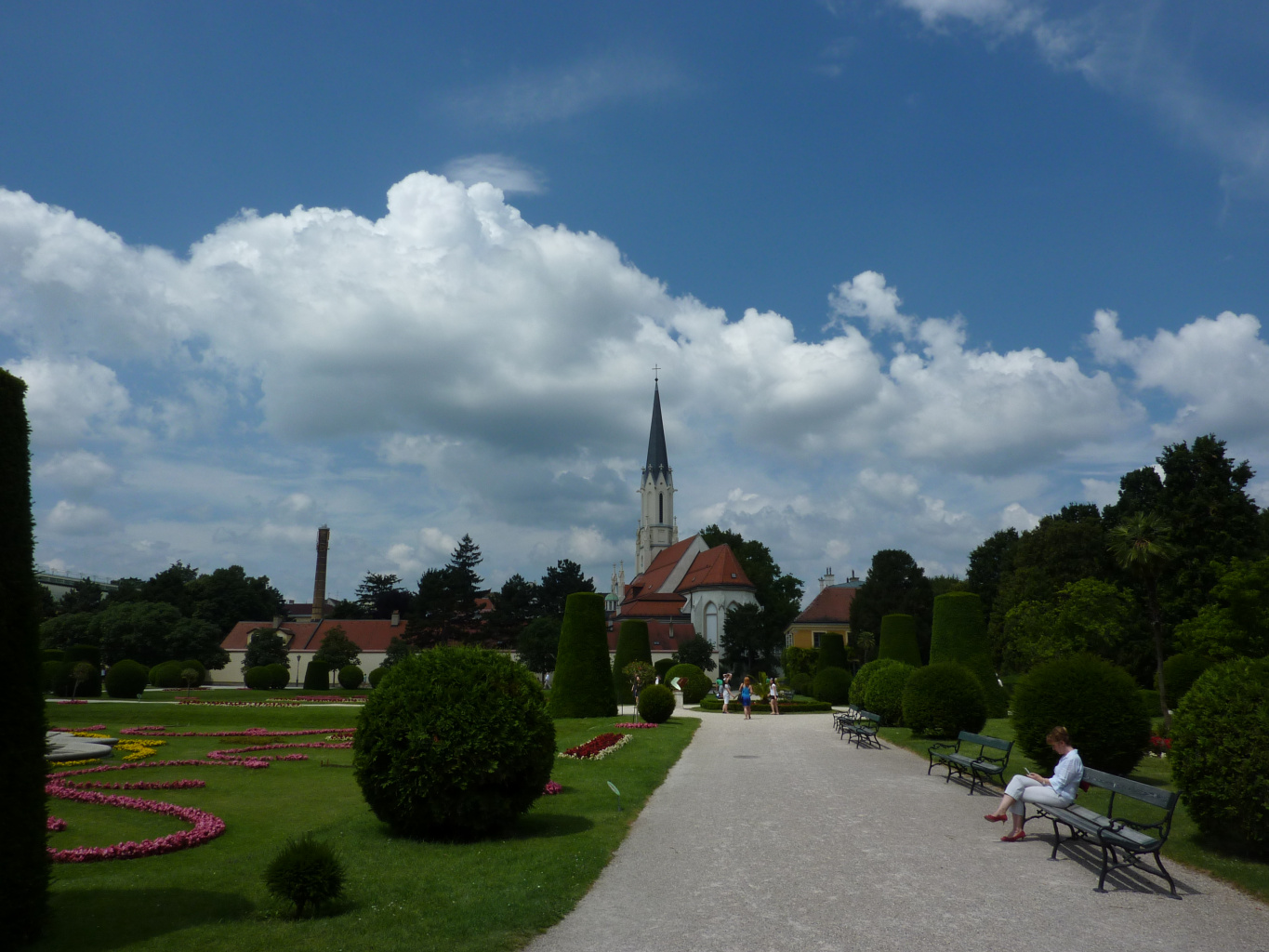