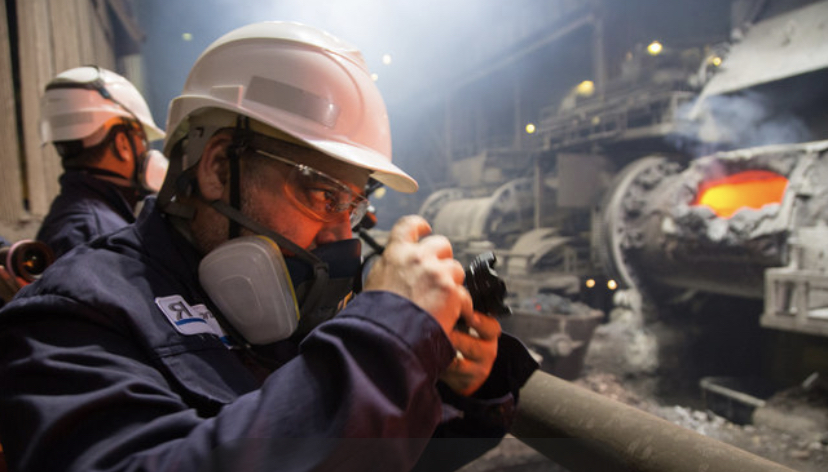 Exactly one year has passed since a group of foreigners visited Norilsk as part of the unique FusioNNow cultural project, the main goal of which is to acquaint the international participants with the Russian North.

The travel bloggers, famous photographers, writers, artists and designers from Portugal, Saudi Arabia, Egypt, Oman, Mexico, Great Britain, Kyrgyzstan, as well as Russia came to Taimyr and shared their stories with their subscribers about travelling across the Arctic and meeting the local people as well as their experiences and knowledge about the local way of life.

The Project programme included a tour of Norilsk and the Copper Factory of the Polar Division of Norilsk Nickel Mining and Metallurgical Company.

The copper Factory plays an important role in the life of Norilsk and its people.

The guests visiting the Russian North were able to see the operation in the workshop and the work of its employees with their own eyes.

Through the camera lens of João Bernardino, an industrial photographer from Portugal, we can immerse ourselves in the indescribable atmosphere of the industrial workshop.


The Copper Factory began its operations back in 1949. The main workshops of the Copper Factory include the melting shop, copper electrolysis one and a elemental sulfur production shop.

Each visitor undergoes a safety briefing, puts on an overall, receives goggles, a helmet, gloves and, of course, a respirator. The converter where copper melts.


The load-haul-dump unit delivers the dry copper concentrate to the ladles, from which it goes to a melting stage. In some furnaces, melting is in progress. After melting, the blister copper is transferred to an anode furnace, after which anode copper is obtained. The Factory works 24 hours a day, 7 days a week - so, Norilsk never sleeps. “In a few days, the polar night will come to Norilsk, and the northern Russian city will be in the dark for 45 days, but it will not sleep. Norilsk lives actively 24 hours a day: buses, cars, people, shops never stop working due to the nature of the Norilsk industry - the work is in shifts, so there are always some people on the streets,” says João Bernardino (Portugal). Norilsk Nickel launched the Sulfur Programme, which is aimed at utilizing the sulfur dioxide to preliminary produce sulfuric acid and then neutralize it with limestone to form gypsum.

As part of this environmental project, the company is modernizing the production facilities at the Nadezhda Metallurgical Plant and at the Copper Factory located in Norilsk.

The programme is expected to significantly reduce the sulfur dioxide emissions in the city.