FUSIONNOW 1: Russian industry from the eyes of foreign travellers 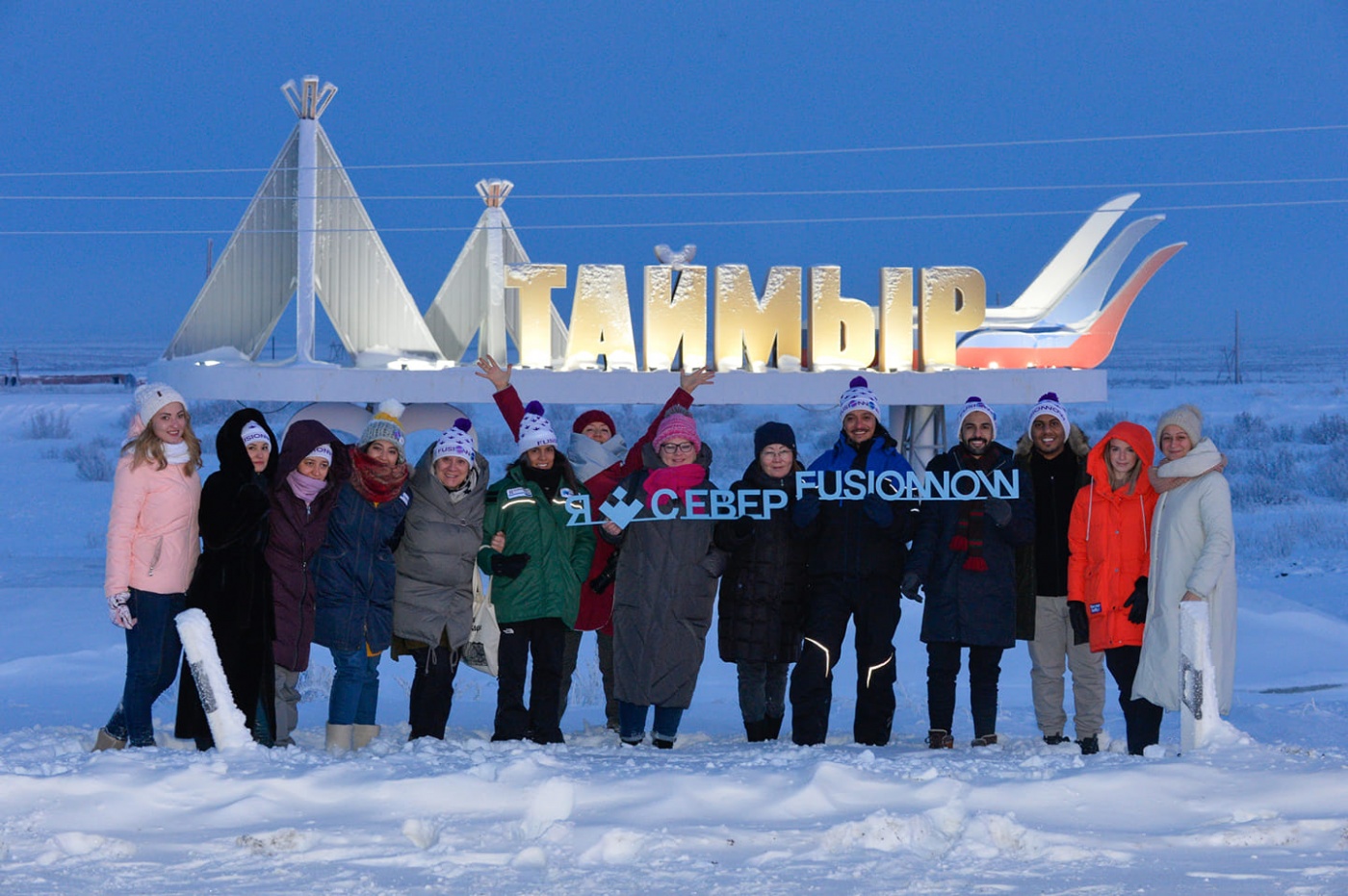 A year ago, Norilsk Nickel launched a unique cultural project FusioNNow, the main goal of which is to give the international participants a chance to see and experience the Russian North. The highlight of the trip to Taimyr was their participation in the ‘Big Argish’ ethnic festival in Norilsk and Dudinka, personal interaction with the people from the Northern indigenous communities, the excursion to the storerooms of the unique museums with ancient relics, and acquaintance with the key projects and venues.

Let's go back a year and remember how it was:

Over 90 years of its existence, Norilsk has become one of the key industrial centres of Russia. It is distinguished by a beautiful downtown with classical architecture and amazing northern nature. “It was my dream to visit the Far North, which came true thanks to the Ethno Fashion Tour! It was an unforgettable adventure, the best in my life! I checked by my own experience what the extremely low temperatures are, I was able to have a personal interaction with the indigenous northern people and even participate in their traditional rituals.

I had the opportunity to take many fantastic pictures, completely different from everything I have photographed before. Thanks for this experience!" 
“Most Norilsk residents work for Norilsk Nickel. Interestingly, the company works in its factories 24 hours a day, 7 days a week, as it is difficult and expensive to stop and restart the production process. Therefore, people always can be seen in the city - at any time of the day or night. They either start their shifts at work or return home.” Dudinka is the capital of the Taimyr Autonomous District, a large city by local standards, with a population of about 20 thousand people.

In the Taimyr Museum of Local Lore, Dudinka, Russia.

“I plan to create a new collection inspired by the stunning details that I saw in Norilsk. The patterns traditional for Taimyr will be combined with the spirit and materials of Egypt. To get a fusion as a result, I will use these two cultures and combine them. I plan that some of the items in the collection will be embroidered and made by the craftswomen from Taimyr, as they have the unique needlework skills. I want to crown the project with fashion shows both in Russia - the country that inspired me to think about this collection - and in Egypt, the country, in which I first came up with the idea of ​​working with ethnic cultures. This will promote the two cultures and reveal their full beauty in the smallest detail.”

Dudinka is one of the northernmost and coldest cities on the planet (in winter the temperature here drops to minus 57oC) and a large sea and river port on the right bank of the Yenisei River. The main enterprise and attraction of the city is the ice-free seaport, which is the sea gate of the world’s largest Norilsk industrial region. In winter, icebreakers prevent ice from forming within the water area. The participants in the tour went on an excursion to the port and made a tour of one of the dry cargo ships, popularly called ‘Arctic carrots’ for their bright orange color.

“A cruise along the frozen Yenisei River beyond the Arctic Circle on a Russian icebreaker at a temperature of minus 32oC! This is the real journey!" “Together with the children of the Enets, one of the indigenous minority - Samoyed peoples of Russia. ... they preserve their language and traditions, despite the fact that today there are only 200 of them Russian mining and metallurgical company ‘Nornickel'. The tour of the factory.

‘Big Argish’ is an annual ethnic festival held with the support of Norilsk Nickel in order to popularize the culture of the indigenous minorities of Taimyr and form a brand of the region for the development of the event tourism. It allows the local residents and guests coming to the region to immerse themselves in the original culture of the Taimyr Peninsula, to get acquainted with the traditions of the indigenous small ethnic communities. In September 2020, the company signed a quadripartite agreement with the civil society organizations representing the interests of the indigenous communities. The support programme offered by this document includes more than 40 events over the next five years. It was drawn up taking into account the wishes of all large communities living in Taimyr. For these purposes, about 2 bn rubles will be allocated. The support measures will make a positive contribution to the construction, medicine, culture, tourism, sports, and other areas.

Taimyr is the Heart of the Arctic (Facebook). The costumes of the ‘Nya Tansa’ community in the ‘Big Argish’ festival. “All the days of the tour, I kept being amazed all the time at the hospitality and goodwill of the local people, as well as the richness of the northern culture. This is an absolutely amazing experience for me!

I consider it extremely important to preserve the cultural traditions of one’s own region. At Rapa Nui (Easter Island), we do this through the development of tourism because it fosters a sustainable interest in the cultural heritage and thus, the social and economic development of the island.

The traditional cultures of Rapa Nui and Taimyr are in some sense similar, since both areas are isolated from the main civilization. Situated on the opposite ends of the earth, both regions still want the same thing - to preserve their cultural identity. And working together can be incredibly productive for both parties.

I am thinking about the possibility of holding the first ever meeting between the representatives of the indigenous minorities of Rapa Nui and Taimyr where we could discuss the importance of local traditions, identify similar challenges and find universal solutions that will help protect the culture of indigenous peoples. We will also be able to share the experience of the social and economic development of the regions through a responsible and sustainable approach to tourism.”

Sebastien Paoa Aguila was a special guest of the tour. He is a unique specialist with extensive experience in the strategy development, marketing and tourism management in Rapa Nui (Easter Island). He held a workshop at the Norilsk Development Agency on the tourism destination planning with the participation of the local communities and indigenous people. This question is becoming more and more urgent in Taimyr.