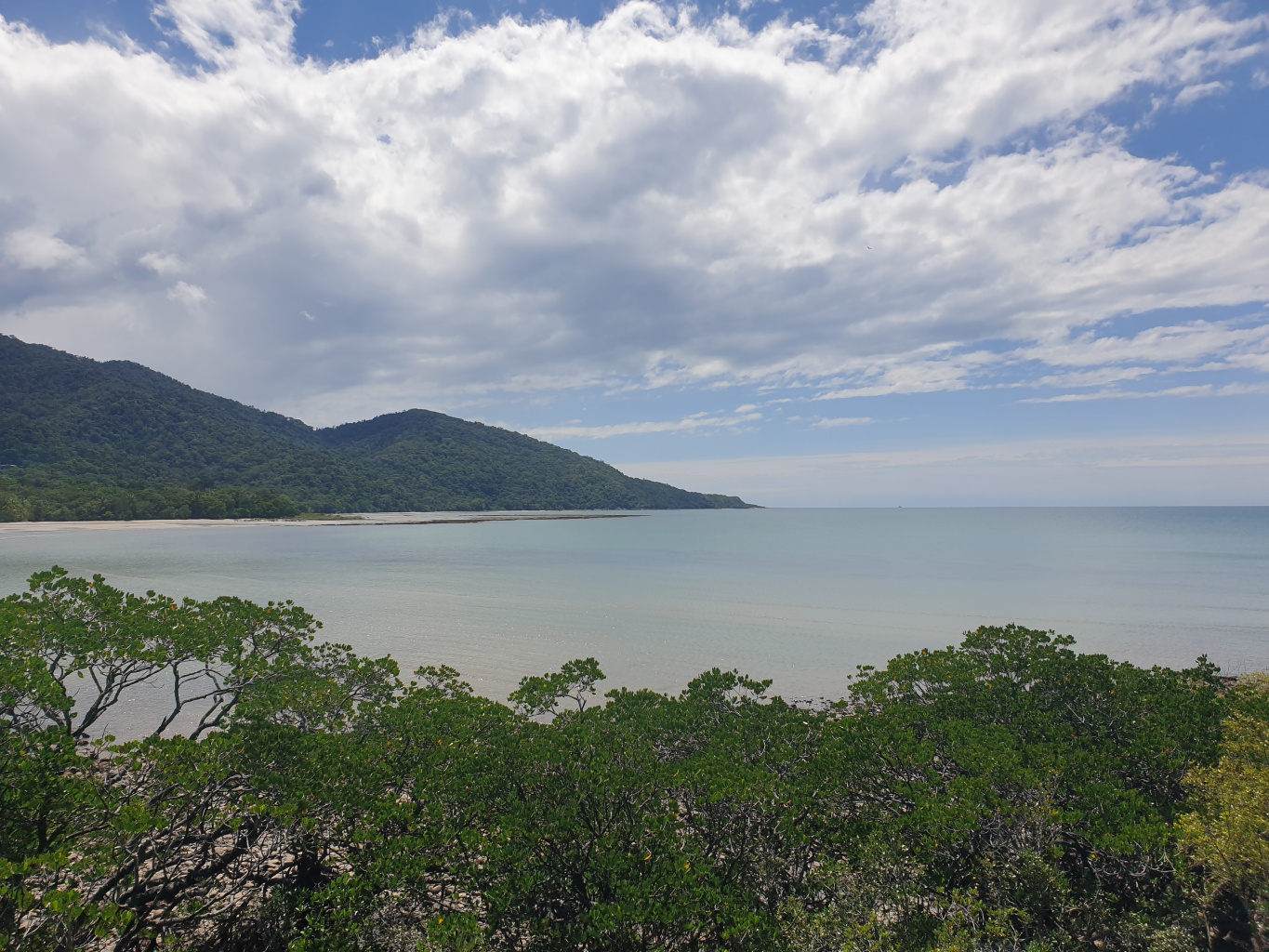 The Daintree National Park, Australia. It was founded in 1981 to protect the last virgin rainforest on the continent, and seven years later, in 1988, became a UNESCO World Heritage Site. This forest has been growing on the northeastern tip of the Australian mainland for over 125 million years and is one of the oldest biomes on the planet. 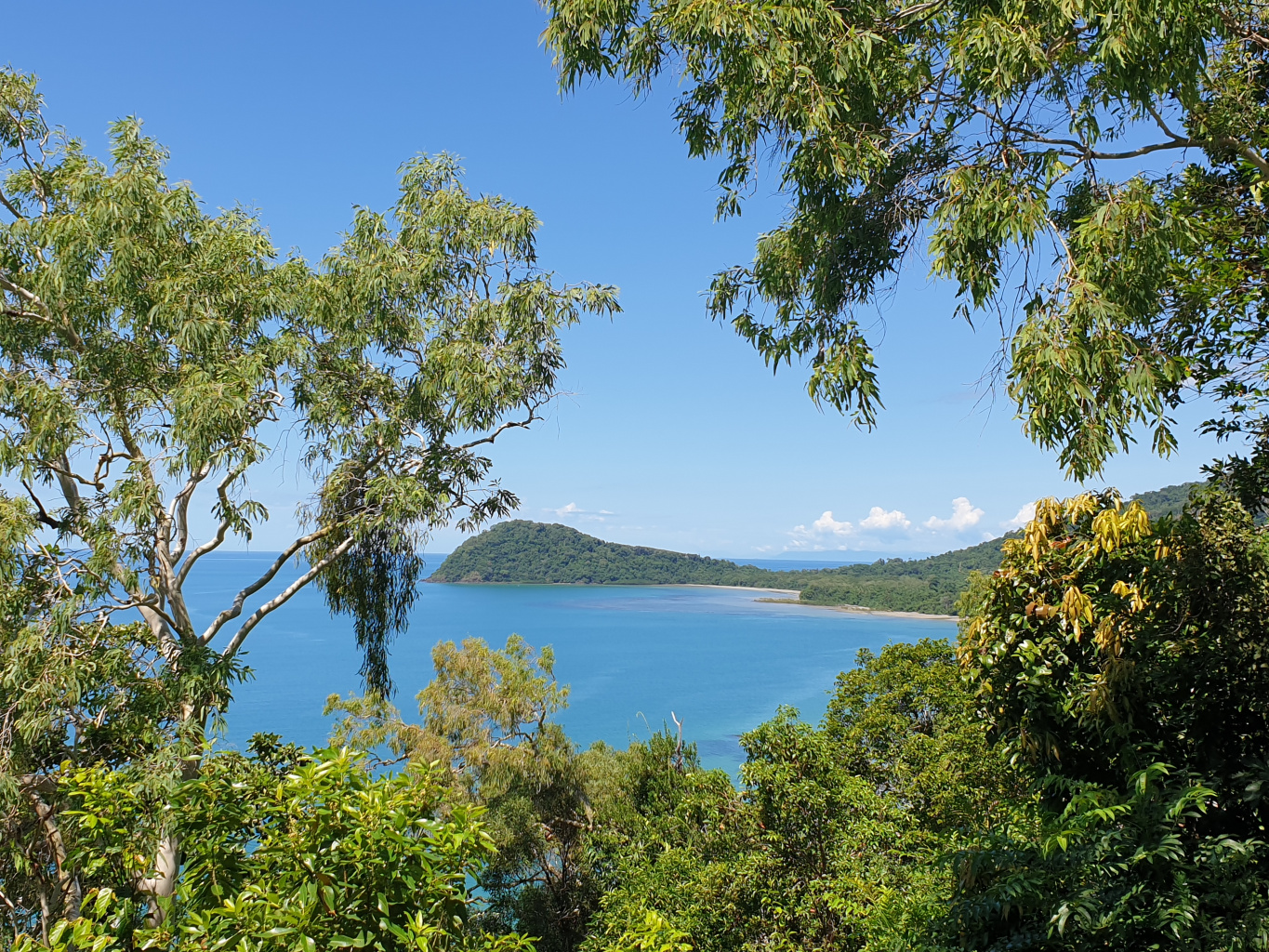 The Daintree National Park is the pearl Australia’s tourist destinations. Here, three “heroic routes” (as the Australians call them) come together - the path to the Great Barrier Reef, mostly unpaved road to Cape Tribulation, and the thickets and mangrove swamps of the Daintree Forest. Here, among lianas and primeval trees, the biological diversity of species in Australia is most widely represented.

It is not easy to get to the virgin rain forest, possibly the last one on Earth. It is far away, even for the Australians who willingly travel across the country and the world a lot. However, any tourist who dares to embark on this journey will be rewarded. There are thousands of places never before imprinted by the foot of man here, and you can see the Australia’s wildlife as it was previously seen by the ancestors of modern aborigines only. 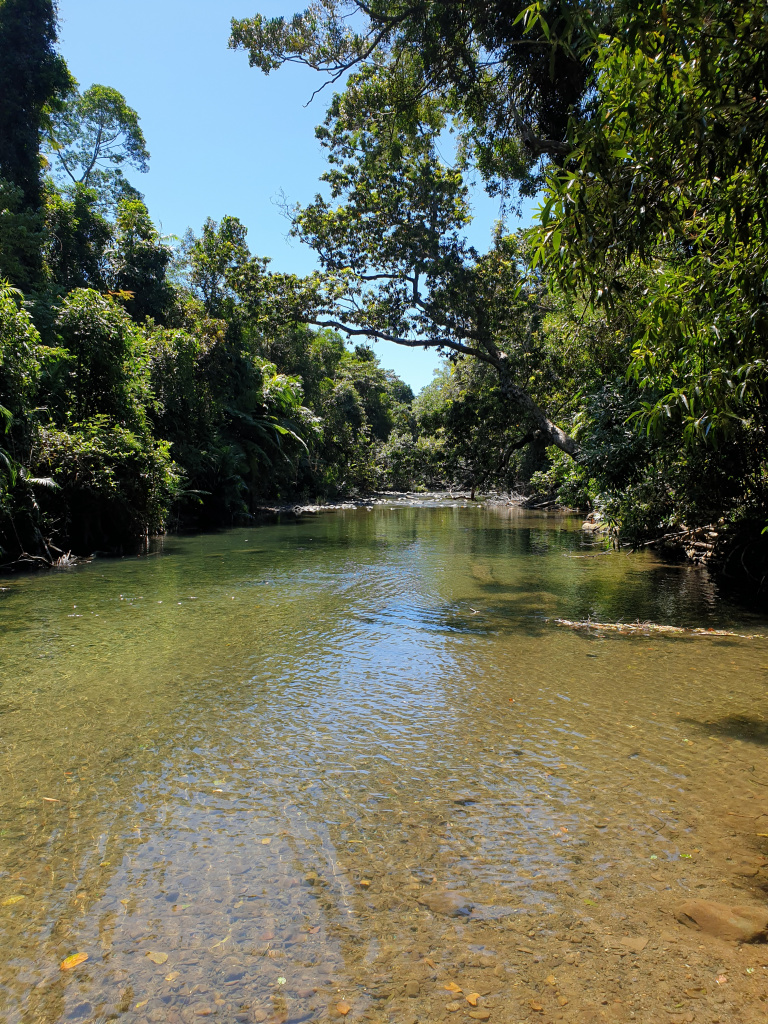 The National Park covering 1,200 sq. km is located on the northeastern tip of the continent, 100 km northwest of Cairns. You can get there by car or by a tourist bus from Cairns, Port Douglas or Townsville where you have to arrive by plane from Brisbane, Sydney or Melbourne. 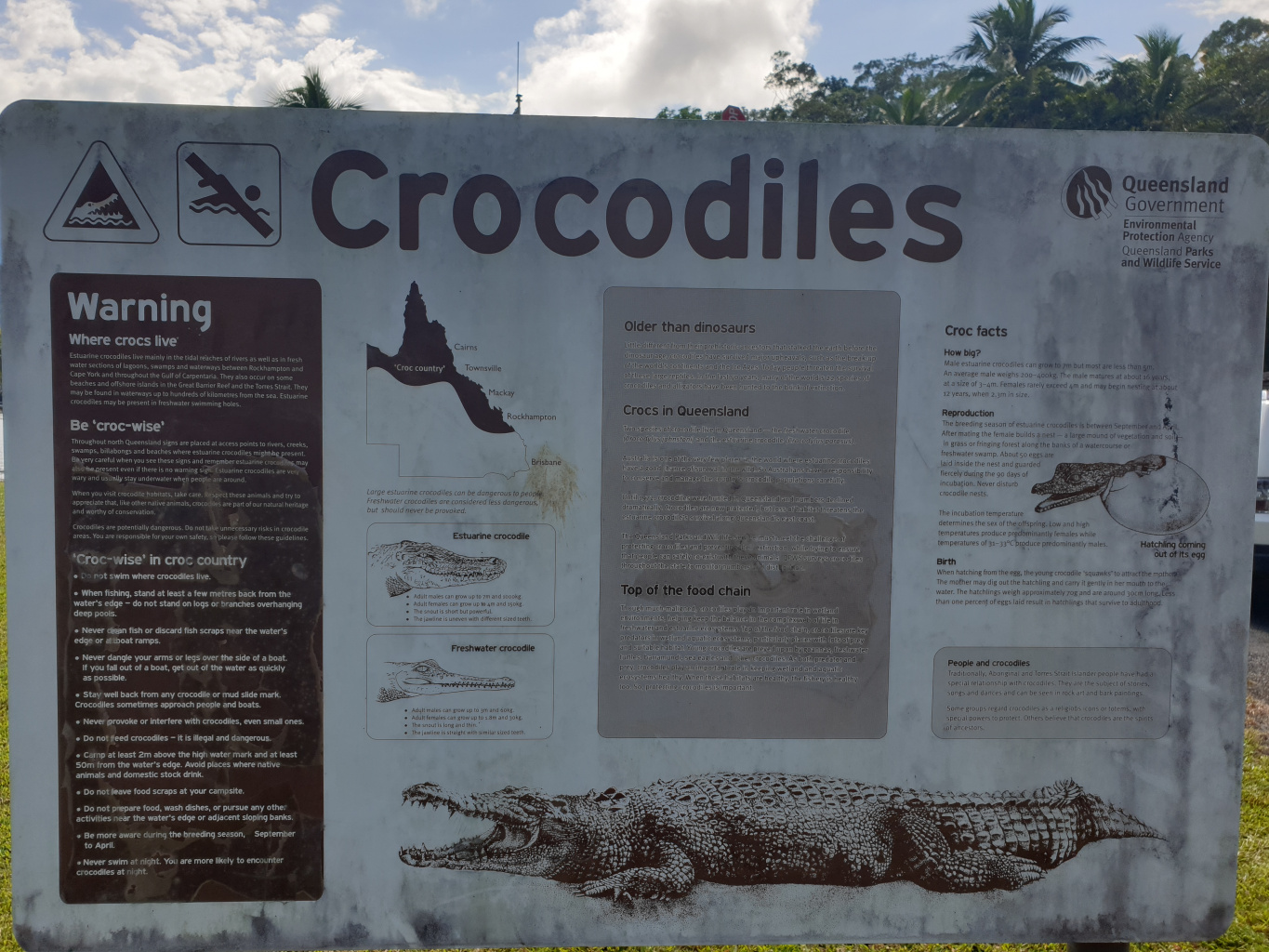 The most stunning and ancient part of the Daintree rainforest lies north of the Daintree River. This fairly wide river infested with saltwater crocodiles (called so for their ability to swim and hunt in the salt ocean water) can be crossed by an old-fashioned cable ferry for just A$8. Then, the virgin rainforest begins. To say that this forest is not like everything that you have seen before is to say nothing. The humid air of the rainy tropics is filled with the songs of hundreds of invisible birds, amazing huge black-and-blue butterflies fly up from under your feet every now and then, and golden orb-weaving spiders (the size of a large plate) sit between the trees in the centre of huge cobwebs. 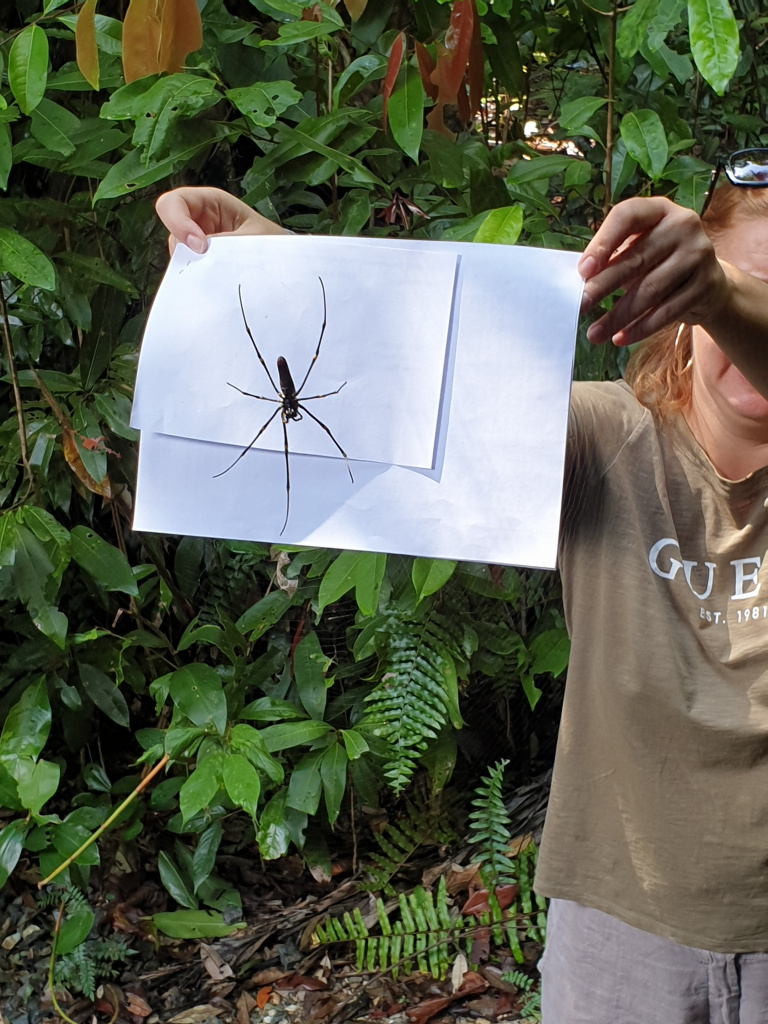 The Daintree Park is the habitat of many marvelous creatures, but people come here to see mainly the cassowary. Here, these aggressive birds feel calm and even allow people to watch them, however, from a rather long distance. Quite of a sudden, you can see some cassowary males walking their chicks in the wet thickets (the females of these ancient flightless birds consider themselves completely free immediately after laying one or two eggs, the “fathers” only are responsible for hatching eggs and raising the chicks). 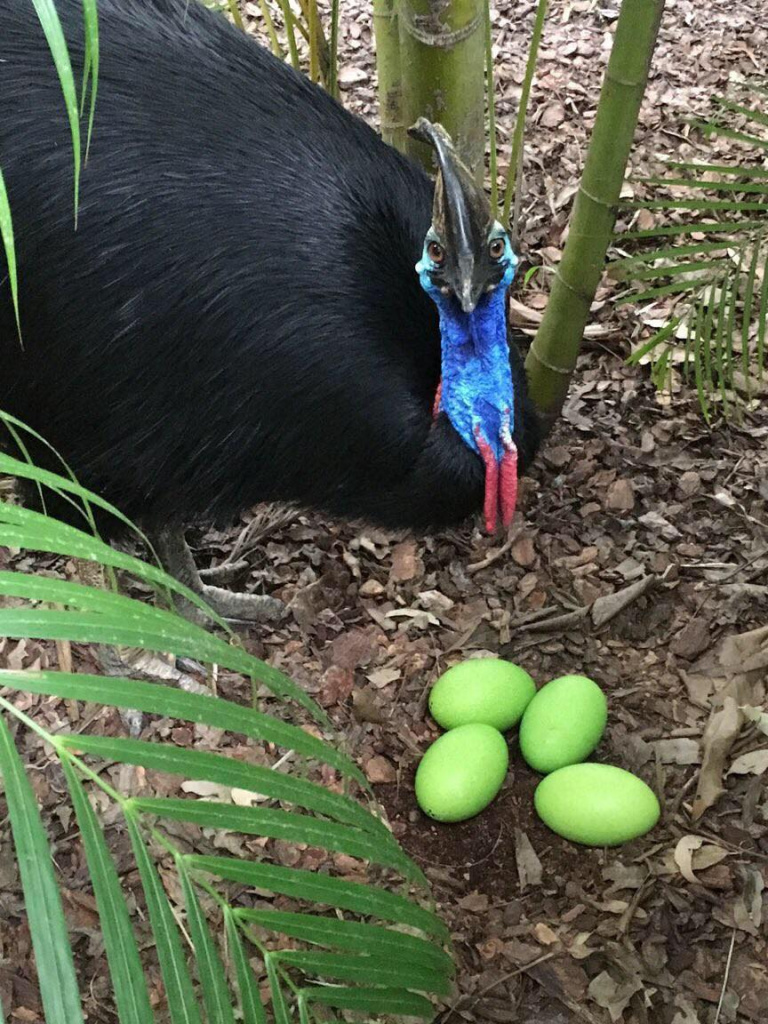 Everyone who comes to the Daintree Park receives a briefing - there are much fewer birds than tourists, and it is strictly forbidden to disturb them when you watch them. When you see a cassowary, you should “respectfully stay put”, waiting for the bird to go further. However, this advice is given not to disturb the birds and also to protect tourists as cassowaries can take your behavior as an attack and immediately attack the people, and there have been cases when they injured or even killed unwary tourists.

However, the cassowaries are far from all that the Daintree National Park has to offer. It is home to many exotic animals, such as tree kangaroos, possums, snakes (including very poisonous ones), birds and reptiles. It’s simply impossible to name all of them, and the eco-hotels in the Daintree village offer a variety of opportunities to their guests to see day and nocturnal-habit animals. Indeed, many tourists come here to watch them.

The Daintree Village, like the neighbouring town of Mossman, is Australia’s flagship eco-tourism destination. There are no usual hotels and resorts in the National Park. In a dense forest, small camps are scattered for those who would like to take a break from civilization. As Stephen Windsor, the owner of the oldest Daintree Crocodylus eco-retreat, told us, they built a standard modern hotel here once, but the attempt failed because the tourists who are eager to enjoy the atmosphere of a primeval forest showed no interest in the “civilized apartments”.

The cost of rooms at the Daintree Village hotels can be a pleasant surprise to a tourist who arrived in Australia and saw the local prices. However, you should be prepared that no very high-level comfort will be offered to you. Without exception, all the hotels in Daintree are eco-friendly. The rooms have the really necessary minimum of amenities only (and mains outlets are not among them) and everything is very simple, but the fabulous nature surrounding the houses, and sometimes tents, are worth leaving your comfort zone for at least a few days.

The Daintree River is the heart of the National Park. One of the continent’s largest rivers, it begins in the mountains of the Great Dividing Range and flows to the coast of the Coral Sea, where, thanks to its fresh water, mangroves and the corals of the Great Barrier Reef in the Cape Tribulation area come together. The unique coast of the Cape will be discussed in the next part of the blog.