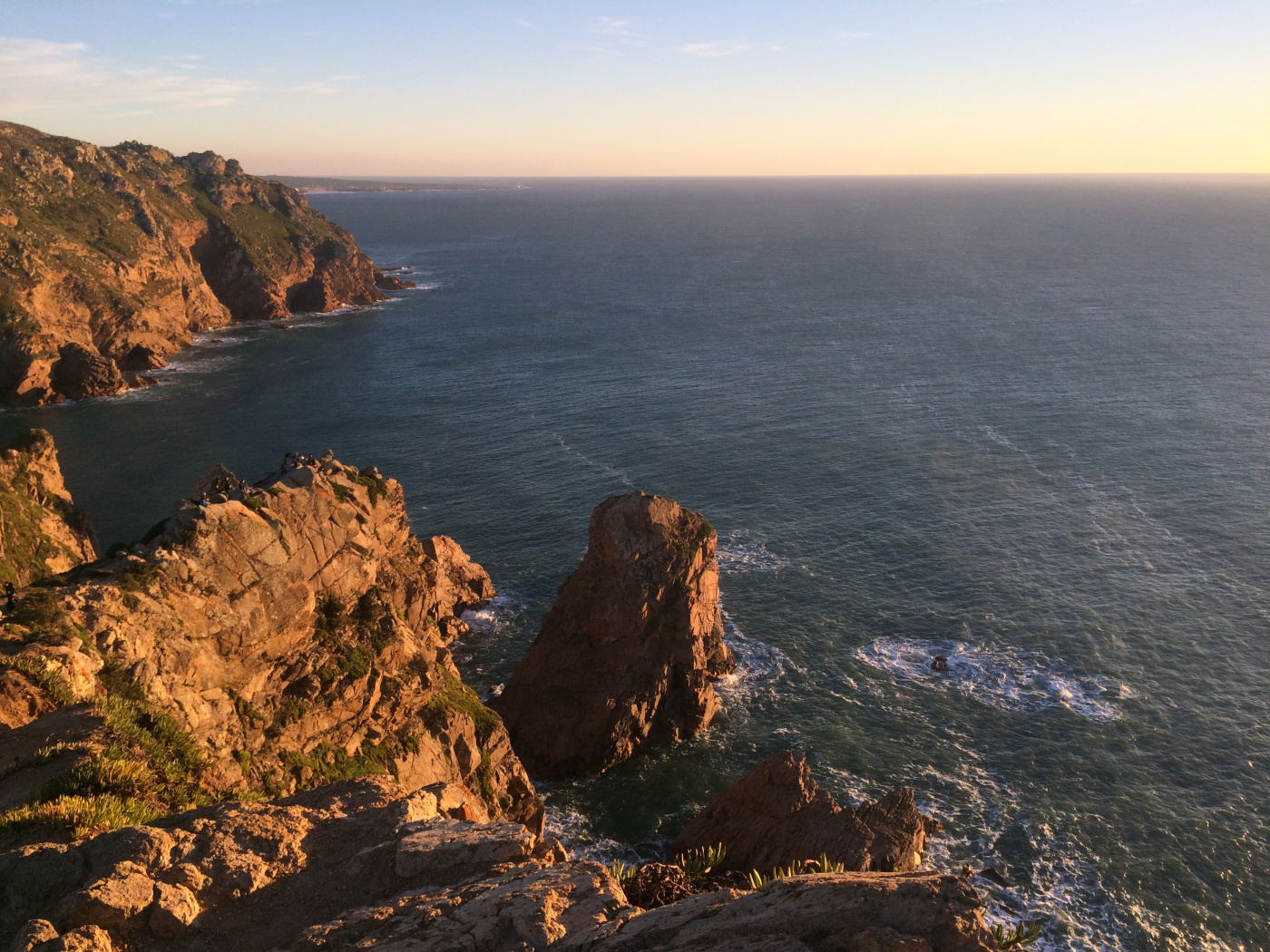 George Pankov
exclusively for EcoTourism Expert
04-20-2022
Portugal does not look as a country on the fringes of Europe at all. Both Porto and Lisbon are more like the “gates of Europe”, the crossroads of the sea and road routes connecting the Old World with the rest of the world.

A quick tour of Europe

The main difference that you notice at once is that in Spain, people are ready to answer your questions almost exclusively in Spanish, in Portugal, there is no language problem at all, as the Portuguese speak English almost everywhere, and very often they speak French, too. However, while the knowledge of English for the people of a small country located at the world’s crossroads is explained by their reasonable pragmatism, their good attitude to France seems to have mostly romantic connotations. I even met an explanation that the name of the country came from the “Port of the Gauls”, and one of the symbols of Portugal is a rooster very much resembling a Gallic rooster. 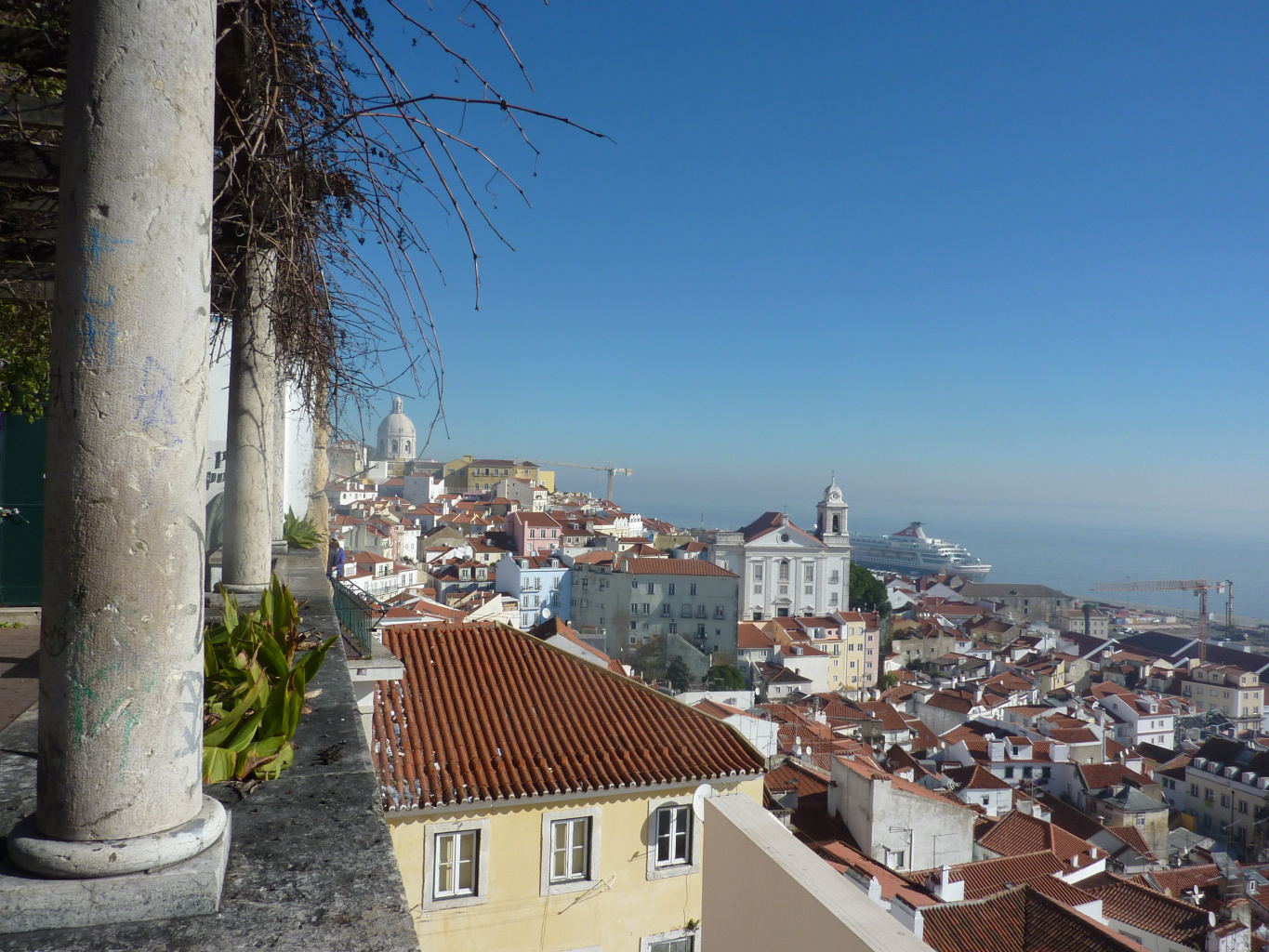 If you come to Porto without prior preparation, you will be extremely amazed by this fantastic city. Huge elevation changes, vintage surreal bridges, Portuguese Rabelo boats dancing on the waves along the Douro River bank evoke a feeling of unreality of everything that is happening around. In addition, fogs are very frequent here, further adding to the mystery.

Porto is the country’s first capital and a well-preserved medieval city. The bridges across the river connect two parts of the city, one of which is formally Porto itself, and the other is its satellite town Vila Nova Di Gaia where there are cellars with different brands of the famous Portuguese port. Both wine tasting and walking through the picturesque surroundings of Porto promise an unforgettable experience. 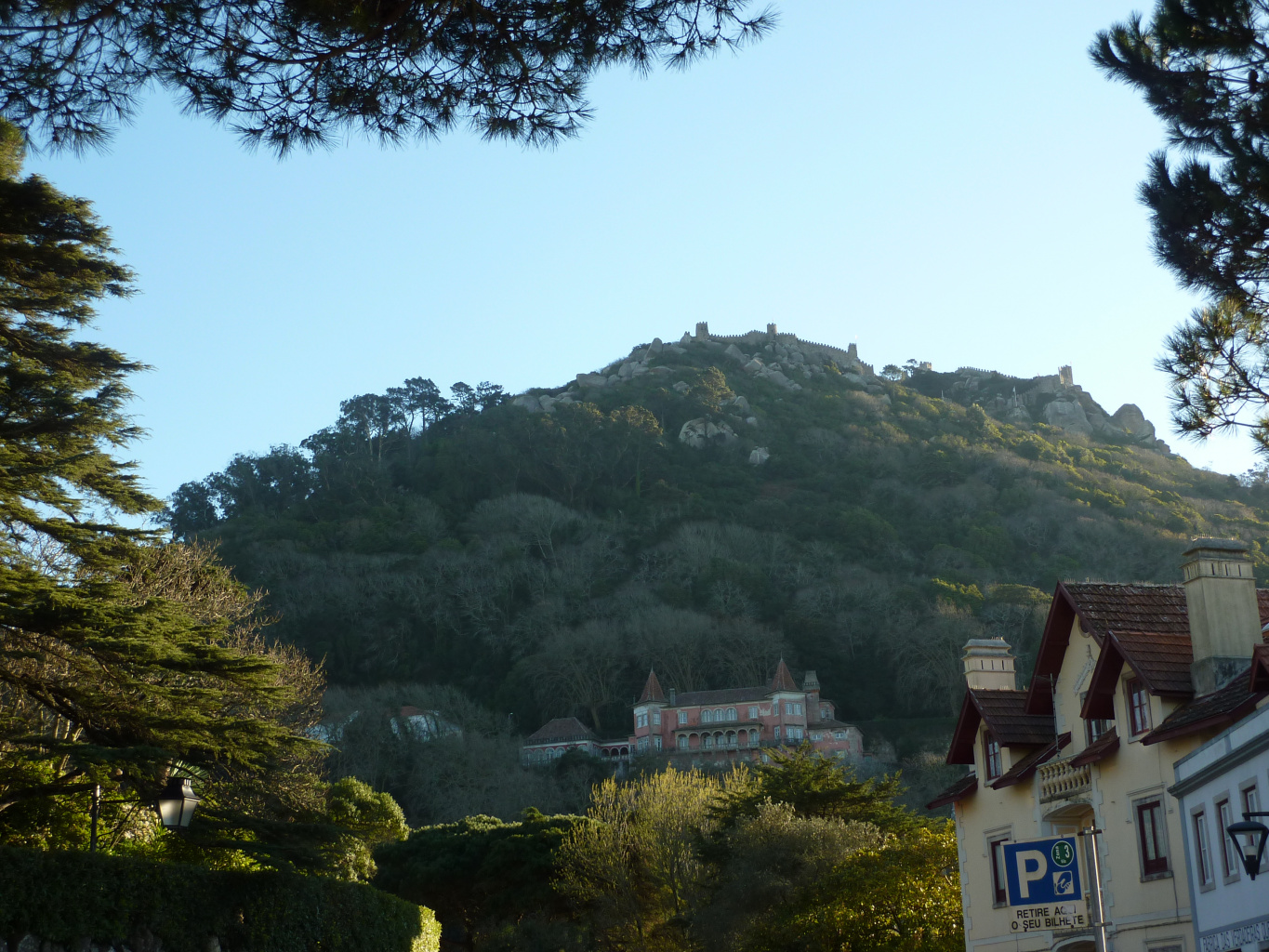 The main bridge of Porto - the Luis I Bridge - is worth a separate story as it is the best viewing deck to admire the city and the Douro Valley. In addition, the bridge itself is the most important attraction. It was built by the Eiffel’s student Théophile Seyrig, so its high spans and delicate laced decorations remind very much of the famous French Eiffel Tower, “lying on its side” as the Portuguese joke. There is also another association with France. The bridge over the Douro River named after Maria Pia of Savoy and having today the status of a national monument was built by Gustave Eiffel himself.

Among the must-see places in Porto, in addition to a variety of bridges and the sights along the embankment, are the Porto’s riverside quarter known as the Ribeira, the Carmo Church (Igreja do Carmo) with huge panels decorated with Azulejo tiles (which looks similar to the Dutch Delftware, also known as Delft Blue, and some people find it looks similar to the Russian Gzhel), the Clérigos Bell Tower, and the town hall area.

In general, Porto does not look like a luxury city as many of its streets and houses need to be renovated. But the city has its style and is quite original. In addition, there are such amazing cities nearby as Braga and Coimbra. Braga is famous for its temples, and Coimbra is famous for its university, one of the oldest ones in Europe. I recall the famous Portuguese expression “While Porto is working, Coimbra is studying, Braga is praying, and Lisbon is having fun”.

Just after about 3 hours by train, which is something between a regular train and the “Sapsan” in Russia, you can arrive in Lisbon. While Porto is a one-of-a-kind city, the modern capital of the country seems very familiar from the first minutes. 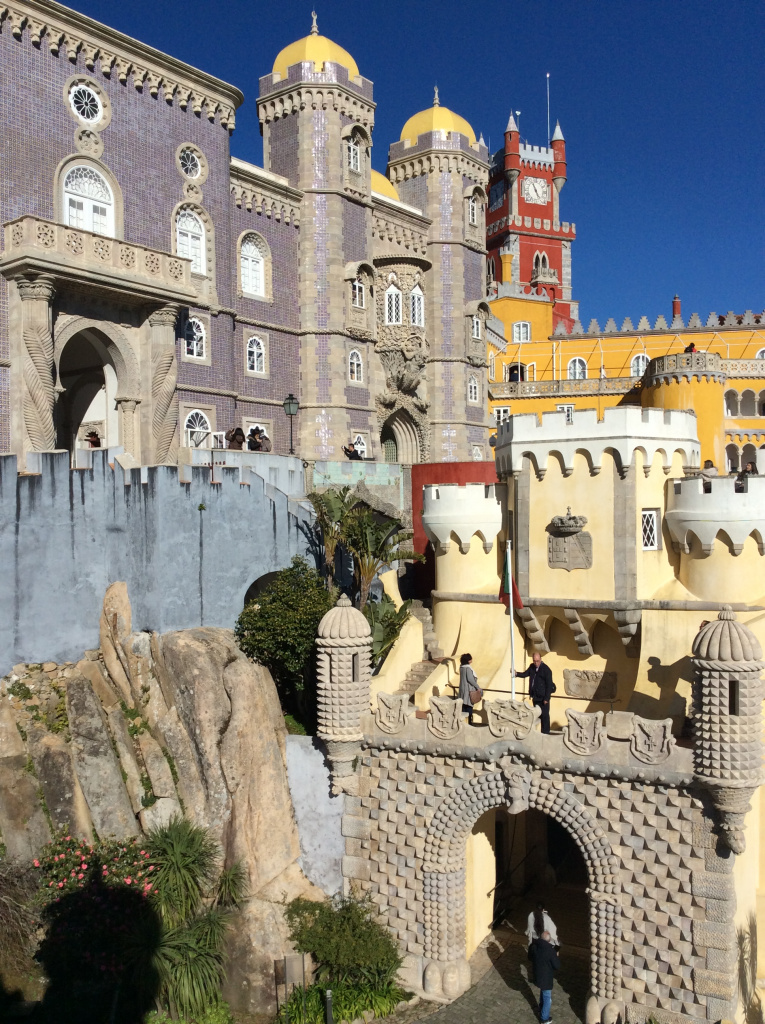 As befits the “gates of Europe”, probably, Lisbon looks similar to a dozen of other European capitals at first sight. At the same time, the city also has its peculiar features, and it seems that Lisbon located on the hills is slowly descending to the sea. On the Commerce Square (Praça do Comércio), which is a vast waterfront square, one can feel it slightly resemble the St. Mark’s Square (Piazza San Marco) in Venice.

In Venice, the main mode of transport is a gondola, and in Lisbon, as well as in Porto, it is a tram. The route of the old Lisbon tram No. 28 - a great alternative to a sightseeing tour - can help you see many attractions of this stunning city. Besides the Commerce Square, I was most impressed by the Jerónimos Monastery (Mosteiro dos Jerónimos), the Belém Tower (Torre de Belém) and the Graça's viewpoint (Miradoru da Graça), a splendid terrace offering a panoramic view of the city. Among the large number of beautiful squares, streets and parks, everyone can find their own “gem” in this city.

The main point of our trip, Cape Roca (Cabo da Roca), is not far from Lisbon. I advise you to visit it not from Lisbon, but from the neighbouring town of Sintra. It is a very cozy and well-kept town with many attractions, and it is also very convenient to go to the most beautiful places in Portugal, including the stunning palace - Quinta da Regaleira, the Pena Palace (Palácio da Pena), the Castle of the Moors (Castelo dos Mouros), Convent of the Capuchos (Convento dos Capuchos), and many others. It should also be mentioned that Sintra with its surroundings is classified as a World Heritage Site by UNESCO.

Cape Roca is worth visiting not only as the extreme point of Europe. The Cape on a 140-metre cliff offers a unique view of the Atlantic Ocean and allows the travellers to feel the ocean’s power and strength, its huge waves beating against the rocks. The Portuguese are a nation of great sailors; they obviously have this element in their blood as well as the knowledge of the peculiar features of the local terrain. Tourists, on the other hand, are strongly advised to observe the rules and not go behind the fences or approach dangerous cliffs. 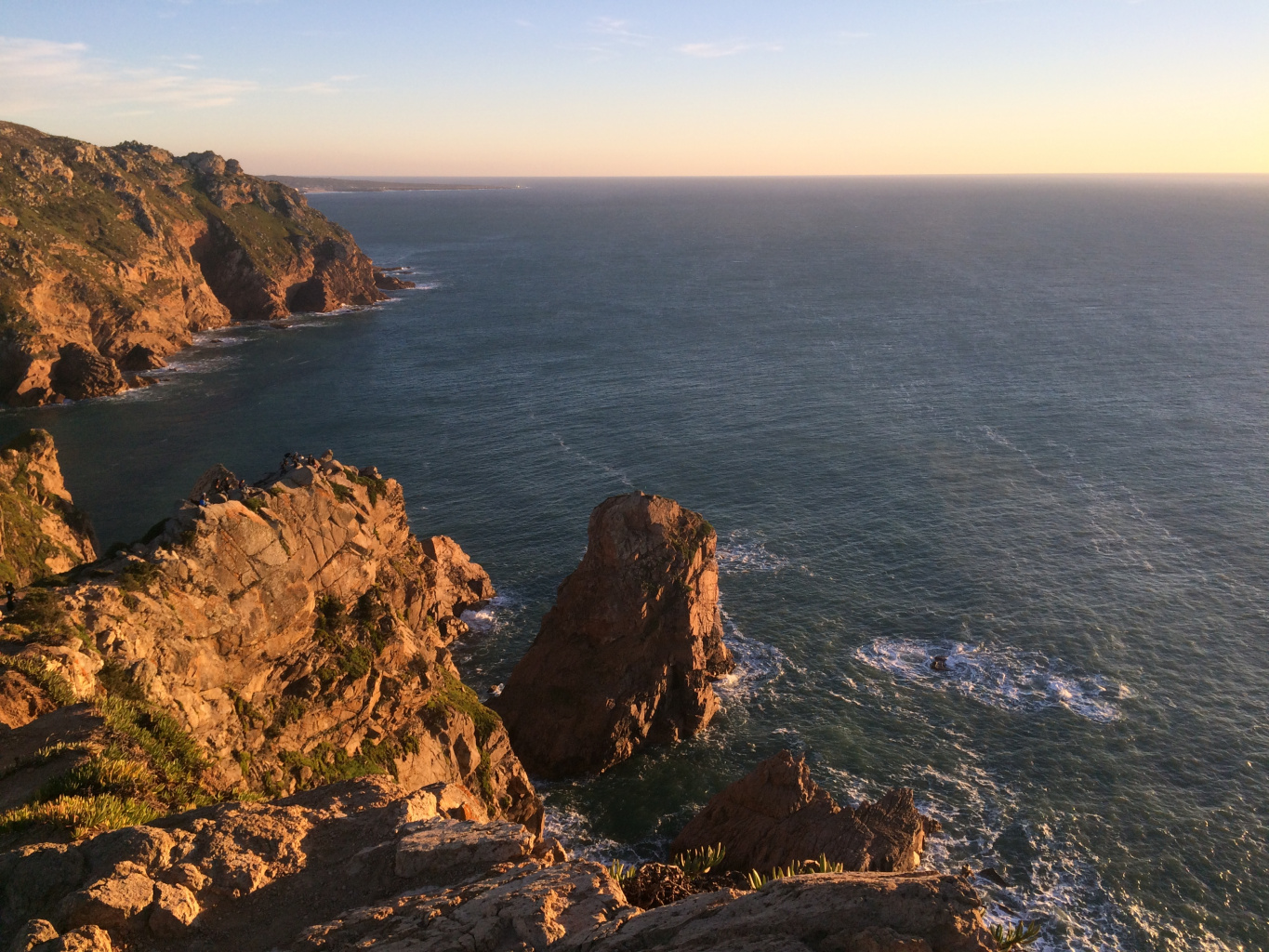 It is a particular pleasure to watch the sunsets on the Cape imagining how all of Europe is being plunged into darkness with the last ray of the sun. A huge crowd of tourists from all over the world usually comes here to enjoy this impressive moment. As soon as the Cape plunges into the blackest darkness and a cold wind starts blowing, the tourists quickly rush to the bus station not to miss the last bus.

At the same time, not only this tourist “patch” of the Cape is interesting. It is much more pleasant and interesting to walk near this place in the Sintra-Cascais Natural Park stretching for many kilometres. It has an extensive network of hiking trails, beautiful viewing decks and downhill paths to secluded white sand beaches where the tourists can sunbathe and swim in the ocean in summer. We visited the Cape in January, but the sun was shining brightly and it was quite warm. In any case, whether you come to the Cape Roca in summer or winter, you will have an unforgettable experience.