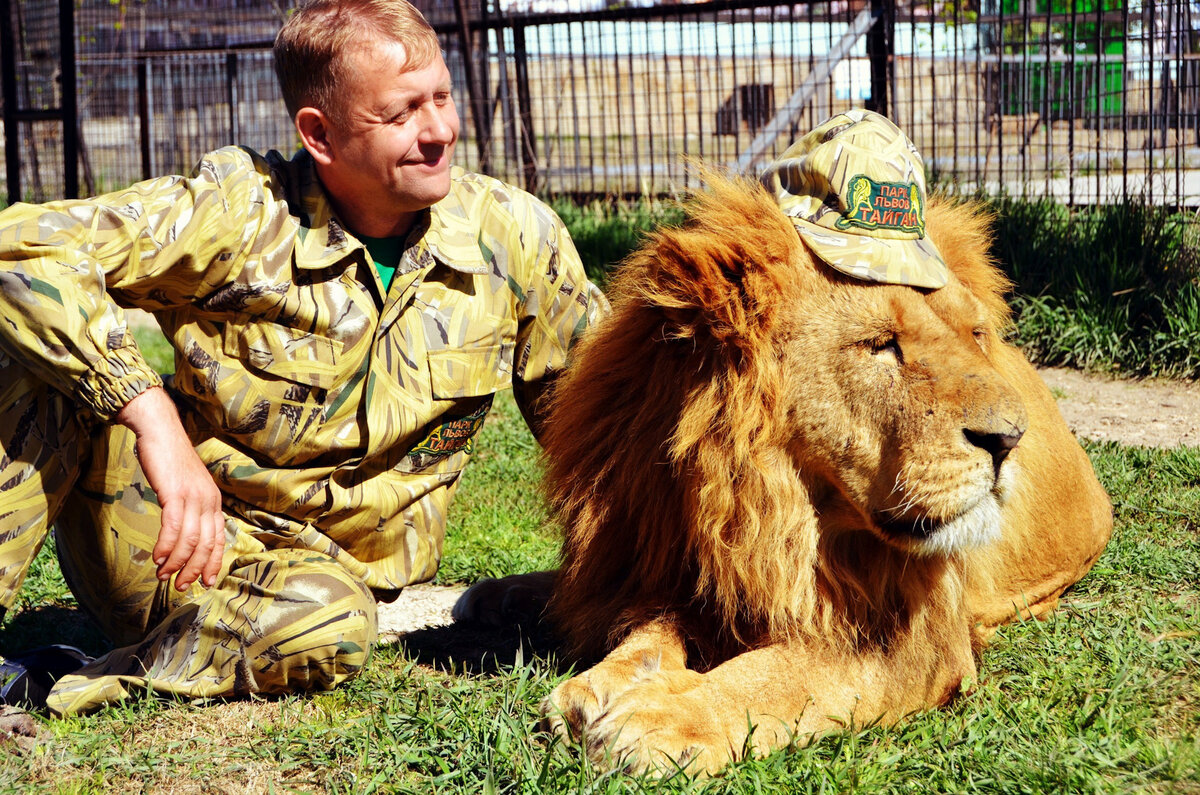 The famous Crimean safari park with lions "Taigan", one of its kind in Russia, reopened to visitors after six months. Now, according to the director of the park, Oleg Zubkov, there are hundreds of Crimean visitors every day who are still observing the mask regime and social distancing. Since July 1 numerous guests from mainland Russia are expected here - when Crimea opens its borders.

Safari Park "Taigan" - a private lion park - has the largest collection of predators in Europe and is located in the Belogorsky district of Crimea. About 60 lions live here in freedom, including rare white species. The territory covers 32 hectares, about 20 hectares are reserved for the lions safari park, the rest of the area is a stationary zoo and a children's contact zoo. The Taigan has been closed since December 2019 - at first it could not work due to lengthy lawsuits, and then quarantine measures due to coronavirus.

“We survived, preserved and increased the number of species: new lion cubs, jaguars, bison and monkeys were practically getting born every day,” Oleg Zubkov said. According to him, the park eliminated all previously identified violations. Zubkov also emphasized that the situation with the work of the park is under control of the Crimean authorities, with whom they reached complete understanding.

An adult ticket to a private safari park "Taigan" now costs 1000 rubles, and 500 for a child. There are no discounts and benefits for the visitors.

Eugenia Karmalito
# Crimea
More
07-06-2020
«Bear Islands» reserve created in Yakutia, Russia
Russia has created a new reserve - «Bear Islands» (or The Medvezhyi Islands)
07-06-2020
RGO and the Northern Fleet open an expedition to the Arctic archipelagos
The Russian Geographical Society and the Northern Fleet announce a competitive selection of participants on an expedition to the Arctic archipelagos
07-06-2020
Joali Maldives to reopen on Aug 1 with a private island buyout offer
Joali Maldives is reopening its doors to visitors on August 1, and the luxury resort is offering a private buyout option
07-03-2020
Altai Republic opened for tourists
The Day of the Altai Republic is marked by its opening for tourists
07-03-2020
Teberda Nature Reserve is preparing for the opening
Teberda Nature Reserve, located in the Karachay-Cherkess Republic, has begun preparations for the opening of its ecological trails and paths
07-03-2020
Rzhev Memorial opened for tourists
On the opening day for tourists of the Rzhev Memorial Complex on July 1 was visited by about 10 thousand people
Exclusive
Suzdal is preparing to celebrate its 1000th anniversary the best way
﻿Once the cultural and political centre of ancient Russia, Suzdal is annually visited by about 1.5 million tourists
Expert Reports
Cambodia’s tourism sector looks for growth avenues despite COVID-19 disruptions
In 2020, due to the drastic drop in international tourist arrivals the country can lose about $3 billion