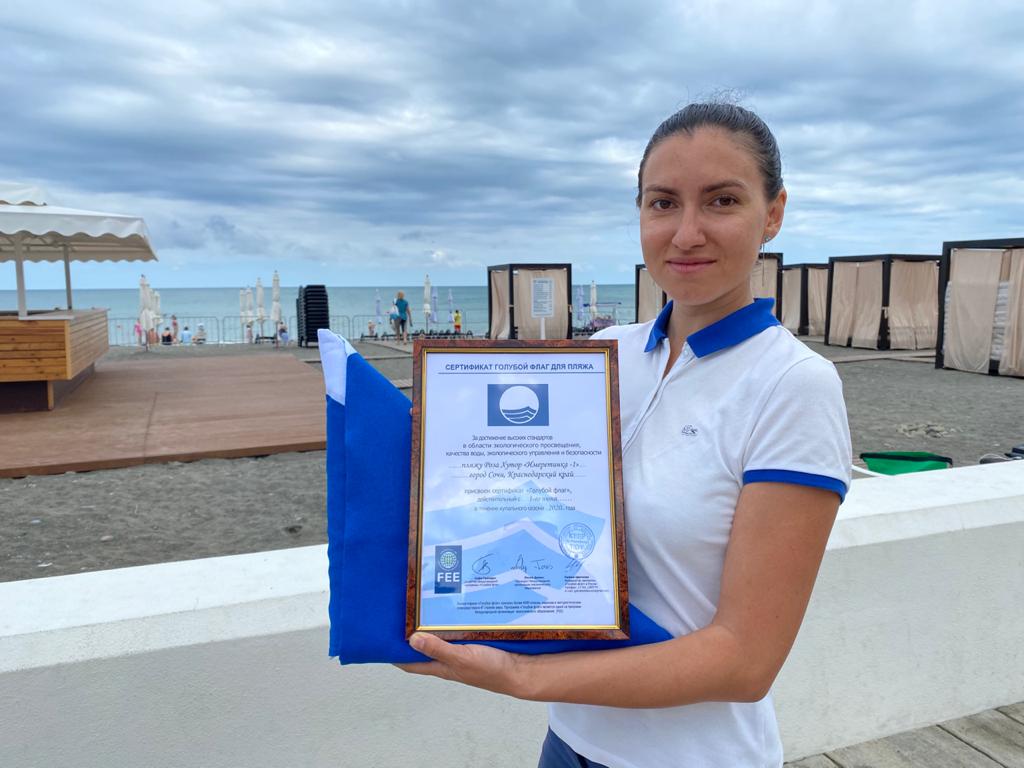 The international annual award has recognised the best beach areas in the world since 1987. It looks at the cleanliness of the coast and coastal waters, the compliance of beaches with high safety and environmental standards. As the head of the city of Sochi, Alexei Kopaygorodsky, said, the restrictions associated with the pandemic are gradually being removed, the city is ready to receive guests. Today in Sochi there are more than 30 thousand tourists who are accommodated in hotels, resorts, and, of course, go to the beaches, the mayor noted.

The standards include the coronavirus pandemic prevention requirements. On the beaches of Sochi, special treatment of the territory and equipment has been organized, employees are being tested, sun loungers are spaced at the required social distance. The head of the Ministry of Resorts, Tourism and Olympic Heritage of the Krasnodar Territory Svetlana Balaeva emphasized that the territories comply with all the requirements of Rospotrebnadzor regarding the beach infrastructure; the resort is ready to ensure the safety of guests.

Igor Sizov
# Sochi
More
07-06-2020
«Bear Islands» reserve created in Yakutia, Russia
Russia has created a new reserve - «Bear Islands» (or The Medvezhyi Islands)
07-06-2020
RGO and the Northern Fleet open an expedition to the Arctic archipelagos
The Russian Geographical Society and the Northern Fleet announce a competitive selection of participants on an expedition to the Arctic archipelagos
07-06-2020
Joali Maldives to reopen on Aug 1 with a private island buyout offer
Joali Maldives is reopening its doors to visitors on August 1, and the luxury resort is offering a private buyout option
07-03-2020
Altai Republic opened for tourists
The Day of the Altai Republic is marked by its opening for tourists
07-03-2020
Teberda Nature Reserve is preparing for the opening
Teberda Nature Reserve, located in the Karachay-Cherkess Republic, has begun preparations for the opening of its ecological trails and paths
07-03-2020
Rzhev Memorial opened for tourists
On the opening day for tourists of the Rzhev Memorial Complex on July 1 was visited by about 10 thousand people
Exclusive
Suzdal is preparing to celebrate its 1000th anniversary the best way
﻿Once the cultural and political centre of ancient Russia, Suzdal is annually visited by about 1.5 million tourists
Expert Reports
Cambodia’s tourism sector looks for growth avenues despite COVID-19 disruptions
In 2020, due to the drastic drop in international tourist arrivals the country can lose about $3 billion