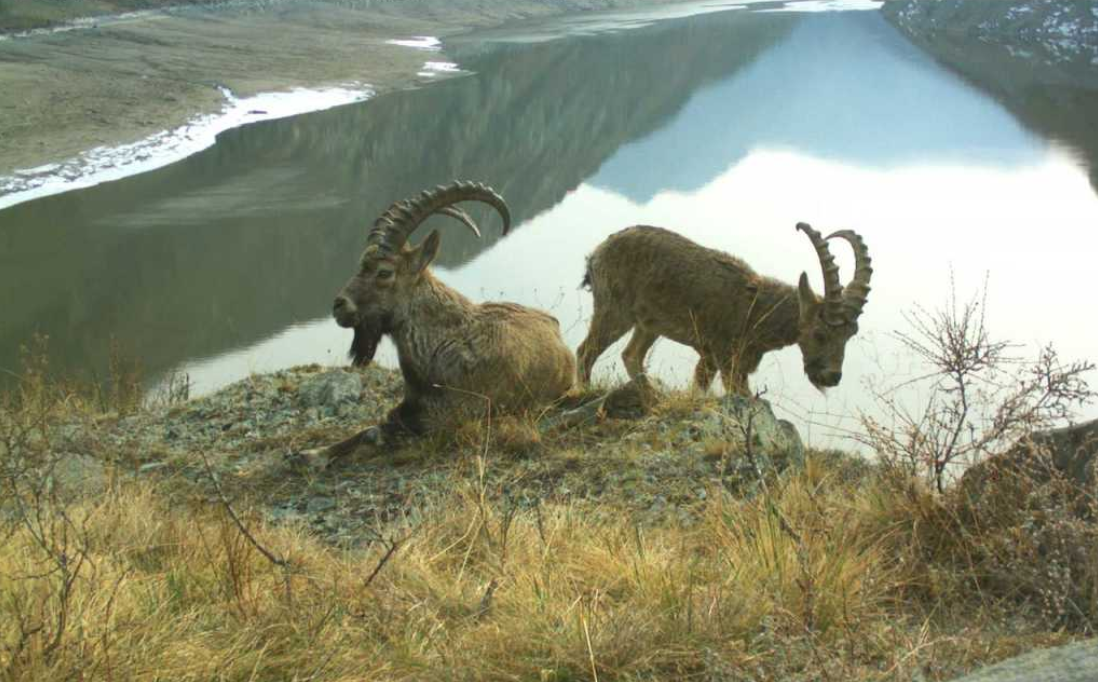 The Sayano-Shushensky Nature Reserve, located in the south of the Krasnoyarsk Territory, recorded an absolute record for the number of Siberian mountain goats - 874 species, about 200 more goats than in 2018 and 2019.

The estimation was carried out from the boat in the early morning hours, when animals, mainly females with baby goats, descended to drink water. Inspectors managed to register 93 groups of capricorns. Females are more fertile this year - they more often than usual brought twins. According to zoologists, due to the warm spring the cubs began to appear very early - already in early April.

“The reason for this increase in numbers is the formation of a stable snow cover in the fall - later than usually, successful passage of the rut, early snow melting, and a warm spring without prolonged frost and rainfall,” said Roman Afanasyev, senior researcher at the reserve.

In the spring-summer season, females with kids are predominant on the route. Since males at this time of the year are mainly located in the highlands and do not go down to the water reservoir, the reserve staff will count them in the fall, when the animals form mixed herds during the rutting season.

Eugenia Karmalito
# Russia
More
07-06-2020
«Bear Islands» reserve created in Yakutia, Russia
Russia has created a new reserve - «Bear Islands» (or The Medvezhyi Islands)
07-06-2020
RGO and the Northern Fleet open an expedition to the Arctic archipelagos
The Russian Geographical Society and the Northern Fleet announce a competitive selection of participants on an expedition to the Arctic archipelagos
07-06-2020
Joali Maldives to reopen on Aug 1 with a private island buyout offer
Joali Maldives is reopening its doors to visitors on August 1, and the luxury resort is offering a private buyout option
07-03-2020
Altai Republic opened for tourists
The Day of the Altai Republic is marked by its opening for tourists
07-03-2020
Teberda Nature Reserve is preparing for the opening
Teberda Nature Reserve, located in the Karachay-Cherkess Republic, has begun preparations for the opening of its ecological trails and paths
07-03-2020
Rzhev Memorial opened for tourists
On the opening day for tourists of the Rzhev Memorial Complex on July 1 was visited by about 10 thousand people
Exclusive
Suzdal is preparing to celebrate its 1000th anniversary the best way
﻿Once the cultural and political centre of ancient Russia, Suzdal is annually visited by about 1.5 million tourists
Expert Reports
Cambodia’s tourism sector looks for growth avenues despite COVID-19 disruptions
In 2020, due to the drastic drop in international tourist arrivals the country can lose about $3 billion