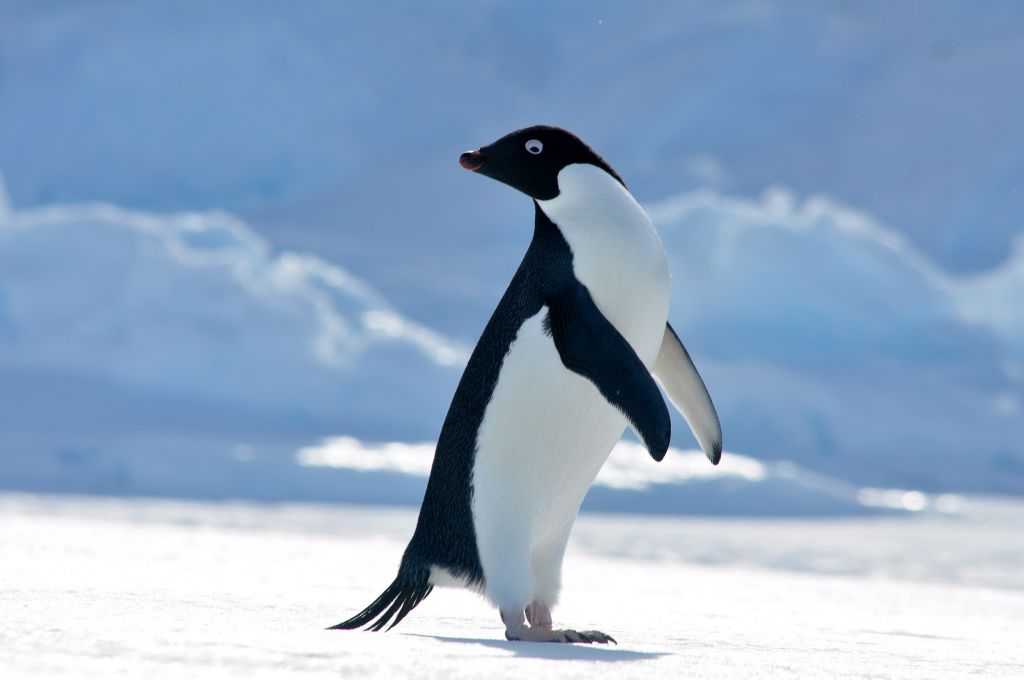 The population of Antarctic penguins is likely to face a demographic boom due to global warming, as the shrinking surface of sea ice allows them to spend less time looking for food, say the experts from the National Institute of Polar Research in Tachikawa, Japan.

Having studied the changes in the life cycle of the most common Adélie penguins that have occurred recently, they came to an amusing conclusion - global warming, which has become a real horror story for all mankind, brings undoubted benefits to these large flightless birds that have learned to live in permafrost.

Cracks and hollows in sea ice that occur in a warmer environment provide more food opportunities, expanding their access to desired fish and krill, especially considering the fact that penguins swim four times faster than they walk.Thus, this means that in the Adélie population is more healthy, well-fed offspring will be born and the average life expectancy will increase.

«It turns out that these penguins are happier with less sea-ice,» said lead researcher Yuuki Watanabe at the National Institute of Polar Research in Tachikawa, Japan.

«This may seem counter-intuitive, but the underlying mechanism is actually quite simple.»

The study was published in the journal Science Advances.

Eugenia Karmalito
More
07-06-2020
«Bear Islands» reserve created in Yakutia, Russia
Russia has created a new reserve - «Bear Islands» (or The Medvezhyi Islands)
07-06-2020
RGO and the Northern Fleet open an expedition to the Arctic archipelagos
The Russian Geographical Society and the Northern Fleet announce a competitive selection of participants on an expedition to the Arctic archipelagos
07-06-2020
Joali Maldives to reopen on Aug 1 with a private island buyout offer
Joali Maldives is reopening its doors to visitors on August 1, and the luxury resort is offering a private buyout option
07-03-2020
Altai Republic opened for tourists
The Day of the Altai Republic is marked by its opening for tourists
07-03-2020
Teberda Nature Reserve is preparing for the opening
Teberda Nature Reserve, located in the Karachay-Cherkess Republic, has begun preparations for the opening of its ecological trails and paths
07-03-2020
Rzhev Memorial opened for tourists
On the opening day for tourists of the Rzhev Memorial Complex on July 1 was visited by about 10 thousand people
Exclusive
Suzdal is preparing to celebrate its 1000th anniversary the best way
﻿Once the cultural and political centre of ancient Russia, Suzdal is annually visited by about 1.5 million tourists
Expert Reports
Cambodia’s tourism sector looks for growth avenues despite COVID-19 disruptions
In 2020, due to the drastic drop in international tourist arrivals the country can lose about $3 billion