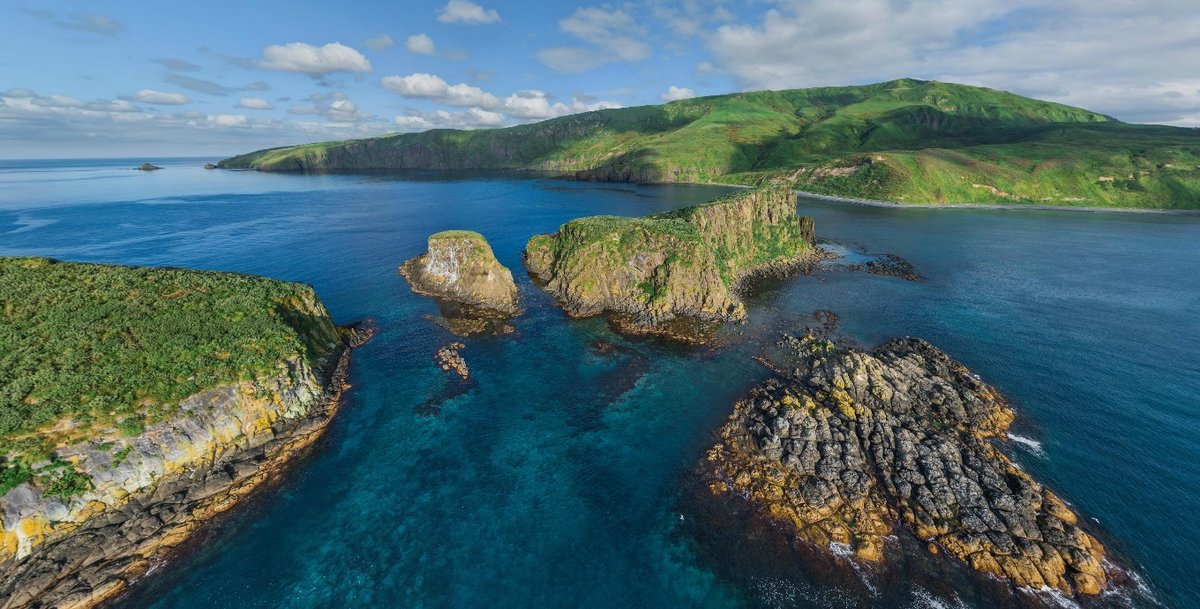 Sakhalin and the Kuril Islands are one of the most beautiful places on the earth. Everyone who has been there thinks so. Just look at the local tourism site, and the emotions will run high. However, those who like to relax in comfort should start booking their tickets no earlier than in a couple of years. The regional authorities promise that the transport and tourist infrastructure will be ready for the arrival of discerning travellers in 2-3 years.

Earth-road: the going is rough

Nowadays, the tourist flow to Sakhalin and the Kuril Islands is about 300,000 travellers a year - next to nothing, especially considering the fact that there are visa exemptions in the islands for a number of countries, and the citizens of 53 states can visit the region by an electronic visa. There is also an additional advantage - Japan, South Korea and China are close where the number of ecotourism enthusiasts is growing.

According to experts, the tourism potential of Sakhalin and the Kuril Islands can increase the tourist flow tenfold or hundred-fold or even higher. As for those who could come to the northern part of Sakhalin, this potential could exceed 2,000 percent, to the Southern Kuril Islands - more than 3,000 percent! It means about a million tourists who do not come to the region now.

This is explained by a poor infrastructure. Today, only about 35 percent of the region’s roads are paved. Almost one third of the main highway - from Yuzhno-Sakhalinsk to Okha - is an unsurfaced road, not to mention the need to modernize and improve the airports and runways, build hotels and motels, and lay new roads.

Mountain air and other attractions

The direction taken a couple of years ago to focus on the domestic tourism, and the current COVID-19 pandemic, seem to increase the interest in travelling around Russia. It remains to understand which directions the tourists will go and whether there is a chance for Sakhalin to take advantage of the favorable conditions?

Judging by the first steps, the region has good prospects to fit into the new mainstream. This year, a programme for the improvement of 14 tourist destinations was launched. The new building of the Yuzhno-Sakhalinsk airport is under construction (scheduled to be completed next year), the runway in Okha and the Yasny airport in the Iturup Island are under reconstruction. Roads are being built, the authorities promise that by 2024, two-thirds of the region’s highways will be paved.

But it's much more than that. Following the infrastructure and the investments from the federal and regional budgets, normally, private investors should come. This means that modern hotels, resorts and health centres should appear. Moreover, there is an opportunity for the construction and the development. The region, located on 87 islands, is rich in sea expanses, pristine lakes and waterfalls, and also in steep mountainous slopes, volcanoes, fumaroles and thermal springs.

The key project for the tourism development in the Sakhalin Region in the coming years should be the Mountain Air Sports and Tourism Complex in the south of the island. It will unite three peaks in a single skiing zone - Bolshevik, Krasnaya and Ostraya, 85 kilometres of pistes of various levels and more than 2,200 hotel rooms.

New hotels, apartment hotels, spa resorts will be built. That said, the extrabudgetary investments are planned at the level of 60 percent.

Among other significant projects, the construction of a year-round mountain resort is planned in the Iturup Island until 2025 that will include a resort, yacht club and golf club, among other things, and also the routes with all the necessary infrastructure on the northern islands of the Kuril Ridge, as well as the ambitious project of the Sakhalin Express tourist train that will go along the heritage railway.

If all these plans are realized, Sakhalin and the Kuril Islands will become the recognized destinations for all-year tourism and recreation, attract the travellers and also will give the opportunities for ecotourism, spa resorts, hunting and fishing, gastrotourism, and extreme sports.

In addition, in the summer, it will be possible to make cruise tours, visit numerous islands and get acquainted with the historical and cultural heritage, and from December to April - go in for mountain skiing.

Despite the fact that all these plans are for the future, Sakhalin is now prepared to surprise. Moreover, not only with beautiful landscapes and pristine nature. The gourmets can enjoy delicious fish and seafood, and avid fishermen can experience year-round river and sea fishing with a great take of fish. Moreover, the farther to the north of the island, the richer the take of fish. In May-June, Sakhalin char and cherry salmon bite; in July, Sakhalin taimen, Siberian stone loach, Siberian salmon, pike, crucian carp, Pacific redfin and bulltrout in addition to them; in August, humpback salmon and Siberian loach; in September-October, rockling and smelt, and the fish choice no less diverse from November to April, too.

But, you should keep in mind that not everything that you fish is yours. For example, fishing the Sakhalin taimen listed in the Red Book is allowed only on the ‘catch-photograph-release’ principle.

In July and August, humpback salmon and Siberian salmon come to spawn almost in all the island’s rivers, it is a real natural miracle. Another miracle can be seen in Lake Busse, the most popular on the island, where fresh water is mixed with sea water. Here, in one place, mussels, crabs, Japanese sea cucumbers, giant oysters, sea urchins and scallops can be seen. Fishing here, by the way, is prohibited. But this, believe me, is hardly the only such amazing place on the island.

Finally, exotic crab fishing in the Sea of Okhotsk is beyond compare - in summer and autumn from a boat, and from October to May you can catch it in the ice hole. The shell of the king crab can be almost 30 centimetres, the extend of its limbs is up to 1.5 metres!

Sakhalin is surrounded by two seas – the cold Okhotsk Sea and the warm Japan Sea. This explains the unique microclimate, the unique flora and fauna. Many species of plants, animals and birds, including a Steller's sea eagle, are listed in the Red Book of Russia. The book also includes 4 out of 10 varieties of whales living on the island. The rarest are Pacific gray whales that a quarter century ago were considered extinct species lost forever.

The satellite monitoring of the Pacific gray whales helped determine the routes and winter ranges of these huge mammals. It was found that their way runs to the shores of North America. The longest distance of 22,500 kilometers was also registered that was covered by Varvara, a 9-year-old female whale, for six months. It covered the way from Sakhalin to the Gulf of California and returned back, as if having seen half the world, it made its final choice in favor of its home.

Many Russians dream of visiting the Kuril Islands and Sakhalin. So far, such a trip is very difficult. The problem is not only the infrastructure, which, we hope, will become much better here in a few years. The problem of airline tickets is no less serious. The matter is that before the pandemic, flying to Europe was 2-3 times cheaper than to the Far East. So far, subsidizing domestic air travels helps to solve the problem, but not completely. Unless this Gordian knot is cut, the dreams will not come true. The new hotels in Sakhalin and the Iturup Island will comfortably accommodate the tourists from the neighbouring countries