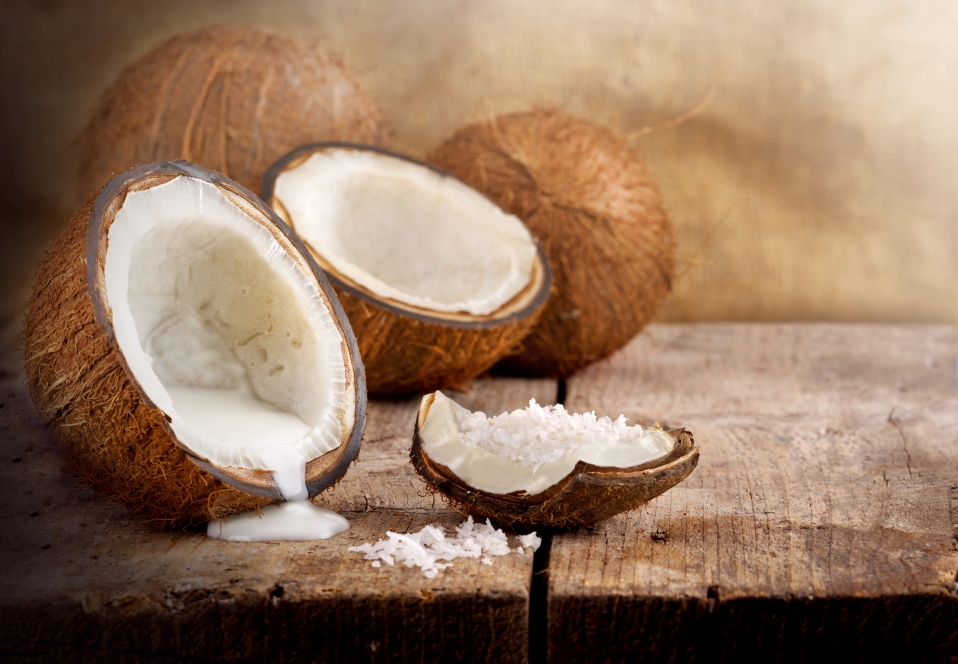 Farmers in the south of India are delighted that the sky's the limit for them, they have the opportunity now not to sell their coconut crop cheaply, but to achieve a considerable stable income turning the coconut water into a powder. ‘Just add water!’ and the powder from the pack will instantly turn into a refreshing coconut fruit drink, the best way to quench your thirst and refresh, as the producers claim.

Anthony Pathadan, managing director of NaturUp, a company specializing in the production and sale of food products containing no artificial flavours or preservative agents, says that for many years, owners of coconut plantations in the southern Indian state of Kerala have complained about the low prices for their products. There was simply no place for the fruits of their labors containing a wonderful natural drink, the shelves of shops were occupied by a variety of preservative-laden drinks, which, unlike fresh coconuts, could be stored for a month without maintaining specific conditions, even in the heat and light. The company realized that the new technologies would help solve the problem and open the global market for the Indian producers and ensure a steady income for farmers.

A team of young technologists led by Pathadan supported by the Kerala Coconut Development Board, the Central Food Technological Research Institute (CFTRI), Mysore, the Defence Research and Development Organization of India (DRDO), and the Pondicherry coconut production units developed a powdered form of the coconut water.

Pathadan says that with the discovery of the new technology, the situation has changed radically, the product has already attracted the international attention. Now, farmers will reap profits, and consumers will be satisfied, because at any time of the year and anywhere in the world, even in Antarctica, they will have access to the coconut water, a natural ‘saline solution’ that quenches thirst and helps not only raise spirits, but also make one feel like new.

A young coconut fruit good for drinking its water, which is picked up 6-7 months after its inception, is called a ‘tender coconut fruit’ in India: there is a little pulp, it is really very tender, like jelly, and the entire cavity inside is full of a clear liquid. Do not confuse the coconut water with coconut milk and cream, famous for their high fat content - these are secondary products prepared from crushed ripe white flesh of the coconut palm fruit adding some water.

In any local market, the seller opens the green fruit in front of his buyer with a broad hatchet taking a coconut from a pile stacked next to his work cart. For little money, one enjoys two things - almost a glass of refreshing coconut water to be drunk through the cocktail straw attached to it, and a half-transparent, jelly-like ripe white flesh, which becomes hard and fills the entire coconut from the inside only after almost a year from flowering. It can be obtained from a coconut chopped at the request of the buyer: a severe-looking seller cuts - with one artful blow of an awful knife - the empty coconut in the air, right in the palm of his hand, then he cuts off a piece of the coconut sidewall, from which a kind of a ‘spoon’ is made. Those who have no prejudice and neglect sterility can collect all the ‘white flesh’ from the inner walls and eat it satisfying hunger slightly after quenching their thirst.

It is noteworthy that the inner content of a coconut is absolutely sterile, the coconut water contains natural electrolytes, and during World War II, this ‘saline’ was successfully used in hospitals on the Pacific Ocean islands, when they did not have enough quantities of the donor blood, and thanks to it, many people were saved.

According to Pathadan, online sales of this tender coconut powder are going well in a number of northern Indian states where these coconuts do not grow ripe. His company has also started selling it in the supermarkets in Dubai and is ready to enter the markets in Australia, Brazil and even Iceland - in many countries where communities of the Kerala natives live who cannot imagine their diet without a native product that they not only drink but also use in preparing a variety of their south Indian dishes.

For example, widely popular rasam soup is based on the coconut water used as a broth, with an addition of pieces of pulp. The dressing is a Rasam powder, a mixture of spices pan-fried without oil: seeds of coriander, jeera, kasuri methi with the addition of turmeric, silphium, red pepper and yellow lentils. Exotic sweet and sour taste and rich flavour can amaze even the most discerning European gourmet. Chicken is also stewed in the coconut water in Kerala, and the coconut water is often used to make marinade in Southeast Asia. Finally, it can be used instead of a chicken broth to cook the famous Thai Tom Yum soup: adding a glass of coconut milk or cream will be perfect, and without a fat chicken broth, the calories of the new ‘fusion’ soup will be significantly lower.

In recent years, the coconut water, promoted as a universal ‘miracle’ drink, has become very popular in the United States and some European countries, where the population is simply obsessed with the healthy diet, and finally, this trend has reached Russia.

The demand fueled by marketers is rapidly growing, it is promoted by celebrities and prominent athletes and promises to ‘moisturize the body and help get rid of a number of problems: from a hangover to cancer and kidney stones.’ But how efficient are the so-called ‘healing’ properties of the coconut water extracted from the tropical fruit is to be studied.

According to renowned American nutrition expert Joe Levin, low calories, potassium content in one fruit greater than in four bananas, and superhydration are just some of the many benefits attributed to the coconut water in America. He notes that a lot of hype has been around the coconut water, but so far, no serious studies have been made to support the mythological properties of this liquid. He adds, that compared to most other juices, it contains higher levels of potassium, magnesium, calcium and less carbohydrates and calories. However, 100 ml of the coconut water also contains 262.5 mg of salt (a daily norm is 6 g), which should be taken into account in case of a salt-free diet. The coconut water is not an ideal drink for sportsmen, as it does not provide enough protein and carbohydrates for replenishing their quantities lost due to sweating, and it also contains insufficient sodium, which is lost during sports exercises in much larger quantities than potassium. However, if you enjoy its taste and your budget allows, the coconut water will be a nutritious and relatively low-calorie way to add potassium and enough water in your diet.

In general, the opinion of experts is unambiguous about this: the coconut water is a good drink, provided that you like its peculiar taste, but a birch water collected in Russia is not inferior to it as for the content of vitamins and minerals. In addition, the sublimation process used to obtain the coconut water powder inevitably destroys some of the useful substances. Drinking the coconut water is best in your trips to tropical countries, in the hot sun, closer to the equator, as the Russian proverb saying that everything is healthier where it grows.