Zelenogradsk that was called Kranz (German: Cranz): the water and the flame of the Royal Resort
News
Exclusive
Expert Reports
Blogs

Zelenogradsk that was called Kranz (German: Cranz): the water and the flame of the Royal Resort 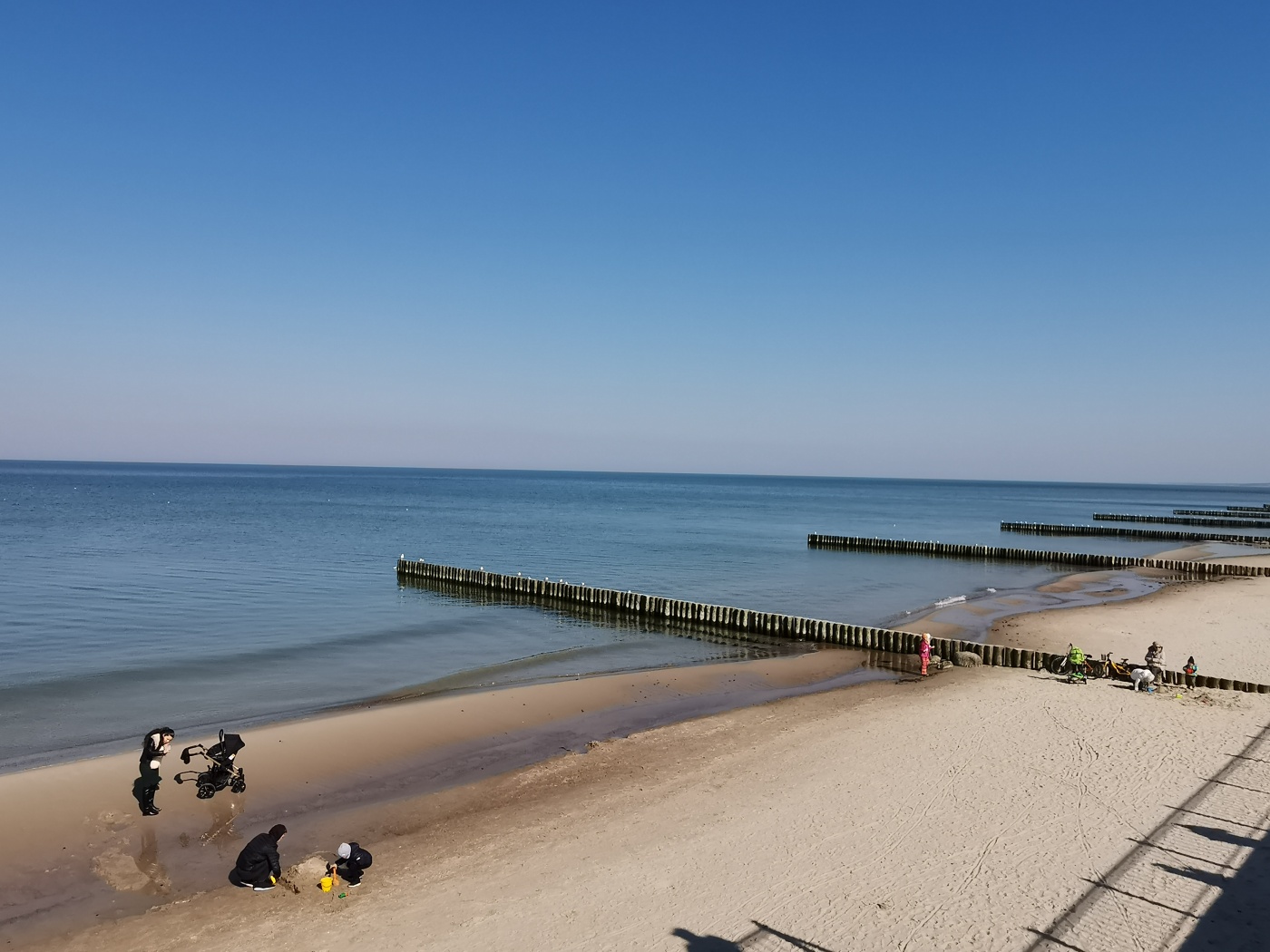 Lyubov Ivanova
Correspondent in the Balkans
05-11-2020

The sensational news spread over the Prussian kingdom at the end of the 18th century: in a small village on the Baltic coast, ordinary fishermen lived longer than the aristocrats of neighbouring Königsberg. This was the beginning of the resort history of today's Zelenogradsk.

This spa resort is a favorite vacation destination of the people of Kaliningrad, and not only because the capital of the region is not far. In addition to healthy sea air, healing mineral waters and a wonderful promenade, Zelenogradsk is also interesting for its pre-war architecture, original museums and unexpected discoveries: this place is home to ‘golden’ flounder, Vladimir Lenin ‘meets’ Queen Louise here, and the angels sound trumpets into the ears of smirking skeletons. And besides, quite recently, cats took up the whole town. 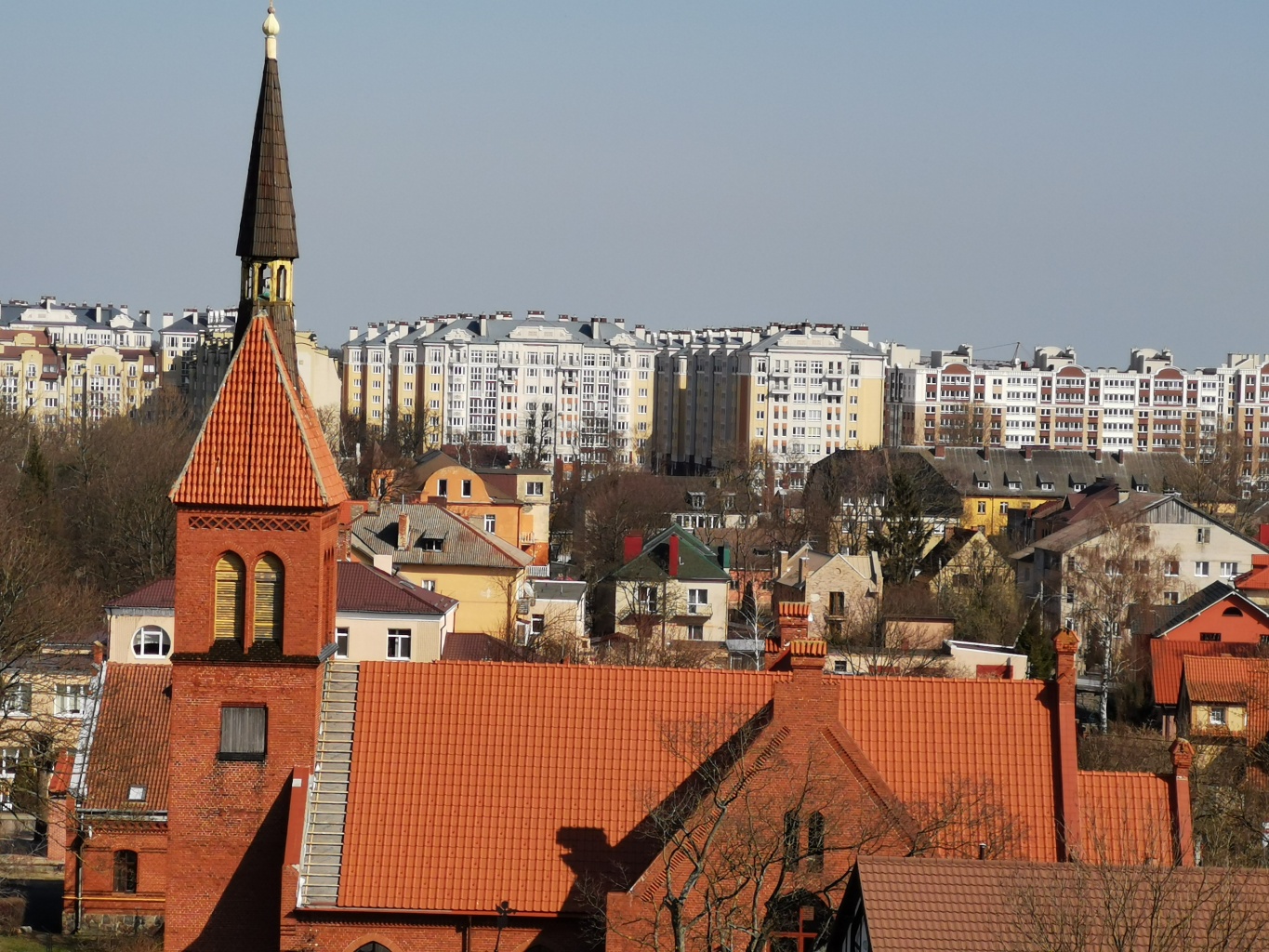 In modern Russia, an old health resort on the southern coast of the Baltic Sea is less known compared to the Caucasian mineral waters. There was a time when the local resort was popular with the crowned heads of Europe. And besides, the Russian aristocrats often visited this place to enjoy sea baths and take the mineral waters at a spa. True, until 1946, this pleasant place was called Kranz (German: Cranz).

At the order of the Prussian King Friedrich Wilhelm III, it was decided to set up and equip the first sea baths for therapeutic purposes here: mineral baths were taken to restore strength, relieve pain in the joints, and improve the cardiovascular system. In 1816, noble persons from neighbouring Königsberg (now Kaliningrad) visited the resort that received the status of the ‘Royal’ one. Over time, a mud cure was added to the sea-water baths - they started to use the peloids extracted from the ancient bottom sediments to treat also arthritis, osteochondrosis, and skin diseases. 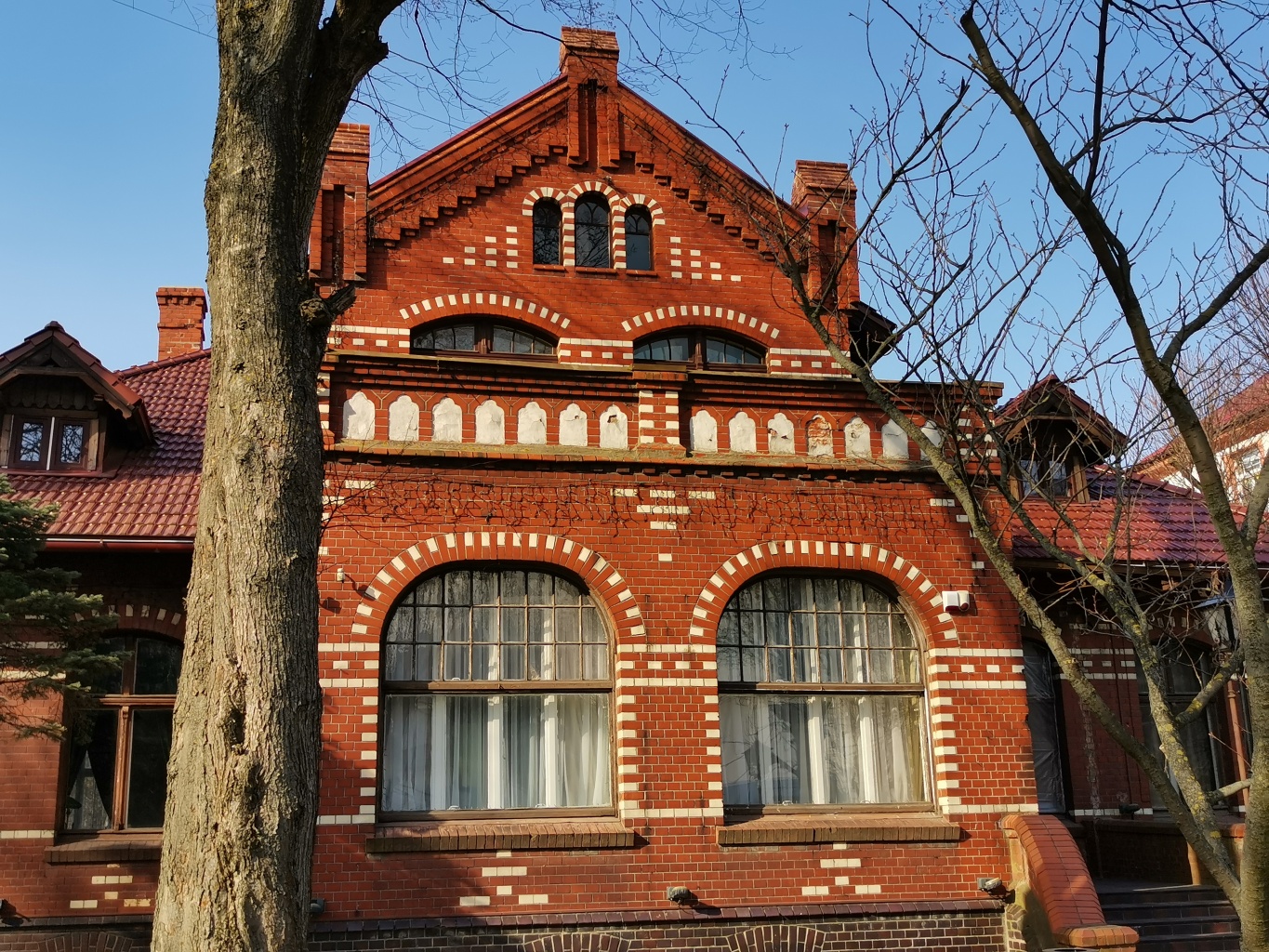 When revitalising mineral springs were found to cure stomach diseases, arthragra, diabetes mellitus and even senile dementia, a real pilgrimage began to Kranz. In search of health and longevity, everyone was eager to come here - from noble aristocratic families to simple residents of neighbouring Königsberg. While the former preferred to settle in comfortable apartments, the poor people rented rooms in the houses of fishermen.

By the end of the 19th century, a small village rapidly turned into a new fashionable watering place on the coast: hospitals, hotels, and luxury villas were built. Some of them are still there. The health resorts of Kranz became so popular that even members of the royal family came here. The locals were especially fond of Queen Louise, and one of the Zelenogradsk parks still bears her name. It’s funny that in the place names of the resort, the crowned person and the leader of the world proletariat met ‘face to face’ as Lenin Street is adjacent to Queen Louise Square! However, while everyone knows about the Queen’s romantic visit to Kranz when she escaped over the border to save herself from Napoleon, there is no information about Mr. Ulyanov-Lenin’s visit to this town. 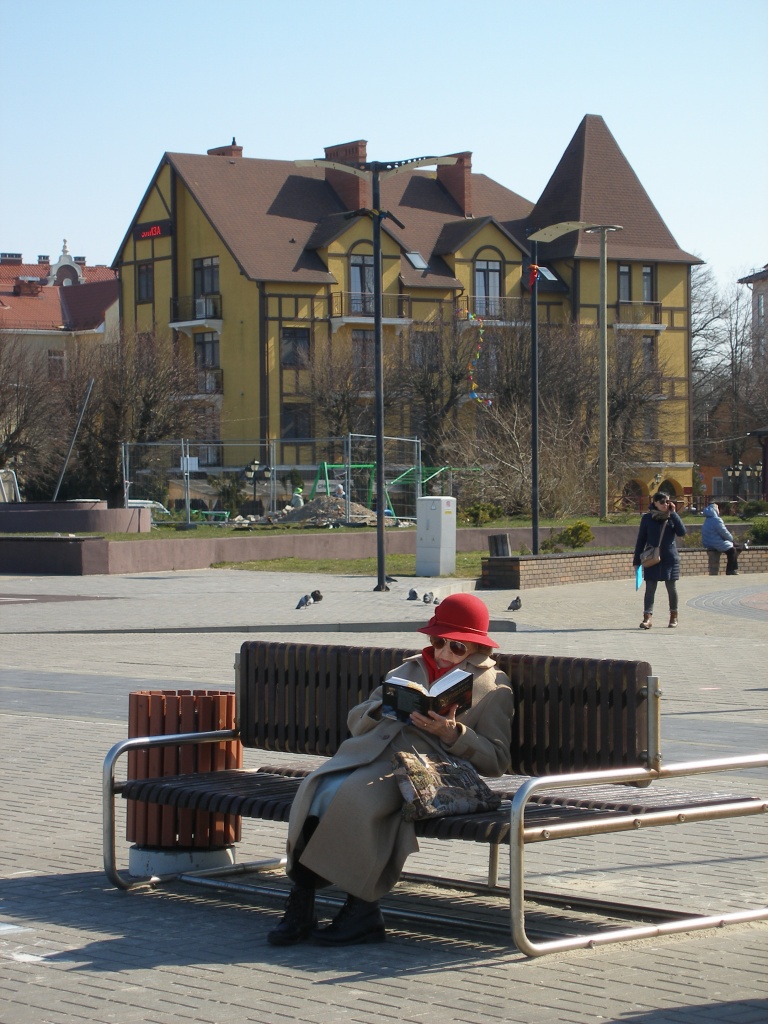 At the beginning of the 20th century, the aristocrats from Russia also got treatment and relaxed at the resort. In 1901, Pyotr Arkadyevich Stolypin visited the balneological resort, as evidenced by the memorial plaque in Lenin Street, 1. Of course, he underwent medical treatment, but this did not make the prime minister’s life longer.

Max Krell (German: Crell), the resigned burgomaster of Memel (now Klaipeda, Lithuania) had a chance to enjoy a pleasant life after spending his last years in Kranz. The successful attorney and official thought of his ‘silver years’ in advance and had a gorgeous ‘gingerbread’ villa built in the town. His house has been preserved up to now, and even his name. After all, the building is a cultural heritage site, and has the official name ‘Villa Krell’. Now, it houses the local history museum of the town. It meets everyone arriving at the station. Interestingly, it was here that the first roadside tavern Kranta-Krug (mixed Prussian-German: Tavern on the Beach) was once located.

In general, the historical heritage is important in how the present resort looks: despite the cataclysms of two world wars, the town was not destroyed by military operations. The interesting buildings of the 19th and early 20th centuries have been preserved in the town. The downtown area reminds about the brilliant bygone days of Kranz.

Unfortunately, in the Soviet period, some of the monuments of those bygone days fell into disrepair. The country needed efficient citizens fit for work, and the government thought the least about some Prussian kings at that time. Zelenogradsk was developed as a health resort: today, there are several sanatoriums and boarding houses - Zelenogradsk, Zelenogradsk 2, Neringa, Teremok (for children) - and many hotels in the town where people can undergo a full course of treatment. There were many options to get some treatment and improve health. Unfortunately, some of the old buildings were rebuilt to resorts and boarding houses without taking into account their historical value. Nondescript ‘Khrushchev’-style buildings appeared among the sections of the 19th century buildings and introduce dissonance into the existing architectural appearance of the resort. 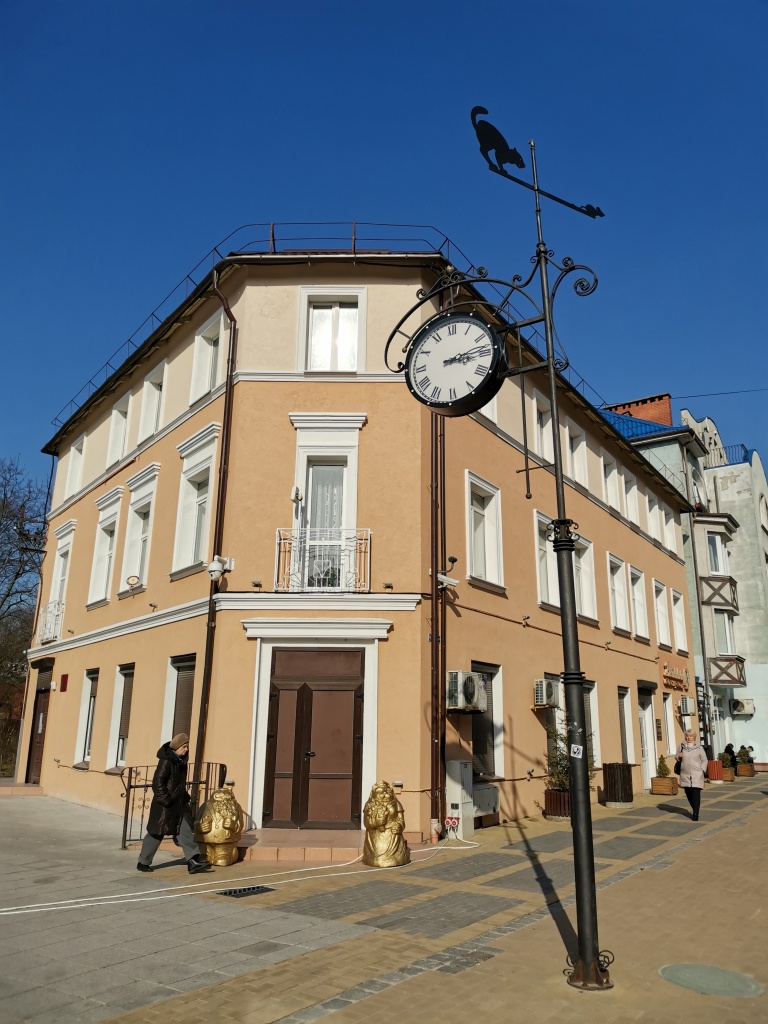 Today, the local authorities, in partnership with private business, are trying to preserve what remained using the old buildings in the tourism infrastructure. The Kurhaus Hotel is an interesting example: the building was constructed in 1843, the main Kranz hotel was located in it, now it is completely renovated and functions as a hotel. The town library and the education department are now located in another well-known renovated hotel of the late 19th century, which does not reduce its tourist attractiveness: it was here that Stolypin and his family lived during their treatment at the resort. A plaque on the front of the house reminds of this.

The town railway station (1885) has been preserved and is operating in its original form, and the Kranz post office built at the beginning of the 20th century still delights the eye with its neo-Gothic forms. And, of course, the famous German churches (kirchen), we cannot do without them! The Lutheran church of St. Adalbert (St. Adalbertskirche) built in 1896 (now, the Transfiguration Cathedral) and the Catholic chapel of St. Andrew built in 1903 (now, the Church of St. Andrew the First-Called) remained in their original beauty in one of the main streets of the town, however, their names were changed and they are assigned to the Russian Orthodox Church.

But the former water tower built in 1904 stood idle for almost 60 years, gradually collapsing. It got to the point that by the year 2000, the dome was about to fall down. Only in 2006, it was possible to begin the reconstruction of the building. As a result, the tower has become a symbol of Zelenogradsk visible from many streets of the town. The Murarium is here now, a private museum dedicated to cats. Certainly, we, true fans of these pretty companion animals, could not help visiting it and carefully examined the exhibits of all 5 floors of the exhibition. 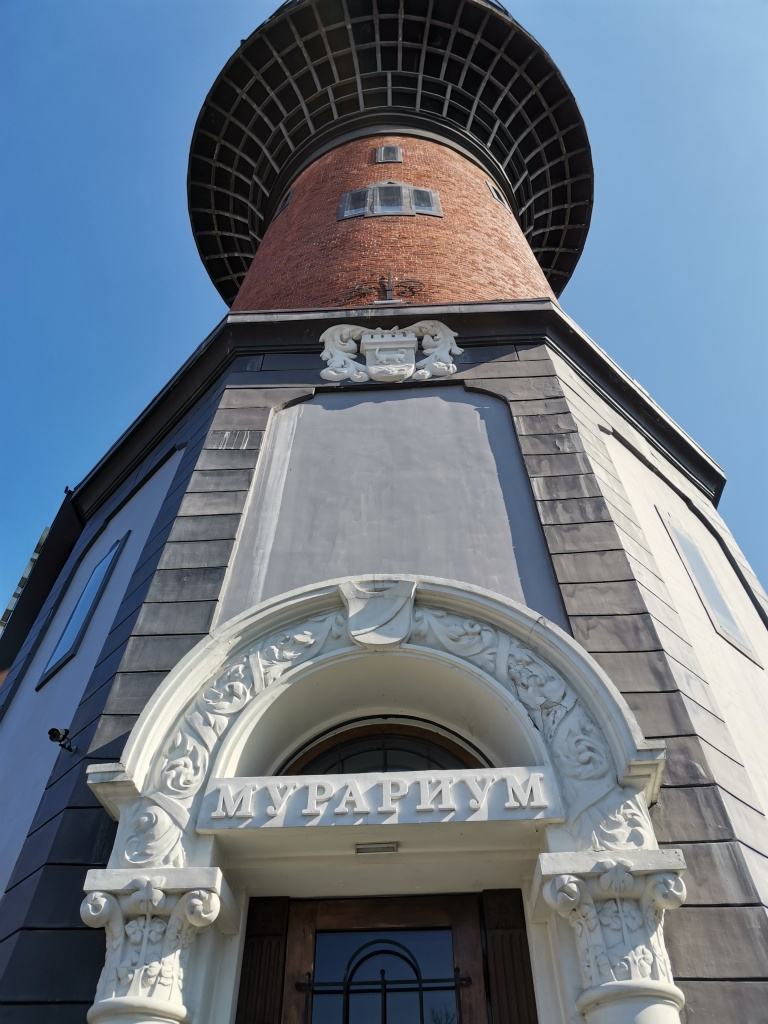 In general, cats are a new trend in Zelenogradsk. There are cat houses, feeding places, many sculptures dedicated to these furry animals. The town hires a ‘cat сhief’ - a responsible employee who attends to the stray cats and the entire ‘cat facilities’. The feeding procedure for these tailed and striped animals in one of the town parks has become a free attraction: the ‘cat chief’ appears on a bicycle, wearing a smart suit and a top hat and ‘escorted’ by a band of cats: they know the time, place and, it seems, even the name of Svetlana Lagunova who gives them food and is their caring ‘mom’. 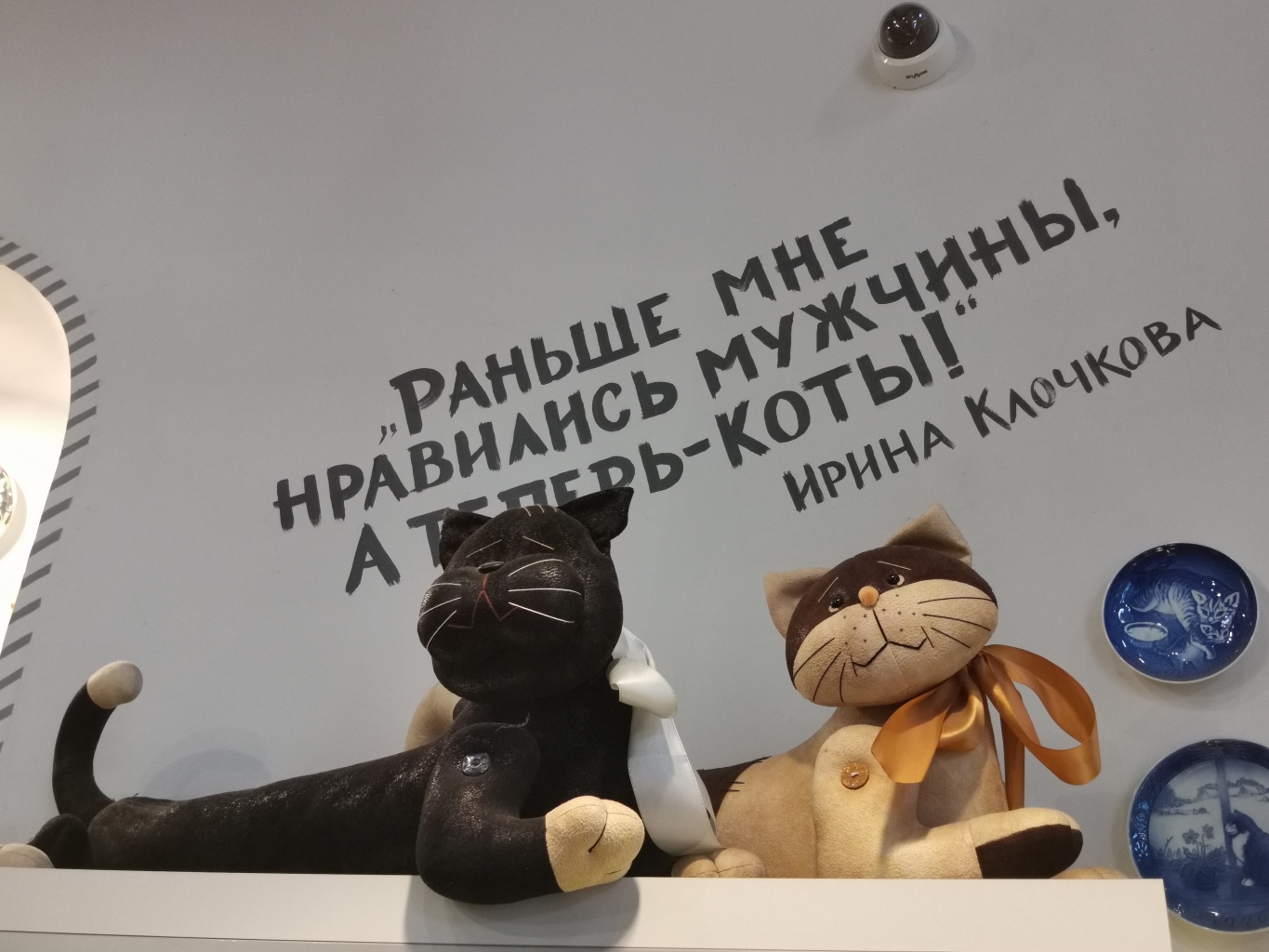 You can watch this without getting down from the water tower: at the very top of the tower, there is a viewing deck with a telescope. Even without it, an amazing panorama of the town opens from a height of 24 metres. You can clearly see the building boom in Zelenogradsk: the blocks of comfortable modern houses are being constructed. Fortunately, these are not plain modular prefab houses, but apartment buildings of original architecture. The town can boast that it is booming. It is necessary to take care that the charm of the old resort would not disappear among these new buildings.

There are a couple of fun places near the tower: the small Museum of Angels and nearby, there is the Museum of Skulls and Skeletons. In the house of Angels, it is pleasant to relax with children, but the Museum of Skulls and Skeletons is not a pretty sight for the faint-hearted. However, if you got frightened of the exhibits, you can calm down by drinking a glass of local Zelenogradskaya mineral water. It is sold here at every turn. And on the promenade, you can taste a healing drink for free: in 2006, Alexander Dronov, a local philanthropist, gave the town a mineral spring made as a well-room and named after unforgettable Queen Louise.

After the Museum of Skulls and Skeletons, we wanted to see something more serious. Moreover, the lunchtime was coming. Zelenogradsk did not disappoint us: there are a lot of restaurants, cafes and snack bars in the town. Moreover, there is a large choice of beer, which is typical for the entire Kaliningrad Region. This time, we enjoyed the red Lithuanian beer that is perfect with the local delicacy - flounder fried on pine cones, which gives fresh fish an amazing flavour and it looks golden. That's why the dish is called ‘Golden Flounder’.

Finally, we were treated to a cup of aromatic coffee ‘a la Zelenogradsk’ - we had a cup of coffee that fulfills dreams. The order included a slip of paper and matches. For the ‘dream to come true’, you should write your dream and immediately burn the piece of paper.

Of course, our dream was to ‘burn down’ the coronavirus. Now, we are waiting for this dream to come true.