Life at the bottom of the Turia River 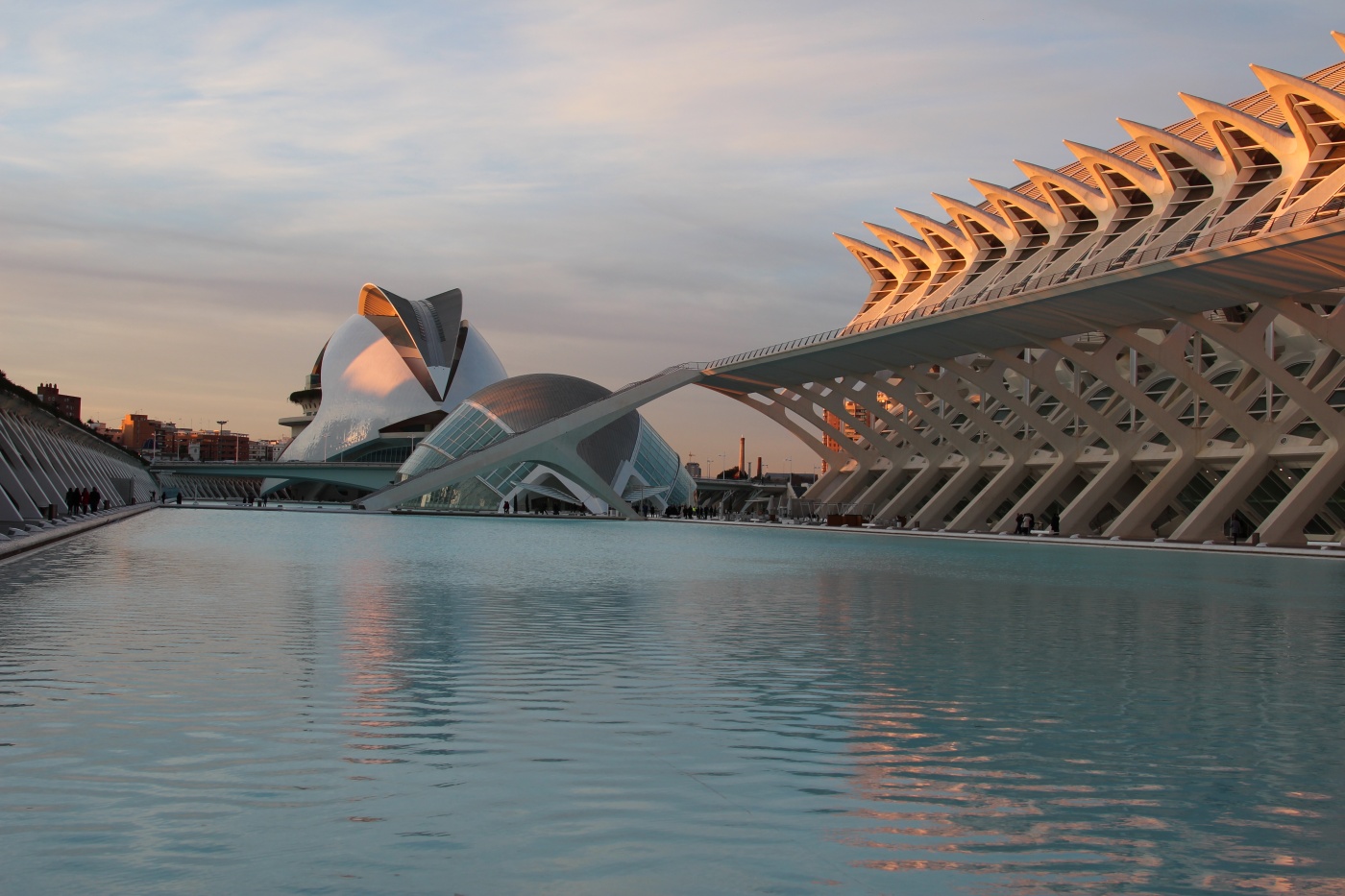 A beautiful city without a real big river can hardly be imagined. The waterway in addition to its just utilitarian function always plays a more important role to attract people by its rapid stream, it gives freshness, brightens up everyday life, inspires artists and poets. It seems that there is always something intimate, even mystical, in the relations between a city and a river.

Valencia, one of the most beautiful cities in Spain, did not somehow have a good ‘relations’ with the river. The reason is that the Turia river is too violent, it often flooded the city, not only causing damage, but also taking lives. In 1957, when the river actually slammed into the city, forcing the Valencians to get to the upper floors, roofs and stands of the Mestalla stadium (‎Estadio de Mestalla), the people’s patience came to an end.

Immediately after this flood, it was decided to lay a new riverbed at a safe distance from the city, and to build a high-speed highway to replace the old one. The river personifies the movement, the same meaning has a large multi-lane highway.

This idea, as they say, belonged to General Franco, and, fortunately, it has never come true. Instead, the Valencians gave the empty channel another movement that brings the joy of a full life to all the generations of the Valencians.

The idea implemented in Valencia seems revolutionary even today, when in modern European cities with high environmental standards and well thought-out public space, the river and the surrounding areas, as a rule, become a huge recreational area: people enjoy roller-skating and cycling along the river, they go for a walk nearby, meet each other or just sit and look at the water.

Even half a century ago, the very idea of ​​turning the wide riverbed into a real eco-recreational zone passing through the whole city, probably, looked fantastic. Just imagine, an avid runner or cyclist, right in the big city with about one million people can ‘dive into the river’ and - without roads, crossroads and traffic lights - run, play sports, enjoy the beautiful view and breathe fresh air.

Fortunately, over the years, the riverbed has become a real park zone - with paths, lawns, flowerbeds, fountains and ponds, numerous trees, including very exotic ones like ‘bottle’ trees. 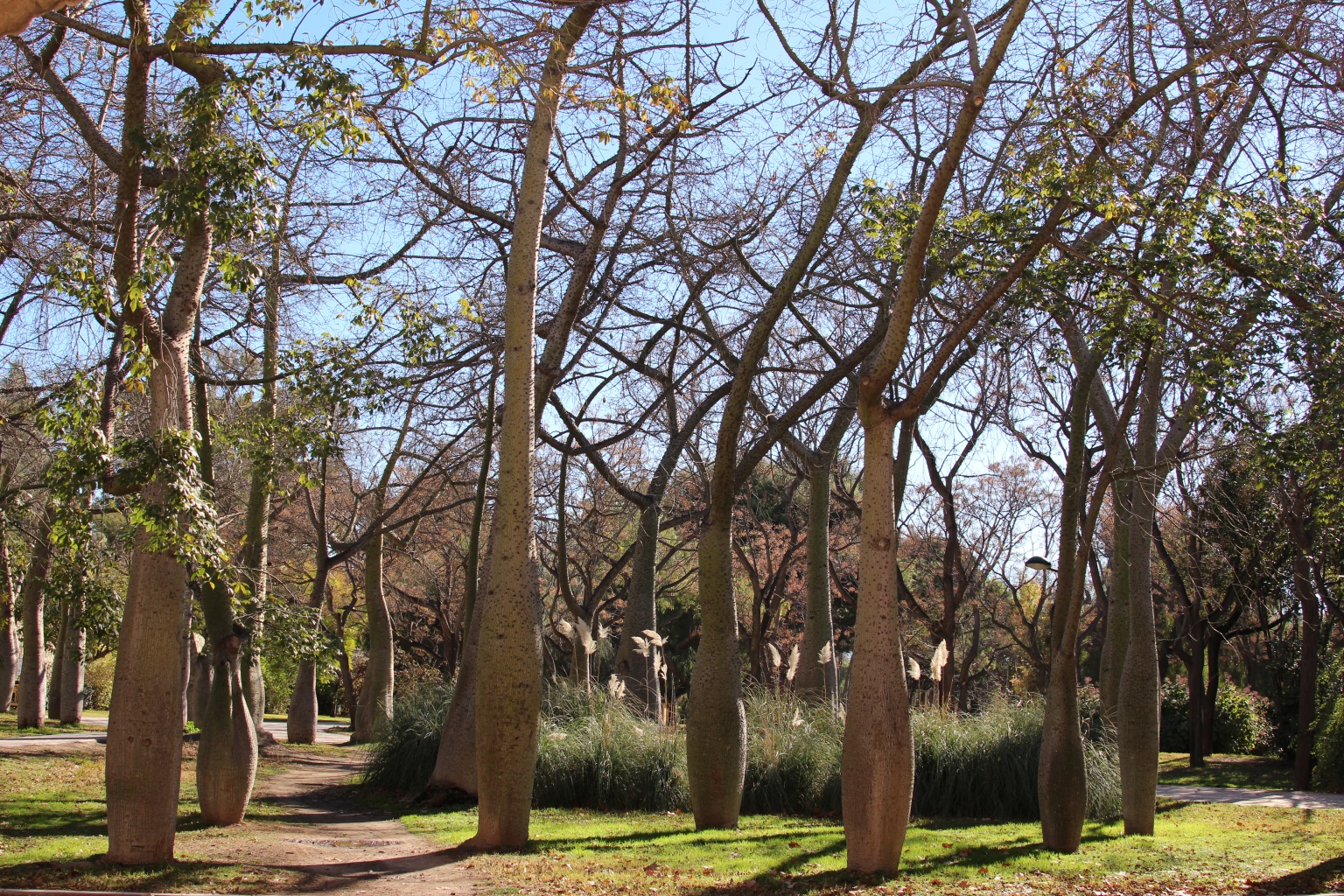 A real green oasis, through which cars and foot passengers move on top of it - over the motorway and the foot-bridges - not interfering with the work of the ‘green lungs’ of the city. Among the bridges across the Turia built in the 16th century decorated with sculptures and intricate architectural forms, there are the Royal bridge (Puente del Real) and the Sea bridge (Puente del Mar), the designer Bridge of flowers (Puente de las Flores), and, finally, the Bridge of Arts (Puente de las Artes), which is a stunning example of avant-garde architecture.

It was not by chance that the latter was built here. As if in contrast to the luxurious middle-aged Valencia, the former river delta in recent years has been decorated with the ultra-modern buildings of the City of Arts and Sciences (Ciudad de las artes y las ciencias), a cultural and architectural complex. Thanks to its futuristic look, it received another name, the ‘Town of the Future’. Its designer, the Spanish architect Santiago Calatrava, calls his style ‘bio-tech’ hinting that the nature itself prompted the ideas for his creations.

These buildings, indeed, are breathtaking: L'Hemisfèric — IMAX cinema on the water resembles a huge all-seeing eye, the Queen Sofía Palace of the Arts (Palau de les Arts Reina Sofía) reminds one of a knight's helmet or a fish’s head to someone, and the Museum of Natural Science (Museo de Ciencias Naturales), is a huge whale’s skeleton. Here is the building of the Open-air oceanographic park (L’oceanogràfic) looking like the one on a far-out planet, and the bizarre arches of the greenhouse and the sculpture garden ... 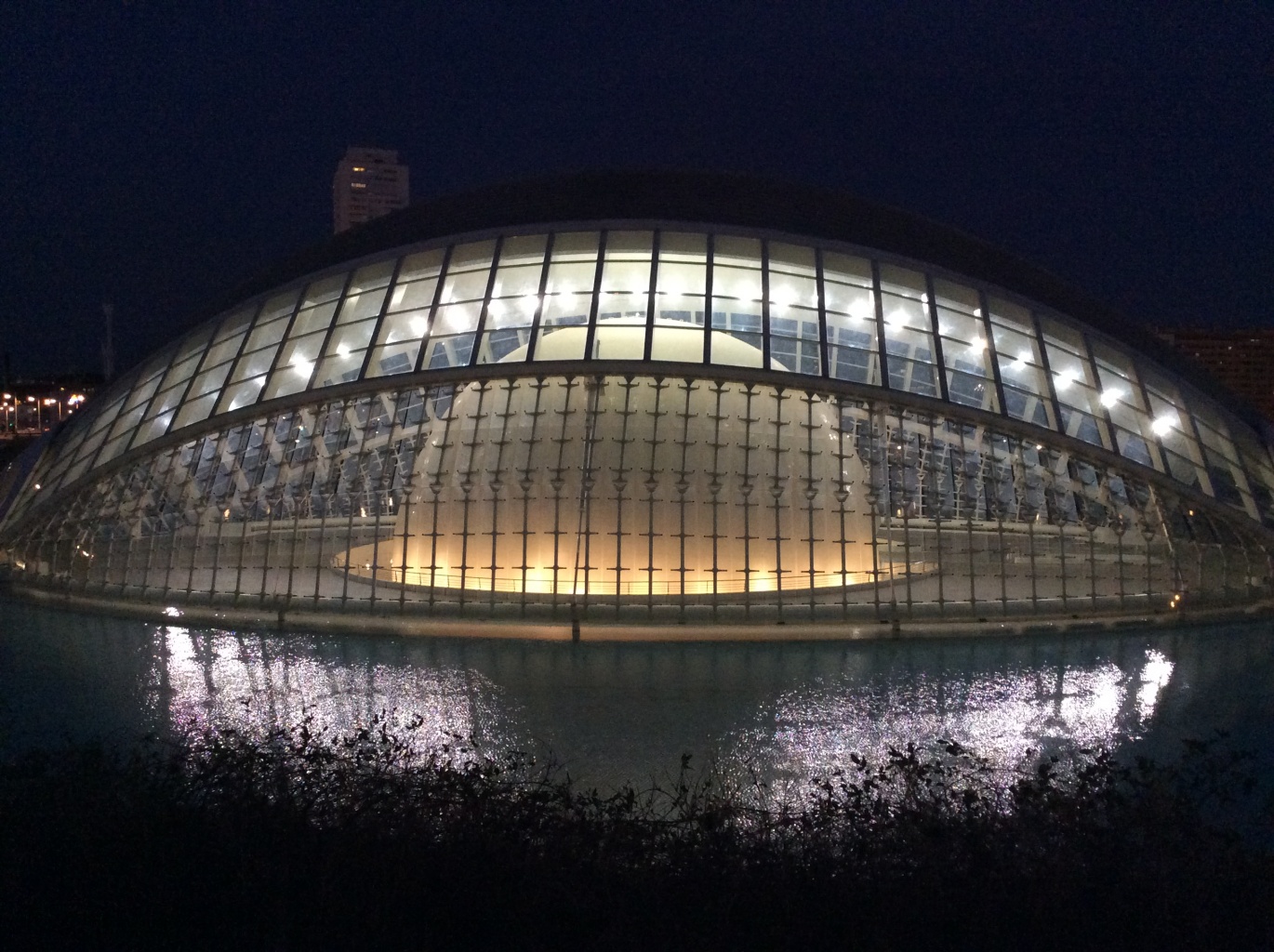 Seen from a different angle and at various time of day, the City of the Future seems to be constantly changing and playing with shape and color, building new bizarre images. It depends on your imagination what you see. And also, on the artistic solutions of the talented designers who continue experimenting with lighting and the surrounding landscape.

At the bottom of the river, it seems that there is everything needed for entertainment - a bio-park with several geographical areas specially simulated for various animals, a botanical garden, a Gulliver’s children’s park with Gulliver lying here at his full height, and even a real football field and a rollerdrome. 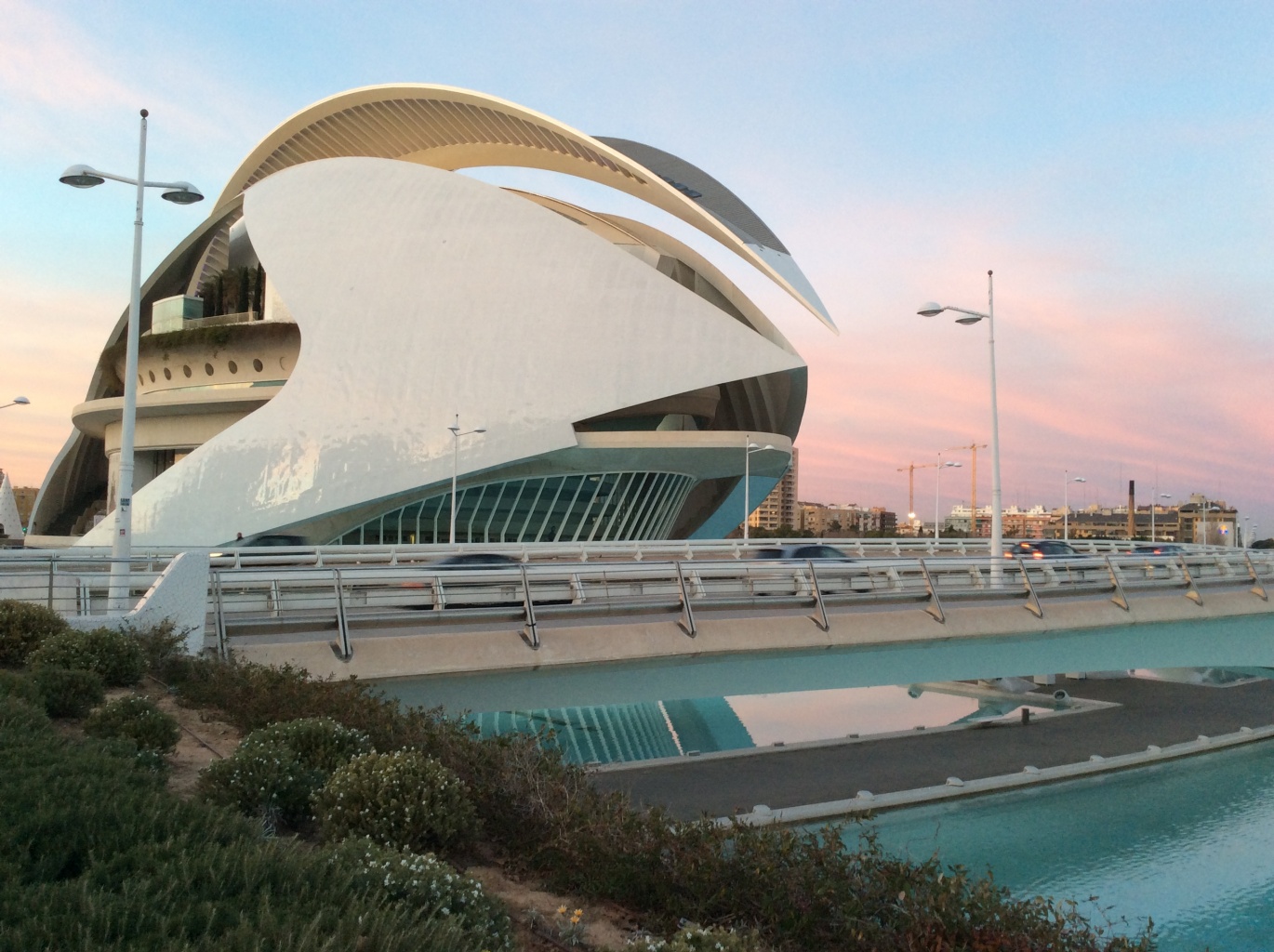 As it should be, life keeps on being stormy at the river. Anyone can find something to do here to keep the body and soul ‘working’. Come over here, put on the rollers and go ahead! But, of course, not right now, but when the coronavirus spread and quarantine period are over. To be honest, I am already eager to go cycling.